If you’re the parent of small children in this global pandemic, stop right now and order a drone. It will keep you (photographically) sane during what is most definitely a trying time. It certainly has helped me.

It’s possible you’ve caught my drone horror story already, and while it’s possible to assume that I’d write off drones for good after that, it turns out they have become the photographic tool that I use several times a week. Here are three reasons why that’s turned out to be the case.

It Gives You New Perspective

Quite literally, drones can give you a new perspective on your photography. When you’re cooped up in and around the house to avoid getting sick, flying a drone (within visual line of sight, per FAA rules of course) can give you another look at the things you’ve seen all the time. If you do venture out to one of your favorite photography spots, shooting it from the air will breathe new life into tired old scenes. I’ve shot video of Montauk in countless ways, from ground-pounding to 360 video, and last weekend I was able to say I’ve now shot it from the air:

I haven’t shot as much video over the years as I’ve liked, and having some drone footage handy now gives me a push to force myself to shoot better video all around to accompany the aerial shots.

I’ve somehow ended up with both a DJI Mavic Mini and a DJI Mavic Air. While the latter is a bit more of a serious photographic tool than the mini, both are capable of some seriously fun flying. The Mini has the added bonus of being pretty quiet, comparatively speaking, and I’ve often found myself just zooming it around the back and front yard and practicing manually tracking the kids playing from the air, just for fun. I like to think of it as the grown-up version of the RC cars I had as a kid.

Battery Life Is Terrible, but Perfect for Parents

One of the things I often find myself doing as a parent of small children is going out for a drive so that they can get a nap in or my wife can get some distraction-free work done. While it’s not practical (or legal, or safe) to carry around a full DSLR setup and lenses and walk away from sleeping children in a car, the Mavic drones fold up small and fit in tiny cases. Their pitiful battery life (about 15 minutes for the Air, 25 or so for the Mini) means that I have a built-in time limit for how much fun and photography I’ll actually be allowed to do, which means I can’t get carried away. This is probably the biggest reason I’d say the drone has kept me sane. It’s allowed me photographic exploration and fun in bite-sized chunks, mostly because of batteries. And even the smallest amounts of fun are welcome in these times. 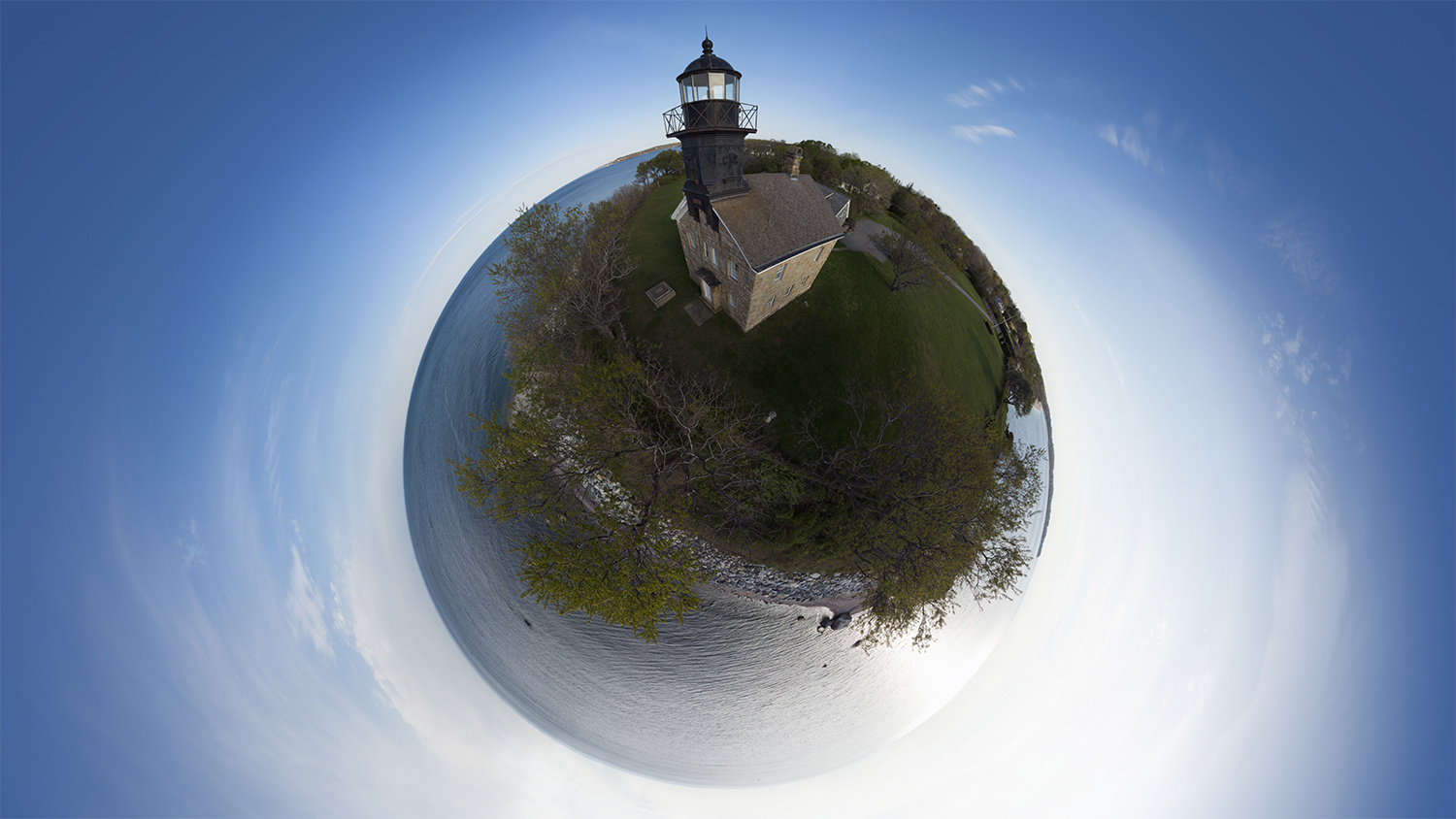 An aerial 360 of the Old Field Point Lighthouse in New York. I took this photo while my daughter was sleeping in the car next to me in a matter of ten minutes.

If I come across something interesting on my drive, I can get some flight time in for a closer look, all while standing next to my car (and sleeping kids). My napping daughter handles the angry bees sound of a Mavic Air surprisingly well.

What Do You Buy?

One possible hangup here, if you’re convinced to buy a drone: You may not be able to buy the most popular ones for much longer. A recent court ruling said that DJI violated a patent held by Autel Robotics a competing (and much less known) drone company regarding the propellor mechanisms in most of the company’s drones, which may force DJI to halt all U.S. sales in the coming months until it works out a solution. While the DJI Mavic Mini uses a much more cumbersome screw mechanism and doesn’t fall under the no-sale order, most of the company’s other models do.

So while I chose DJI drones, maybe an Autel Evo is in your future after this court ruling? Either way, if you’re a parent and a photographer in this pandemic, treat yourself. You’ve earned it.

I hope you got a special permit from OPRHP to fly your drone at NY state park otherwise you could be in big trouble by posting this video. And unfortunately in states like Colorado you can not fly drones in state parks period. And if you live in metropolitan area there is practically no place to fly drone legally. New FAA regulations coming up in near future will make it even harder to fly drones for recreation.

Try FPV inside your home for real fun....

Yeah stop right now and order a drone and then spend time and money taking the pilot test to fly it, then download the app that tells you there is no place to fly without permission. Then send the drone back.

Don't you need a permission for using drone to post the photos and videos afterwards? Many photographers add their watermarks or photoworks signatures, thus they'll be easier to track down if they broke the rules. That being said, I really love pictures taken from drones, they look magical!