Last year, Sweetgrass Productions made an incredible skiing short film, "Afterglow," which they followed up last month with "Darklight," its mountain-biking equivalent. Right away, one of the film's main intents is to blast you with color. Entire mountainsides have bright, neon-colored hues cast over them as bikers bomb down them through lime-green forests and over deep orange-magenta ravines, all in the middle of the night.

As an advertisement for the Philips Ambilight television technology, the film does a remarkable job of matching the idea of creating an aura of color. Whether or not that makes the film difficult for some to watch is another story. However, it's equally important to remember that it's companies like Philips that provide the budgets for film crews like those of Sweetgrass Productions and extreme sports stars such as Graham Agassiz, Matt Hunter, and Matty Miles to have their fun, which affords us our own entertainment and wonder.

Dragging massive HMIs and thousands of feet of stingers, bates, cables, etc. wasn't easy. And then there are the camera rigs: the RED Dragon on a drone for aerial shots over the mountain, a cable-cam system for fast, smooth shots through the dense forest, and TomTom POV action cameras for the occasional in-the-action shot. To say this is all impressive would be an understatement.

See the final video below: 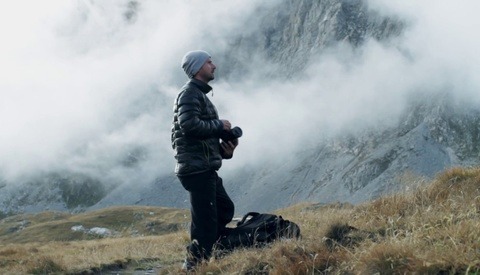 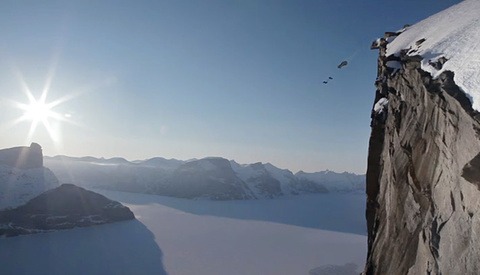 If you ever get a chance to see pro mountain bikers on that level ride in person, do it. The videos and photos don't do them justice. It'll blow your mind. Thanks for sharing the BTS. I hadn't seen it yet.