Photoshop CC has long been Adobe’s flagship and most recognizable creative product. This marks the first time the software will be available off the desktop in a full-fledged and purely touch-optimized package since Adobe originally released Photoshop 1.0 nearly three decades ago.

While Photoshop CC won’t be available on iPad until 2019, we can still get excited about features like full PSD support and cloud document syncing with Adobe Creative Cloud. This is a full version of Photoshop that will be running on iPad. Any changes made on the desktop can also be made on the iPad, and PSD files can be started on one device and finished on another in either direction and multiple times throughout a project’s life. 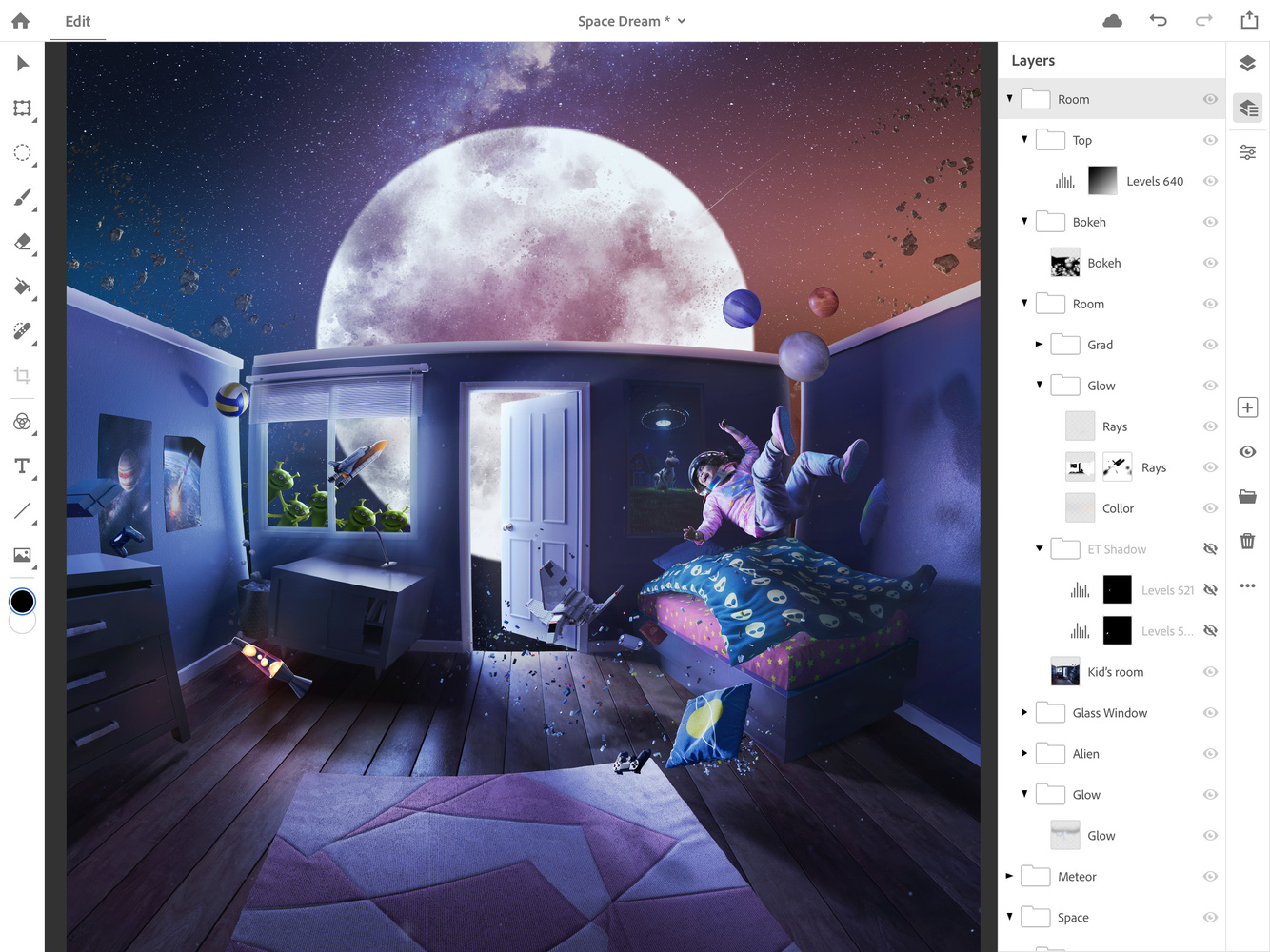 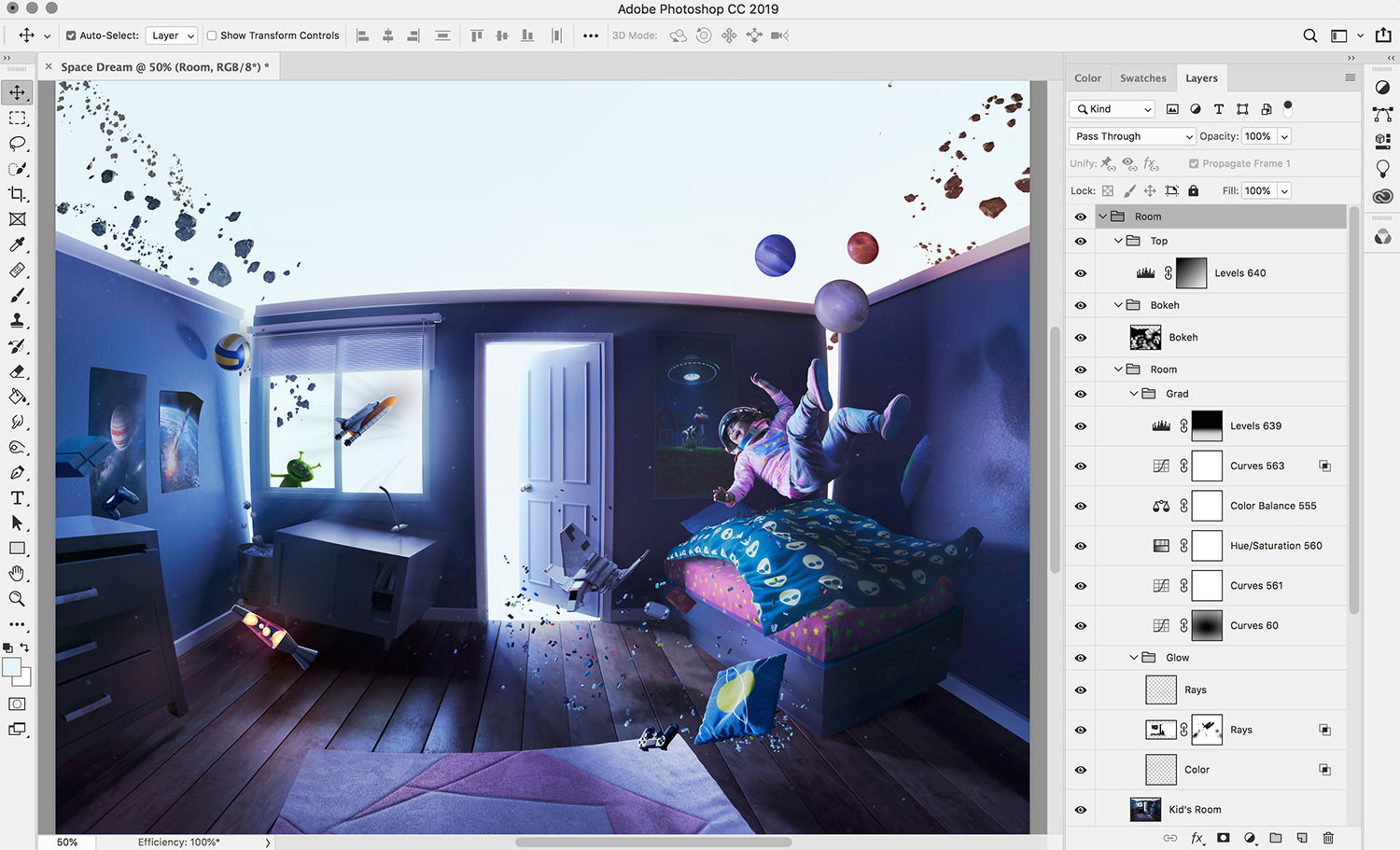 The iPad version of Photoshop CC draws heavily on the user interface design from Adobe’s latest mobile applications. A much more slimmed-down version of the panels and tools helps leave maximum working space on the iPad. But an entirely new system of expanding, docking, and rearranging tool panes makes Photoshop actually usable on mobile in a way that it hasn’t been before in other implementations that simply introduced a touch interface to the current desktop version of Photoshop CC.

Furthermore, a new Touch Modifier tool acts as a miniature tool toggle that stays in the bottom corner of the display and is a brilliantly simple way to make up for what might otherwise be a lack of control one might miss from not having an Option or Alt key, for instance. 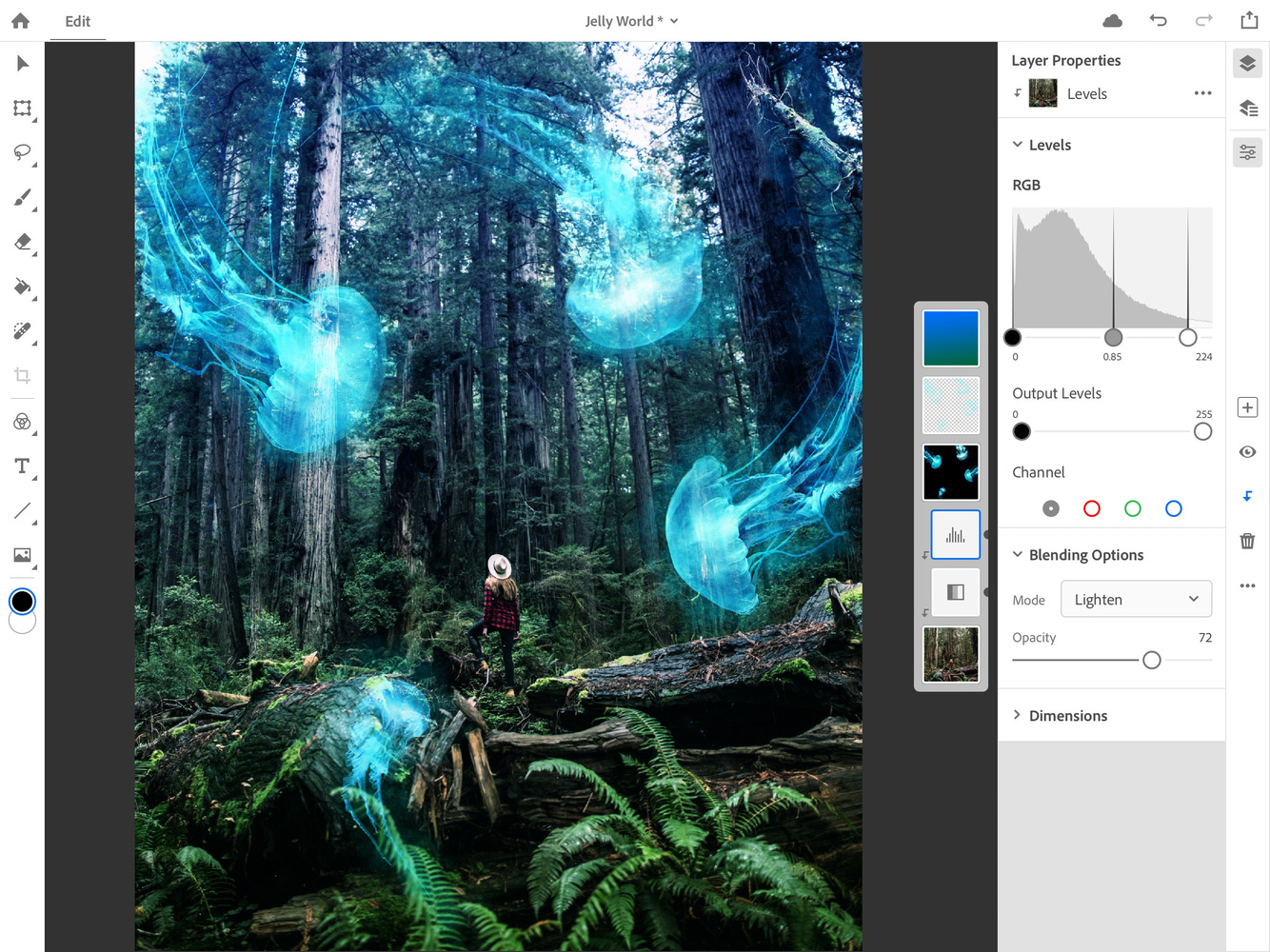 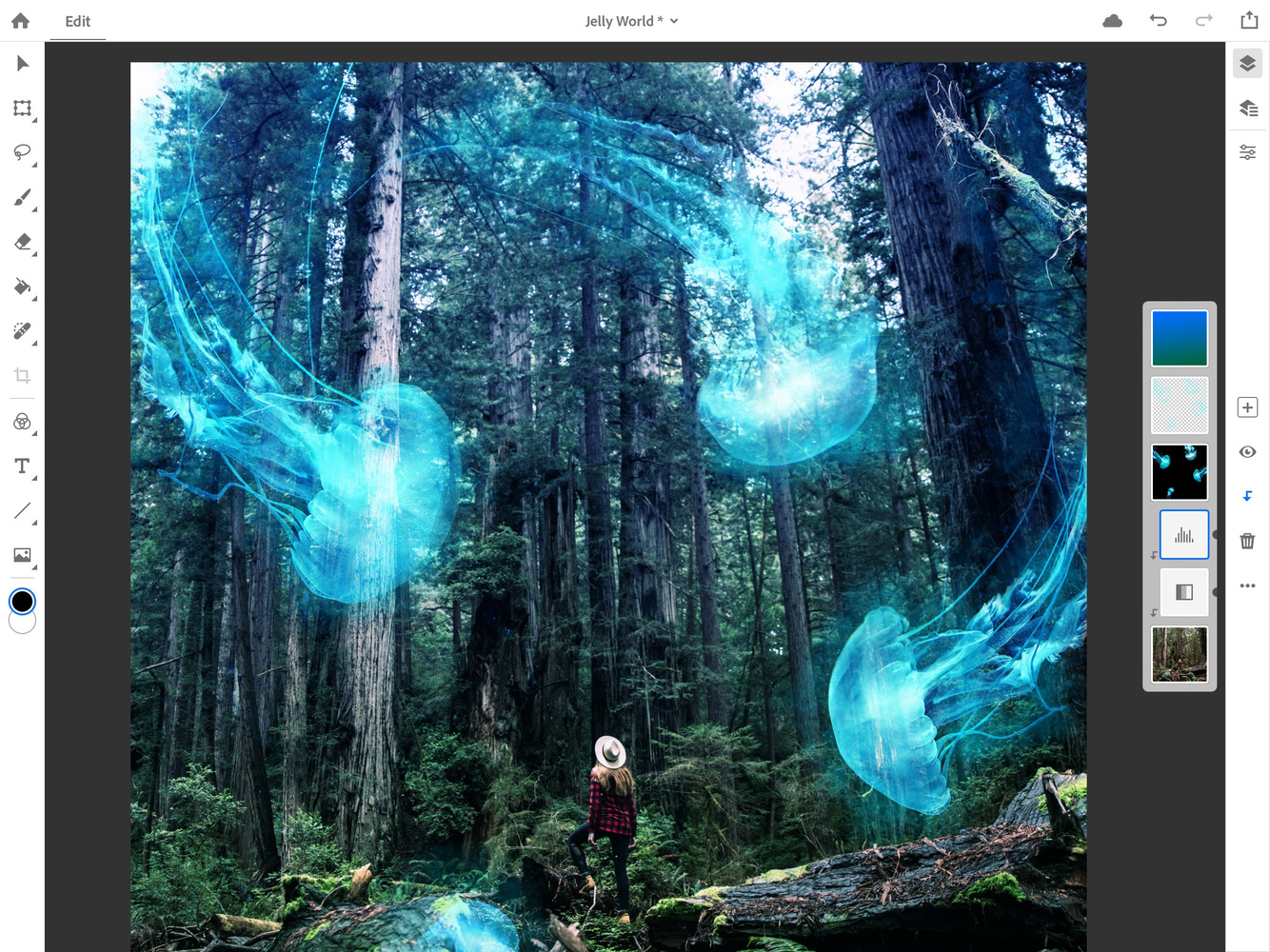 Naturally, performance is a major concern when it comes to running desktop-power applications on a mobile device. Thankfully, Photoshop CC seems to work with nearly any PSD file your computer can handle. An online demo showed a file with over 200 layers running without a hiccup on an iPad Pro as further, broadly applied effects and pixel-level changes were made in both zoom-to-fit and 1:1 zoom levels.

We’re hoping Photoshop CC will come to iPad earlier in 2019 rather than later, but the most exciting part about this is that this is the full Photoshop with the same algorithms running natively and locally on iPad as in the desktop versions. Based on all of the first impressions, it’s going to provide a great way to edit on the go. Photoshop on “other operating systems and form factors” will be released “when they are ready,” which almost surely means Android tablets will get the same benefit, but at a later date. 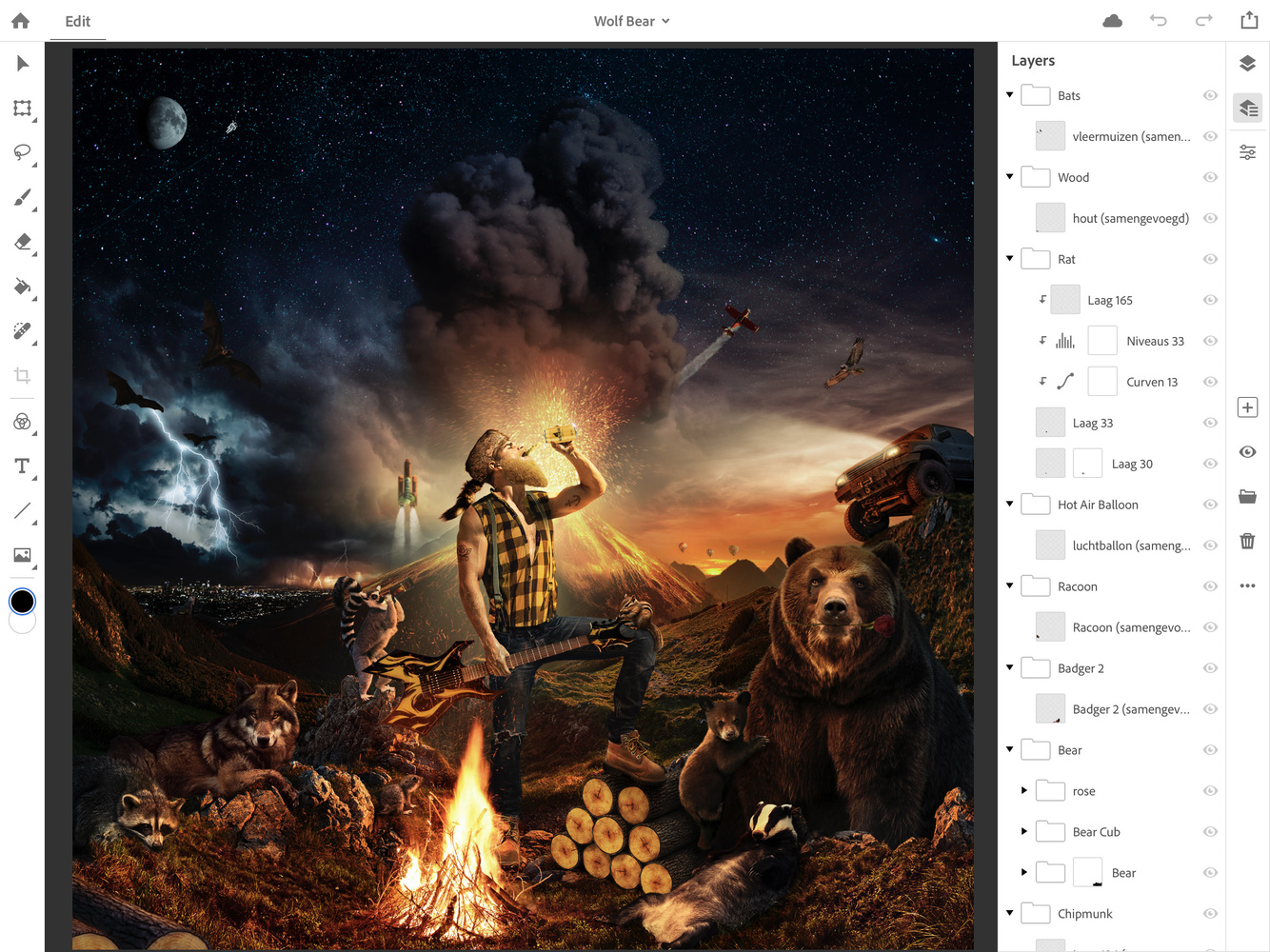 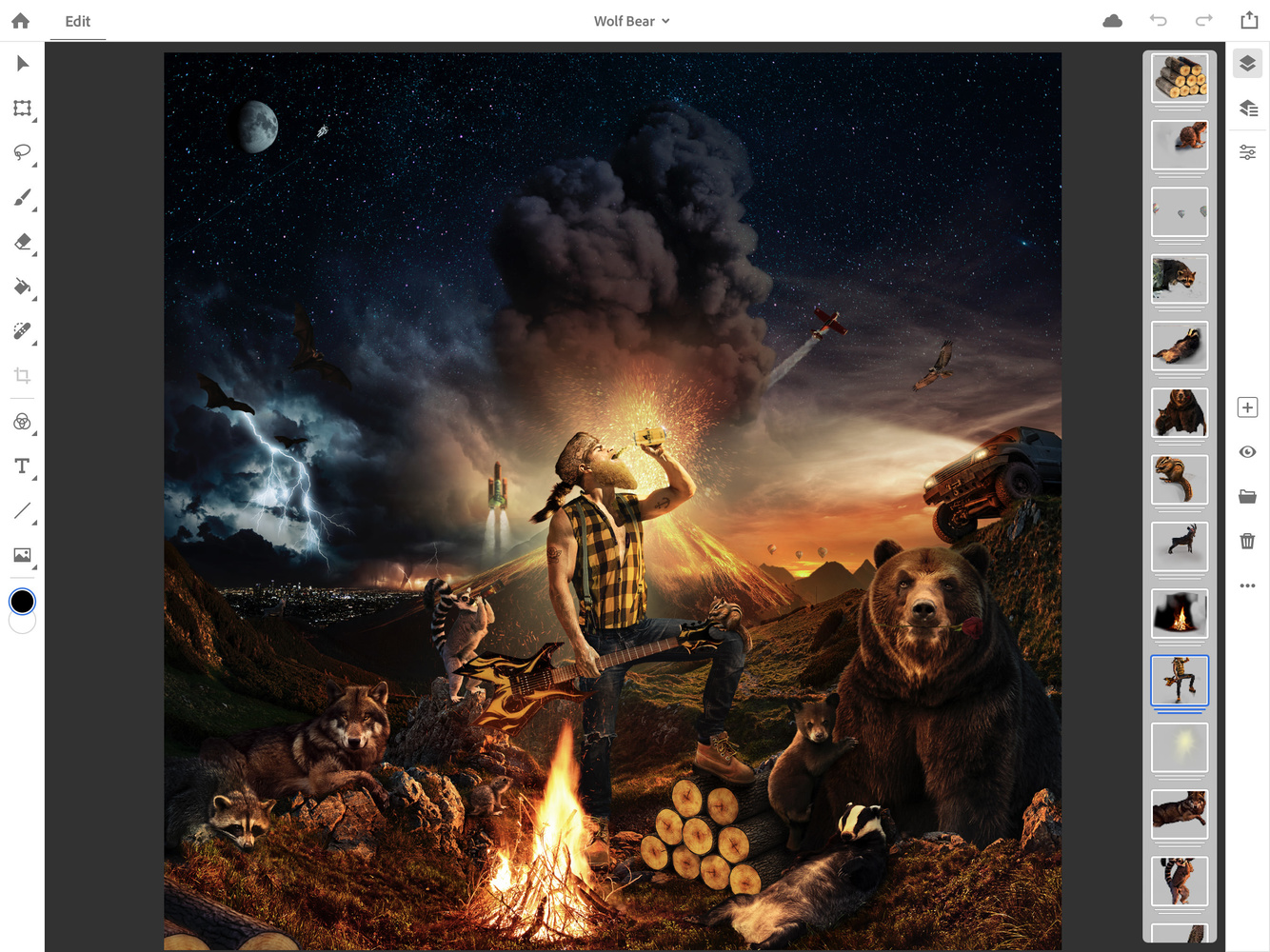 Adobe also announced a number of other products and updates today, including updates for Lightroom CC and Lightroom Classic CC, Premiere Pro CC, the all-new Premiere Rush CC, and more.

Too bad getting images out of your non-wifi equipped camera to the iPad is a MAJOR pain in the ass!!

No really a pin in the ass at all. Just buy a lightning adapter. Couldn't be easier really and a lot faster than wifi.

It's official the 3rd party PS trainers have just wet themselves!

This is a game-changer, to say the least for the iPad Pros. Considering the upcoming one is a complete redesign and much more powerful, things are getting interesting indeed.

unless the ipad pro will get more than 4gb ram, they will never be really usefull for this stuff

When my iMac was in assistance, I used my iPad Pro 10.5 with Affinity Photo (with LR for raw files) and I worked great. I worked with 36mpx images and no issue. Not so "small" files.

call me when they actually announce the release rather than announcing that they're working on it.

Adobe is really sweating Affinity Photo for iPad, which is available NOW.

And no CC subscription needed