Visitors to the newly-opened Hudson Yards, which is the largest private real estate development in the US, features a giant structure called Vessel. The 16-storey building is open to the public – but by visiting, you agree to hand over the copyright of any photos taken while there, and in doing so permit the company to use the images royalty-free worldwide.

Vessel is to be a permanent art installation within the new estate. With 154 flights of stairs, it offers the public great views of the city.

PetaPixel reports that eagle-eyed visitors to the new landmark noticed a clause written within the terms and conditions, which you allegedly have no choice but to agree to by obtaining a ticket. Under a section entitled "My Content" any photographs taken at the site are bound by "unrestrictedl" licensing by the company. The full text reads:

If I create, upload, post or send any photographs, audio recordings, or video footage depicting or relating to the Vessel. I grant to Company and its affiliates the irrevocable, unrestricted, worldwide, perpetual, royalty-free, sublicensable, and transferable right and license to use, display, reproduce, perform, modify, transmit, publish, and distribute such photographs, audio recordings, or video footage for any purpose whatsoever in any and all media (in either case, now known or developed later).

Naturally, many of those flocking to the Vessel to take skyline pictures are perhaps unknowingly allowing the company to use their photo for any purpose they see fit, without having to ask permission. What’s more, anyone taking a photograph is forbidden to use it for any commercial purposes, without the right permission from the company.

Are the owners within their right to do this, or are photographers being shamelessly exploited here?

…or trespassing. Their is no proof that he had a ticket.

That's only if he pays cash. Another way is traceable. Yes if he is on the grounds and photos show that and he says prove it. Than trespassing can be sought after.

Sure. Arrest him for trespassing, but don't claim rights to his photographs based on what is written on a ticket he did not have.

No ticket, trespassing than? Anyway doesn’t matter they updated their terms now.

for instance, i can't sell the former photo, but i could sell the latter. and they withhold the right to use the former however they want should they discover it online. 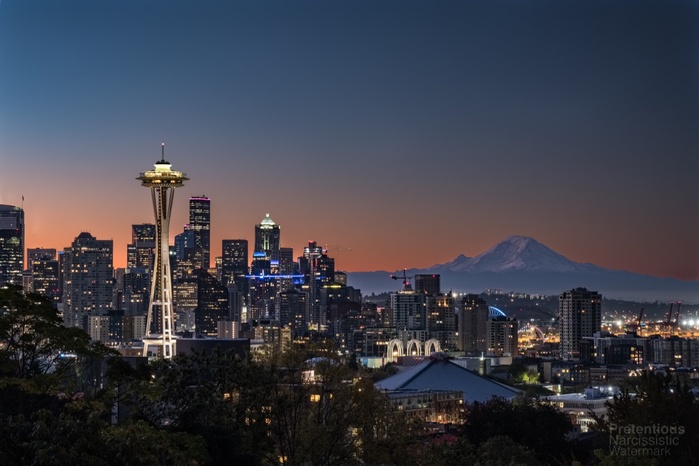 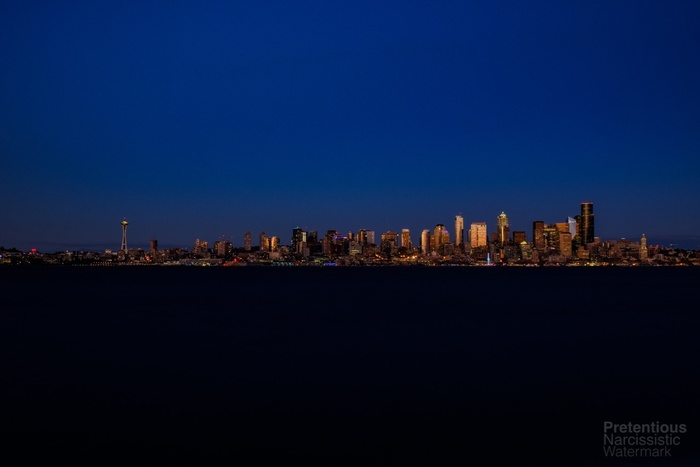 I’m no lawyer, but this rings true:

“Buildings do not have a right of privacy or celebrity. Only people do. So you generally do not need a release to use photos of property like buildings for commercial purposes such a selling prints. However, some buildings have copyright protection as architecture. Whether a building is protected by copyright is dependent upon when it was built and other factors that are legally complicated enough that I will not try to relate them.

If a building has copyright protection and you photograph it from a public place like a street, then you have a right to take the photo and show it. If you can only take the photo from private property then you would be violating the copyright.”

True, but this is not a building, but a piece of outdoor art.

«…and they withhold [sic] the right to use the former however they want should they discover it online.»
They cannot just use it. It is a derivative work. The derivative work is still yours, but, because it does contain a copyrighted piece, you cannot publish the derivative work without their consent.

Copyright law is pretty darned specific about that. You don't transfer copyright unless you actually sign a contract explicitly saying that you do. Yes, you must sign it. Signatures can be electronic, but there must be a signature.

They’re not actually asking for the copyright, so no signature is needed. They’re claiming so much use it may as well be though.

I think the original wording was clear. “right AND license.” They have since [19th March 2019] changed the wording significantly. …Pretty much did a complete reboot.

They're changing the rules now...
I live here in NYC and took a bunch of photos last week when It opened, And I never signed up or signed anything, they were giving away free tickets. 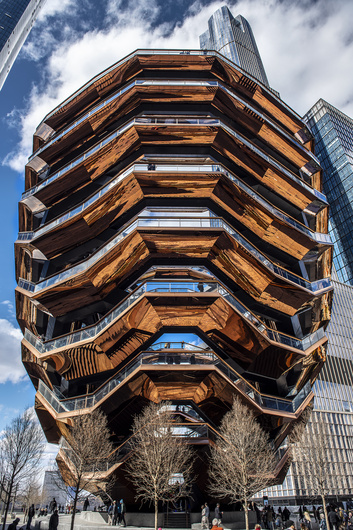 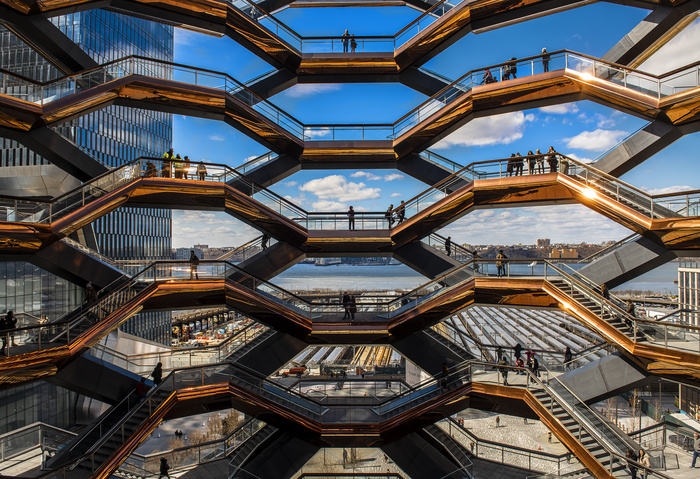 “The views from the Eiffel Tower are rights-free. Permission and rights must be obtained from the “Société d’Exploitation de la Tour Eiffel” (the operating company, or SETE) for the publication of photographs of the illuminated Eiffel Tower.”

I see a few problems with this, one of which I have had for a long time. I will address that one first.

AGREEMENT BY ACCEPTANCE WITHOUT KNOWLEDGE

Many tickets, and/or receipts, have clauses written on them, which one can only read, or in many cases even know about, AFTER one has paid for said ticket —which is often non-refundable. It may have a clause which says, “By paying for [product/service], you agree to our T&C, which, —among other things— include such and such.”

In other words, after buying the product/service, you are then informed that they hold that you have legally agreed to something which you were never told about until after the fact. IANAL, but there is no way on a reasonably logical Earth that that may be so. That would be akin to me offering a lady a plate of food, and, after she accepts it, I then say, “okay, now let's have that consensual coitus¸to which you agreed to, on accepting the food, as outlined in the T&C referenced on the bottom of the plate.” Ridiculous, right? (At this point, I really do not care how “the courts” have ruled in case law; the notion is ridiculous, and should not hold up in a court of logic).

«DEPICTING OR RELATED TO»

Depicting the vessel, I can understand. The structure is a copyrighted work of art, and any photograph of it, if published, is a violation of their copyright. They are basically saying that they will grant you the right to publish, solely on you granting them a perpetual, assignable license to use the image. It is similar to TFI/TFP.

Related to, is another matter. Who decides if it is “related to”? let say that I went up their and took a photograph of the vista. Is the vista related to the Vessel?. What If, while on the top of the Vessel, the golden hour approached, and I decided to use that light to photograph my wife, none of the the Vessel, nor its surroundings identifiable. Is that “related to”? I would argue not, unless I caption a post, “View from the Vessel,” or “taken atop the Vessel.”

But does even that automatically make the image somehow, “related to” the Vessel?

This suggests that they are claiming more than just a license, but also the copyright. That is just wrong!

«FOR ANY PURPOSE WHATSOEVER»

That I see as unreasonable. I took an image for my family and friends to share in my joy of this new experience, and they can sell it as fine art without my consent or compensation? I think that that is wrong on so many levels.

To wit, they seemed to have gotten enough backlash, —or finally spoke to a reasonable lawyer— that they have since (apparently 19th March 2019) changed the wording. It now reads;
<<<<<<<>>>>>>>
As between me and Company, I retain ownership of any photographs, text, audio recordings or video footage depicting or relating to the Vessel that I may create (the “Vessel Media”), unless otherwise agreed by me and Company. If I post any Vessel Content to any social media channel, I hereby grant to Company and its affiliates the right to re-post, share, publish, promote and distribute the Vessel Media via such social media channel and via websites associated with the Vessel or Hudson Yards (including my name, voice and likeness and any other aspects of my persona as depicted in the Vessel Media), in perpetuity. I understand that I will not be entitled to any compensation from the Company, its affiliates or their respective vendors in connection with the same.
>>>>>>><<<<<<<

This change of wording makes it clear that the photographer still retains copyright, and that the use of the images are limited in scope.

Thank you for bringing this original outrageous T&C to light. Hope the article is updated to reflect the change.

I know from a UK law point of view this would be very dubious. You cannot make terms that you wrote explicitly unfair without legal advice being provided and explicitly signed off. A building can be trademarked and this can be used to prevent commercial sales of images, however this does not stop use for editorial use and artists editorial use in combination art or other interpretations. I would be very surprised if US law was much different

Verbatim from US Copyright law:

204. Execution of transfers of copyright ownership
(a) A transfer of copyright ownership, other than by operation of law, is not valid unless an instrument of conveyance, or a note or memorandum of the transfer, is in writing and signed by the owner of the rights conveyed or such owner’s duly authorized agent.

Verbatim from US Copyright law:

120. Scope of exclusive rights in architectural works
(a) Pictorial Representations Permitted.—The copyright in an architectural work that has been constructed does not include the right to prevent the making, distributing, or public display of pictures, paintings, photographs, or other pictorial representations of the work, if the building in which the work is embodied is located in or ordinarily visible from a public place.

If you push the button you own the photo. https://www.technologylawsource.com/2015/04/articles/intellectual-proper...