We've talked about this before on Fstoppers, but there still seems to be some debate about lens compression. Let's dive a little deeper into perspective distortion.

These noticeable differences lead most photographers to believe that wide angle lenses are distorting a scene while telephoto lenses are compressing a scene, but they are overlooking what is actually happening: the camera is moving. In reality, the distance from the camera to the subject is what is creating these distortions.

Two years ago, I wrote an article titled "Lens Compression Doesn't Exist," and in that article, I created an animated gif to prove that a wide angle lens cropped in and a telephoto lens will create the same amount of foreground and background "compression" if the camera remains in the same place.

I reproduced this example in the video above when I took a picture of David with both a wide and telephoto lens. 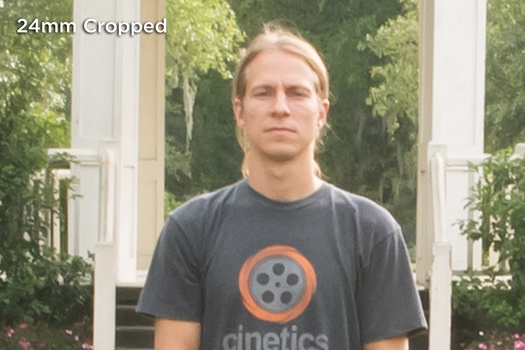 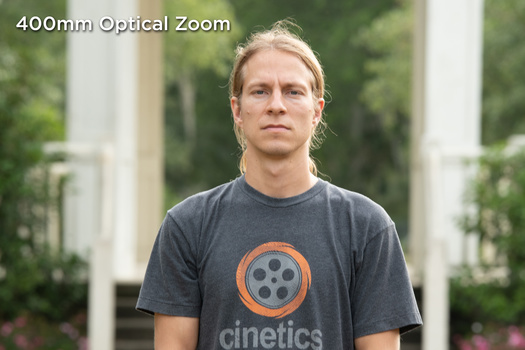 Why is this happening?

It appears in the animation of Patrick that he is remaining the same size while the background is growing, but in reality, Patrick is getting smaller and I am zooming or cropping in to make him appear to be the same size, and when I do, it's cropping out more and more of the gazebo.

If the background object were even farther away, we could exaggerate this even more. Take the sun as an example. The sun is 93 million miles away, and if we wanted to make the sun appear half its size, we would need to back up an additional 93 million miles. This means that the sun essentially appears to be the same size no matter where we are on the Earth. For David's "Atlas And The Sun" photo, he placed a subject in front of the sun and started backing up. As he backed up, his subject got smaller and smaller, while the sun stayed for all intents and purposes the exact same size. He then zoomed into his subject and the sun and was able to create a shot where the sun was the same size as his subject.

To take this one step further, I wanted to try to do the opposite experiment as well and get a wide-angle-looking shot by stitching together a bunch of 70mm images. To do this, I sat close to an old bike and shot it with a 15mm lens. As expected the bike looked incredibly warped. The back tire that was closest to the camera looked huge and oval shaped, while the front of the back tire, which was farther away from the camera, looked much smaller. Without moving the camera, I swapped lenses and started creating a multi-row panorama at 70mm. I had a feeling that because I was so close and I was doing this without a gimbal, Photoshop wouldn't be able to create a perfect stitch, but it ended up working well enough.

As you can see, we got two images with almost identical perspective distortion taken with a 15mm lens and a 70mm lens. 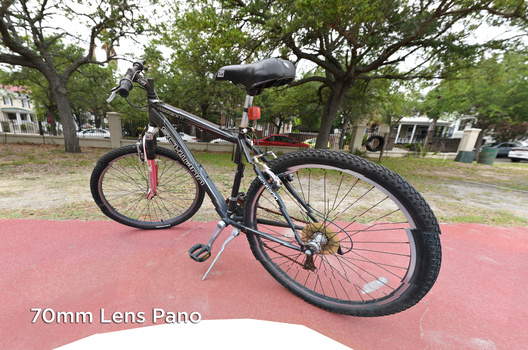 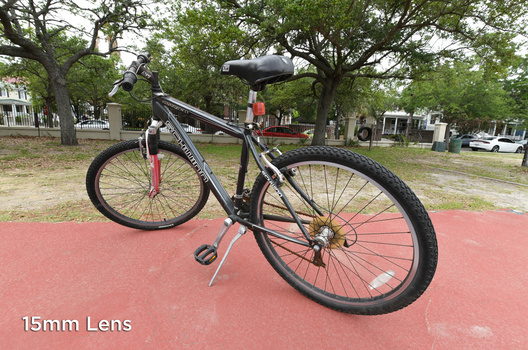 Two years ago, we found that more than 50 percent of photographers didn't understand this, and that's probably because we don't talk about the technical side of things enough. Will this information change the way you shoot? Probably not. Obviously, we still need a range of different lenses to capture a scene without having to crop in or make multi-row panoramas. But hey, it's good to be educated, right?

Education / February 17, 2021
How To Get That ‘Wide-Angle Look’ in Landscape Photographs

The difference is that you’re focusing on the “what” (i.e. the words) and I’m talking about the “how” (as in how it actually works). Sure you can call it whatever you want, whether it’s “spasmagoria” or “imadoofus”, but that doesn’t change the fact that I can use a 50mm lens on a high resolution camera and, in a pinch, still get a perfectly good picture with the compression typically associated with an 85mm lens if I simply back up and crop later. Granted, there will be some differences with DOF, but since I know how that works too, I can account for it when I’m taking the picture.

On the other hand, if we do it your way and just throw our hands up and say “it’s not a big deal names are just words I don’t actually have to know anything”, you’d have to run home and get the 85mm lens if you didn’t bring it with you. That’s the difference. It’s not a big deal if you personally don’t care about the distinction, but it does matter and it should be taught.

What is the eyeball, friend? It is a sensor with a lens. Without which we have zero biological way to interact with visible light. Everything ever biologically perceived by a human being using visible light has been experienced through a lens. With no lens, there is no eye. With no eye, there is no tool to even conceive of a concept of light, much less how that light interacts with the manifested world around us. Without that tool, the word "perspective" (as understood in the context of this video and article) would be utterly meaningless to the human mind... the sort of thing that could only be theorized about in the same way we attempt to understand what lay beyond our abilities to perceive in the universe at large. So again, words are just words, you can shift them around and have fun with it. Go nuts. But I stand by what I said, my man. Lens Compression for life dude. =)

Also, I did not say the concepts should not be taught. Read what I wrote again. In fact, I said (and meant) that I love this video. I just think the title is click baity. That's all. This is no great sin. I am simply engaging his video at the same cheeky level he created the premise of his title. So, if you'd like to address that, I'm all ears.

I would claim that your perfectly capable of observing this phenomena just by using your eyes for seeing and legs for walking...

It has always been natural to me what really happens, (Draw perspective lines between your viewpoint, subject and background is a far easier way to describe this IMO)...

That being said, I wouldn't say that it is entirely incorrect to tie the lens to the phenomena in photography as it is a property of the lens that allows you to achieve this with acceptable quality, and IMO this article shows that as well...

While you can use the 24mm in the first image and crop it to get the same perspective, the result is horrible... As for the bike, that is only half bad yet took how much longer to make?...

Refer to the above response. And to add to it a little, other animals with different types of eyes perceive the world differently than our own eyes. They have their own lenses, which, create a perception of perspective different from our own. However, the physics of the principal explained in the video would be the same, but still dependent on a lens (the biological lenses necessary for eyeballs) to be perceived. There is no way around lenses as the world exists now if one wants to have a discussion about anything that can be perceived with visible light. Even at a mathematical level, all relevant geometric equations used to calculate any of the physics of perspective would require a lens (and a numerical knowledge of that lenses geometry) in order to explain the phenomena of perspective scientifically. So again, Lens Compression fo' life! =)

Great video and article. A camera sensor is flat but a human retina is curved inside. The image projected to retina is closer to the real world since our eye ball is a sphere. On a flat sensor, all subjects projected away from the center will be distorted. Think of replacing your retina with a flat sensor behind it. The subjects further away from center will have more distortion. That also explain why wide lens has more distortion than tele. Microsoft developed a curved sensor mimicking human, which is sharper than any 1D.

This seems all fun and nice, but this is fact: 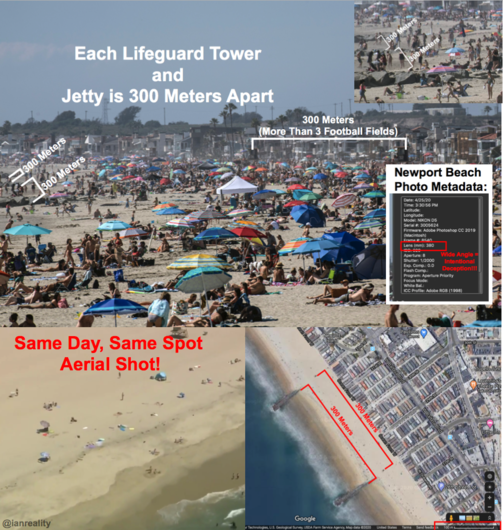