It's All in the Details: Think Big, Look Small

As photographers we tend to always look for the big sweeping image; one that says as much as possible. But sometimes it's the little things that say a lot. In the context of storytelling, the detail shot is often overlooked for its power and simplicity.

First of all, a detail is not the same as an abstract. An abstract is when you focus on elements which by framing them a certain way you gain visual interest but you lose context. Without context you lose the ability to add subtle information to broaden the larger story. This is the classic art shot where you look at it and say, "Oh wow, that's lovely. What is it?"

When it comes to photographing people I find that the hands, being the part of us that tends to do both the interaction with the outside world as well as expressing much of our inner world, are a constant source of information about the subject if not also their world. If I am photographing a person I think that I spend about as much time looking at their hands as I do their faces.

The texture and weathering on this metalworkers hands as he bends this thing into shape says a lot about him and the life that he leads. Rough but skilled, his hands tell us of his experience in a physical but delicate job that takes a toll on him. Getting in close with a wide lens to show him framed behind gives us the context for the frame. If I had just showed his hands without him we might understand what was going on but maybe not. Framing him this way gives us a lot of information to work with and through that we get a deeper story. 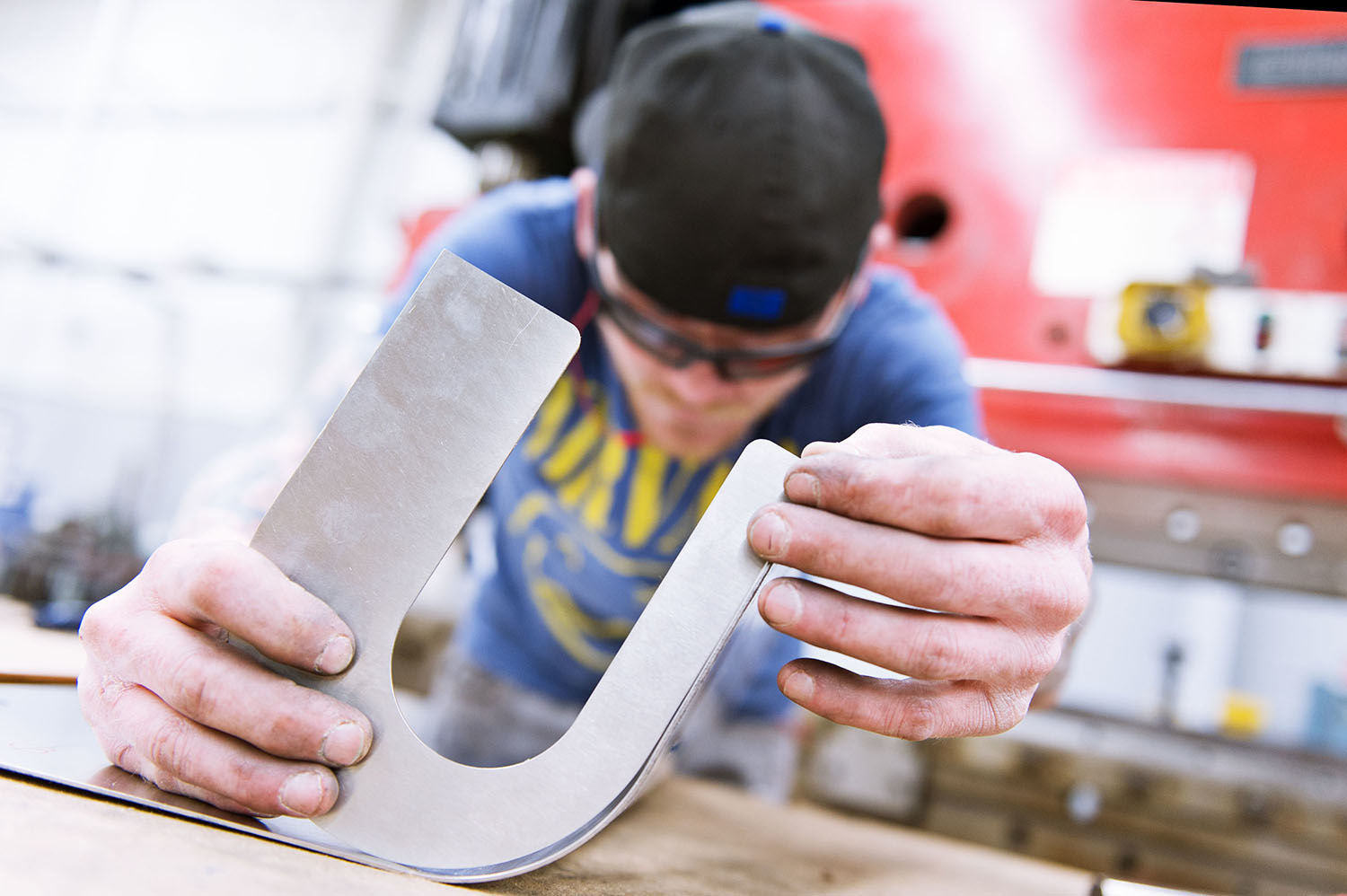 The following frame is about connecting and relationships. We can see the loving embrace of the grandmother, her granddaughter, and how close they are without needing to see their faces. The interaction of the hands tells the story by themselves. It's a tender moment shared that is expressed without words or eyes. 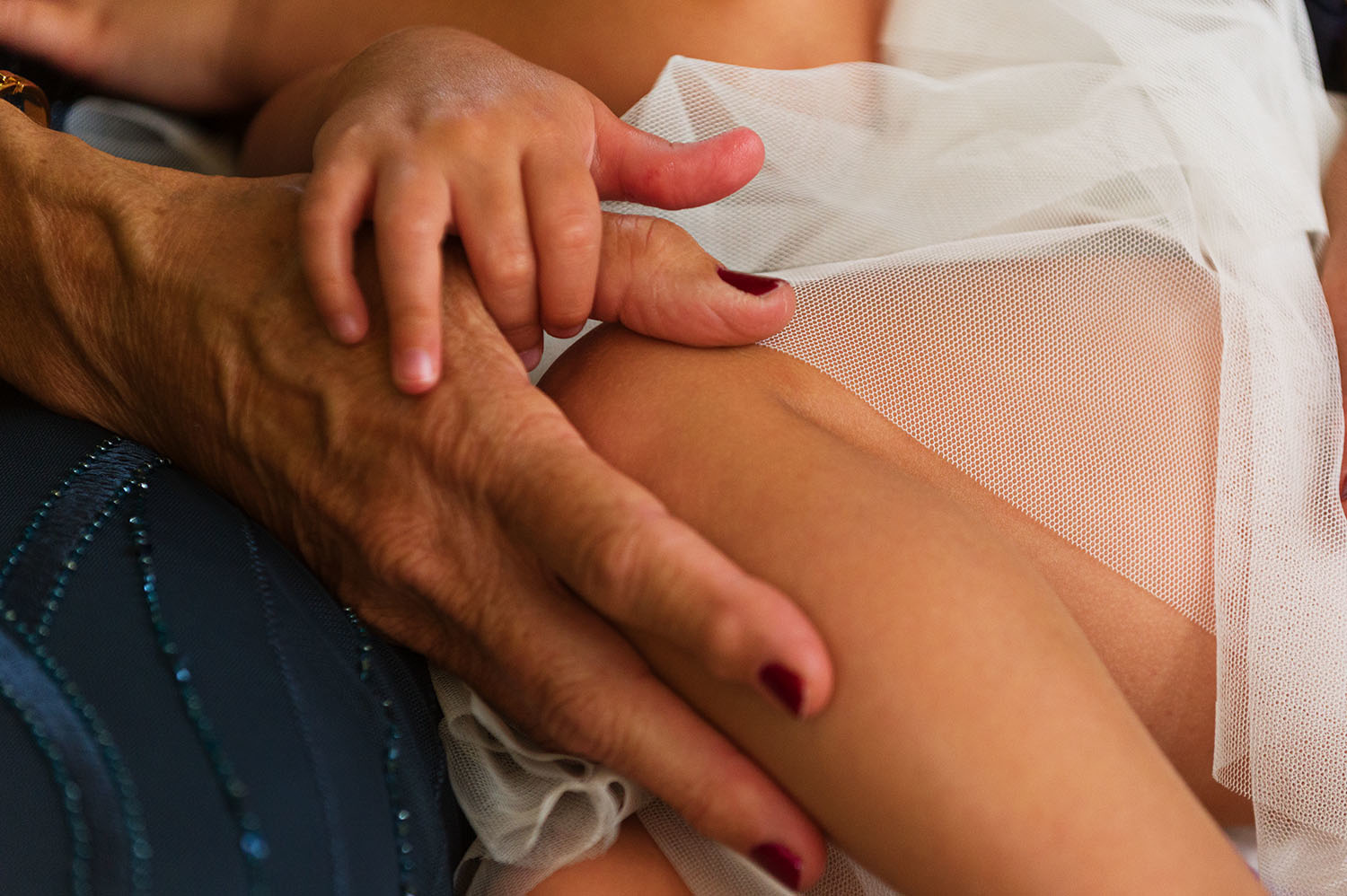 When I was photographing this chocolatier I noted that she had her various spatulas arranged on a towel this way. To me this said a lot about her: her organization, her precision, her attention to detail, her devotion to her craft — all expressed in how she lays out her tools when working. I don't know if you fine readers get all that but I felt that this detail speaks about her inner workings showing through her tools. 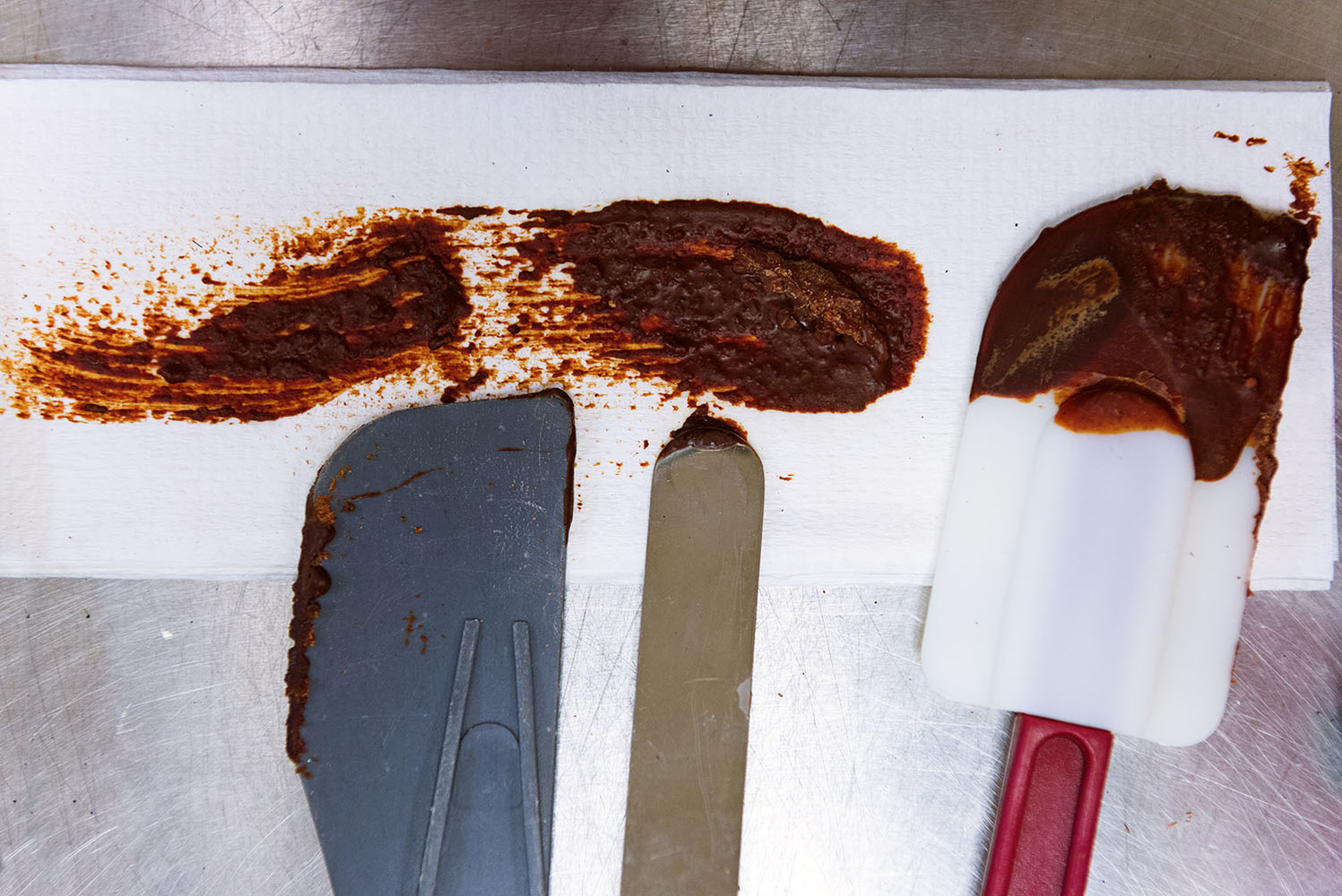 At this funeral for a fallen comrade all the tough guys were trying so hard to stay strong. The ladies cried but the guys were obviously attempting to keep it together. Although he appeared to be stoic, the bouquet of flowers let it be known that he cared even if his face didn't show his grief. The juxtaposition of the flowers and the tattoo of the flower to me said a lot about this guy. I'm sure that if you met him on the street you may initially think him to be a dangerous fellow but here we see a very different side of him. 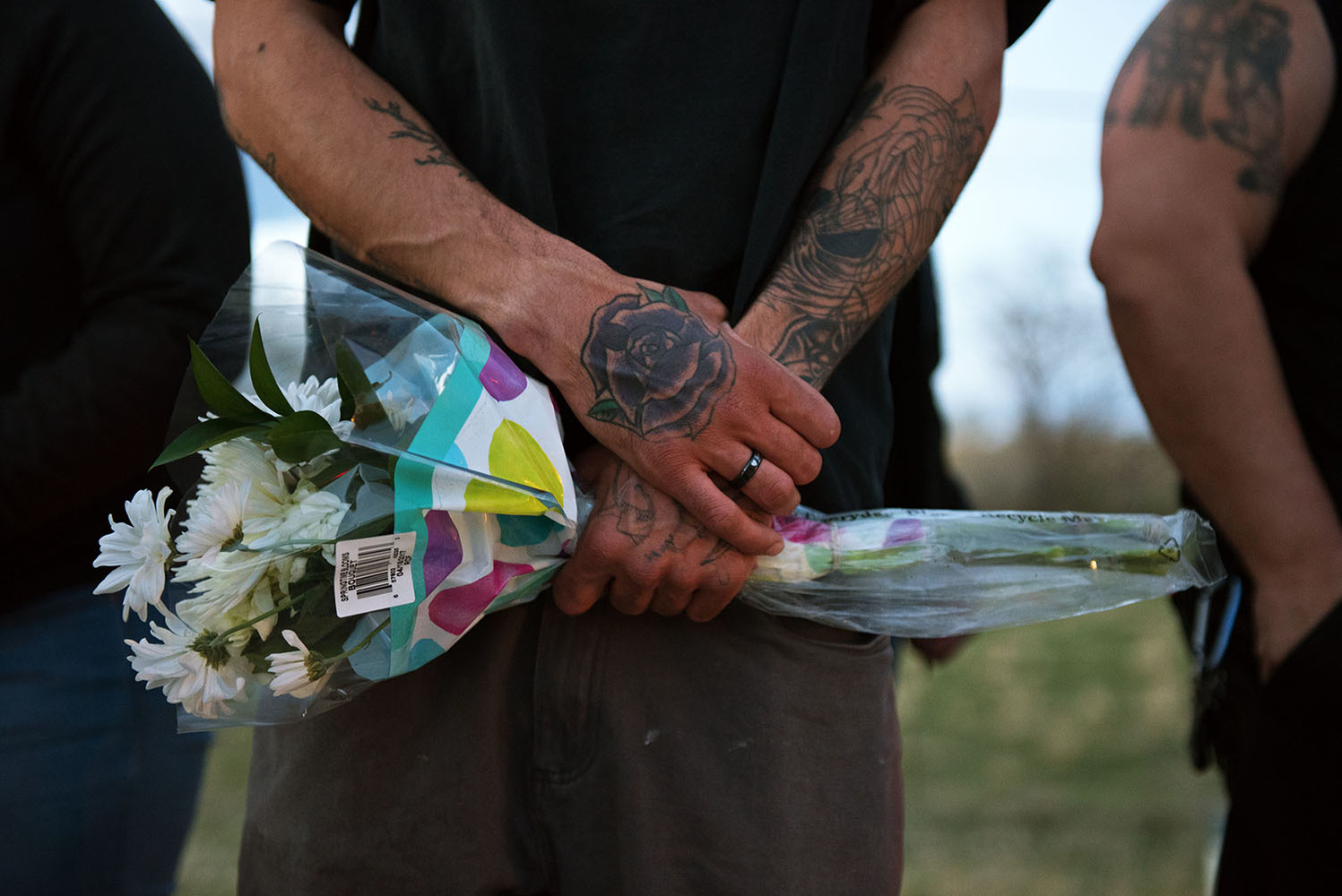 This is one of those times when I feel that excluding the face of a person strengthens the frame and tells the story better. If I pulled back enough to show his face you would have lost the tattoo and its subtlety. Also considering that his face was almost expressionless as he tried not to cry, the face would have been at least an unnecessary element to the frame or at worst a distraction from the real story, that of the flowers being held by a tough guy. For more on my thoughts on eliminating faces from photos see my article “Don't Be Obsessed With Heads.”

The delicate necklace dangling in the jeweled lace says a lot about this bride. Elegant and proud, a former athlete I recall, but not flashy. I saw this subtle interplay of lines and textures on her back and grabbed this in an instant knowing that it would go unnoticed in a wider frame. This borders on abstract except for the obviousness of her skin; the canvas for the lines of the necklace and the patterns of the lace. If the "background" for the two main elements was, say, black satin then it wouldn't have the necessary human element to make it something other than practically a product shot or statement about fashion. 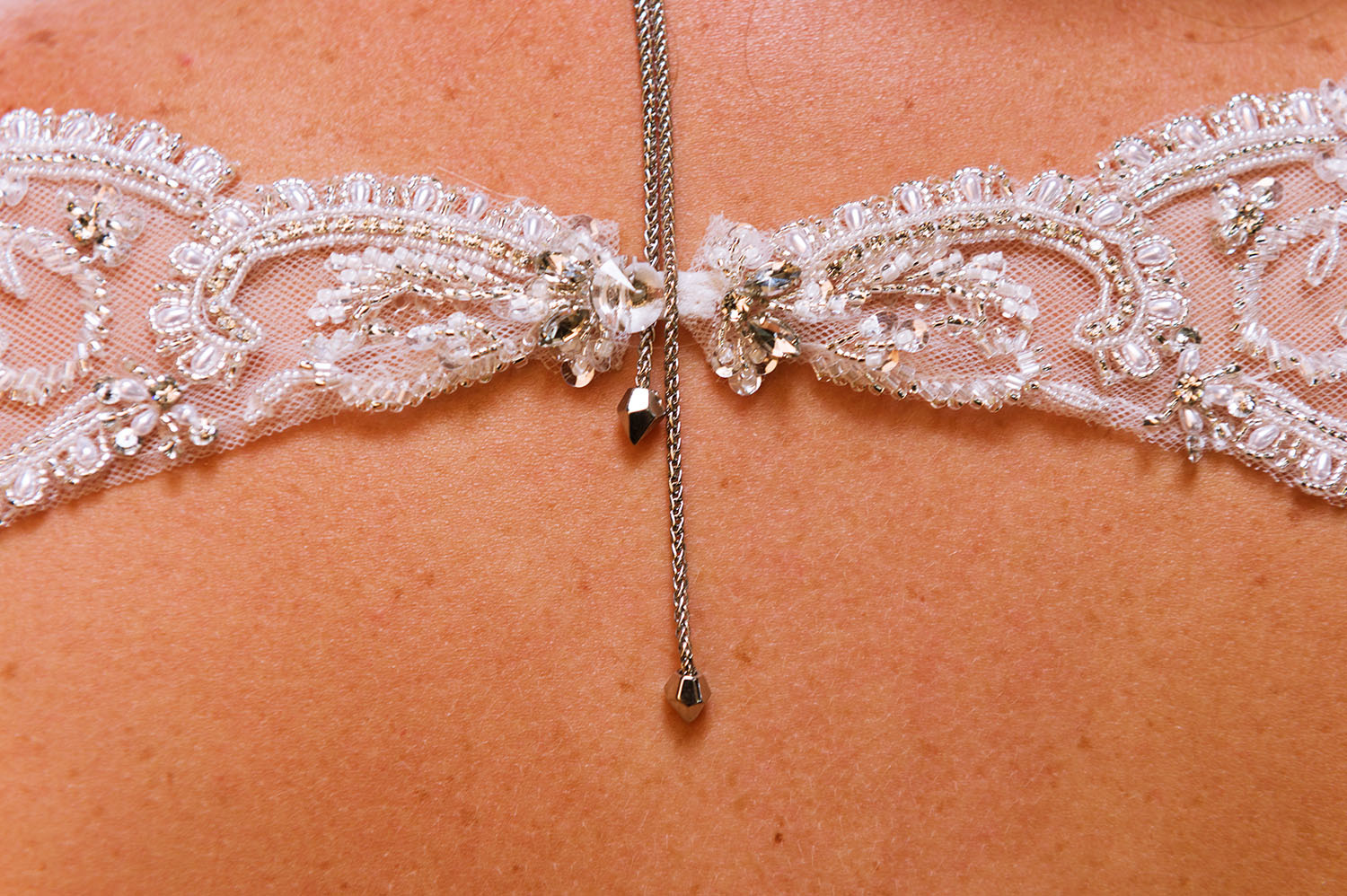 When dealing with the human made world there are loads of images that just beg for detail shots. Architecture is a great one. Getting the overall shot with the super wide lens is great but there are often very interesting images closer in that say more than just a big grand space. There are usually intended rhythmic elements that the designers put in that will go unnoticed in wide images. Subtle interplays of texture or color from the interior design that are lost in the overall shots. Here I found a set of visual rhythms, with an almost monochromatic tonal pallette that had lots of counter point. I almost walked by this because my initial all encompassing wide frame, as chosen by the client, had this part almost totally obscured by being very small and in the rear of the frame. By moving in to just show these elements I was able to bring a totally different look at the space. 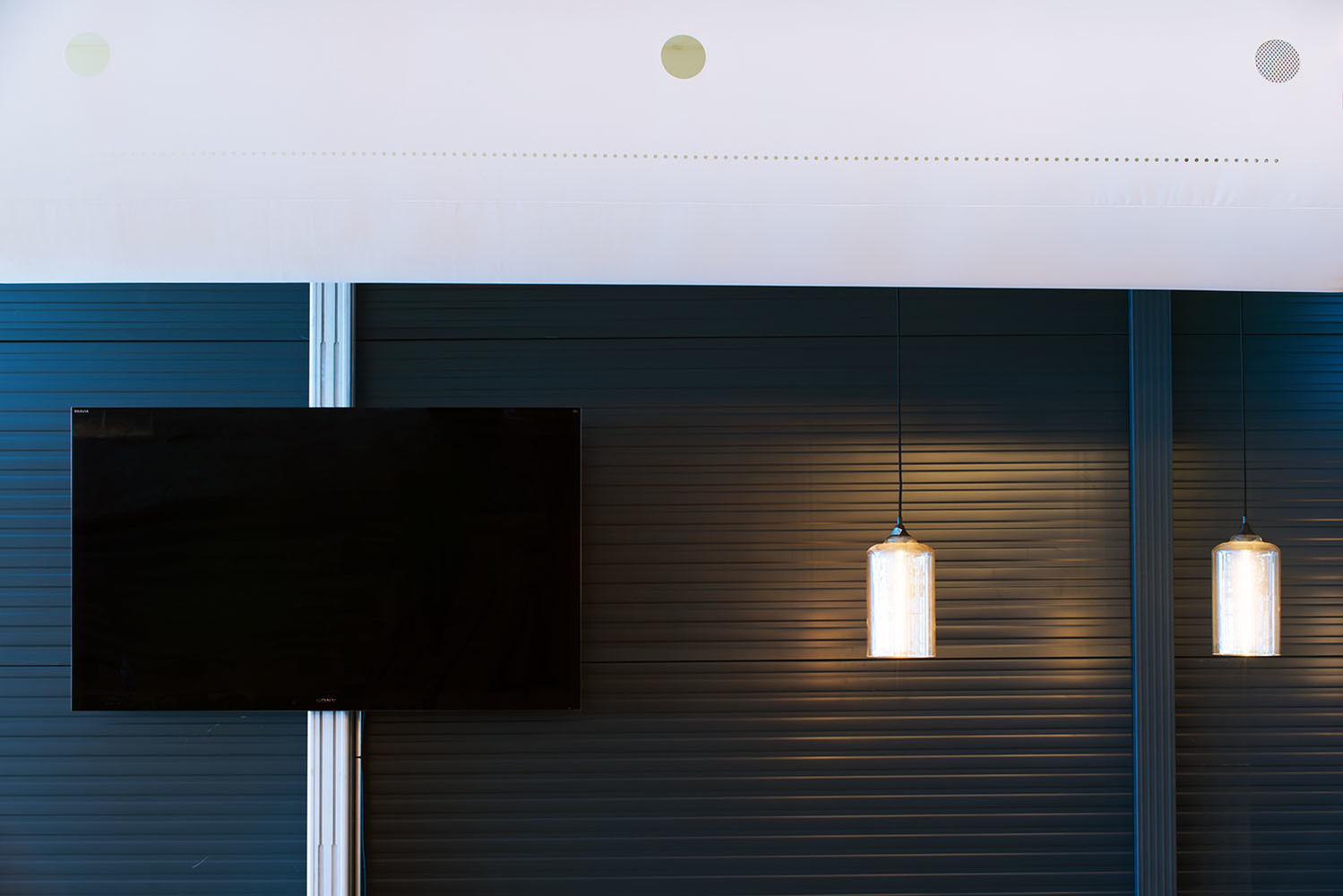 I started as a landscape photographer initially influenced by the greats like Ansel Adams and David Muench. After spending a few years working on sweeping landscapes that are intended to produce a sense of awe I found that the work of John Sexton, a former Adams assistant, to be more of my voice. He did much the opposite of Adams and Muench. Rather than using a wide lens pointed up to show grandeur, Sexton used normal to longer lenses often pointed down to show the small details that are often hidden underfoot.

Here I found a small mountain stream surrounded by trees. The stream was only about four feet across but I found that looking straight down on it gave me the intimate look that I wanted. The tiny leaf on the dark rock gives a sense of scale, fragility, and solace. 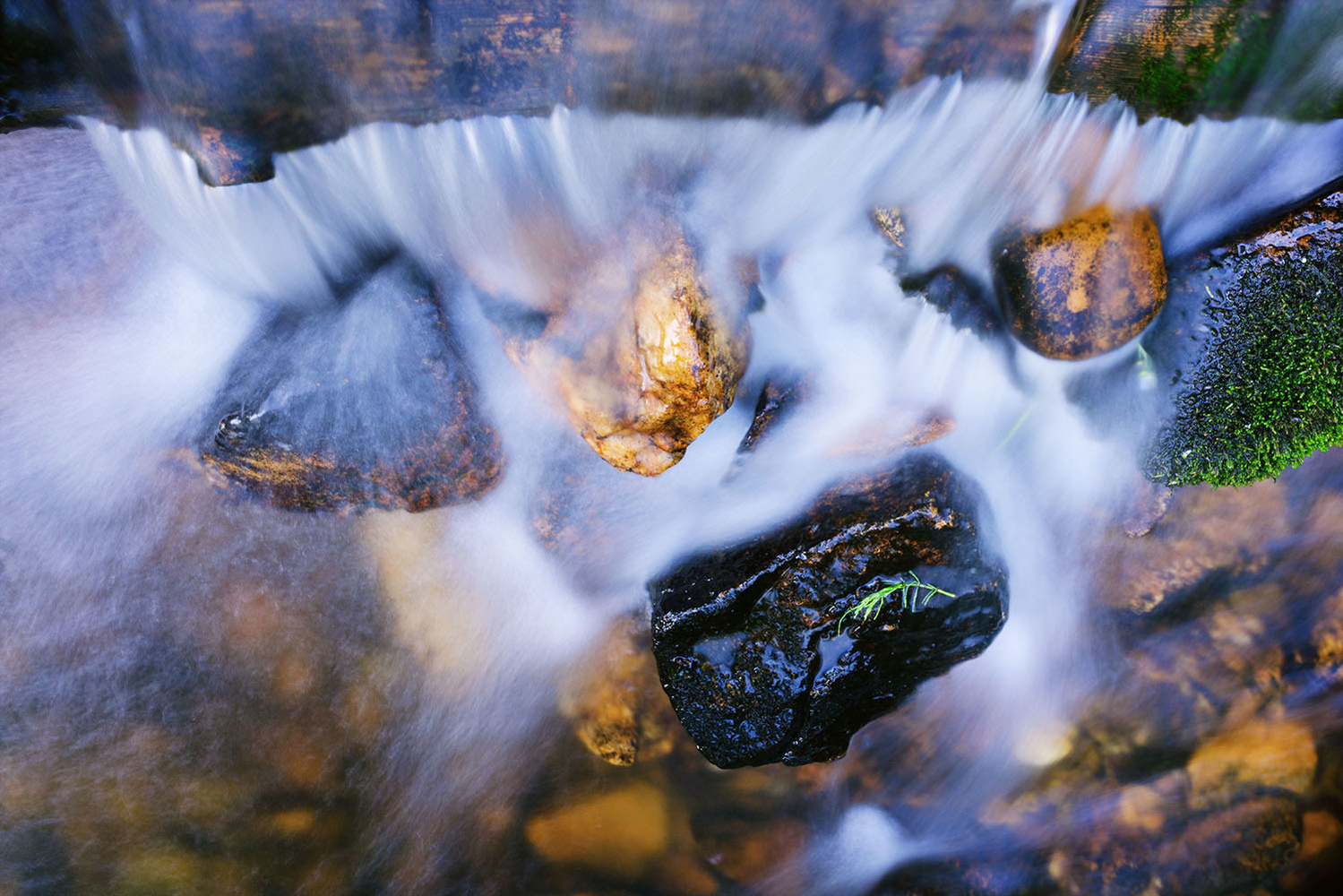 So next time you are out making photos, try looking down, looking for the things in hand, the smaller elements that can either be their own story or speak of something broader. I always try to get detail shots in my stories and work. Sometimes they present themselves and sometimes not but when it works it makes a difference. What are your thoughts on focusing on the smaller picture?

Education / February 15, 2020
I Wish I Knew These 5 Things Before I Tried Product Photography

This is something I've been challenging myself with for the last few years. Still a long way to go, so thanks for the reminder with very good examples.

Simon I think that we, not only artists but as people, need to be constantly challenging ourselves. We are by our very nature, dynamic creatures and stagnation is our enemy. Glad that you are pushing yourself. Would love to see some of your work.