COVID-19 Positive: What Happens When You Are Infected While Running a Business

Businesses all over the world are in crisis due to COVID-19. Small companies are scrambling to figure out a way to keep their business open or at least relevant while this pandemic takes over. Studios are shutting their doors and owners prepping before their state gets the shelter in place order. But what happens if you, as the owner, test positive for the virus?

Allana Taranto of Modern Muse Boudoir has a successful boudoir studio in Boston, MA. She owns a beautiful brick and beam loft in downtown Boston near the waterfront. Most of her studio portrait work is done at this location; however, it is now closed for a few months due to the current conditions. 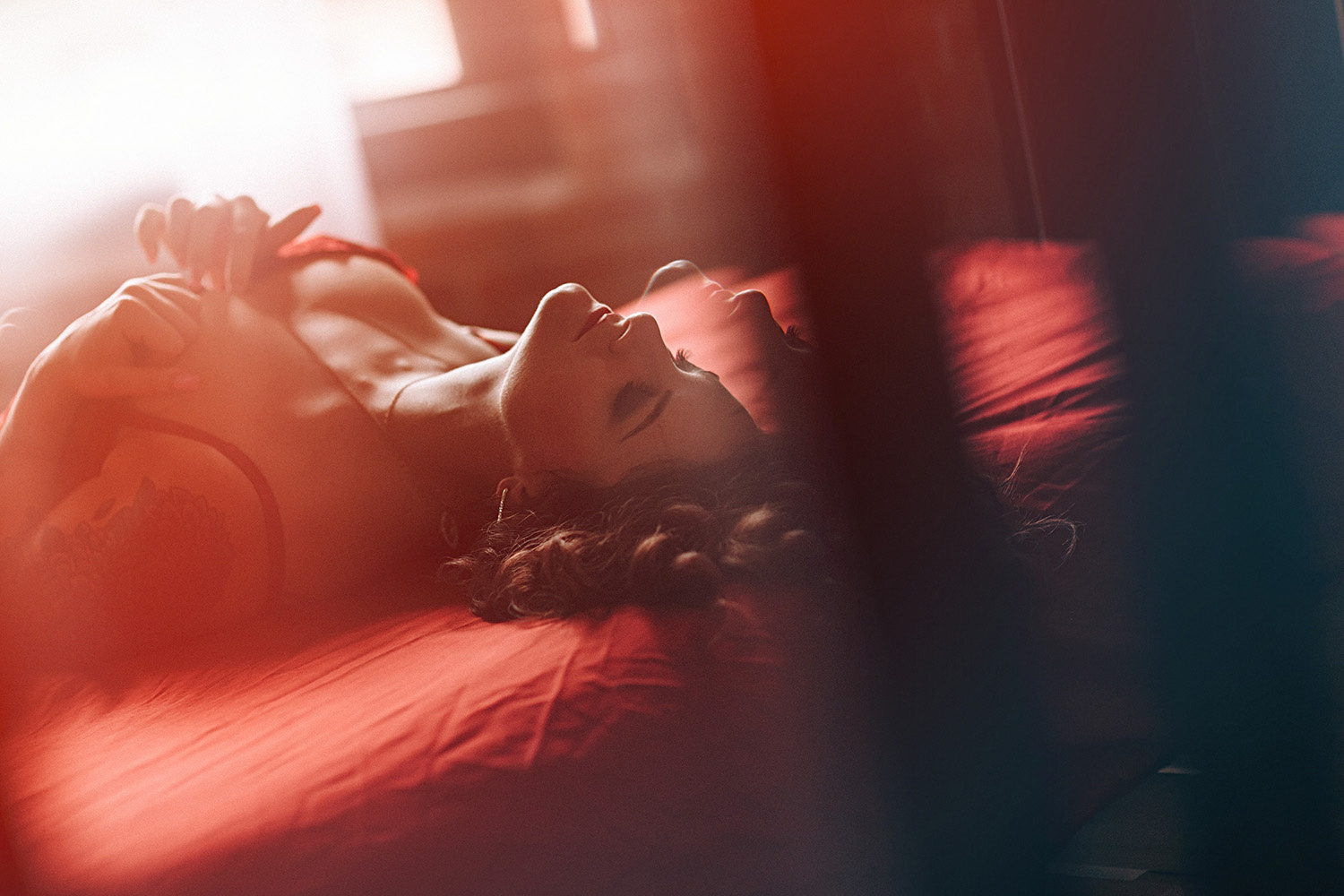 "My goal as a portrait and boudoir photographer is to create an experience where clients can look at themselves with a whole heart while enjoying truly being themselves and seeing themselves authentically. And of course, beautiful images," Taranto writes. 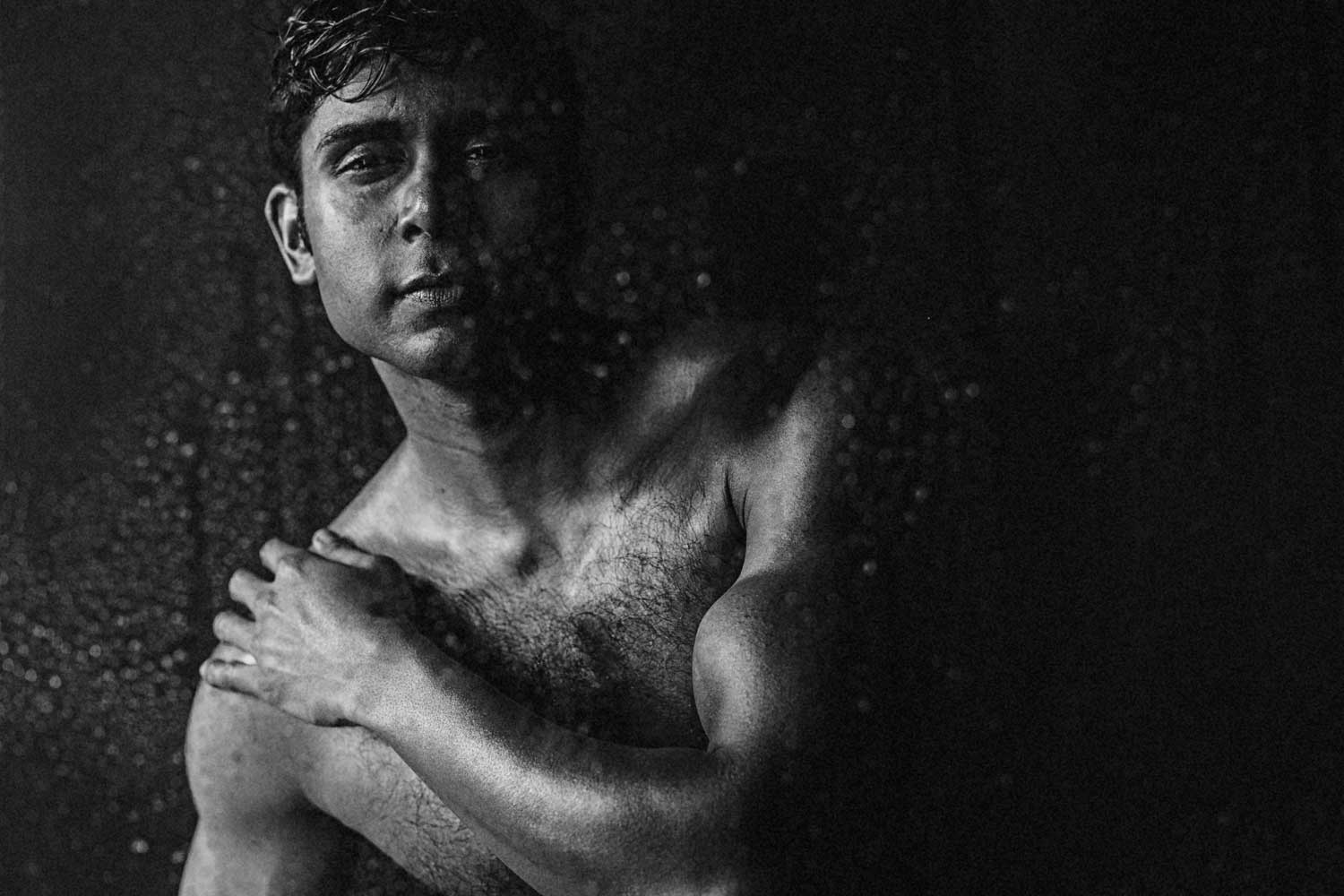 Back on February 27, she worked at an event for a friend. "It was like any other event we have all photographed—speakers, grip and grins, awards, etc. Nothing weird happened, and no one stood out as sick. I was in the back room the majority of the time doing same-day editing for a video presentation," she wrote.

About five days later, she felt a little different than normal. She felt spacey and had a headache right behind the middle of her eyes. She was fatigued, and strangely, the skin on her torso was a little sensitive, none of which kept her home or worried. The symptoms never worsened, and then, they resolved a few days later. "I had a bad cold earlier in February, and I did have a slight dry cough, which I thought was a remnant of that cold. No fever. No difficulty breathing," she recalls.

On Thursday evening, March 5, a friend texted her the news story about several confirmed COVID cases in Boston. That next morning, Taranto and her partner, James, talked about it, deciding to be cautious and trying to see their doctors. On March 6, when they asked to be tested, the couple was declined a test for the virus. This was due to the fact they did not have any of the normal symptoms. They were told to stay at home and were walked out the back door in masks. "From that day on, I stayed at home in quarantine. Being in the first wave of known exposure and getting diagnosed early, we had little to no time to close everything down," she wrote.

On Sunday morning, March 8, the Massachusetts Department of Public Health called her and told her to report to Massachusetts General Hospital for testing. On Tuesday night, March 10, the hospital told her that she was positive for coronavirus. At that point, she was in isolation. The couple, with their son, stayed in isolation and remained mostly symptom-free, with the exception of some cold symptoms. "I still had a slight dry cough. My partner and son were tested on March 12. Both came back negative," wrote Taranto.

A nurse from the Public Health Commission was in touch every day with Taranto. "It seemed like the CDC was changing guidelines every day, and then, the state board of health would meet to decide what and how they were adopting the new guidelines. Then, each local health commission would look to the state health department guidelines." she wrote. They were released from isolation on March 24, which is around the time the rest of the city had shut down nonessential workers.

Contracting the virus prior to shutting down nonessential workers, she had to shut down without warning. Photographers had been prepping for this change, but the Taranto situation created an immediate closure of her studio.

"I'm thankful for a healthy immune system and that my partner and child did not get sick either. There was no time to prepare; we were dropped into it. That first week was contacting our communities and people we were in contact with. This was a heavy and emotionally overwhelming process when the information from the CDC about the virus was changing daily, and people's panic started ramping up," she explained. While she is over the virus itself, she admits things are different.

We are out of isolation now. But the world has changed.

From the start, she was open about it on her social media groups and with friends. She talked to anyone she was interacting with prior to the knowledge she was exposed to the virus unknowingly. She admits the response was surprising. People were in shock that she disclosed this information publicly, but she felt it was something people needed to know about.

During her quarantine, she was able to take phone consultations and calls to keep the business running while not being able to shoot. "I am still able to connect on social platforms. So that is where I am much more these last few weeks," Taranto wrote. She lives and works in the same loft, so while her studio is closed, her rent is still due, as many photographers and small business owners are dealing with at this time. "Suddenly, I am without income and still trying to run a business (as much as I can) while our son is home from school. I am with him weekdays while his dad works remotely from home, and I have evenings and weekends to stay connected while working on marketing". It's a juggling act that feels impossible some days, as many photographers are now facing. Things have been fairly quiet recently. She is still getting inquires and bookings but not at the level she normally does with spring arriving.

To keep up with her creative work, she added webcam sessions taught by Teri Hofford. These sessions are fun ways for her to connect with clients while not even leaving the house. Isolation can be difficult for many artists when we cannot connect with clients in our normal ways. These sessions do not replace income but allow creative ideas and social interactions to take place without breaking quarantine rules. 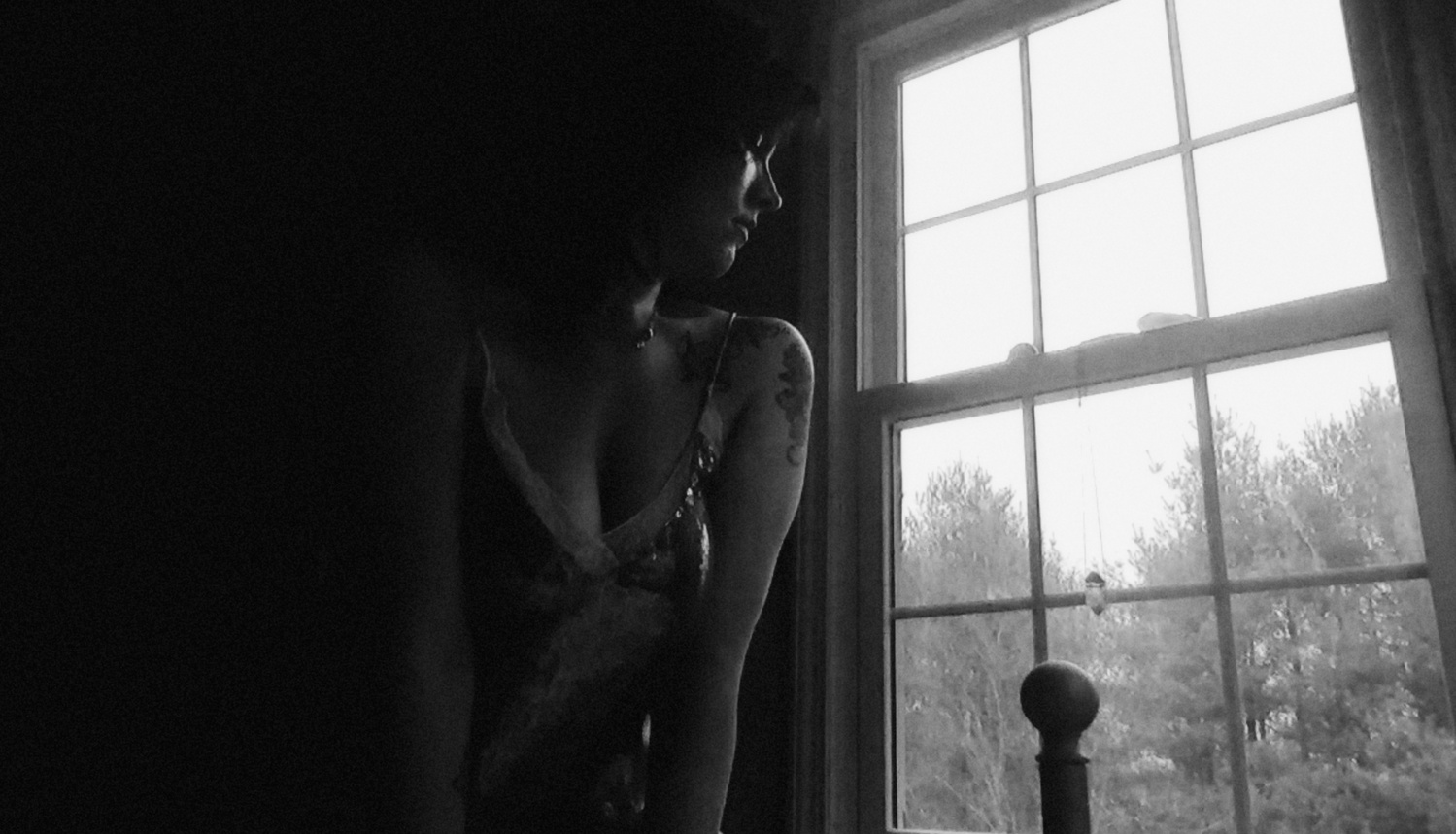 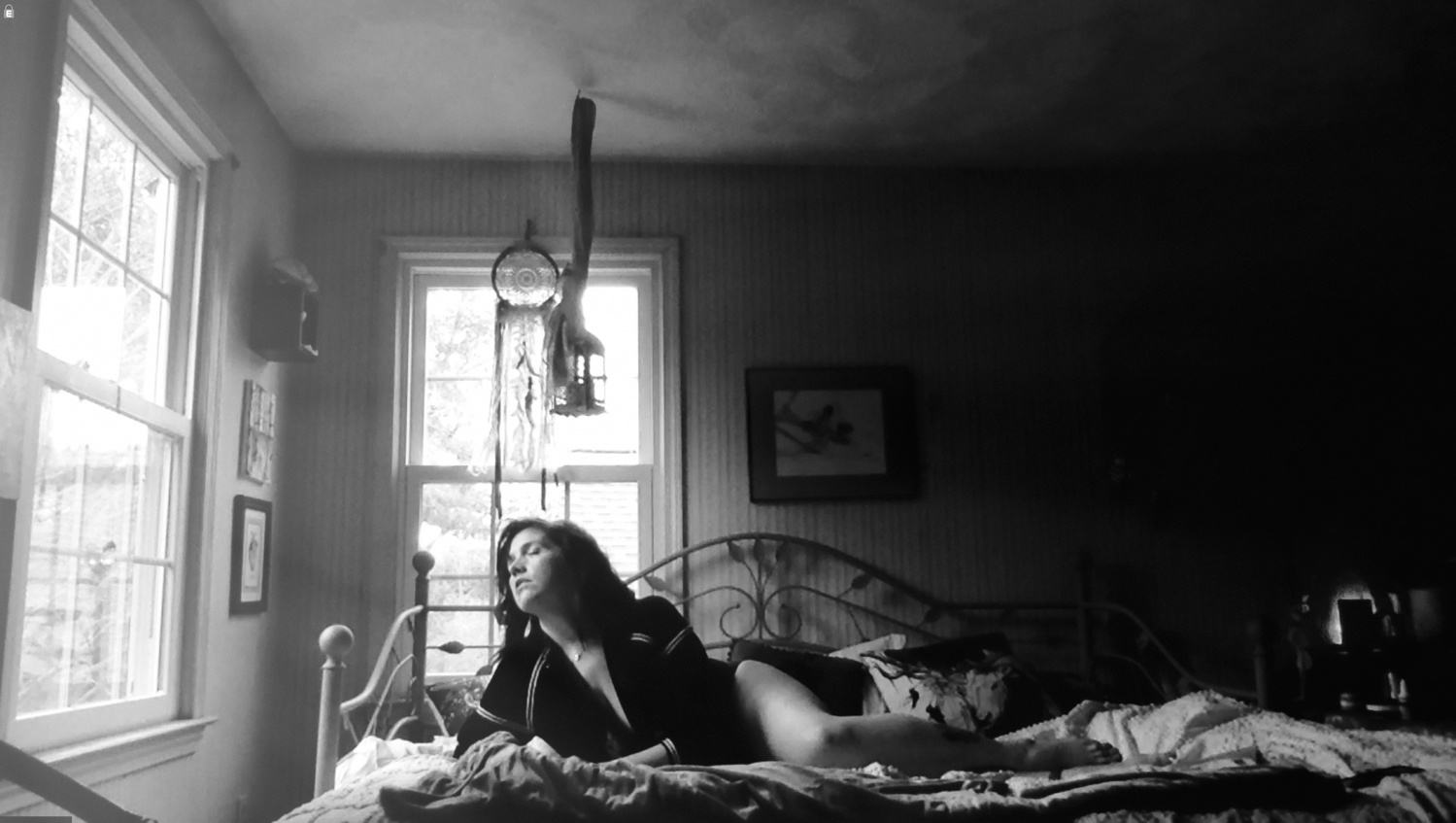 Taranto faced challenges to her business by testing positive and shutting her doors quicker than most small businesses had. However, with creative ways to connect with clients without leaving home and keeping up with social media, she can work towards keeping things relevant in her company. While she may not be able to have the income she received from her sessions, she is keeping a positive mindset on the situation. "I am focused on doing all the marketing I usually don't have time for," she wrote.

Boudoir / September 28, 2017
Getting Started in Collaborations for Boudoir Photographers

Man when you guys pick a topic it's like a bad case of OCD.

Since her case is mild, in some ways she's better off than a lot of us--we might even say "lucky." She will come through it early with a level of immunity, which will be one future worry she won't have. Masks and social distancing won't be a part of her life after this. Maybe there will be little badges The Immune will wear to identify that they're safe.

I also do portraits from my own studio, but I'm over 65 and my wife has complication factors. Even when businesses begin to open, the virus will still be out there, and we still can't afford to catch it. So masks and social distancing are in our future until there is a vaccine, another 18 months or longer. We won't be safe from other people or for other people until there is a vaccine.

Talk to me when you're really sick.