Asian Superhero in Waterfalls with 400mm

Benjamin Von Wong is at it again putting together a first-rate behind the scenes video of his recent shoot at Albion Falls that combined an Asian Superhero character, freezing cold water, levitation without Photoshop and the 400mm/2.8G lens. You've got to see these photos.

Last week Von Wong [website | facebook] shared that Nikon had graciously loaned him the 400mm/2.8G lens which he used to do a Brenizer Method style shoot, lighting it with only iPhones. Since he had the lens for a few more days he decided to take full advantage of it and trek out to a gorgeous location in Ontario, Canada. He collaborated on the shoot with his good friend Michael Demski who happens to be an actor, dancer and martial artist expert. Together the two put together a series of images that is absolutely stunning and a behind the scenes video that talks about the shoot. 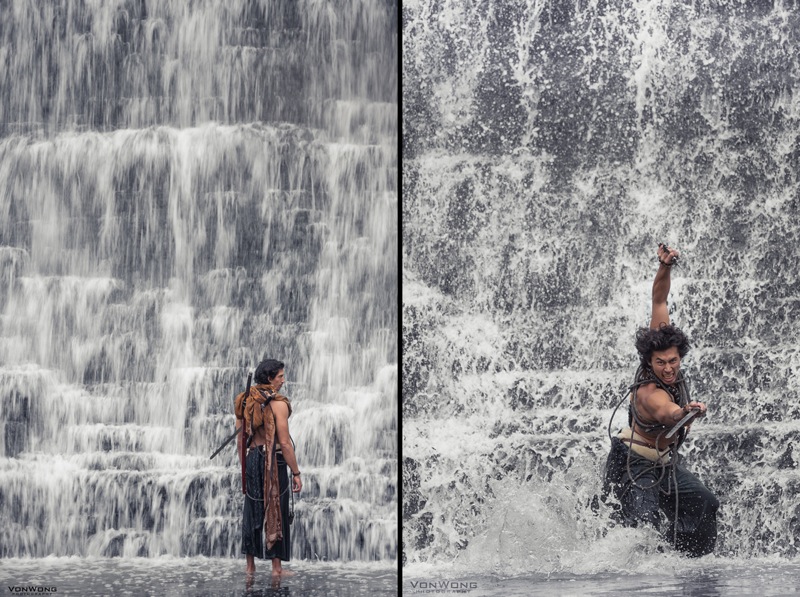 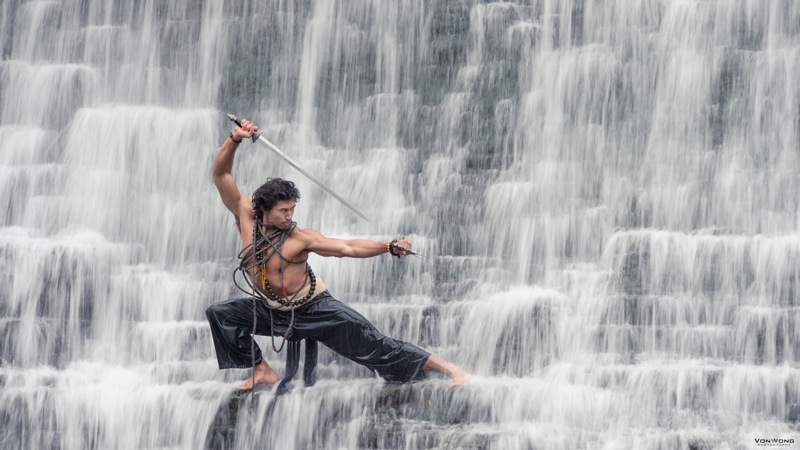 Von Wong describes some details about the shoot on his blog, "The first thing we did when arriving at the location was to scout out where we could actually go as well as how we could safely get to the various locations that we wanted to reach. Since I had a 400mm f2.8 (and absolutely wanted to use it) I had to get reaaaally far away to be able to get the shot framed like I wanted. This meant scaling the closest mountain with my 6 kg of camera gear."

During the shoot they encountered a set back when their Skyport triggers weren't firing consistently because of the distance, so in Von Wong typical fashion he went with another plan and combined a long shutter speed with static "frozen" poses thereby getting the "nice creamy water effect."

After shooting at the waterfall they found a path where Demski was able to put his dancer/martial artist skills to work turning and flipping through the air as Von Wong captured the motion at 11 frames per second using the Nikon D4. The result is a series of killer "levitation" like photos without the use of any Photoshop. 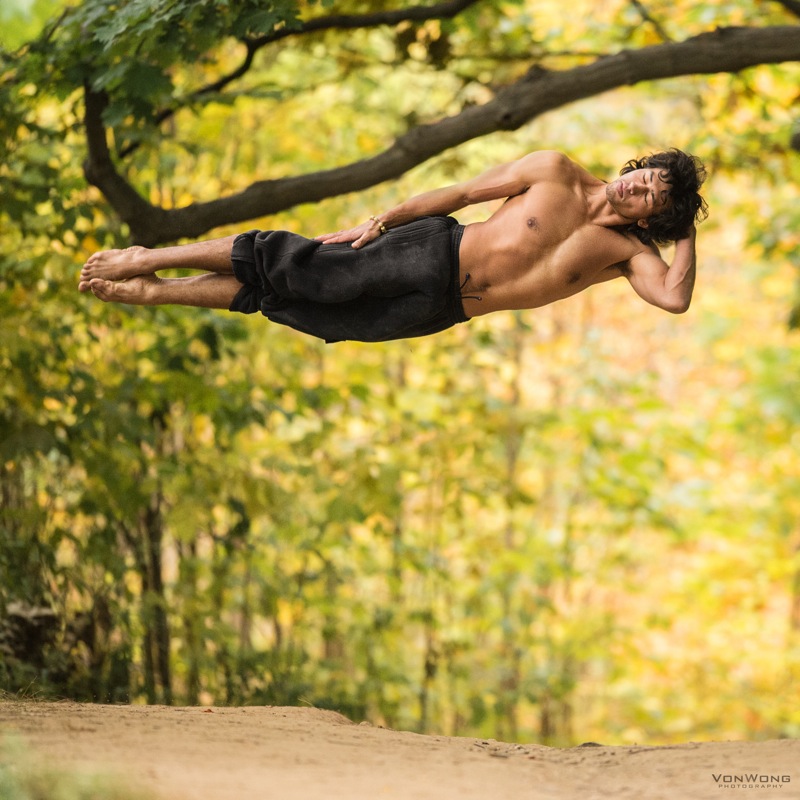 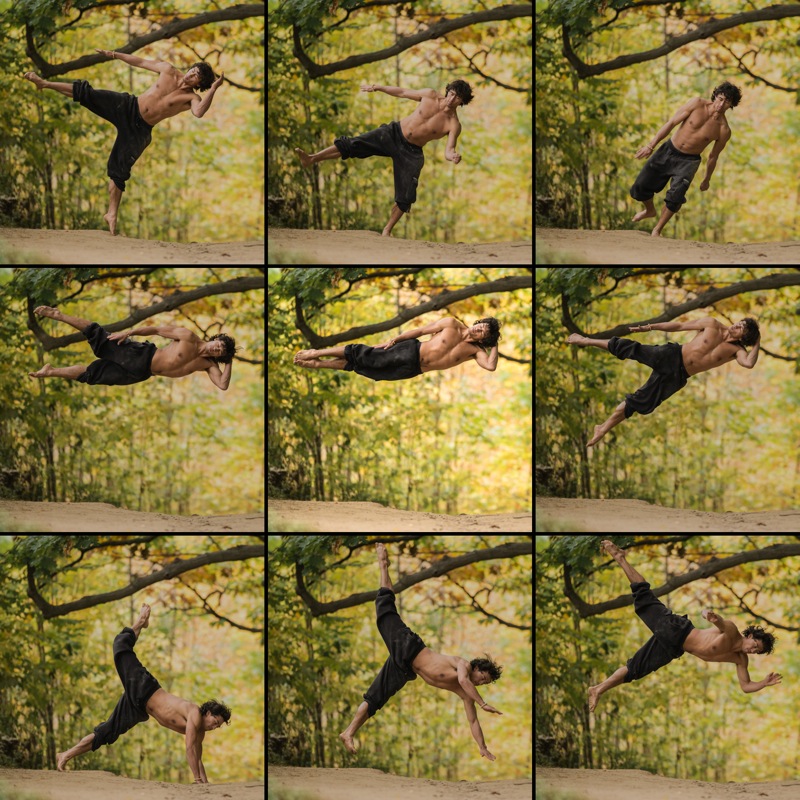 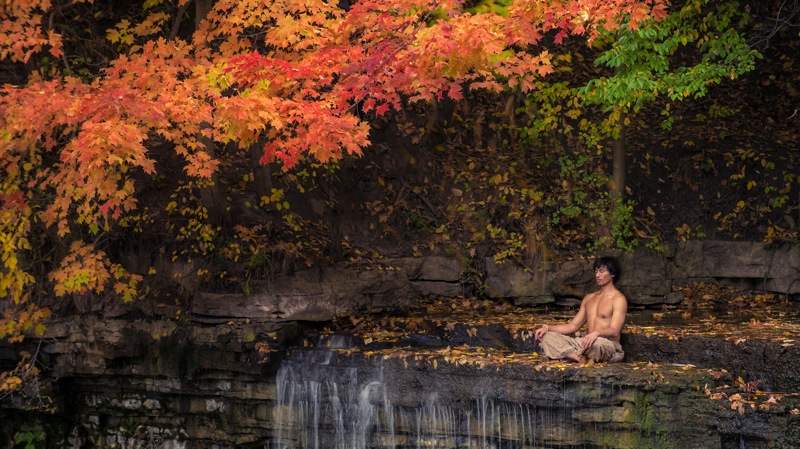 Thank you for sharing my work :)

Thank you for producing quality behind the scenes videos to share with all of us. Total inspiration!