Behind the Scenes in Japan for an Incredible Portrait Series

I'm always drawn to behind the scenes videos. I can't decide whether it's seeing how other photographers work or gazing at the equipment I now want to buy. It's probably a little from column A and a little from column B. This behind the scenes video is by Studio NEXT-IMAGE and shows photographer Sails Chong creating world-class shot after world-class shot in Japan using the Hasselblad H5D and Broncolor Siros L.

What really throws me with this video is that every shot created could have been a shoot in and of itself, and would easily have warranted its own behind the scenes video. It is a series of magazine-worthy editorials, in stunning traditional Japanese locations and outfits that could give a hermit crab wanderlust. There are images in both urban and rural locations with a full range of different lights and some images closer to "fine art." While the kit in play is undoubtedly exclusive to those deep of pockets, it's worth noting that the merit of these shots have very little to do with that fact.

The lighting is in essence, two strobes in lightweight octoboxes, which could be reproduced at a fraction of the price without too much loss in quality. The same can be said of the camera, to an extent. The images could be mimicked with a full-frame DSLR without them being unambiguously lesser results. This isn't a tirade against expensive gear, but rather a nod of admiration toward the visual artistry, composition, and mastery of light that lead to the beautiful creation. If it isn't too much praise for one paragraph, I'd also like to add that the sheer number of unique concepts in one series is equally impressive.

If you're in a bit of a creative rut or just want to send your creative juices in to mass hysteria, sit back, stick the video on full screen, and absorb its visuals. 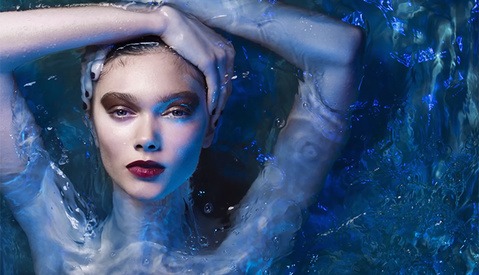 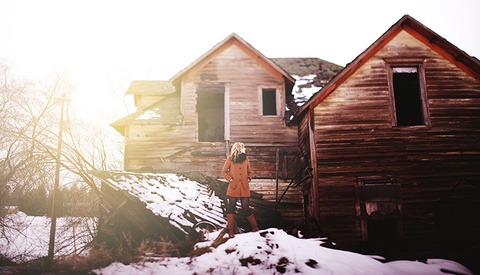 Videography / February 5, 2013
Behind The Scenes Artist Shoot With Cami Bradley 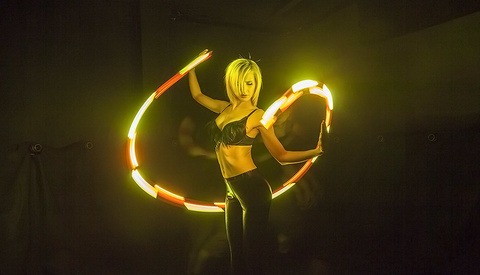 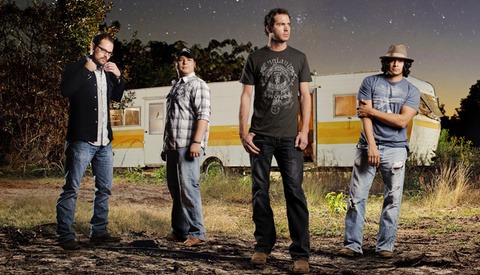 New
Portrait Retouching: Capture One and Photoshop
With Quentin Decaillet
$99.99
Log in or register to post comments
14 Comments

Wow, just amazing. They are all beautiful but the one at 3:12 is my favorite.

All of this was absolutely amazing and inspirational! The models were wonderful in this shoot. Thanks for this video; I love the cinematography. I felt as though I was there! I'm a photographer/videographer moving to Japan in July, and this makes me excited about the scenery that I will be shooting in. I'm really looking forward to my residency there. Such a beautiful place!

Wow, thanks for sharing!

Absolutely spectacular images and video. On a political note (sorry), it is great to see a team of Chinese and Japanese unite and create fantastic content.

I would have like to see more safety measures on that cliff edge. A gust of strong wind or a trip over that long dress and this would be a different news story. These are just pictures - not worth risking a model's life over.

DAYUMMMM that was amazing!!!

Really awesome and some really creative uses of light in some of of the shots. Very cool!

I used to live in Shanghai from 2007-2009 working with photojournalist Ryan Pyle.

Chinese love this look and have for a while. I was confused about Japan in the title with a massive Chinese commercial style. Then he started talking, and it made sense.

What's really cool about this video that most don't know, is how cool the concept of a Chinese Photographer working with and shooting in Japan. These two countries no not like each other. A high percentage of both countries are Über racists towards each other. I have Shanghainese friends that told me about the massive protest in 2012 against any and everything Japan that were really bad. If you have time it's an interesting read. https://en.wikipedia.org/wiki/2012_China_anti-Japanese_demonstrations

Good to see small steps towards friendship between the two countries. Nice post!

"Chinese love this look and have for a while. I was confused about Japan in the title with a massive Chinese commercial style. Then he started talking, and it made sense."

Agreed. I thought the same when I first started seeing the images too.

"What's really cool about this video that most don't know, is how cool the concept of a Chinese Photographer working with and shooting in Japan."

Also spot on. My wife is Chinese and it's really neat to see that this kind of collaboration can happen even with all of the bad blood in the past (and the current saber-rattling with the South China Sea) between the 2 countries..

>> The lighting is in essence, two strobes in lightweight octoboxes, which could be reproduced at a fraction of the price without too much loss in quality.

This remark seems to indicate complete incompetence. Unless the video was staged separately to the actual shoots, at least some of the time the strobe to subject and camera subject distances were each on the order of ten metres and still overwhelmed daylight - you do NOT get that power from standard strobes! You don't even get from a reasonable size cluster of them unless you're using a camera with a leaf shutter (which was the case here I think, and had a significant effect that you don't seem to understand.)

Yes, you could do *something* with a YN560 in a cheap octo - but nothing like the shots here.

>> While the kit in play is undoubtedly exclusive to those deep of pockets, it's worth noting that the merit of these shots have very little to do with that fact.

These shots relied on enough flash power to keep a light source faraway from the subject and still, even after being diluted by a demanding modifier, feed a distant camera. As taken they would have been impossible without the level of gear used.