A chilly September morning. The crispness in the air added weight to the solemn moment. My composition was all figured out. I patiently waited for the final elements to come into place.

Kneeling on the cold concrete, I trained my lens on his face, stoic and determined. My angle, pointed up, showed him as strong and heroic. His white, gloved hand held the folded flag. A wisp of warm morning light on his cheek caught the silvery streak of a single tear.

“Wow,” says a woman behind me, “I’m kinda embarrassed to be next to you.”

"What?" I turn my head to see a middle-aged lady standing in the crowd behind me looking very uneasy, fiddling with the point-n-shoot in her hands.

“You have all that fancy stuff and all I got is, well, this.” She shyly pointed to her little camera.

“No, not how to operate it, but how to really use it.”

I told her that I had to finish my assignment for the newspaper, and then I would tell her my five universal tips to make anyone a more effective photographer. So I did, and here they are:

Something funny happens to most people when they see something that they want to photograph: they stop like their feet have been nailed in place. From that spot, they then take the photo, usually a single frame, and then go about their day. I tell people once they are about to take a photo, walk at least two steps closer, then take the picture. Even with portraits. For some reason, people have a hard time physically getting close to their subject. The old saying is to “zoom with your feet.”

Being closer to the subject adds a sense of intimacy/proximity to the moment. A good friend of mine who is a fabulous wedding photographer has said to me that she in in awe of how I will practically sit in my subject's lap to get the intimate photo of them that I want.

Get close and fill the frame. Then take a few more frames. If the subject was good enough to stop you, spend a few moments to make a good image. 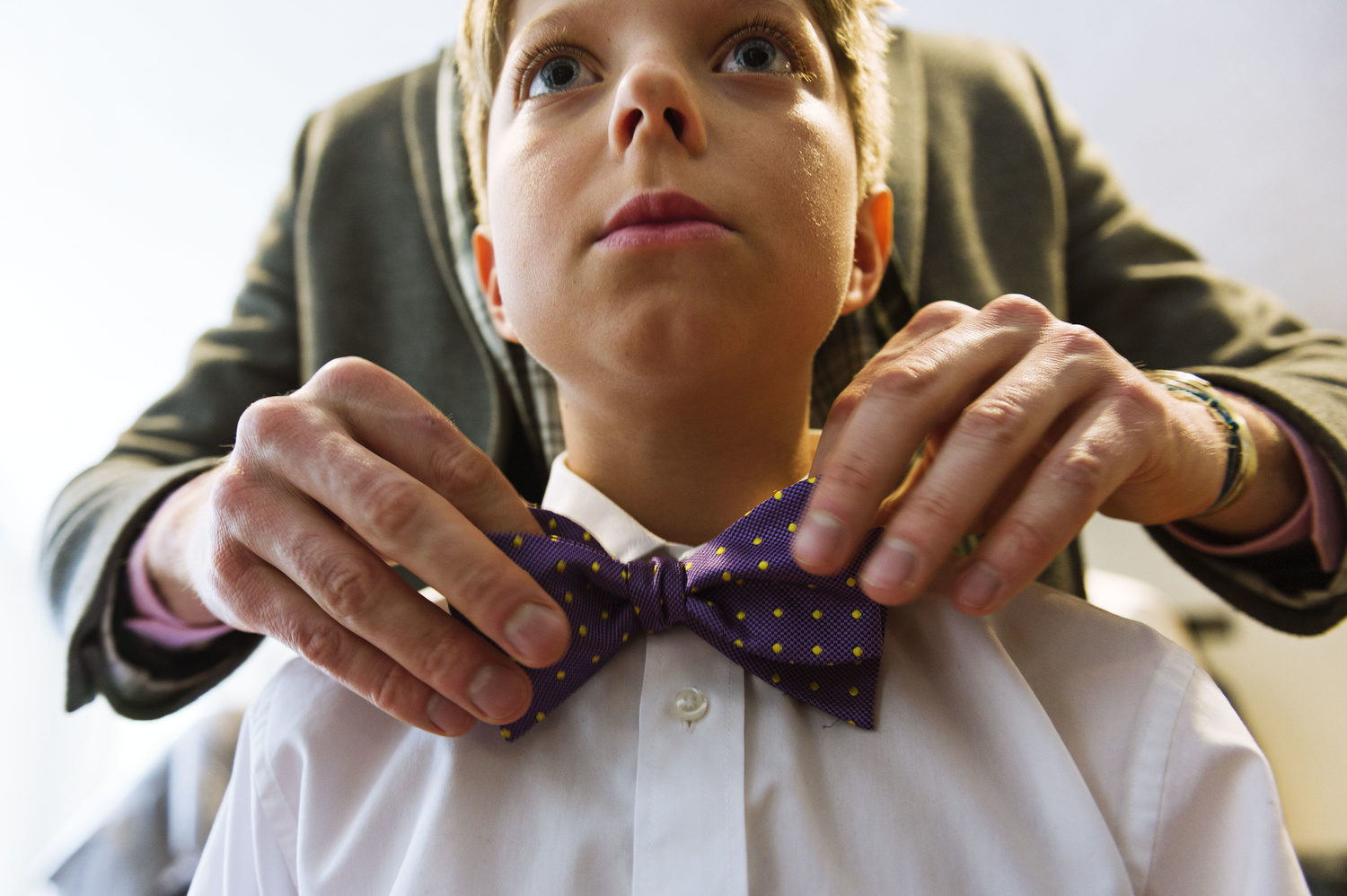 Move in and make the viewer feel like you are present and not a voyeur. With human subjects, it means establishing a connection to them to allow you to get inside their personal space.

Just because you see the world from your height does not at all mean that the photo looks best when taken from where your eyes normally are. Get high, get low. Take the shot from the perspective of your dog or a worm. Find something to stand on and get the angle of an elephant or bird. If you ever meet me, you will notice that the knees and seat of my pants are always scuffed up, because I am constantly kneeling, sitting on the ground, or crawling about to get low angles. I also am quite adept at climbing on things and am often dangling from heights to get a different look. Some angles work for the subject, some don’t, but if you don’t give it a try, you could miss out on a much better way to show your subject. 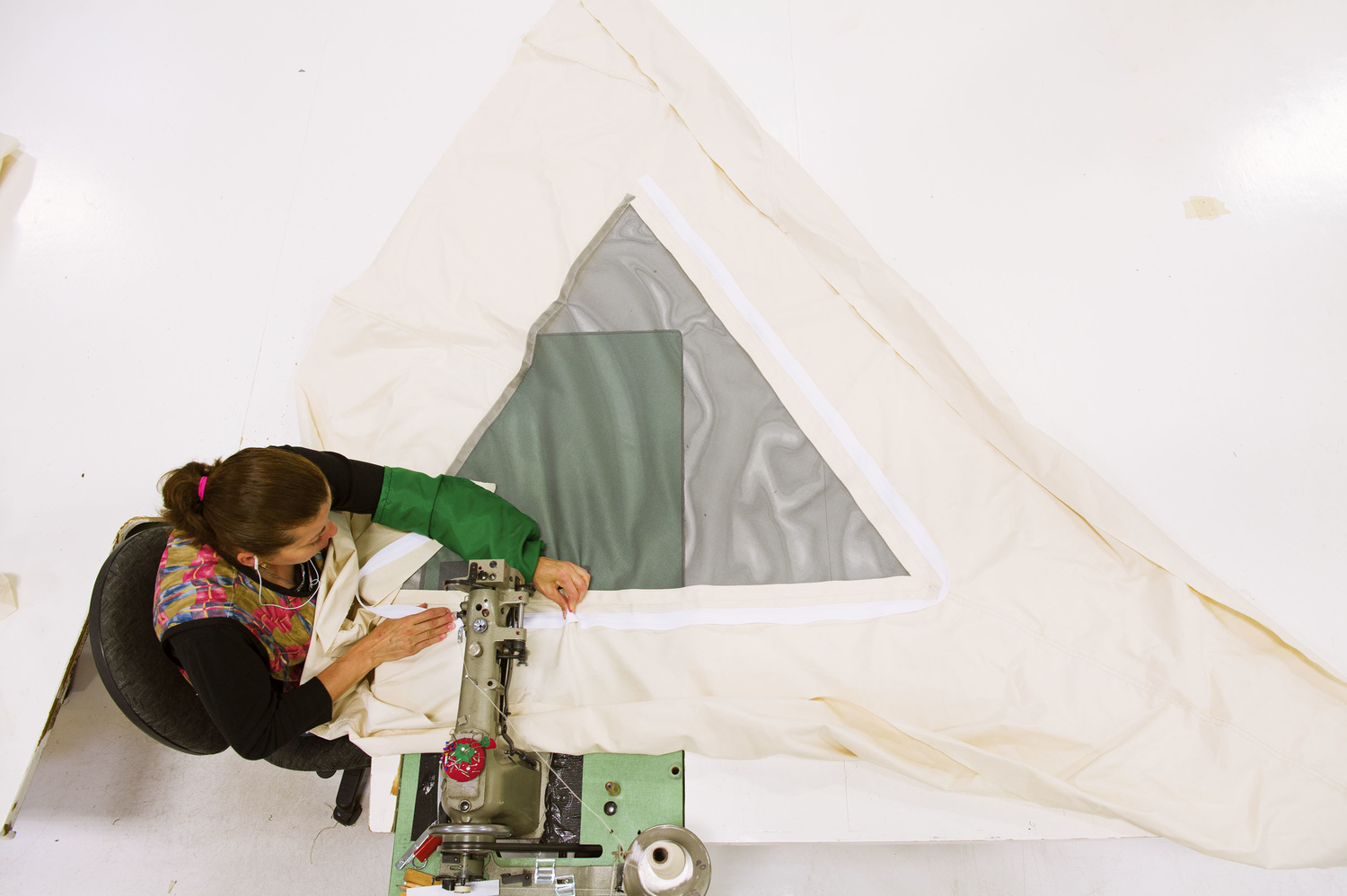 Finding and then climbing to the top of a tall ladder gave me a sense of scale in this photo of a woman stitching together part of a large tent. It took some thinking and effort to do, but the perspective was worth it.

Especially with landscapes, once you have your perfect shot lined up, turn around. More often than not, a more interesting photo is behind you. Take the first shot, and then, spin about and shoot the one that you didn't see. I think that we tend to get tunnel vision when we see something interesting or beautiful that we want to capture. We see that one thing, the light, the color, whatever, and we get locked into that shot and that alone. I strongly believe that there are wonderful subjects everywhere. We miss almost all of them, because either we don’t see anything at all or if we find something, we mentally exclude all the other possibilities. As the saying goes, “you find what you go looking for,” so keep the most open of minds and really look around. 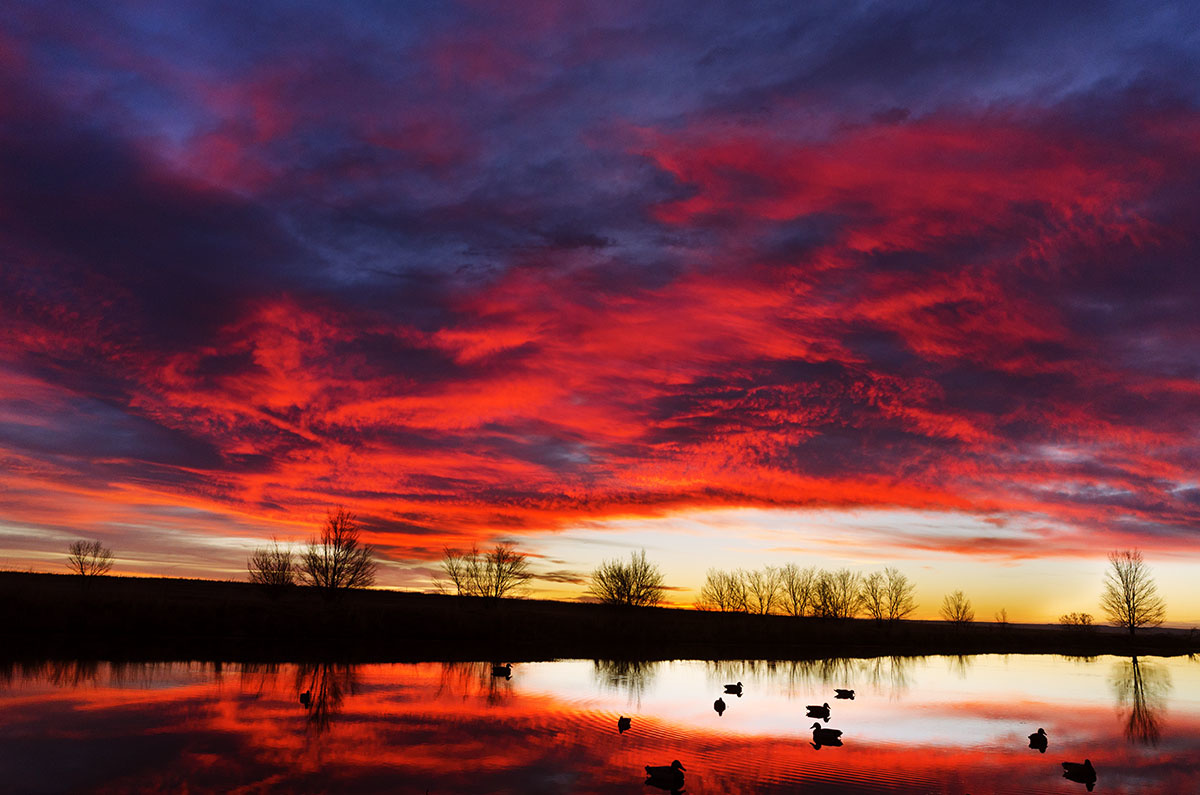 If there is good light in front of you, then there could be great light behind you.

Tip 4: Keep Your Finger on the Button.

Things move fast, so be ready for the delightfully unexpected. Always have your camera set to a high-speed continuous drive mode, especially when doing portraits, and keep your finger on the shutter button. Why? Fleeting moments are the best. You can’t plan for them and you can’t create them. They just happen once. Being able to immediately get another frame or maybe a quick sequence after what you thought was “the shot” can be the difference between a good frame and a magical one.

A great example of this is the dreaded group shot. You get everyone together for that rarely inspired but necessary image of all the friends. You give them the “one, two, three!” and they all dutifully smile and pose for the camera. However, as soon as they think that the moment is captured, something else always happens. Eddie makes a face, Ali playfully slugs Beth, Tony falls down. Who knows, but something always changes and they become real again, no longer performing for the camera. True personality comes out. Those are the gems.

They don’t know that you’ve been taking additional photos the whole time. If you only had the camera on single frame, if you took your eye away from the camera, if your finger wasn't on the button, all those moments would be lost. Similarly, as soon as you see that something interesting is about to transpire, lay on the hammer! And keep shooting until that emotion or event is obviously finished.

I could tell that he was beginning to tear up, so I kept watching and as soon as his hand went to his face, I knew that his emotion would come out to make a visual statement. I kept on the drive until he was obviously done. The final frame of this sequence was the moment that I wanted.

The only time that my cameras are ever in single frame mode is when I’m shooting with studio strobes that can’t possibly keep up with high speed. But even in that situation, my finger and eye are always ready and paying attention.

When you are thinking about the photo that you are going to make, even before you even put your hand on your camera, imagine that you have an audience and describe what about the subject is inspiring you. Is it a sense of texture or rhythm? A set of strong lines forming the basis of a composition? Some element of light? Verbalize what you want to show in the photo. Then, go and show just that. Exclude all the things that may distract the viewer from what you really want to show. We often put too much in our photos and the real intent of the image is lost to the unnecessary. Just because you see “it” in the frame doesn't mean that others will.

This problem can lead to what I call “the brown dot” picture. You know. When your friend tells you about the biggest (large impressive animal) that he’s ever seen. “It was huge! And steam was coming off its flanks! It was amazing!” When he shows you the photo of this impressive beast, all you see is a landscape with a brown dot. That? That is the massive and imposing creature?

He saw the animal with his eyes, but wasn't able to show its grandeur through the camera. If you have to explain the photo to the viewer, then it’s most likely not as successful as you think. 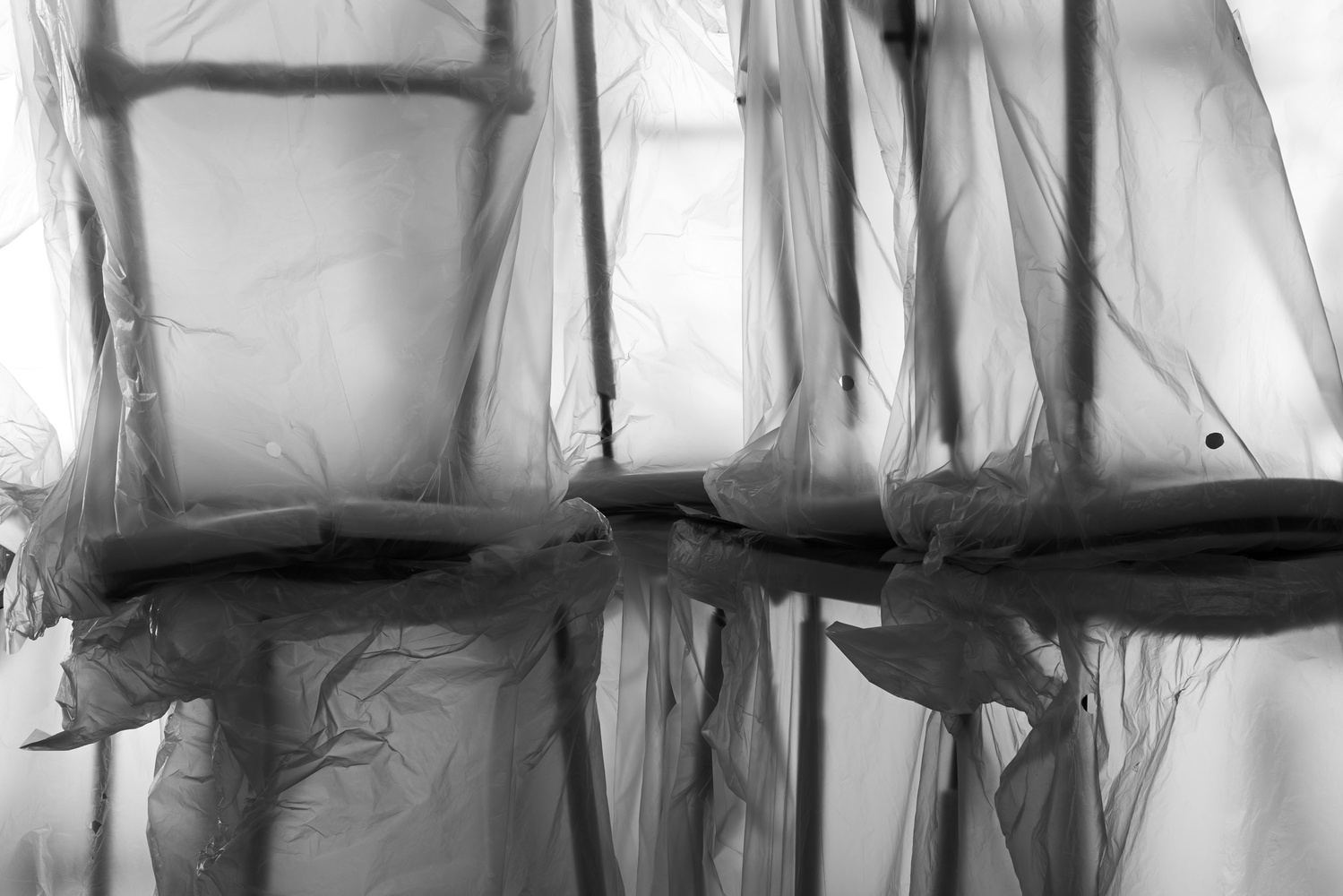 An abstract of chairs stacked with their plastic shipping bags on them. It's purely about the repeating patterns and the tones that the backlit bags make. If your initial reaction is "Lovely. What is it?" rather than just "What is it?", then the frame is successful. 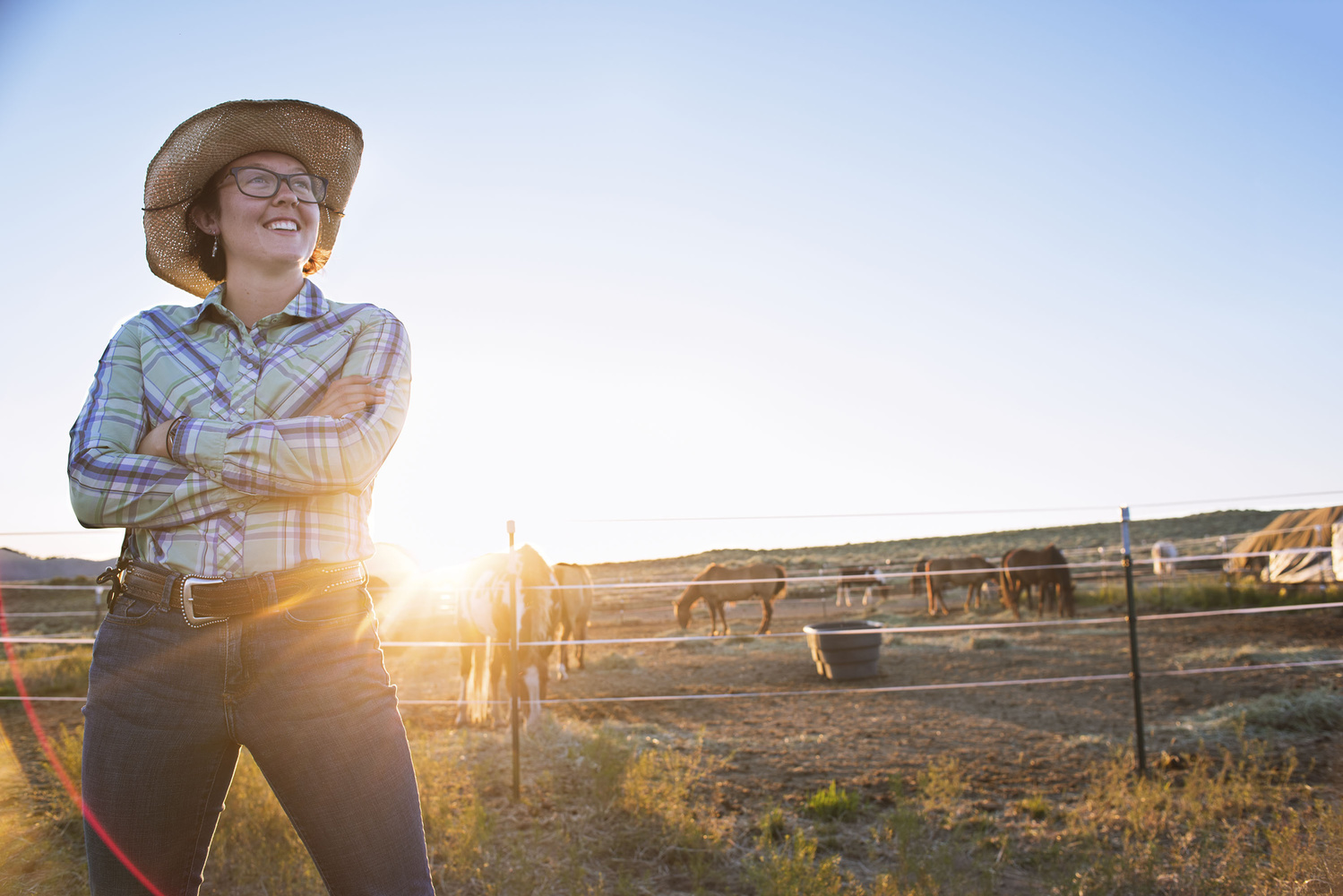 It took me two and a half years to put the pieces together to get to central Wyoming and make photos of a woman-run horse-outfitting company. The first time that I tried, things didn't work out, so I kept at it until we could make it happen. Worth the effort!

Sometimes, you see something that has promise, but now is not the right time to capture its essence. The time of day is wrong. Maybe even the time of year. The subject isn’t in the mood. The light is terrible. A whole host of reasons may present themselves to make what could be a spectacular image one that is simply boring. If the subject has quality, then make a note of it and promise to come back when you can show it as you truly imagine. Some wonderful photos present themselves before you in all their glory, and all you need to do is make the picture. But many require patience and determination. Don’t let those slip by. Create a list of subjects and break them down by location and when to shoot them. This gives you a bunch of self-generated photo projects. It also makes your work more personal, because you have become emotionally invested in seeing them created.

My fav- eye level does suck. I love your writing style.

What a pleasant thing to say to a total stranger

some great tips.... say it out aloud one for me to stay doing more!

Well written. Simple and honest. Made me want to sign up to this site. (long time reader)

Great advice. Every single one of these are helpful.

This is one of the best articles I've ever seen on this site. Every piece of advice is spot on.