When you see portraits of people in exotic locations, do you think they are actually shot on location? Or do you think the background has been composited in using Photoshop? In this article, see how Lindsay Adler created these on-location portraits in a forest without leaving the comfort of her studio.

In this inspiring 10-minute breakdown released by New York City-based beauty and fashion photographer Lindsay Adler, she takes you behind the scenes of how how she shot, lit, and edited these cinematic portraits of a girl in a forest, but the catch is that all of the effects were created in camera. The girl who seemingly looks like she is stranded in an enchanted forest is in fact standing in front of a life size print of that forest in Adler's studio in downtown Manhattan. In this episode, she reiterates the importance of creating the effects in camera and ultimately having the creative control over the lighting and props before even entering Photoshop.

In this image, see the settings and lighting that she used to make the scene look believable. 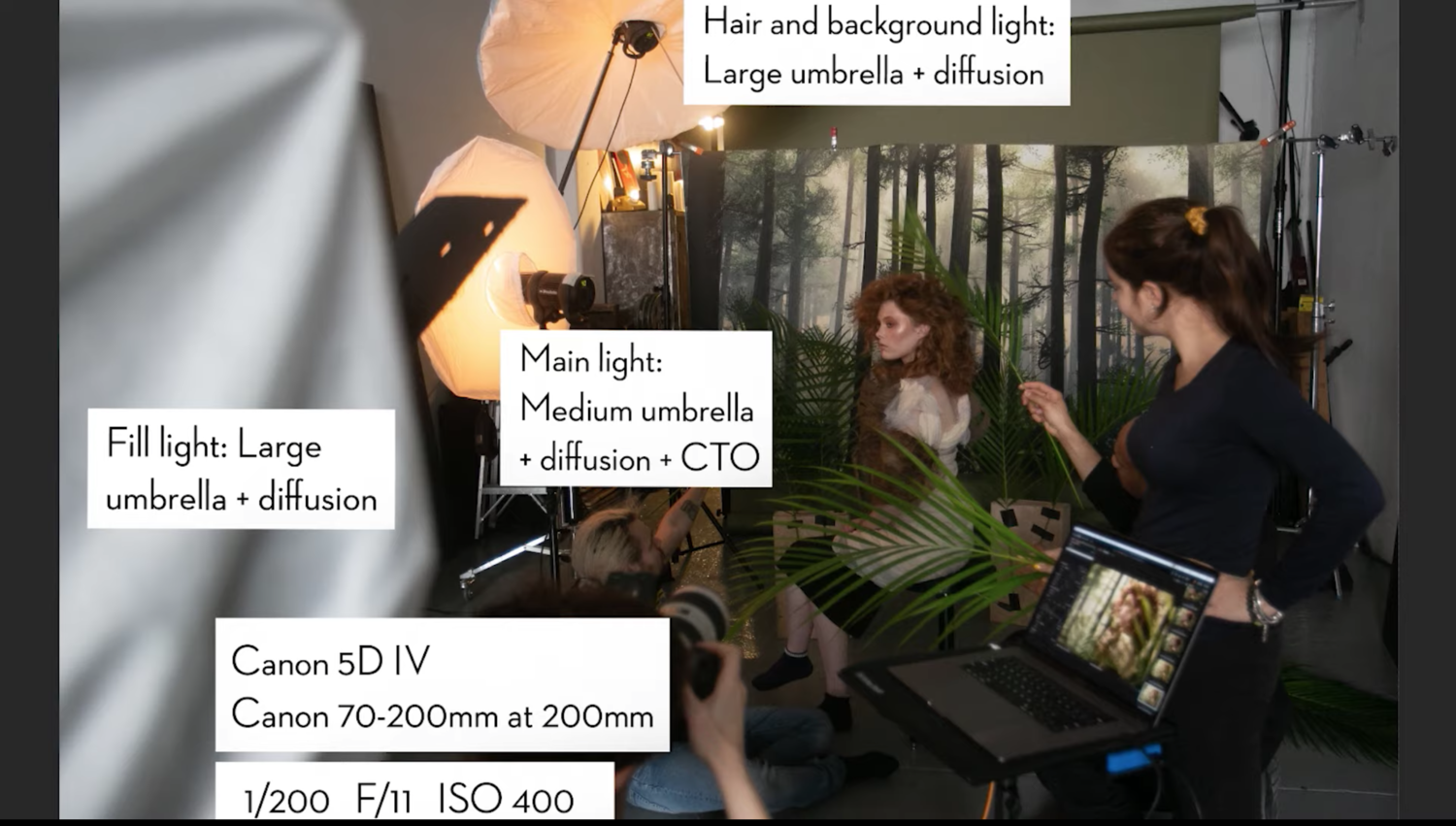 By the time I finished the video, I didn't even feel like ten minutes had passed. The way she explains her process is so easy to watch. For me, the biggest thing I took away was that in order to make compelling and realistic-looking scenes in my studio, there is a lot of planning that must go into each image. It made me really think about why I create an image and the story I want to say with it. With using my resources creatively like she has, I can also bring my visions to life.

This video is part of an ongoing weekly series Adler is releasing called "Photo Deconstruction." In this informative series, she dives deep into the details of her favorite photos and breaks down how those images were shot, edited, lit, as well as the inspiration behind them.

Posted In:
BTS
Capture One
via:
Lindsay Adler
37 Comments

I will be sharing more of her stuff in the future! Be on the lookout!

"Cinematic"………
Why everything is "cinematic" today????

All nice pictures are "cinematic" in the same way all tutorials are "master classes."

lol, so true…
And news are always "exciting".

SEO points, it's a classy buzzword.

How would you define something being cinematic?

The word cinematic comes from greek "kinein" meaning "movement".
As I know in a STILL photograph there is no movement.
Using the word "cinematic" about a photograph is an oxymoron.

A bigger challenge would be to shoot a girl stranded in a studio without leaving the forest. Oh and cinematic of course. Cinematic what though? You can use that photo in a movie or what?

Try not to get upset or triggered by the word 'cinematic'. It's not a big deal whether the word is used or not is it?

Buzzwords like that are annoying because they may have started off somewhat descriptive at first, but just lose all meaning and become empty filler for lazy writers as they become applied to everything.

Well, it's not annoying for me, I can look past it.

Good for you. Not everyone is you.

And also, good for you Mikey that "buzzwords like that are annoying". Not everyone is you.

I am well aware of that which is why my post was explanatory rather than prescriptive.

Note the absence of statements telling you how you ought to feel about it or whether you ought to pay mind to it or ignore it.

It's as big a deal as any individual feels it to be.

As for a more prescriptive statement, I'm not sure if you're purposely attempting to be disrespectful, but don't get familiar with me. You're not my friend and even they know that my name is not "Mikey".

Geez Louise calm down mate. Try not to let everything trigger you, it's not good for your health ;)

It's a bit difficult not to. Mental health issues. Literally. Working on it.

Given the breadth of motion picture styles, couldn't just about any photograph be considered "cinematic"? That definition is rather unhelpful in actually shedding light on the specific properties that make an image "cinematic" as opposed to not.

Well yeah, a video can be cinematic. Actually by your definition any video is cinematic. But we’re talking about pictures here.

I believe cinematic means when the image you are creating appears to be taken out of a movie. Also focusing on story and emotion.

I suppose it depends on how someone views "cinematic." To me, a cinematic image is something that when you look at it, it evokes the idea that the image is a still frame that was captured from a cinematic movie; that it is amidst a larger piece of action, and that something came immediately before it and something occurred immediately after it. Mid-action, if you will. Of course combined with appropriate color grading and aspect ratio, etc.

However, to some it's any image that crushes blacks, slightly mutes the colors and pushes an orange and teal/green-ish color palette.

I definitely agree here! I think in a cinematic image, there must be a sense of movement and emotion. Like a still frame from a movie.

I've taken to experimenting with creating what I feel are "cinematic" style portraits and I must say that it's very difficult to get it right. Or at least what is right to me. The sense of movement and emotion is very difficult to capture.

The color grading and aspect ratio is the easy part.

Even the best cinematic street photographers capture what you're talking about; sense of movement and emotion. This guy, for example, is amazing at it: https://www.flickr.com/photos/djpoe/

Pretty awesome examples! Thanks for sharing. It sure is extremely difficult, but when done right, like i think Adler did, it's amazing!

Yes and yes. I have an apartment studio in my apartment. Ms Adler’s work inspires me in my small space. I just posted some glitter gel photo on FS. My first. Gel dust every where, lol. But had a blast pulling this off. I was pleased with my results. I have much to improve and learn. So testing, shooting is my best way to gain experience on a tiny budget. Rosco Gels, all other material from walmart, hair spray and Vaseline. Good post. Shooting keeps me thinking art and excellence at age 73. Great post FS. 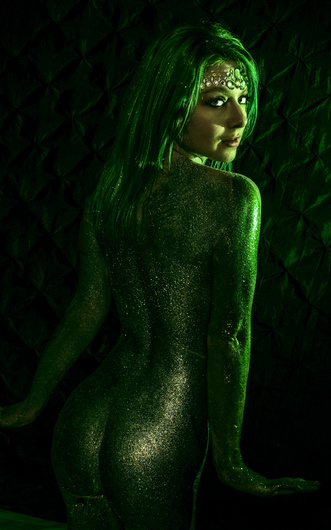 "I have an apartment studio in my apartment."