Take a peek inside this landscape photographer's backpacking bag to get an idea of the camera and camping gear that you might want to bring on your next adventure. I don't know about you, but one of my favorite things to do when I was first learning about photography was watching those classic "what's in my camera bag" videos on YouTube. Looking back on all of those hours spent hunched over my computer, I tend to let out a chuckle. But at the same time, watching those videos definitely did give me a better understanding on how I might approach photography gear, especially in the outdoors.

In this video, Adam Karnacz, a.k.a. First Man Photography, gives us an on-site look at what goes into his backpacking bag for his photography adventures in the great outdoors. Karnacz is an English professional landscape and wedding photographer, as well as a filmmaker. The creative also has a massive YouTube vlog presence, with 103-thousand followers.

After a few minutes watching this video, you may be surprised at just how much equipment and gear that Karnacz is able to fit in his bag. As an outdoor photographer myself, I can attest to the importance of finding the right backpack that matches your shooting style, as well as fits all of your personal gear. We all have a slightly different kit, so finding the right pack might take a while through trial-and-error. Karnacz uses an F-stop bag, but I personally use a pack made for only hiking, then add in my own F-stop ICU, instead. But at the end of the day, it all comes down to personal preference.

Watch the above video to see what this creative keeps in his pack for shooting outside, and hopefully it helps on your next outdoor photography adventure.

Love Adams channel, been there since he had like 2000 followers.

Not sure I’d be lumping a large DSLR up mountains for wild camping myself though, but that’s a personal opinion and not one I expect anyone else to adhere to.

Haha yes it would, and funnily enough Adam does that exact thing on a recent video and still manages to capture a great shot. Not enough to convince me to switch just yet though ;)

I don't want to make a mountain-top out of a molehill or start down a grammatical slippery slope but... "peak" inside?

Peek vs. Peak vs. Pique
Peek, peak, and pique: they sound the same but mean very different things.

The first one we learn is peek: it has to do with looking, especially furtively or quickly or through a small space, as in "open the box and peek inside." It's both a noun and a verb; when you peek, you take a peek. Our advice for remembering this one is to keep in mind that you peek in order to see.

Peak is the verb you use to talk about reaching a maximum, or coming to a highest point, literally or figuratively, as in "The meteor shower will last for several days but will peak on Sunday." Its noun counterpart, which refers to various pointed or projecting parts, is more common: something that peaks reaches a peak. Just as every mountain has a peak, thinking of the peak—the highest point—is the way to remember that peak is the choice for reaching the highest levels. Associating the "a" in peak with the "a" in maximum or with a capital "A" (the most mountain-like of letters) can be helpful.

Pique is the oddball of this trio. We know the "ique" spelling from the likes of technique, antique, and unique, but pique nonetheless looks a little exotic. It comes from a French word meaning literally "to prick," but its earliest English use was as a noun. The noun is still used: a pique is a transient feeling of wounded vanity—a kind of resentment. As a verb, pique was (and still is, especially in British English) used to mean "to arouse anger or resentment in," as in "Their rudeness piqued me." Now, however, it's most often our interest or curiosity that gets piqued—that is to say, our interest or curiosity is aroused, as in "The large key hanging next on the wall piqued my curiosity."

Pique has another meaning too, though it's less common than any of those already mentioned. Pique sometimes is used to mean "to take pride in (oneself)," as in "She piques herself on her editing skills."

Master this trio, and you can pique yourself on your word skills.

What a lovely unpretentious bloke he is. Never seen him before. Will be watching more of his stuff.

Awesome channel, plus he grew up about 20 miles from me so most of his videos are local to my area, meaning I can get genuine inspiration of where to shoot etc.

The one thing I don't skimp out on is my coffee. Currently using the Snowpeak Titanium French Press for my BWCA trips. It does a good job and it's light. It will make two medium cups. 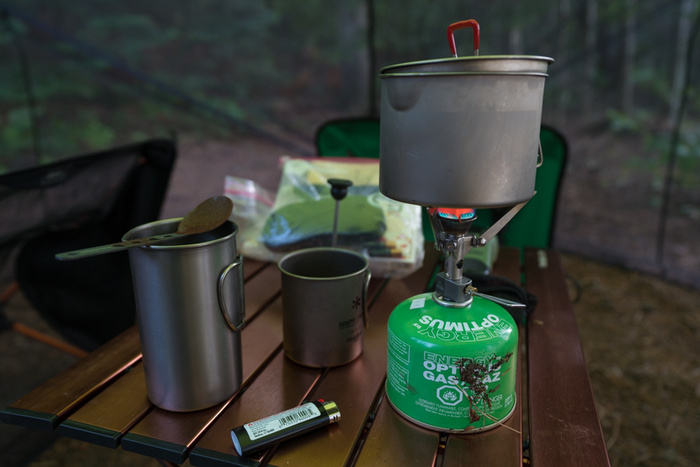 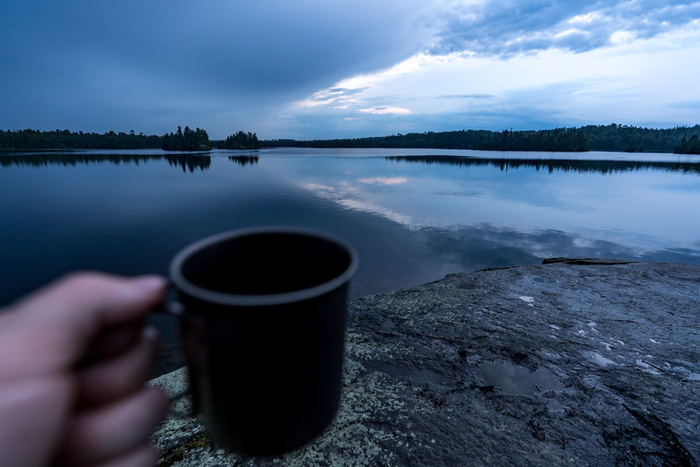 Apparently, there's a peak of some sort inside his backpack. Maybe it's a mountain. Maybe it's a dollop of whipped cream. My curiosity to have a peek at this peak has been piqued.