Studio Basics: Discussing Portrait Lighting Patterns and How I Use Them in Glamour

I admit it freely: I didn't used to pay attention or care about portrait lighting patterns. In fact, when a photographer would mention them around me, I would cover my ears and say "La la la la la" as loudly as possible while hurriedly trying to leave the room. There was a time where dismissing the standards was my usual, as was my tendency, but eventually I realized I was missing out on fundamentals that I could easily have built on and expanded rather than ignored. Just starting out? Don't make my mistakes.

Portrait lighting patterns are deceptively similar in that it can be difficult to determine what makes them so different, or useful, to the beginner. For example, Loop and Rembrandt lighting patterns have quite a lot of crossover and basically look identical to the untrained portraitist just starting out. Split lighting seems painfully obvious, and Butterfly lighting can be difficult to use properly on your first go.

Let's review the main lighting patterns you should know about in portrait work once again, this time with my opinions of each, and why I like or dislike utilize them in my work.

I tend to call this one "the usual" in terms of lighting a portrait, and I use it exactly never. That is, unless the scene and pose end up creating a loop lighting scenario by chance, shot to shot. Loop lighting is more or less the standard in, I dunno, high school yearbooks and such, and does very little for me. In fact, I was hard pressed to find a sample in my catalog of work that could pass as Loop lighting, but here it is (even though it is decidedly not a high school yearbook shot).

To divide the face in a shot evenly down the middle seems really quite obvious, but it shouldn't be entirely dismissed. In a portrait situation, using the split pattern is more or less lighting one side of the face (and therefore usually only one eye) and not lighting the other side. This can create fantastic drama or fall flat by looking simply wrong. It is a matter of millimeters at times, and exact angles.

Like Loop lighting, I tend to create Split lighting patterns quite by accident, depending on how a set evolves as I am shooting and the model is posing.

The most pretentiously named lighting pattern is said to stem from the famous painter's prolific use of it, but it immediately looked suspiciously like Loop to me when I was first learning about it. There is a lot of grey area, to me, but I have more or less realized that the Rembrandt pattern is basically somewhere between Loop and Split.

In Loop lighting, you generally try for a 45 degree angle, slightly from above, to create a little bit of shadow shaping on the face. Both eyes are generally well lit, and the overall aesthetic is generally pleasing and casual. In Split lighting, the mood is more dramatic, and the shadow part of the face takes center stage in the mood of the shot.

Rembrandt isn't quite as casual as Loop, but not as moody as Split, if that makes sense. The Rembrandt pattern calls for fairly pronounced shadows on the face, but with the contouring of the facial structure being created by highlights and shadows on both sides. It's as if the pattern is about to become Split if the subject moves even an inch, but is also not even enough to be Loop. How much sense am I making?

Perfect example of this game of inches is this shot I did of Staci Butcher recently in Houston:

Butterfly lighting is what I have used for most all of my work for centuries (ok, since 2009). For one thing, it is so easy to go from a dramatic look to a super even commercial look with just a small change to the light position when using Butterfly. While a solid boom stand is pretty much required, making the effort to use this lighting pattern is worth it.

I have been told that I tend to take some liberties in determining what is Butterfly lighting and what isn't when it comes to my own work. But really, at the end of the day, Butterfly lighting can be described as "slightly in front, centered, and above eye level", which you can see in at least 80% of my portfolio. Like all the patterns, it works great on its own and with a fill light and/or reflectors.

Intentionally trying for the Butterfly pattern when not in-studio is actually something I challenge myself to do when the situation demands it. I could be in a hotel, a loft, maybe a bedroom, a pool, the woods, the beach, or anywhere. Trying to create the Butterfly pattern outside of the studio can be difficult at times, but as I said it is totally worth the effort.

The world of portrait lighting patterns should be taken seriously and studied, but not obsessed over. I have found that starting with a pattern in mind on set at least gives you a focus and a vision to work with, but you should be careful to accept any happy accidents that may occur when your planned pattern gets nixed during shooting. You never know when your Loop vision becomes a far better Split one, or any other unexpected result. Learn the rules, but be open to breaking them, even by accident.

Staci and I recently went over Rembrandt and Butterfly lighting in a recent episode, so you may want to check that out to see how simple it can be to achieve these looks.

Which patterns do you like to use, or tend to gravitate towards? 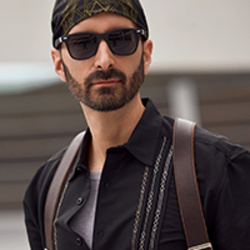 Nino Batista's work is regularly published in lifestyle and men's publications all over the world, and he is regarded as one of the premier fashion and glamour photography and retouching educators in the U.S. 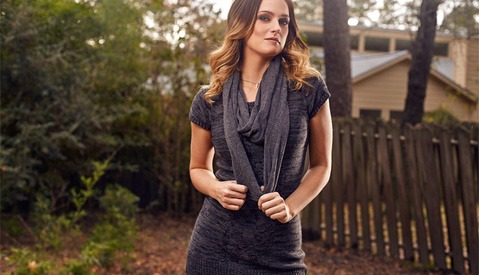 BTS / January 1, 2016
How I Sometimes Control the Sun by Re-Lighting Portraits Outdoors
Log in or register to post comments
6 Comments

The basics are always the most exciting. Always a treat, Nino, to read your posts.

Here's a shot from my own world just a couple hours ago. Full-flooded ring light.

Great little video and writeup as always Nino!
I appreciate it!!

Broad lighting? short lighting? All subsets of the above or patterns of their own?

I like that you talk about these as patterns that can be applied in various situations!

All that gear an no decent audio... at the beginning.

Yes I'm going to keep complaining till you fix it!!!!