Swallow Your Pride and Get on Your Knees

Angle is everything. It's often the difference between a mediocre shot and a legendary one. Ansel Adams once said, “A good photograph is knowing where to stand.” It turns out he was actually pretty off because it's actually all about where you kneel, lay, and hang.

Before I picked up a camera I would chuckle when I saw photographers all over the ground in painful positions. Now I am one of those photographers and I can't help but shake my head when I see people shooting while standing straight up because I know their images would be a million times better if they'd just take a knee or two. Here's why you should be kneeling with your camera and even lying on the cold, hard, dirty ground to get the angle just right. Once you start shooting from your knees you'll soon realize that for some situations, being on your knees just isn't low enough so you'll start to lay on the ground wherever you are. A few of the Fstoppers writers spend so much time shooting on their knees that they invested in knee and elbow pads.

Behind the scenes of Gabrielle Colton, taken by Joseph Nance

Writer Jason Vinson huddling up on the floor to get a shot.

Low angles do so much for an image, especially when photographing people. Whether you're a hobbyist or an aspiring pro, shooting from your knees is critical because even those who aren't artists notice angles when they view your images. In the latest article by Trey Amick, shooting from the right angle is one of the few words of wisdom he'd give new photographers. It's true and it's simple: shooting low is one of the basic essential practices of good photography, but it is too often be overlooked for years when you first start out.

Low Angles Create the Look of Power and Importance

The majority of the time we want the people in our images to look important, otherwise we probably wouldn't be taking a photo of them in the first place. When you take a photo of someone from a high angle, it immediately takes away this look of power, importance, and maturity. When we see images shot from a high angle, especially of women, we think they're submissive or below you in some way. This is never good if your subject wants to look important, trustworthy, and like they know what they're doing. 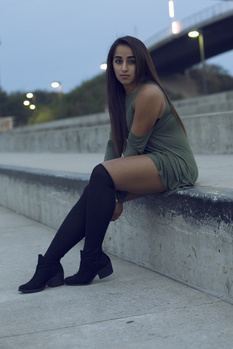 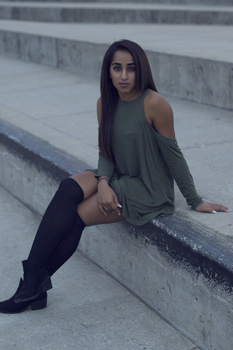 Because of geometry, shooting from a high angle makes people and three-dimensional objects look smaller and shorter as they take up less of the frame this way. We don't ever want to make our subjects look small, we want them to capture them as they are, which doesn't happen when we photograph them from above. Not only do high angles make people look small, they even make mountains, the ocean, and thousand-year-old trees look tiny. 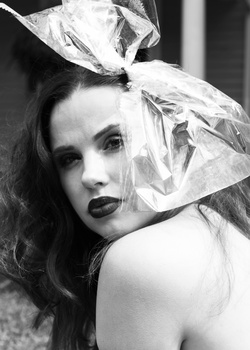 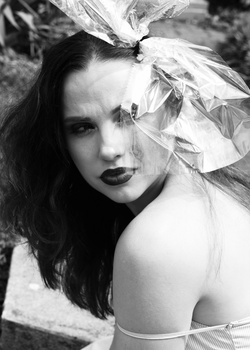 The look that almost everyone naturally has when they look up towards your camera is kind of a submissive or mischievous one. This isn't your fault as a photographer at all, it's just the way we're made. So you know what I'm talking about, try this right now: without moving your head too much, look up towards the ceiling as far as you can. You'll notice that it forces your eyebrows to curve and may make your forehead wrinkle. Now try changing your expression while you're looking up; try smiling, looking surprised, and angry. It's hard and very awkward, right?

Because of the natural way our faces react when we do this, it makes everyone looks the same when they look up towards the camera under their eyebrows. Shooting from a high angle leaves very little room for originality and personality in the subject's expressions. In the psychology of body language, micro-movements of the forehead and eyebrows like this show fear, worry, or that they're lying. This is not usually how people want to appear to others in their images.

Using Low Angles Helps to Remove Distractions From Your Images

If you're shooting outdoors or on location, shooting low is a quick and appealing way to remove distracting scenery from your frames. For example, if you're taking portraits of a woman in a coffee shop, there are probably people behind her and cars outside the window. If you photograph her from her level, you'd get all this in the background. All you have to do to remove these distractions and likely get a really clean background is get on your knees or shoot with your camera at the tables level.

When Is Shooting From a High Angle Actually Useful?

Very rarely. Every once in a while I'll take a portrait, boudoir, or kids photo from a slightly higher angle, but it's very rare that I end up choosing these as favorites. Personally, I don't even like photographing children from high angles. Just like adults, it takes away their engagement, unique expressions, and personalities as they look up to the lens.

I see a lot of high angles in boudoir because for some reason that submissive under the eyebrow look is sexy. I do shoot higher in boudoir sometimes only if it can make women appear thinner. If you shoot from above in boudoir, just make sure her body is pretty spread out from head to toe so you don't lose her bottom half. Too high of an angle in boudoir can take your images from sexy to trashy very quickly though, so play it safe and try all the different angles.

Take a look at these behind-the-scenes images of some of us on our knees, backs, stomachs, and even in the fetal position. I hope they make you feel comfortable doing this on your own or at least make you smile.

Writer Jason Vinson in the fetal position to get the perfect shot.

Writer Andy Day wading in water to get a lower shot.

Behind the scenes of Jason Vinson hanging over water with his camera to get a low angle.

Behind the scenes of Gabrielle Colton shooting laying down.

Yes, it's painful, it may leave you with cuts and bruises, it looks ridiculous, and it often ruins your clothes. In spite of all the pain and laughter you'll endure, once you realize how much of a difference shooting from your knees makes, like the Fstoppers staff, you'll never get off of them.

hahah.. love it!!! My landscapes drastically improved as soon as I realized this. Getting low and close to a foreground subject can show its detail and to the overall image.

Absolutely!! It's so important!

That's awesome!! And the beach is the best place to learn

How about using the tilt screen on a mirrorless camera and not getting on your knees or into some ridiculous position?

...because everyone has a mirrorless with a tilt screen...

You're right. This article just makes it sound like everyone has a DSLR.

Nope, just seems like everyone reading this article has a camera

Even if you're using a phone these still apply!

yeah I told my gf but she wouldn't listen.

j/k, changing perspective is one of the easiest things to do (and to overlook) to get a potentially more interesting shot.

Hahahahaha at least your camera listens ;)
It sure is!

Quite the title!! Good article though. Always gotta get low, I even try to do this with my drone sometimes when I shoot real estate, instead of being above the house, I get low enough to be level with the homes to shoot them. Usually just looks better in general.

haha I had to :)
Oh yes that's awesome and gives people a more real-life experience of a house I'm sure!!

"I can't help but shake my head when I see people shooting while standing straight up because I know their images would be a million times better if they'd just take a knee..."

They're Republican photographers, they won't do that...

Actually, you're right. Dems, on the other hand, are always on their knees in front of a toilet, either puking up their alcohol, laced guts or trying to flush their drugs before the police knock down the door. ;-)
You told a joke. I told a joke. Friends?

Lol it's all a joke it's okay

Yep, our parties are definitely better...

I had a guy on a workshop who didn't want to get his trousers sandy so refused to get on his knees on a beach... I always tell people to try different perspectives, you can get so much more from the shoot!

I shoot industrial photos and am often on my knees or lying down on my belly or back, hanging over the side of a huge basin full of noxious materials or waste. The workers will walk by and shake their heads. :-)

There is a reason when film cameras used to have waist level viewfinders for portrait photography :) so getting down is a must for different looking portraiture and specially for distortion purposes and compression of the lenses used... on the other side using a wide angle in low position specially on females to showcase their power can turn against you since what gets closer to your lens when you are low are the legs and they get suddenly bigger then in reality which not so many women finds attractive... :)

Have them lean forward as much as possible while still looking natural. A slight lean can make a big difference.

You are absolutely right Jonathan

The title of this article is reprehensible. Seriously, fstoppers you should know better. Offensive, juvenile, stupid. #bebetter #metoo

I don't think he's kidding, but the titles only offensive if you're minds in the gutter lol. It applies to a lot of things.

Swallow is first in the title. So, for the gutter-minded, the sequence of events is reversed and it doesn't make sense. Stop being so sensitive.