The Biggest Advantages of Being a Professional Photographer

Being a professional photographer these days is not easy. Everyone with a camera is out to make money, and the industry is saturated. However, despite this, there are some serious — and sometimes serendipitous — perks to the job.

As a teenager, I dreamed about having a coveted VIP All Access Pass. I presume that movies like Wayne's World had a major (and possibly warped) influence on that view, but at the time, it seemed like the most amazing thing to be backstage at a concert or movie set. Now, I still haven't had the opportunity to shoot backstage at anything, mostly because that's not what I shoot and I haven't asked anyone, but my point is I could if I really wanted to. Oh, I did get asked to quote for a small film festival, but they didn't even get back to me. After I inquired, it turned out that they decided to "hire" a couple of students. Nice. I might just set myself a goal where, by the end of the year, I must photograph at least one concert/festival. Hmm.

Making Money Out of Being Moody

It can't be denied that most of us enter the profession because we enjoy it — at least, that's one of the reasons why I decided to turn pro. I would be one of the first to admit, though, that it's not all roses and gravy. Lord knows, I let people know it too. But it can't be denied that doing what you love and getting paid for it is an absolute privilege. This is something I need to tell myself often, because it's easy to get caught up in negative thoughts around the industry. There certainly is a lot to be annoyed about, however, I find that the best remedy for those unwanted emotions is to get up off my ass and go shoot something — to channel those feelings into something creative. Who knows, someone might just want to buy it. That is, after all, the origin of a lot of art, isn't it? 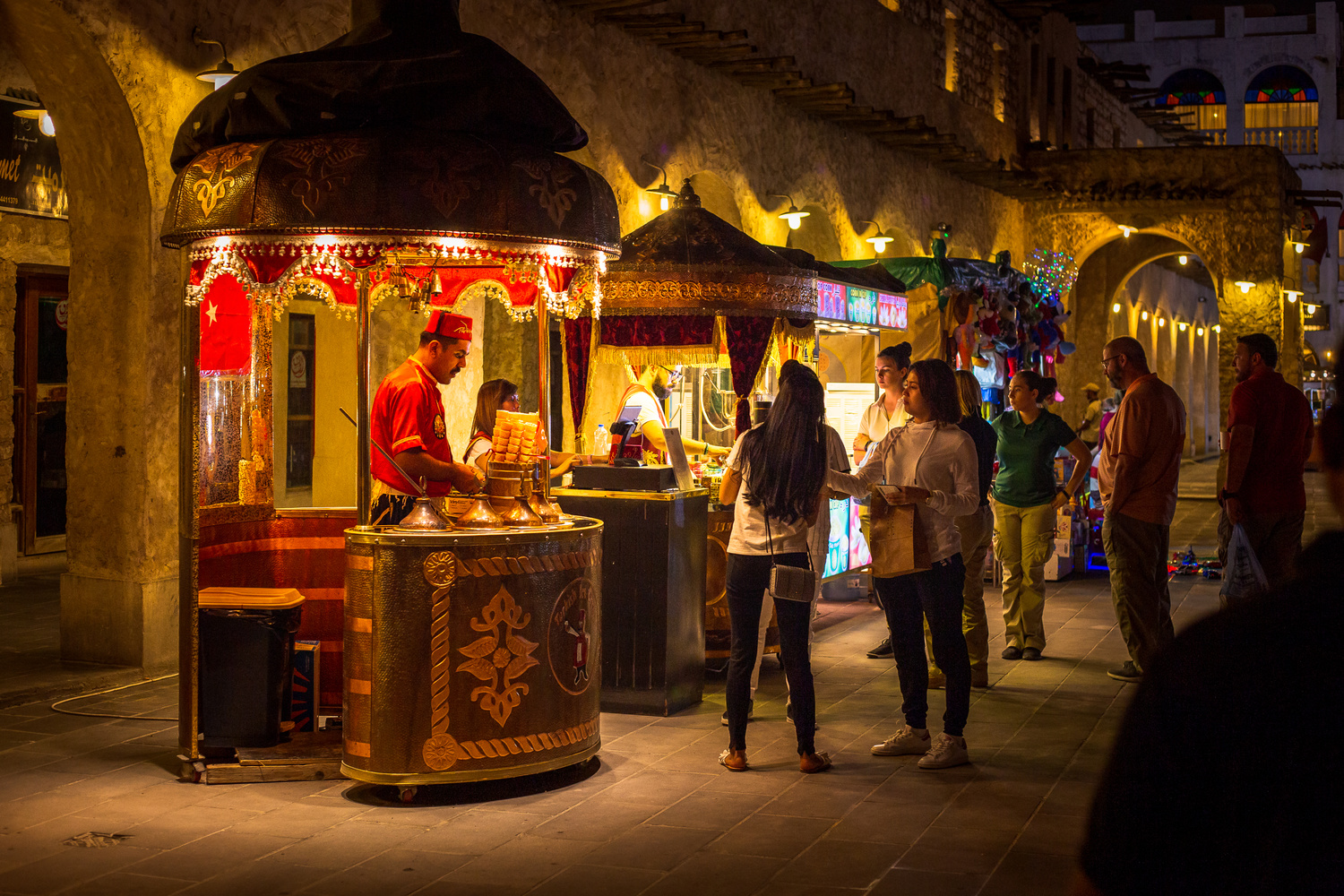 Crowds: A former nemesis of mine.

This point could well be lumped in with backstage pass, but this is of particular significance to me. I've had life-changing opportunities just land on my lap, partly due to pure luck, but they would not have happened if it were not for the fact that I was a full-time professional photographer. Last year, I received a phone call from an acquaintance in South Africa who needed help bringing more money into a conservation program. Lucky that I knew the guy, but it was my position and perceived talent that drew him to me. Since then, I've been to Africa three times (a dream of mine for many years), helped out on projects which protect critically endangered animals, had images published in Playboy Magazine, I'm in the process of setting up photography workshops out there, but most importantly to me, I've made some new friends, which brings me to my last perk.

I'm not talking about networking; I mean real human connections. I know this sounds cheesy, but hear me out. After many years of battling social anxiety and depression — which, among other things, led to some very destructive behavior, including prolonged isolation — professional photography gave me a bit of hope. And I mean specifically professional practice as opposed to amateur photography. Why? It forced me to interact with people in ways that I hadn't in years. I needed to do it in order to put food on the table, so I gave myself no choice. Of course, it wasn't as clear cut as that. If I were to approach someone for work, I need to be confident in my abilities — confidence being something that I was severely lacking over the last 17 years. So, I had no choice but to push myself to get better; getting better gave me more confidence and gaining this new confidence allowed me to approach people without hyperventilating. Turns out that a non-hyperventilating Mike can be quite a charming fellow (like most non-hyperventilating people). I've met some truly inspiring people because I haven't freaked out at the mere suggestion of talking to a stranger, some of whom I now call friends. I've even been on a few dates, and yes, I do attribute that to becoming a professional photographer. Because if I didn't have this creative outlet which also earns me money, I genuinely don't know if I would be here now, and I definitely wouldn't have the confidence to tell this story to thousands of strangers. 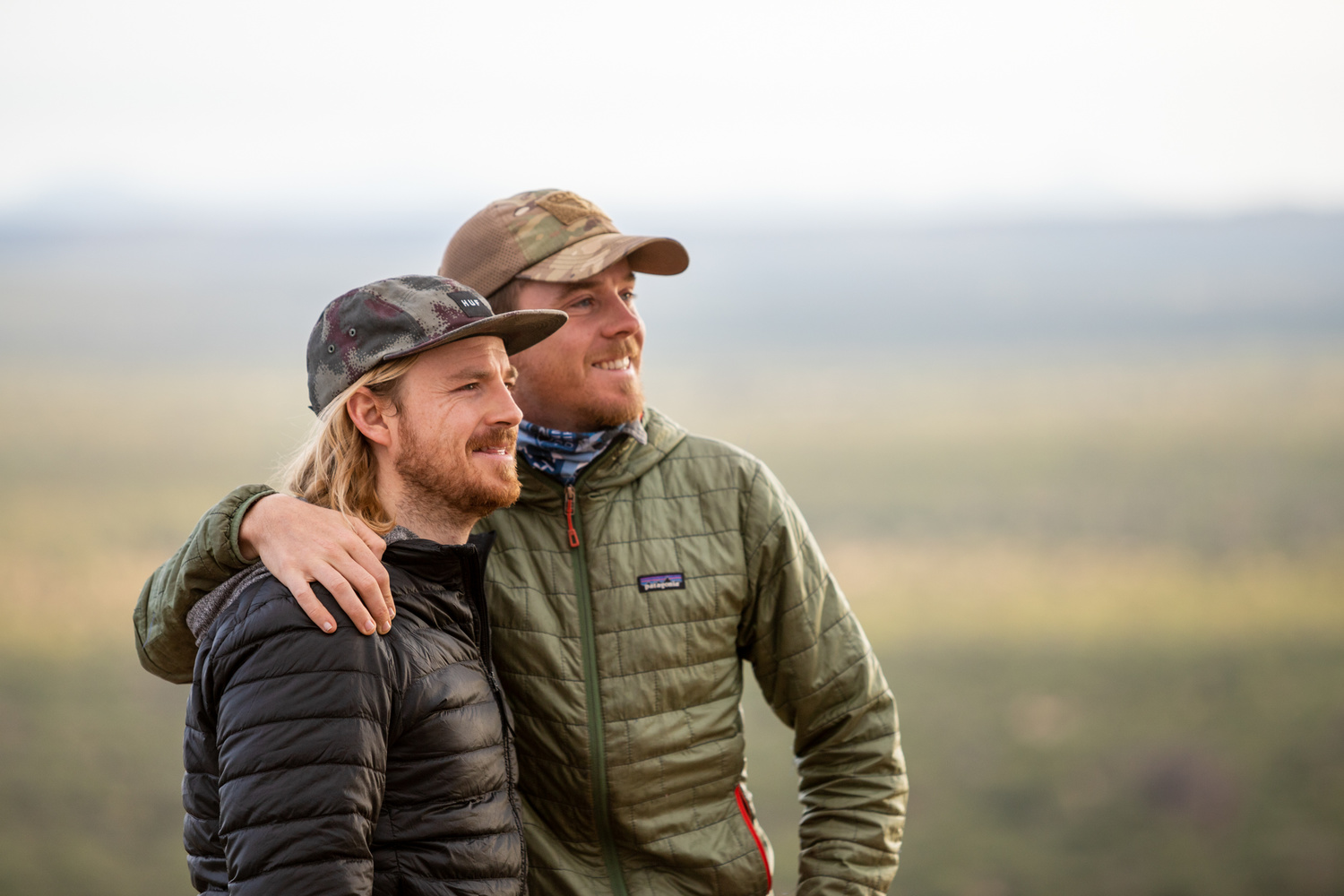 I'm not looking for kudos — because I'm basically doing the bare minimum as a responsible adult — I'm just doing what I'm paid to do using the point I outlined in advantage number two: I'm channeling my negative life experiences into something creative, and, who knows, maybe I'll make a connection with someone in the process.

Can any of our readers add to this list? Can you relate to any points on the list? Please let us know in the comments below.

Business / October 4, 2017
A Letter to Me: Nine Lessons for a Young Photographer

Being able to tell my wife that "it's a business expense."

When I first started doing photography years ago it was a new adventure. It was pure joy! Fast forward to 2015 when I had a stroke, I thought my love for photography was gone. I learned and was encouraged to adapt to my situation. I soon discovered it became a very therapeutic avenue as well as my way of getting out in the community. It hasn't lead to any dates yet but I have made some really great friends and our friendships are more than a camera. Thankful and privileged to still continue photography and get paid every now and then.

Sorry to hear about your setback, Bryan. Delighted to hear that you're engaging with your community through photography, and extra happy that you're here and sharing your experience with us. I hope to see more comments from you!

Thank you Mike. Well written article and keep it up!

I can totally relate. I have been a pro photographer since 1997. February 2018 I had a massive heart attack at the age of 44. I actually died for almost 3 minutes on the table. I have a problem making loads of cholesterol, it runs on both sides of my family. Long story short I just didn't care anymore about a lot of things including photography. I switched gears and now have the passion back. It's been rewarding and therapeutic. I'm glad you are doing better.

Thank you so much for reaching out and sharing your story. Glad you are doing better and found photography. It can be very life giving!

For me, it's the ability to really justify some gear expense, and being able to go places ordinary people can't. The downside is that every friend and family member wants you to shoot for them for free.

People expect that all the time.

"Know" computers? You're now free IT support.
Fix cars? You're now everyone's mechanic.
Plumber? Electrician? Carpenter? Someone you knew from high school now wants you to help fix up the house they just bought so they can flip it.

This is why I insist on telling everyone I know that I am good at nothing. :D

"I've done that but now it is a lot like work to me, and really not something I consider fun to do. It's not a hobby and I avoid doing it even for myself."

That could avoid some awkwardness, depending on the person you're turning down.

Frankly, the kind of people who expect you to work for free aren't the kinds of people who accept even the most gracious and polite of declines to do so.

One surefire way to ruin a beloved hobby is to turn it into a profession.

LOVE the last one! I'm a naturally super anxious person and have a little bit of social anxiety meeting people for the first time. It actually kept me from so many opportunities. Lately I've put myself out there and I'm a little less awkward/weird/anxious around new clients and have even made some friends! Thank you photography, right? I love this passion/hobby/business. Thank you for a nicely written and relate-able article!

Hey Lina. Thank you for your kind words. It's always heartening to hear about others overcomming difficulties like this and fulfilling their potential. Keep breaking through those barriers!

I thought one would be all of the pootang you get from flicking hot babes and or guys all day....