When you’re first starting out as a professional photographer, nothing seems quite as sexy as getting your first traveling gig. Initially, it's a status symbol — an illustrious validation of your success. Eventually though, that quick hop to New York or jaunt to Cozumel becomes less revered. In fact, for many photographers these trips can be downright nerve-wracking. The reason for this is simple: Gear. Don’t be mistaken, there is still the appeal of being the confident traveling photographer reading some Tom Robbins in the terminal with your feet resting on your roller bag while waiting for that flight to arrive. What steals that away is a professional — almost parental — paranoia for the cameras and lenses that must be carted around like baby chicks.

The really troubling part is that you should be scared. And above all, never — like ever, ever — let them check your gear!

In the last week alone, the Internet has been inundated with new things that should make the working photographer a little weary. As it turns out, getting your glass smashed to bits and/or stolen at the airport should actually worry you. Thanks for confirming our nightmares with the lovely video above.

Here we get a firsthand look at the impressive technology of bag sorting. Sure the machine seems to be able to detect the bag and sort luggage with impressive speed, but dang if that doesn’t seem like Megatron stomping your camera bag with his giant robot leg... It is unlikely that anyone should even put a nearly bulletproof Pelican Case through such a process, if it can be avoided. This should serve as motivation to make sure that your gear is safe in a carry-on-sized bag.

Couple this bag sorting (or swatting) machine with a new CNN report showing TSA agents snagging personal items from Miami International Airport, and suddenly legroom becomes less of a worry for those traveling with expensive gear. According to CNN, employees were discovered stealing when they were caught by a hidden camera as part of an ongoing investigation into baggage theft by the Miami-Dade Police Department. See the full report at CNN.com.

So what can you really do about it? Those who want to travel light should really have a functional plan to do so. One idea might be to avoid any chance of your gear being out of hand at all. This means going so far as to avoid gate checks or breezeway checks that can occur when a full flight has no more overhead storage room for your precious carry-on.

Paying for early boarding is one way to get around such checks, but you could take it a step further by committing to having your essential gear in a personal bag that you’ll stow under the seat. It might seem hard, but it’s doable. A Think Tank Retrospective 30 will pass as a personal bag, and it (or a similarly sized bag) will hold just enough to get you through a wedding or a travel assignment. Two full-frame camera bodies, three smaller prime lenses, grids, gels, two flashes, and some batteries can all rest at your feet during the flight if you go this route.

Putting something small like a Manfrotto Nano stand in your luggage with your clothes should then be a lot less worrisome if you know that your shooting gear won’t be unattended or getting flung around by ‘Go-Go Gadget Power Punch’ up there!

Of course, renting stands, lights, or even cameras at your destination is a good idea if traveling light can’t be an option.

What are your experiences with traveling with photography or cinematography gear? Let us know the good and the bad of it in the comments. 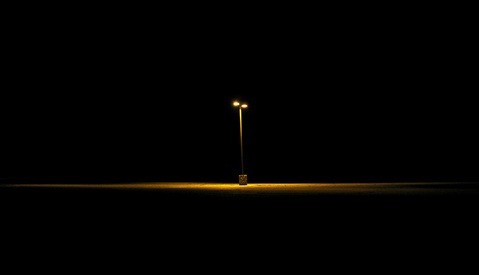 Location / August 10, 2016
When You and Your Gear Aren't Safe: Photography and Crime

Great article! I have been fortunate enough to be able to always keep my gear with me, and haven't had to risk checking in my equipment. That video is horrifying, and the report out of Miami (which happens to be an airport I use), certainly filled me with a sense of trepidation during my travels.

My father had purchased some rum at the duty free store at the airport, and was forced to check it in. When he went to the baggage claim at the Miami Airport, the bottles were smashed to bits and leaked the entire way down the track.

Travel tips like these are invaluable for avoiding the kind of horror he felt over something inexpensive, compared to the huge investment that goes into our professional gear.

Kendra, is that story getting talked about a lot in Miami?

I can't say I've seen a lot about it, but it has come across my social media feed a few times, so there are people talking about it. 30+ arrests over theft at an international airport is rather serious.

Traveled to Germany and back last year with gear and extremely breakable stuff... especially on the way back. Had some Kinder Eggs and bottles of wine not even packed in a suit case. It was more like a large duffel bag. Of course boxed and bubble wrapped wine but the Kinder Eggs were only in a regular box. No wrapping. Not one single dent, scratch, crack, etc... So this story, along with most other media lately, is whistle blowing. It's taking very isolated incidents and blowing them out of proportion.

I'm certainly not claiming that every airport is like this, nor that every traveller would experience what my family has at MIA, but bad experiences are always the incidents that get the most attention, especially in the media. It's great that your experience was a positive one, and hopefully that's a growing trend for future travel.

In 2006 I was booked to photograph a friend's son's wedding in Perth Western Australia. This is a 4 day road trip from Adelaide South Australia including overnight stays. We chose to travel with our friends in a people mover Kia Carnival for this very reason.We flew back due to time constraints but our friends who had more time on their hands, drove back with my gear on board.We don't fly at all these days but if we were it is always a situation where I would travel light ,photographically, and keep my camera bag under my feet or up above on the racks.

I'm flying into Mexico in a few months and I'm nervous about how I'm going to combine carry-on plus checked luggage to get my cams/lenses/strobes with me. I don't expect them to be any more careful than they are here in the US.

That's a fair concern. The last time I had a shoot in Mexico I packed as described in the article. Three lenses, two bodies and some extras in a personal item bag. Light stand in my luggage.

Thinking I'll have to leave the einteins at home and just use small flashes. Thanks for relaying your experience, it's assuring!

From the stealing point, you can lock your luggage with non TSA approved locks in Mexico, I have been going in and out of Mexico recently and had no problems. Both times I had alcohol and it survived. I'm guessing they don't use a machine like the one in the video. I did travel with my most expensive gear with me, leaving chargers and cables inside the checked pieces.

That's helpful, thanks for the tips.

I work at a Dutch company that design baggage handling systems. The pictured so-called pusher is an old generation that is found mainly in USA (they have more conservative systems). As far as I know no pushers like this exist in Europe anymore and are merely a thing of the past. The current process is far more gentle. That said, gear should not be checked. Its too fragile and expensive to do so.

Robbert, are there any videos (like the one above) that show the more modern system in action?

Devil's advocate here: I work a couple of hours a week as a bagage handler at a small airport not too far from where Robbert works, to support my photography.
Honestly, the general image people have of bagage handlers is quite far from the truth. So some guys in Miami stole from some bags, how does that mean every single handler will steal? I've never witnessed it at my airport. I second Robbert on the tech, Europe has mostly state-of-the-art sorting systems, I've never seen anything worse than a broken handle really, no matter how inconvenient that may be. Also you wouldn't believe what some passengers come up with. Packing an Ikea plastic bag with 30kgs of whatever and expecting it will hold when we pick it up? You've got to be kidding me.

Anyway on to the good stuff:
- Make sure no straps are hanging loose when you check in your bags
- Don't put FRAGILE-HANDLE WITH CARE stickers on your bags. Seriously, it's not gonna make any difference. No we don't throw these any harder. It just looks silly, as if we'll handle the other bags rougher than yours. In addition if you're so worried about thiefs then these warnings are kind of an easy tell that something of value may be inside.
- Really I'd say the main danger is for checked in bags to be shaken up during landing/take-off/turbulence. So use carry-ons or make sure you have kick-ass padding in your checked in bag.
- If you want to avoid your carry-ons being checked at the gate, just ask the gate personnel nicely, well in advance, explaining discretely your situation. Additionally, some airlines put sticky patches on the carry-ons that are to be checked. You may want to consider tearing these off between the gate and the airplane :)

No doubt the CNN story doesn't represent most baggage handler, Bramm. The story does illustrate a concern, however. When I shoot a wedding, I try to always use the lock on my Think Tank bag while I'm patrolling the church or reception venue. I don't do this because I think most catering staff or attendants are criminals, but to reduce the chances that I'm ill prepared for for the rare time my bag does cross paths with a thief. So I think avoiding check bags sort of falls into this category?

Check out this YouTube movie. I linked at the sorter action. This one is normal, we have more gentle systems as well. https://youtu.be/2fkiPygCniQ?list=PLDAC341469E49E631&t=335

Next time check at the check-in desk for Vanderlande. Most European airports have it. Most American airport should change...

I'd never check my glass or cameras. But I've had battery chargers for both camera and MacBook stolen in D.F. from my checked bag. They left me the connecting cord, tho... those chargers, even the lowly Nikon D80 charger, cost a f**** fortune, so it's really annoying to have that happen.

I always carry on. Just watching them throw the back into the underbelly of the plane gives me anxiety think of my shampoo and body wash exploding in my bag, let alone camera gear being destroyed.