Peter Hurley on TEDx: How the Camera Reveals Your Personal Baggage

When I first met Anna Rowley while filming Peter Hurley's Illuminating the Face tutorial, it was obviously clear that she had discovered the psychological power behind Peter's headshot directing skills.  That day she shared with me her belief that there might be a direct correlation between how a person reacts in front of an intimating camera and how they perform in their workplace.  Everything she told me was extremely interesting, so I was pleasantly surprised when Peter texted me this TEDx talk yesterday.  I'm curious to hear what you guys think.

Anna Rowley's background is in consulting therapy where she helps large companies discover and unleash the leadership skills within their own employees.  Her list of accolades is too long to list here but after talking with her for just a few minutes you can tell she is an extremely brilliant mind.  After working with Peter during a headshot session for Godaddy, Anna realized there was much more going on with Peter's quirky shtick than just getting a good headshot reaction.  What he was doing touched so much deeper into the human psyche, and if his "coaching" could be harnessed correctly, perhaps it could have a much more substantial impact on an individual than just a single 20 minute headshot session.

I'm going to leave all the details to the TEDx video above because Peter and Anna explain their "Psyphotology" better than I ever could.  I will say from my own personal experience is that Peter can connect with people in a much deeper way than most of us can.  I first noticed this while watching Peter work with his headshot clients as we filmed our Fstoppers Original: Peter Hurley Shows How to Photograph Headshots.  Neither Lee or I could pinpoint exactly what made Peter's work so special (I'll admit, even after that video I still thought it was the white background and square doorframe lighting), but we knew what Peter was doing was leagues beyond what most headshot photographers were capturing from an emotional level.

It wasn't until years later when we all sat down and started filming Peter's first educational tutorial The Art Behind the Headshot that it really hit me why Peter's images are so unique.  It wasn't the white background.  It wasn't the square Kinoflo lighting.  It wasn't the makeup or styling.  What made the subjects in Peter Hurley's headshots look so damn good was the confidence he instilled in his subjects.  He made his clients FEEL like the best version of themselves.  In other words, Peter made everyone who stepped in front of his camera BELIEVE they were cool, confident, sexy, and self worthy.  Of course Peter also has a bunch of tricks up his sleeve like the Squinch and Turtle-necking your jawline, but the real power is in this psychological coaching Peter is so well known for now. 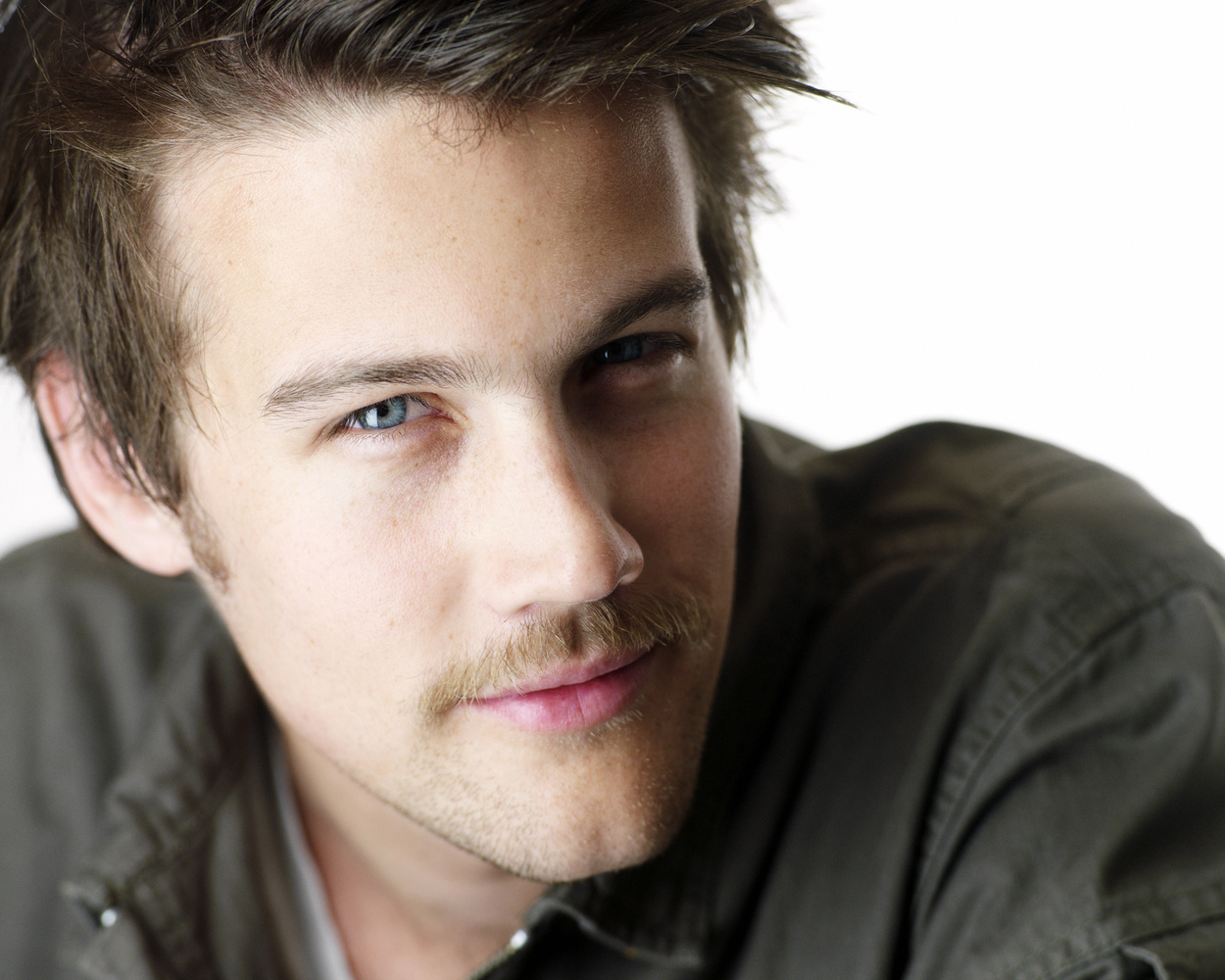 I'm super excited to see Peter and Anna teaming up for something that I truly believe will be ground breaking in both the photography and psychology fields. Some of what they talk about in the short TED talk seems obvious to us who make a living taking photos of people, but by exploring these ideas on a larger scale, we might be able to create a life changing moment for the average person who thinks they always look awkward in group photos or hates the way they look and feel in general.

If this stuff interests you (and it should), Peter Hurley is teaching all of his psychological coaching this coming May at The Headshot Intensive during our 2015 Fstoppers Workshops in the Bahamas.  If you want to learn how to unleash his techniques so your subjects look more confident in your own photos, I would highly recommend attending one of Peter's workshops.  I can honestly say that Peter's coaching methods have changed the way I photograph people more than any other single bit of knowledge I have picked up over the years.  I have to thank Peter for sharing this knowledge to us so openly and I can't wait to see where this new venture leads him.

Deals / November 22, 2018
Learn the Nuances of Headshots and Lighting from Peter Hurley this Black Friday

Business / June 13, 2018
How to Market Your Photography Business With Peter Hurley

I'll have to see the TedTalks at home, however, this topic completely transcends photography. What Peter does(as well a many other successful face-to-face people) is something that's tough to replicate, hard to understand and/or articulate, but you know it instantly when you see it.

There's a talent there that can be harnessed to do many things.

I'm not naturally like that....I'd really have to take on an acting schtick or something to pull it off but I'm willing to try if it means being able to work with others better.

I tend to believe that anyone can learn anything if they work at it and study it. The idea of raw talent is still something I struggle believing because I believe most people we say have raw talent simply took something that appears difficult, worked on it, and portrayed it as a natural response or gift.

I have no doubt that if you read a few books on connecting with people (Dale Carnegie comes to mind) and purposefully forced yourself to practice those teachings, you too could become an alpha male, encouraging, lovable, funny, likable person just like those who seem to play those roles naturally.

Most people from my childhood and even college know me as a pretty reserved and quiet person. They are really really shocked to see the person I am now . In the last 6 years or so I've become much more confident and out going to the point where very few forms of human interaction scare me or make me nervous (still working on large public speaking). So I know from personal experience how powerful this sort of psychology can be even outside the photography world.

Wisely asserted, Patrick. And who cannot find Carnegie's classic a must read?

And I can assure you that I am as far a personality from the Hurley style as possible, yet his insights simply made sense and compelled me in my own unique way to better connect.

Here are a couple shoots from way back... in fact, from just a few days before I decided to purchase the Hurley/FStoppers headshot DVD. I watched every preview I could find and cobbled together as many insights as possible and then dared to shoot.

Ended up shooting over 60 mini sessions at a local Art Fest in a single Saturday and since then everything has only continued to improved. Here's a peek.

For anyone hesitating over whether to purchase... yep, it's worth it.

You can feel his emotion and passion for the subject in the last 10 seconds.

Seriously, it was really powerful.

well, easy to see the emotion. Easy to feel the passion. I learned something obvious today. Hurley masters his art and technique, but it's definitely not just art and technique. Something more - the magical third ingredient. My guess is that you can get a glimpse of his art and technique through his classes/videos, but the third magical ingredient? That a subproduct YOU you have to extract. This guy hits home like a rock.

Thank you Peter, for the thoughts, the speech, may it be for us behind the camera, and for us when facing the camera. And another thank you for being so true in the strong emotions shared during the last 10 - 20 seconds of the talk. still have the shakes... a true food or thought.

I am deaf and was wondering if anyone could transcribe the TEDx talk? I'd really love to hear what both Peter and Anna have to say!

When i first saw Peters DvD's course, i knew that this is the real portrait shoot should always be, i wasn't surprised to see him here today with anna. Beautiful article and video Patrick. Thanks for sharing it

I'm not sure about the content in the middle section of this presentation, it all seemed a bit like psychobabble to me.

However Peter Hurley is superb, a perfect example of the technical side of photography being put to one side and focusing on what's important about his portraits: the way he connects with people. He really is such a good communicator and an inspiration.

There isn't enough space or time to add or say all of the things so applicable to this short, but very deep piece.

Hurley is nothing short of amazing. Patrick and Lee first opened the door to this enigma with their piece on The Art of the Head Shot DVD, and it's been gang busters ever since. This new idea that using one's own personality to really enhance the shot was eye opening and remarkable.

This addition to his and her's work was a trajectory changer that will probably have long lasting ramifications down the road, and, benefit all that do this type of imagery.

HUGE thanks out to Patrick and Lee for the original concept and implementation, and, seeing it through to whatever end it takes.. And Hurley for just being HURLEY. #SHEBANG.