by Patrick Hall
Sometimes you come across a video that just makes you feel good, and this is one of those videos. Brooklyn resident Todd Beiber was out cross country skiing in Prospect Park during the huge blizzard which brought in 2011. During his ski adventure he happened to spot a canister of undeveloped 35mm film. Being the photo enthusiast that he is, Todd developed the film on his own and vowed to track down the owners of the lost roll of film. What he found was very similar to the Vivian Maier's story: a bunch of great images that might have otherwise gone unnoticed. So after watching this video, I feel like it is only appropriate for Fstoppers to help Todd find the owners of this roll of film. Will you help him as well? Hopefully we will get a wonderful follow up video of Todd hanging out somewhere in Europe :) /center>

by Lee Morris
Harry Taylor donated his time and talent to HeartsApart.org, an organization created to keep families connected while our military is serving abroad. In the video below Harry shoots 3 portraits which involve creating a positive image on a sheet of glass. This type of photography was created in the 1850s and if you are as interested in it as I was, you can learn more here.

by Patrick Hall
Ella Manor is a fashion photographer based out of New York City who approaches her photography in a rather unorthodox manner. Much of her work combines beautiful models and extravagant clothing with dreamy camera effects and often times double exposures. Her hybrid style lends itself to the unpredictable nature of Lensbaby lenses so much so that she has been labeled a "Photo Guru" by the lens company themselves. This video showcases her latest photo essay Power House and explains how she approaches her photography from both a technical aspect and also a visionary aspect. I can't say I've ever seen anything quite like this before but judging from the images on her website I think I like what I see.

by Patrick Hall
Alex Soth is an American photographer based out of Minnesota. He recently setup a big exhibition at the Minneapolis Walker Art Center which showcased his work done on a large 8x10 camera. Most of his work is done by photographing strangers in unique environments. This short profile video explains his outlook on photography and makes one think "how in the world do you walk around with such a large camera"? /center> 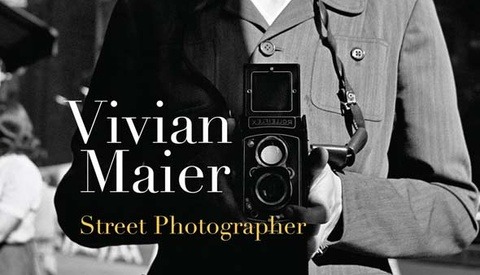 by Lee Morris
Vivian Maier's street photography was recently "discovered" just a few days after she died at the age of 83. The Chicago nanny took over 100,000 photographs and many say she may rank among the top street photographers of the 20th century.

by Lee Morris
Have you ever seen "How To" photography videos from the 80's and 90's? Most of these videos are so cheesy that it's hard to take anything of value away from them. In the video below Dean Collins teaches a workshop on the properties of light and instead of focusing on current trends, he sticks to the fundamentals. This video was shot in 91 but it is still completely relevant today. /center>

by Patrick Hall
In an age where digital has all but put film in the grave, commercial and wedding photographer Harrison Hurwitz has continued to build his business around the organic medium. As a young photographer knowing only digital imaging, I always find it interesting and enlightening to hear from the older pros who may have started with film or actually prefer still shooting film. The argument Harrison makes about film already being color corrected resonates well with me since I'm a jpeg shooter and prefer the color/tones my camera burns into the files vs digitally manipulating it. I can only imagine how much more expensive it is to shoot film and pay for the processing/scanning compared to the digital alternative; that aspect I do not miss. Are any of our readers also film shooters who have a perspective on this and if so we'd love to hear from you below.

by Lee Morris
For all you DIY hipster photographers out there who always wanted to shoot pictures with a Pumpkin...

How To Turn A Pumpkin Into A Camera from NPR on Vimeo.