Creative genius rarely erupts onto the scene full force and in your face. Its entrance into the world is often quiet, gentle, allowing only a few to see it and recognize its brilliance. Such is the case with Portland, Oregon-based Kate Woodman, whose use of color in her work produces an instant halt to the ever scrolling feed of images - causing even the average user to stop and appreciate the story unfolding before them.

Kate's photographic journey didn't begin with the creation of the intricate stills she produces today. In 2011, Kate was in New Zealand working as a structural preservation engineer, investigating damage to buildings from a recent earthquake. Bringing a camera along for this business trip seemed like a no-brainer, but soon Woodman found herself turning the camera more toward New Zealand's movie worthy landscapes than the damaged buildings. Post processing in the early days consisted of "cranking the saturation and contrast." 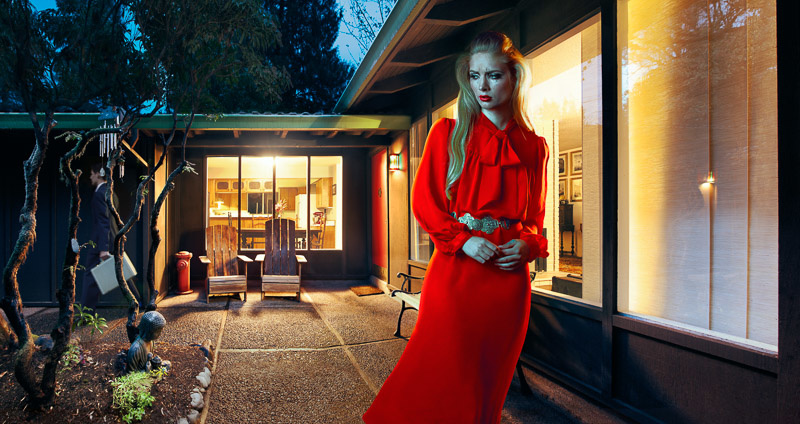 Returning to the United States, Kate looked around Philadelphia (where she was living at the time) and realized that the landscape photos she had fallen in love with were not in abundance. So in 2012 and 2013 after observing beauty advertisements, "I just wanted to know how to make those." Woodman began scouring online resources like Fstoppers, Strobist.com, and others, in an attempt to find out how people were creating images. "Most of the local people I could learn lighting from were shooting fashion, so that seemed the logical leap." Kate would continue this path for two more years.

Upon returning to New Zealand for work, Woodman began testing with local agencies. Not having a lot of studios or resources available to her, she went back to her landscape roots, only this time bringing models along with her. "I really don't like to inconvenience people, so bringing a model on an early morning hike, so I could capture an image in some remote area didn't seem like the best idea. I love to be outside, so I found I could go to a cool location, at a cool time, and do my own thing, and then bring the talent into the studio later on." This prevailing belief quickly drove Woodman toward compositing images; allowing her the freedom to be where she wanted to be, when she wanted to be there, but still introduce beautiful people into the scene. 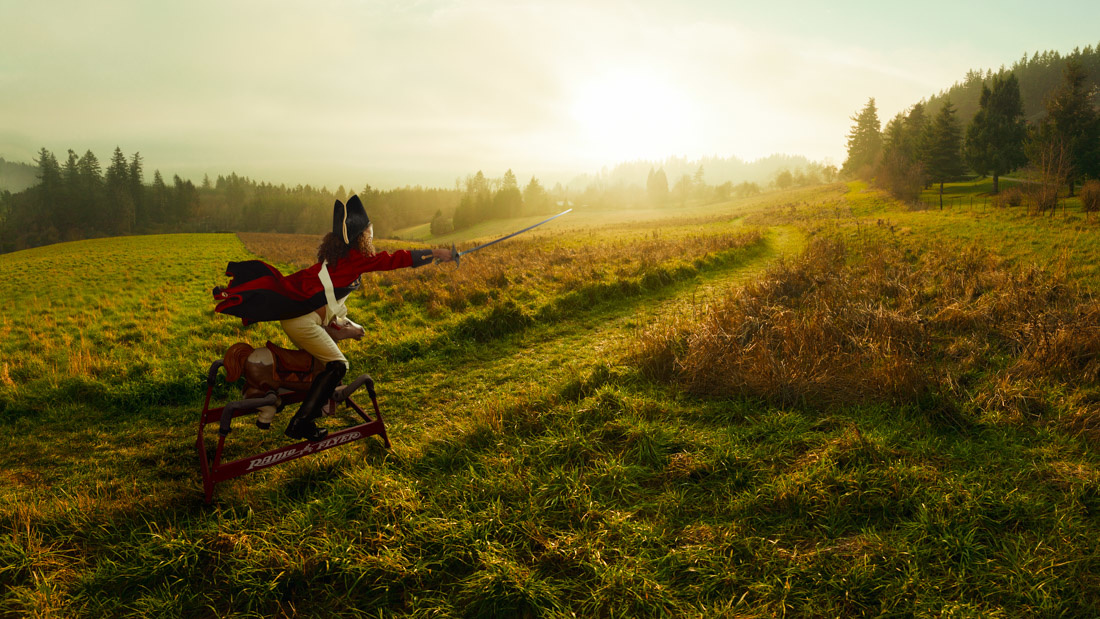 Not long ago, Kate realized that photography was interfering with her work life, "You can't be at work, thinking about your next project or mentally planning things while in a meeting." So she walked away from her day job to become a photographer full time, focusing squarely on the commercial market.

Looking at her body of work, one might start believing that ideas are always flowing from Kate, but her strategies to find creativity are solid, "I always want to create, but I am not always sure what to create. I can't go a week without shooting before I need to shoot. I carry around a notebook and have sticky notes on the back of my phone, whenever I have random ideas, I write them down. When I run out of ideas to shoot, I refer to these lists to see if there is something there. I also ask my team for their input. They are always doing what I want, so I like to check in with them and see what they would like to create. You never know when creativity will hit, so you might as well do something until it does. It is like depression. Even when you don't feel like doing anything, get up and do something until it becomes natural. If you aren't feeling something, just push through it, do it." 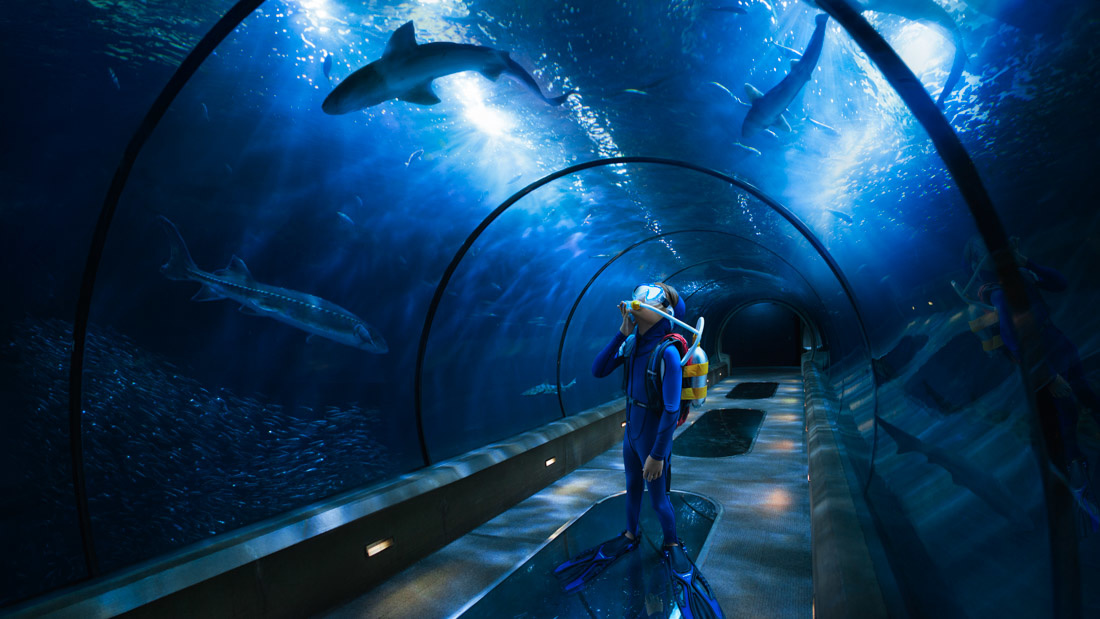 Woodman has been involved with several workshops with the likes of Felix Kunze and Mike Schacht. "I know intuitively that I have information to give people. If I can help teach everyone in the room one new thing, then we are successful. It is as much and experience for me as for those participating; it helps me formulate the why instead of just the how. The most rewarding thing for me is to continue to see the evolution of students; watching them grow and develop."

Shooting with the Canon 5d Mk II, with a Sigma 24-70 that never leaves the body, Kate Woodman clearly doesn't believe in chasing after the newest toys on the market. She is methodical in her process and is producing fantastic imagery without the need to have all the latest and greatest tools. Her latest venture is in education development. Kate is looking to focus on teaching color grading and theory through her website, in an educational platform coming together right now. Having spent some time with the best photographers in the industry, it is sure to be something incredible once released! 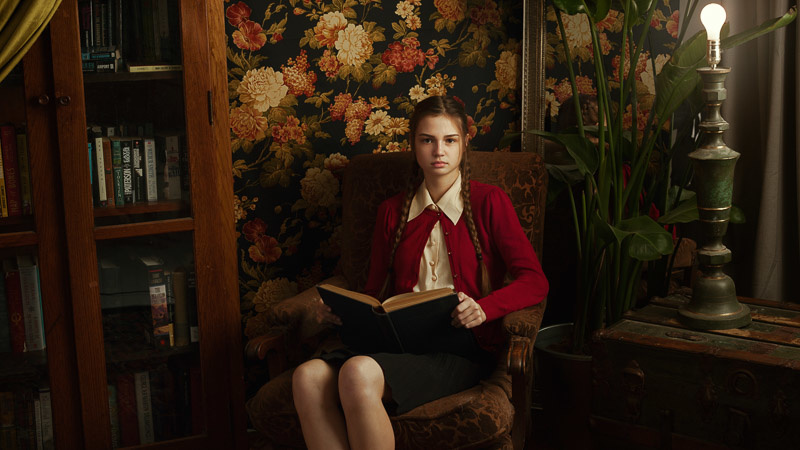 "I will continue to teach as long as there is a demand for it, but the primary goal is always the same; in an ideal world I get to create pretty pictures that people want to buy." Given the track that Kate Woodman is currently on, there is no doubt that plenty of people will want to do just that.

Amazing work, She killing with the concept, the composition and the tones!