Dutch historian, Jo Hedwig Teeuwisse, blends the past and present using photos from World War II and pictures from the same places today. Jo will literally spend hours trying to locate scenes of photos from the war and then photograph the modern day scene at the same angles so that she can blend the two pictures in Photoshop thereby creating her "Ghosts of History" photo series.

About two months ago we featured a similar project on Fstoppers where Sean Clover blended images of San Francisco after the quake and today. In fact the technique of blending old and new photos has become quite popular in recent years even being used in advertising campaigns by some companies.

What struck me about Jo's images though was the historical significance of the photos. While attending a flea market, Jo came across the 300 old negatives depicting familiar places in her city. As she tried to locate the exact location of each of the images it set the project in motion. “I try to make people realize that history is all around us. That where you live, work or go to school, once people fought, died or simply experienced a different kind of life. We are history, history is us,” – she says.

Here's an example of two photos that Jo has taken and blended together showing soldiers running down Avenue de Paris in Cherbourg in 1944. 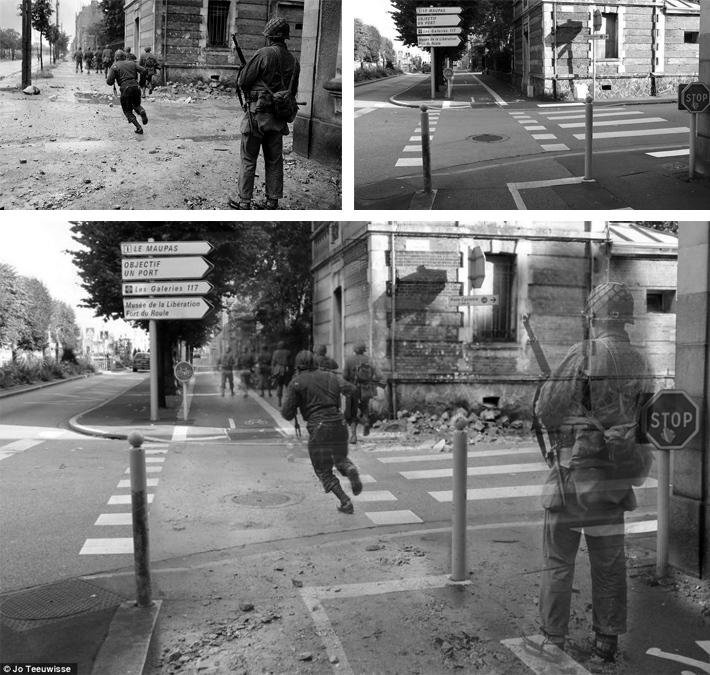 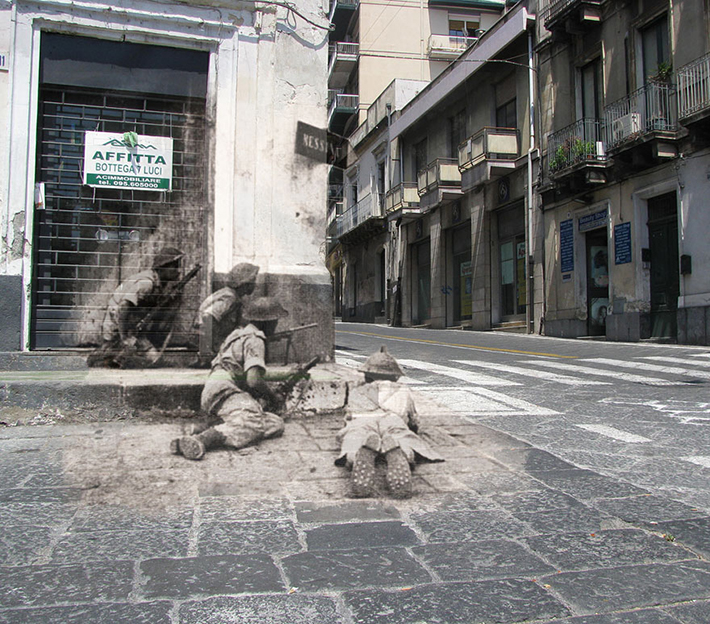 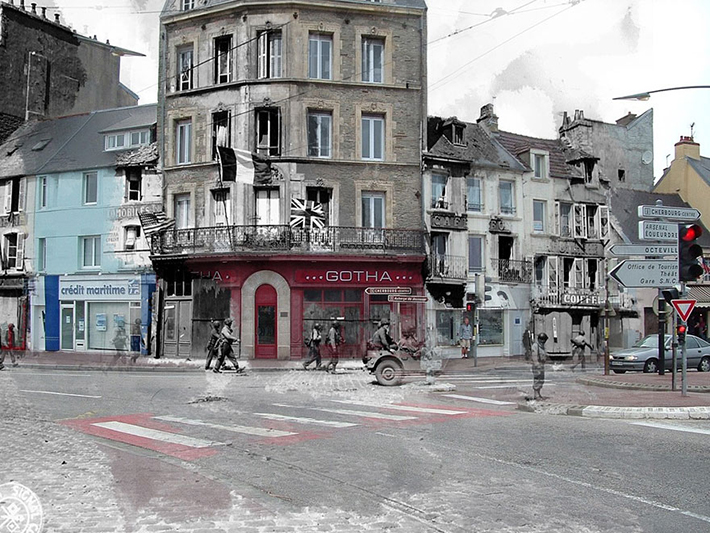 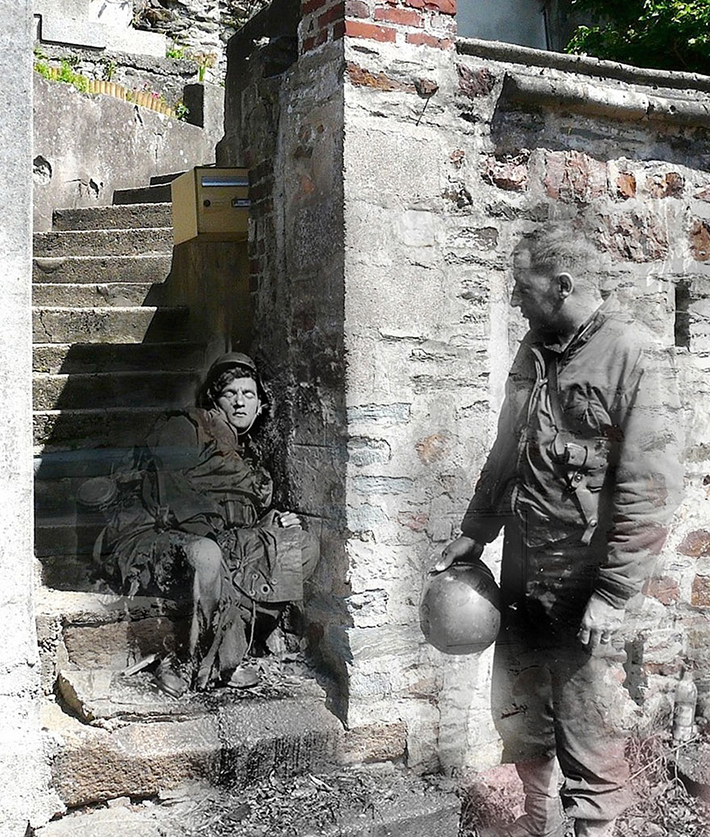 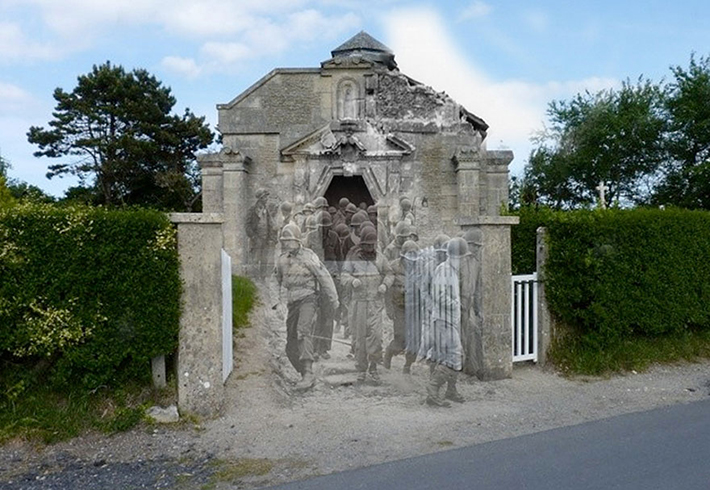 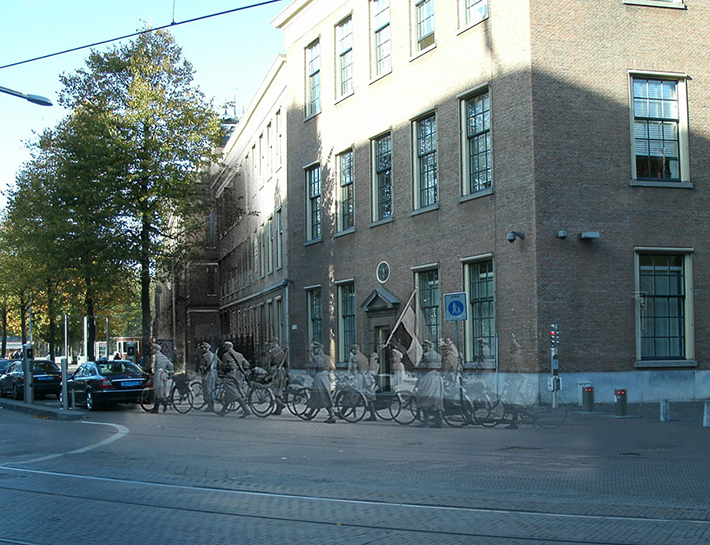 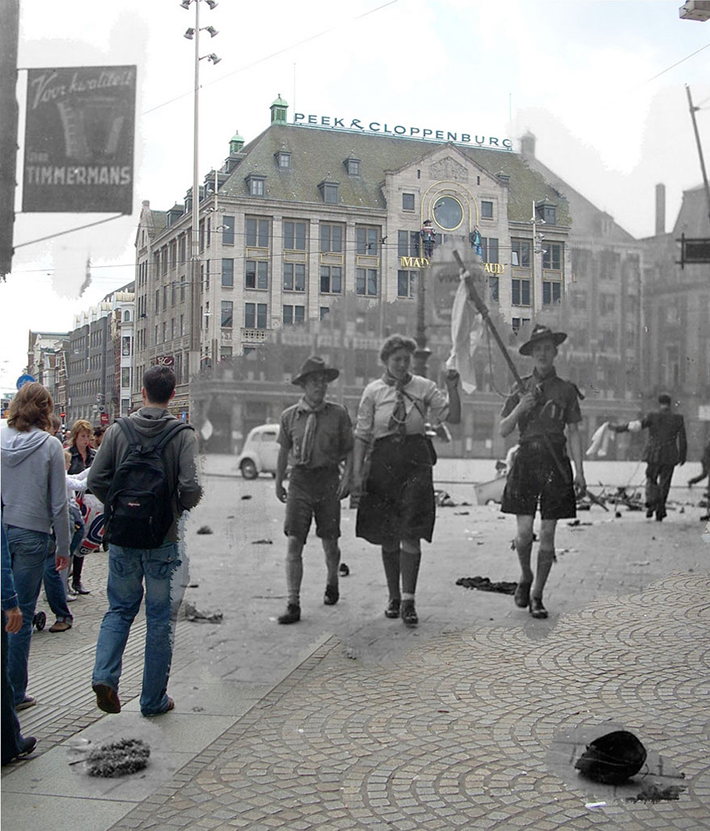 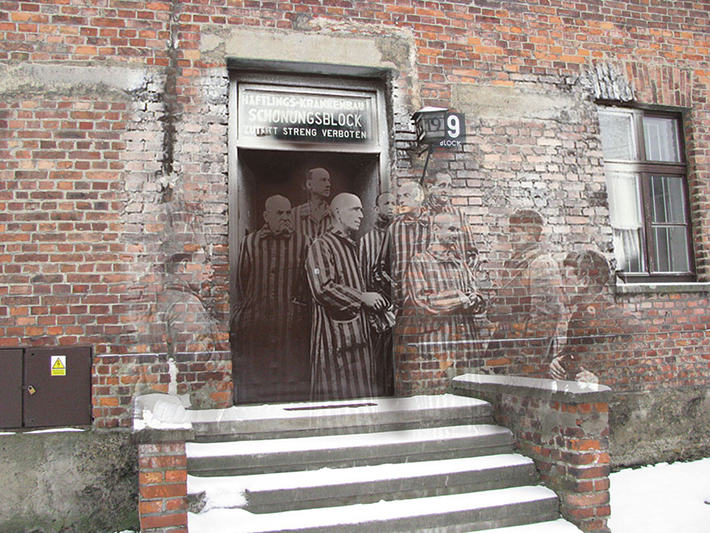 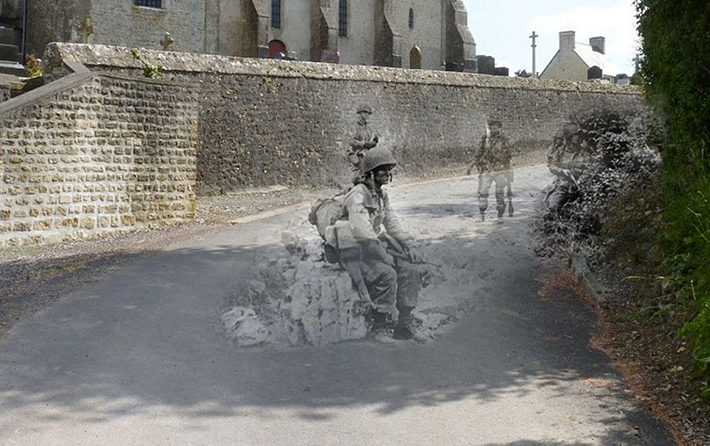 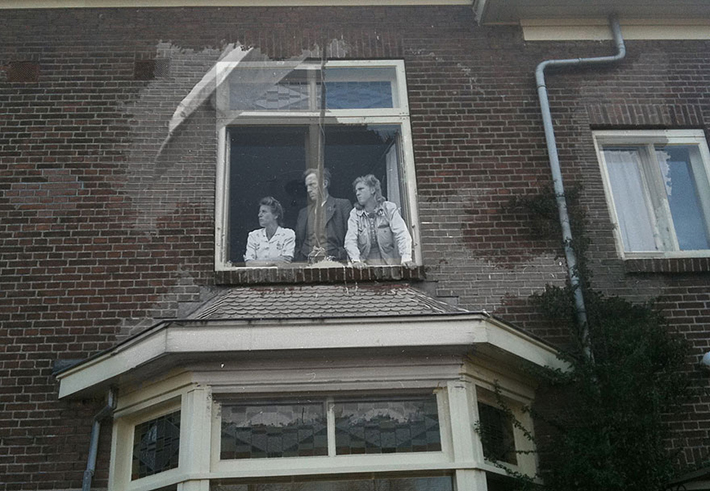 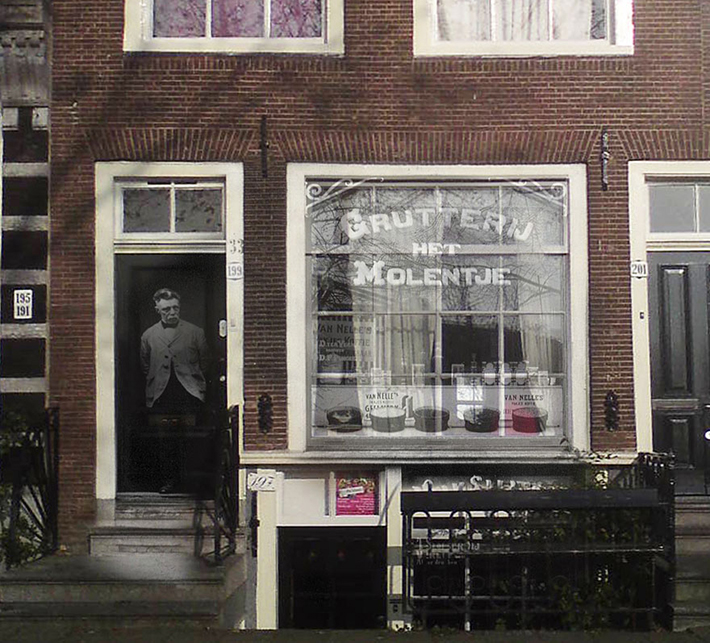 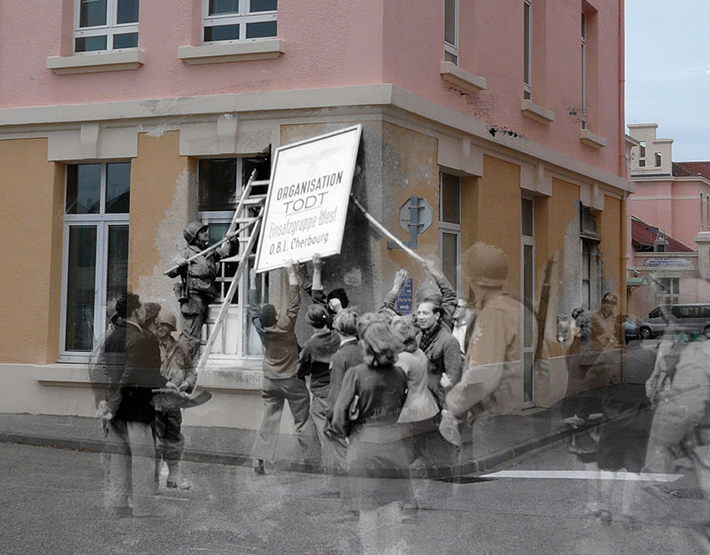 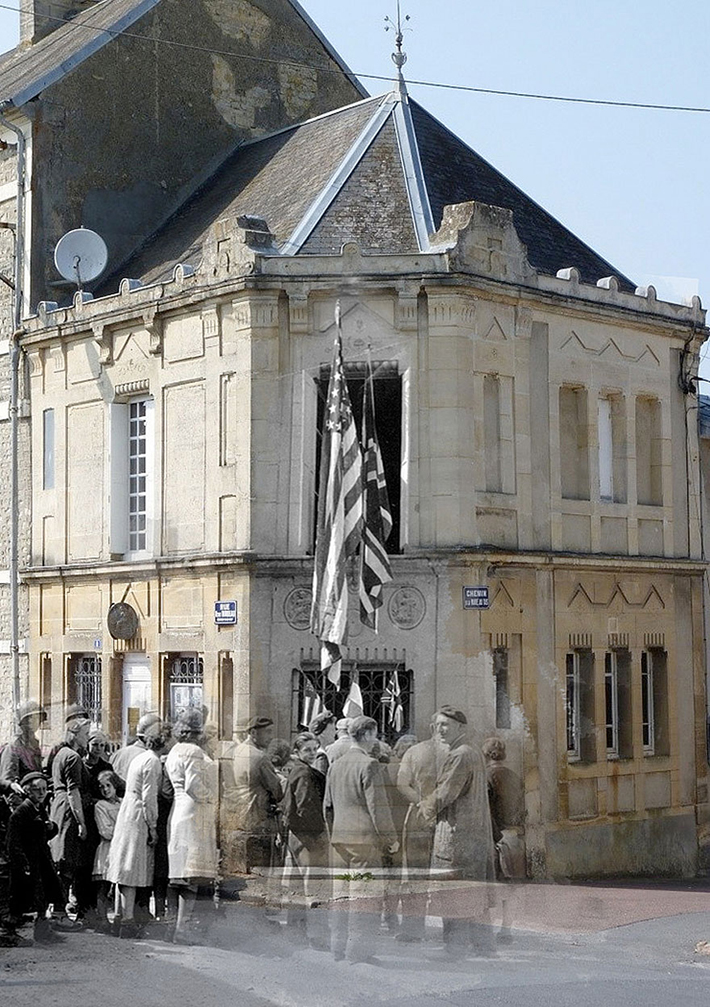 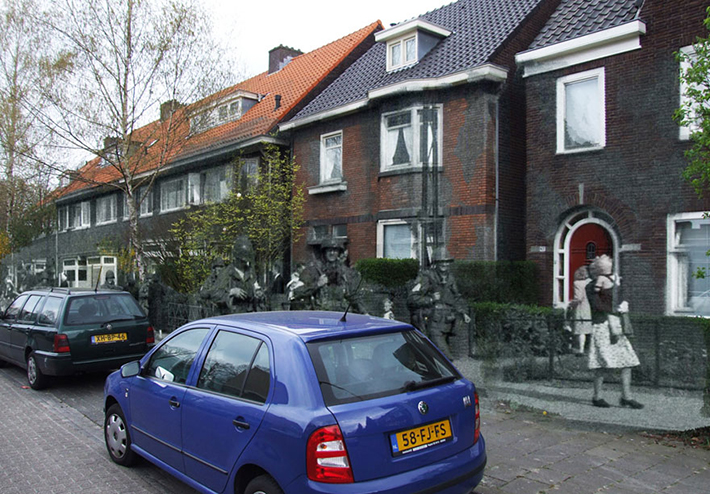 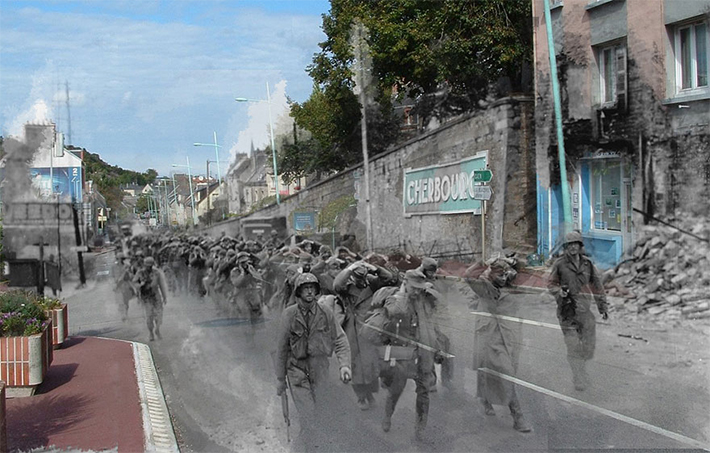 Below is a pull back image shot showing the location of two dead soldiers, just meters away from each other. 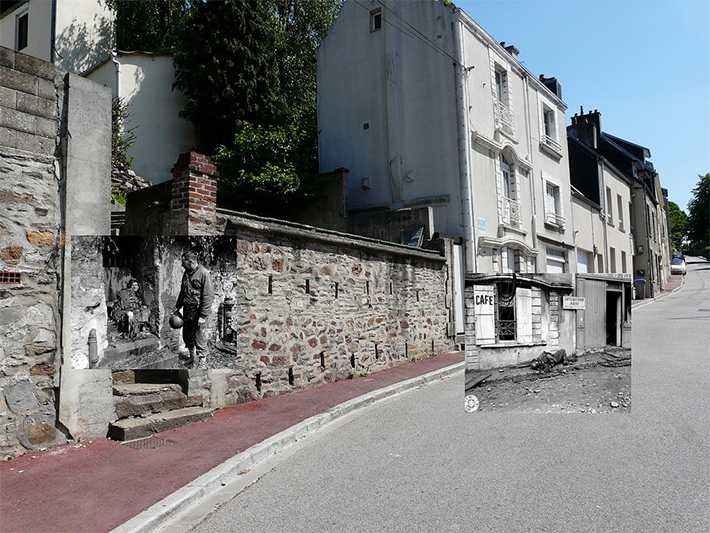 I like this connection to the past by merging these photos.  I also love it when people take old photos and hold them up to match them into a current background.  I'm undecided which ones I prefer, there is something simple, but striking about having the original photograph held up into the scene.

who is to say that they are not there with you as well.

I love the way both pictures are real instead of only one rather dim image over the other.  The great thing about your "ghosts" is that they sometimes look as real as the modern day people also in the pic.  I also enjoy how the buildings fade in and out of being one picture or the other.  This reminds the viewer that these buildings were there for both pictures.  The picture with the body on the stairs below a call box is especially haunting.