This year for Christmas I wanted to surprise my father with his dream car, an original Chevrolet Camaro convertible in hugger orange with white rally stripes. Being that I'm a photographer I decided to photograph the car and give my father a framed print of the car before I revealed that I am actually giving him the car.

For the majority of 2013 I've been looking for a 1967/1968 Camaro in orange and white. I only found a few cars in this color up for sale and the majority of them were well over $50,000 and totally unaffordable for me. The one car that I thought I could actually afford was up for auction and I ended up being outbid at the last moment.

I was forced to give up the idea of giving my dad the car in his favorite color and I decided to buy him the car in red. My buddy Justin who owns AJ's Superior Body Shop in Concord, NC convinced me that we should dismantle the entire car and repaint it in hugger orange with white rally stripes.

Justin worked for weeks carefully dismantling and hanging every car panel and I came up to Concord to help him paint the already prepped car. On the one full day that I helped his team paint there were about 6 guys working on the car. It took 3 of us 4 hours just to tape off the rally stripes. We worked for 16 hours that day painting the orange and then putting 3 layers of clear over the whole car. This experience gave me a new understanding and appreciation for the work that goes into bringing these vintage cars back to life. Justin's attention to detail was incredible. 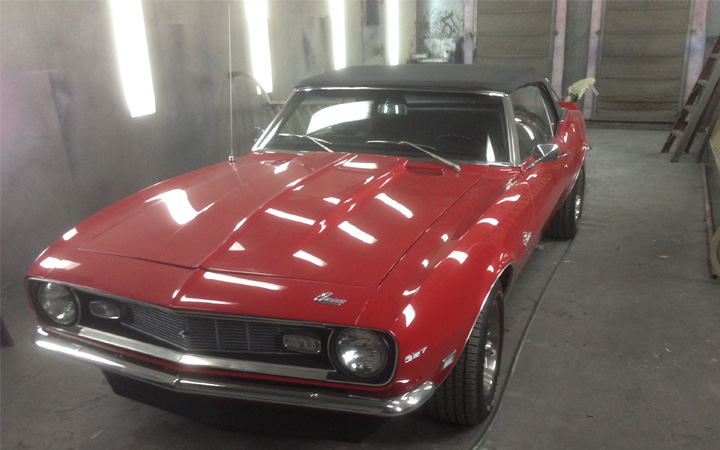 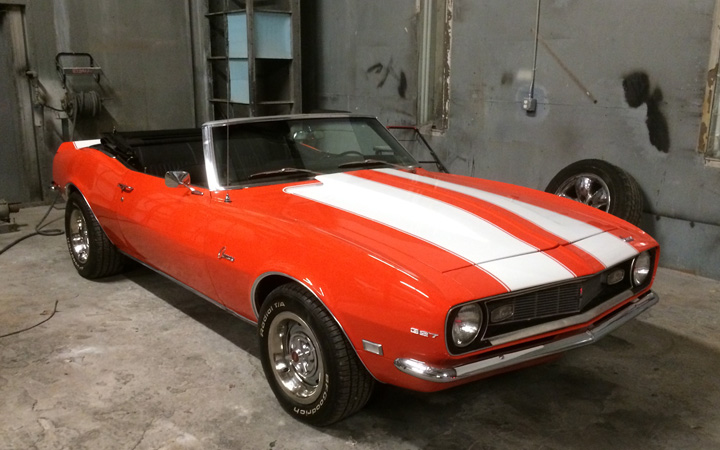 After the car was finished my brother trailered the car down to Charleston. We decided to shoot the car in front of a reconditioned 50's styled gas station. Being that cars are basically one big mirror, the photoshoot was extremely complicated and time consuming. I used a compositing technique I learned from Mike Kelley to build this shot. I ended up spending about 40 hours in Photoshop putting the car together. 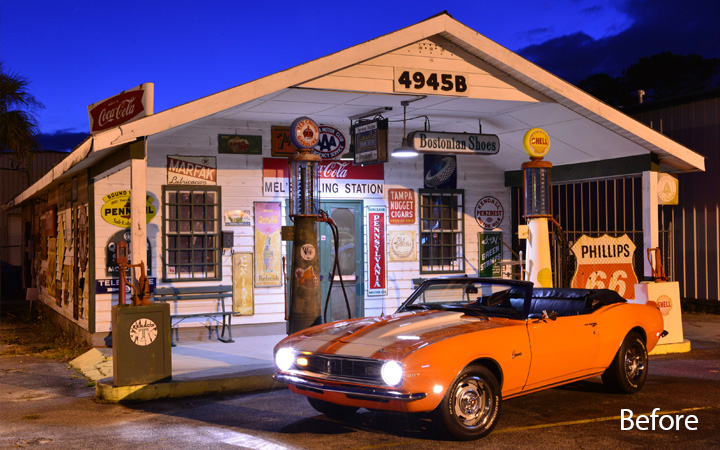 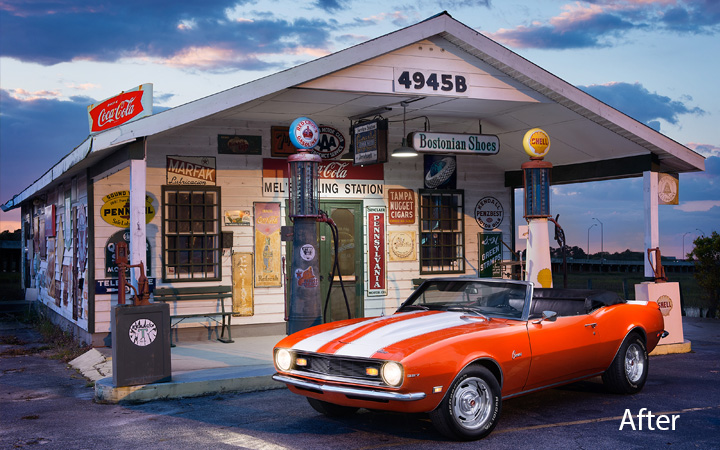 After the shoot I was filling the car up with gas and I looked up and noticed a perfectly painted white ceiling above the car. I realized that this was very similar to the giant softboxes used for studio car photography. We decided to do a second photoshoot of the car to prove that you can still create incredible car photography without spending hours on set or in Photoshop. 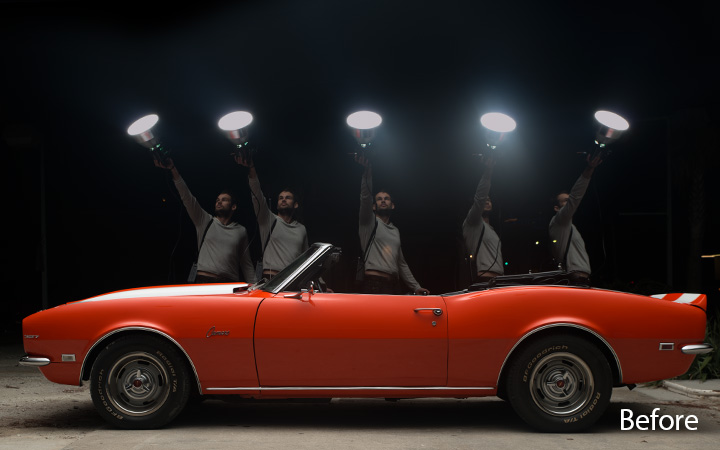 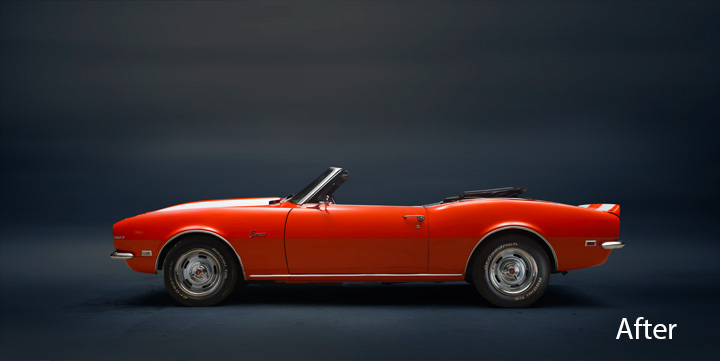 Check out the behind the scenes videos on both of our car shoots below.

As I said in both videos, if you enjoy photography as much as we do, check out FstoppersWorkshops.com. From May 28-June 1 2014 we are flying down to the Bahamas and having a 5 day workshop with 10 of the top photographers in the industry today. We can't wait to see you there.