A Custom Designed 3D Printed $10,000 Studio Stand That You Can DIY

Have you ever wanted one of those really expensive studio camera stands that are popular in large commercial studios? Well, now you can build your own with 3D printed parts and DIY patience. In a lot of industries and hobbies, 3D printing has really started to expand the possibilities for both businesses and consumers. Lots of people have started small home shops selling all kinds of products from mini figures and custom aftermarket car engine parts, to hand tools and computer parts. However, in the photography and video world, it doesn't seem to have become as popular. Of course, we do see the occasional widget someone makes to fix an issue they are having and a few companies like Edelkrone have put out some 3D printed products like their Flex Tilt Head, but not much else.

Maybe that is going to change soon. Alexandre Chappel is a YouTuber, Industrial Designer, and a maker. With his latest video, he set out to design and build a camera stand that could make filming his YouTube videos easier. What he built is a studio camera stand similar to the $5k to $10k studio stands found in large commercial studios for a fraction of the cost. That's not to say it was easy or cheap to produce, but if you have the patience for a good DIY project, the time to print the parts, and of course a decent 3D printer. Then anyone could build their own stand.

Now I don't think everyone is going to go build their own studio stand, but what Chappel accomplished does show a much higher level of what can be done if other makers or even manufacturers started producing products or kits that consumers could #d print and build at home. The question is do consumers in our industry want products they have to partially build themselves and is there a need for products that can be built this way?

I remember when the Canon 5d Mk iii fist released and the internet exploded with DIY projects for just about every film tool you could imagine. There was a new massive need for budget film gear that just didn't exist on the market and it caught manufacturers off guard. I myself built my first jib, track dolly, and slider. Of course, the market eventually caught up and we have tons of options today, in part because of Chinese manufacturers.

I have to say if I had a better 3D printer I think I would build one of these just for fun. Next, I want to see it motorized with a remote control. What do you think? 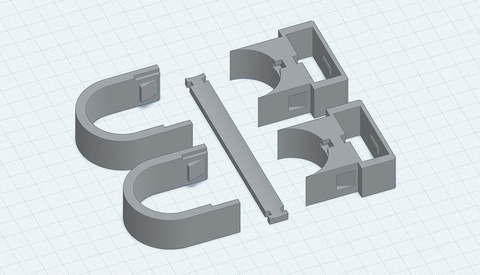 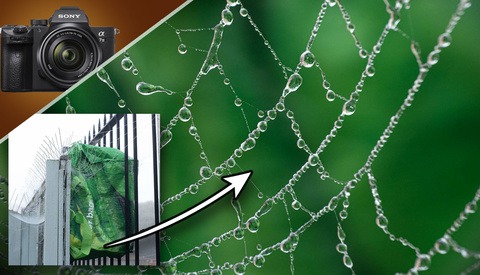 Great article. The only think I didn't like but is an easy fix is that the casters are not lockable. An easy fix, just a different set of casters.

Agreed I would need to have ones that locked but would love a system that lowered the base flat to the ground.

His plans are awesome and I've been following him for about a year; although, I highly advise not printing in PLA as he does, from my own experience it won't hold up, ABS or PETG are a must for this, especially if you have a high end camera attached. Also when bolting anything to 3d printed parts you can have failure when the parts get stressed, you hear the dreaded "crack" and 6 hours of printing or more gone to an overenthusiastic turn of the screwdriver or allen wrench. 3d prints fail because they're not injection molded, they are lego (ABS plastic FYI) pieces with superglue essentially. That can be all you need, trust me, I can stand on some parts I've printed and I'm a sizable dude; but, PLA is a bit like a weak metal, when it gets strained it just breaks it also doesn't last outside due to UV rays destroying it's integrity. ABS & PETG have a more wood like property, bending before failure.

Or just buy them used, they are dirt cheap available from bankrupt photo studios:

Cool project, I like that. I think that continuous fiber printing https://anisoprint.com/ is the best way for creation studio stand. I found a few great cases on the internet with this technology.

Ebay is definitely the way to go for cost/benefit. Problem with that is the continuous fiber is that it is more expensive than buying one, printer is $10k alone. Once that tech is on the desktop we will have structural parts we can use in everyday items. Also if we can use PEEK or ULTM (think of car parts as they use these high temp materials) or other very high temp materials in prints the world is literally our oyster. That requires 160c bed temp, enclosed printing, usually also requires a temper oven, and lastly and this is the biggie, 400c print temps. I think we'll see it, just give it 5-10 years. Basically 3d printing is all the same right now as far as consumer level, each year competition keeps businesses pushing towards these extremes. Now a 3d printer that is 4'x4' is out there for $4,000, a couple of years ago that would have gone for $20,000. The realization is that literally you can 3d print your own huge printer if you have the knowledge for cost of materials and know how which is readily available on youtube. If you have interest in dipping a toe in it, I'd highly advise the Prusa Mini. It is $349-399 (if you want the extra bells & whistles) Then there's the filament which runs $20 per roll. I have 5 printers and the 2 prusa's are my favorite for as far as plug and play, I printed 40 covid masks for my relatives over 3 days. The other ones are just more finicky but cheaper.