Inspirational Photographers in Focus: What Can We Learn From Salgado's Genesis?

What Makes a Great Photographer?

In the era of social media, we are often confronted with supposedly great life stories created by mediocre and sometimes amazing images. Most of it is marketing; a lot is fake. Presenting your life in such a way was once only limited to superstars. Today, an omnipresent flux of images reaches people everywhere in the world. Many of us use these possibilities to radiate success. We create pictures to make them fit our idea of a suitable biography, no matter if that image reflects the truth.

Yet, there are some people out there, who walk on a completely different path, people whose story is written by the images they take. They don’t create a narrative through their photographs, but let the photographs write their stories. One person who is obviously and most sincerely a photographer in such a holistic way is Sebastião Salgado.

Looking at Salgado’s work can be inspiring for your own photography; looking at his life will make you realize how much meaning photography can have. 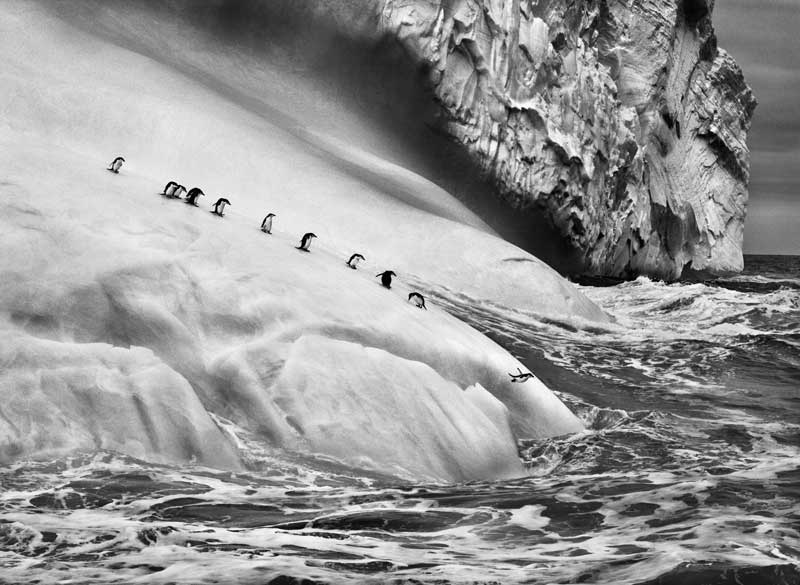 Probably one of my favourite pictures of all time.
Copyright: Sebastião SALGADO / Amazonas images

Salgado’s life was led by photographs. His work doesn’t only reflect the places he went or the topics he covered. The stunning images also mirror his own biography and his journey between hopelessness and hope. In such a way, Salgado is truly a master of his art. Taking a step back and looking at his work as a whole makes us realize a guiding thread, a meta-story behind all his different photographs — the story of a man in search of peace.

His giant project, GENESIS, made Salgado travel the world for many years to discover the earth in its most peaceful and untouched state. But that was only after his life as a photographer of crisis.

The Dark Side of Humankind

Born and raised in Brazil, Salgado actually is a studied economist. Only after his studies, when he had already worked for different organizations in the trade and development sector, Salgado’s life took a turn. On different journeys for his job, he started to take images with his wife’s camera. His hobby became a passion, and Salgado decided to work as a photojournalist from then on.

By chance, Salgado was a witness of the attempted assassination of Ronald Reagan. Actually, he worked on a documentary about Reagan, but his photographs of the captivated assassin John Hinckley made a financial foundation for his later projects, the projects which really make him famous today.

Salgado went on different self-assigned journeys to cover regions of crisis. From workers in gold mines in Brazil to violent conflicts in Sahel, Salgado traveled wherever you could find suffering and pain. He witnessed starving children, broken refugees, and people without a past or a future. Man-made misfortune and outrageous injustice were the main topics of his photographs. Until today, he shot in black and white.

Salgado's images reflect a closeness to the people and subjects that take your breath away. While the photographs burn themselves into the brain of the viewer, one can only imagine what Salgado went through to capture them. Most obviously, in the course of events and exposure to misery, Salgado became a broken man. A talented and passionate photographer who truly witnessed the dark side of humankind almost lost all of his hope.

In this state of mind, Salgado went back to his place of birth in Brazil and found himself a new purpose, a project that would rewrite the story of destruction.

GENESIS: The Beauty of Creation

Probably, Genesis is one of the most important works of modern photography. The coffee table book from TASCHEN is heavily loaded with content. It’s not only a collection of images about nature. It’s an attempt to set the world straight, to counterbalance the evil out there.

When Salgado went back to Brazil, he found the place he grew up facing severe destruction. What was once a colorful and flourishing rain forest had become victim of desertification. Just as his experience in several regions of crisis, it was another story of the destructive power of humankind.

But in contrast to the political crises of the past, he felt the power to change something. Salgado’s family focused on the creative power of humanity and started a forestation program around their farm. Soon, their first successes became visible. Today, the area is a national park with more than 2.5 million planted trees. Animals rediscovered the park, and the system stabilized itself. The regenerative power of nature inspired Salgado and gave his photography a new direction.

A project began that was as extensive as it could be. Salgado made 32 journeys to different regions within eight years. He covered the world in its most untouched forms, from populations of thousands of penguins in Antarctica to the beauty of humans living in the rainforests of Papua New Guinea. GENESIS – the title already hints at the topic – shows us the beauty of creation. Far more than this, it demonstrates that healing is possible, for Salgado as a photographer and for a world out of balance.

Instead of images that will make you cry because of the misery you witness, these pictures make you cry because they convey beauty and hope. With GENESIS, Salgado demonstrates that all hope isn’t lost. In fact, beauty is the natural condition. We only need to remind ourselves about that. And GENESIS does that. 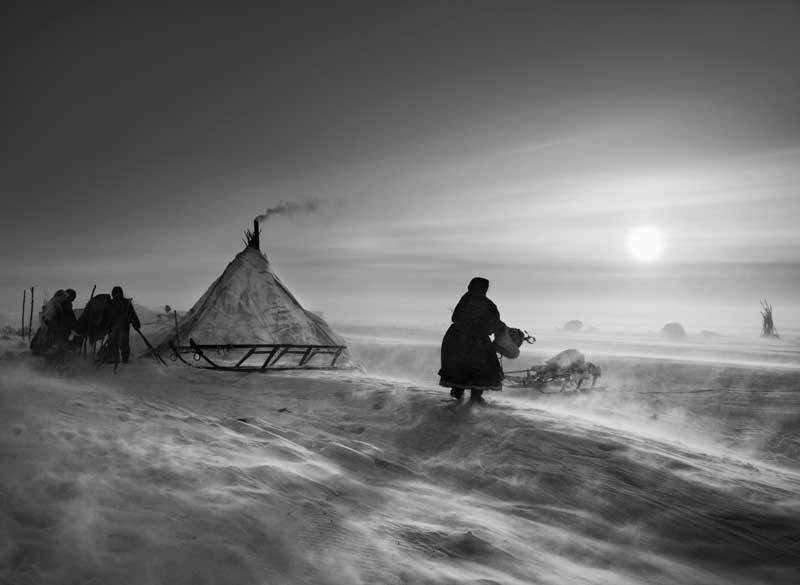 There can also be peace and beauty in humankind, even in the images of a photographer who spent years in areas of conflict and crisis.
Copyright: Sebastião SALGADO / Amazonas images

What Does Salgado Teach Us?

Salgado teaches us that there is far more to master than only exposure and composition. Often, it’s the story behind a photograph that will make jaws and tears drop. Even though it is seductive, you don’t always need to create a story around your images. If you’re really passionate, the story will create itself.

Salgado worked for the things in life that he found important. He didn’t aim at making the most admired photographs, but put the story first and the reception second. His photographs expose what he finds important, not what he assumes others will like. Salgado’s passion for photography and his talent to convey his message are the main lessons that we can learn from him.

On the other hand, GENESIS also shows us how intertwined our photography can be with our life. Shooting pictures that matter to you will unfold the energy that is needed to create something that will also be meaningful to others. By allowing images to reflect our own thoughts, ideas, and wishes, we give them a personal note — a narrative, which will not only catch attention, but also be deeper and as honest as an image can be.

I saw a part of GENESIS when it was exhibited in London 2013. Salgado’s images were so interesting and breath-taking that I wanted to get the coffee table book. Since I got it as a present in 2014, I have never locked it away. Even though each and every image pulls the viewer into its own story, I don’t even need to open it to become inspired. The mere presence of the book always reminds me of what photography can be. It’s a motivation for creating something meaningful with your camera. 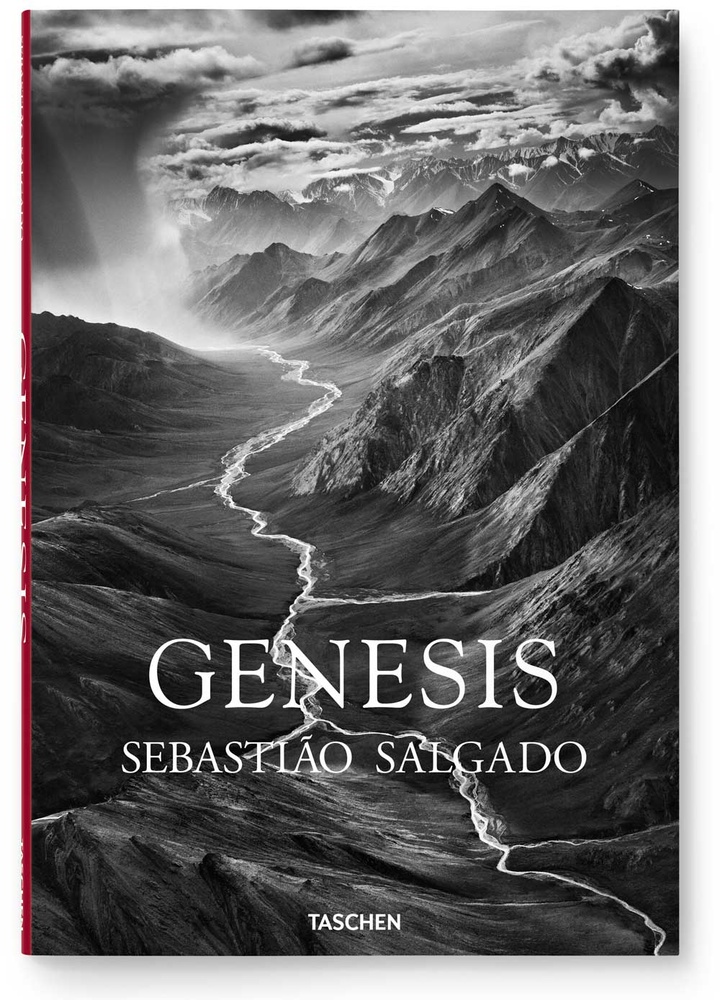 GENESIS is a good present for photographer friends or a treat for yourself. It shouldn't be missing in any good collection of photography books. If you ever manage to visit an exhibition of GENESIS, you should take your time exploring the unique images of landscapes, animals, and humans in full size. There is also a beautifully inspiring movie about Salgado's work as a photographer called "The Salt of The Earth" (2014).

Images used with permission of TASCHEN

He’s one of my favorites.

Indeed! Cool image. Thanks for sharing.

A great quote by him, translated, in the article you cite: "I think I contributed to the awareness of the care of the planet. I was successful and I reached out to people with my work thanks to organizations like Unicef, Save the Children, Doctors Without Borders ..., but I alone with my images would not have done anything, it would be like dust."

I saw his movie and have a couple of his book,a Great Photographer and Inspiration!

I'm not sure how many hours I spent in the Genesis exhibition in Madrid, but I was blown away. I have the book of Genesis and in the past year have added the equally impressive and inspirational 'Workers' and 'Migrations' to my collection. His autobiography is also a nice accompaniment to his great works. An inspiring photographer and person.