Michael Christopher Brown on Living and Working in the DRC

The Democratic Republic of Congo, often referred to simply as “DRC”, is a country steeped in reports of extreme violence, corruption and unrest. Citing ethnic conflict and the pursuit of control over abundant mineral resources, The New York Times referred to the country as “one of the biggest battlefields in Africa’s history.” I spoke with photographer Michael Christopher Brown, who is currently based in Goma, about the experience of living and working as a photographer in the Democratic Republic of Congo.

The presence of valuable mineral resources is often pointed to as fueling conflict within the country as well as controversy abroad. A lot of attention is being paid to the issue of sourcing “blood minerals”  from countries like the DRC, and there has been an increased push for companies, particularly those manufacturing electronics, to be held accountable for the origin of their materials. However, the origin of materials can be difficult to trace even for the manufacturers themselves, as evidenced by Apple’s push to verify that its suppliers were not sourcing material from areas of conflict.  On a previous visit to the DRC, Michael Christopher Brown addressed the issues that the country’s mineral resources present. Discussing his iPhone photographs with Time Magazine, Brown discusses the meaning behind his choice to document the mineral trade with a mobile phone: “The electronics industry is one of the main destinations for these minerals, which include tourmaline, cassiterite and coltan. They are used to make critical components of mobile phones, laptops and other gadgets. So it is fitting—if ironic—that I shot this entire essay with my iPhone.” 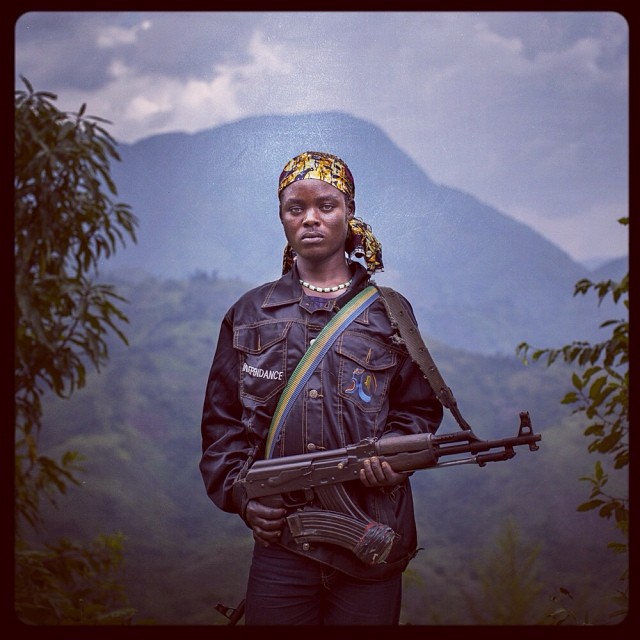 Returning to the DRC in late 2013, Brown’s photographs examine life within the country as it continues despite conflict. Brown’s current work focuses on issues surrounding the conflict like prostitution and sexual assault. 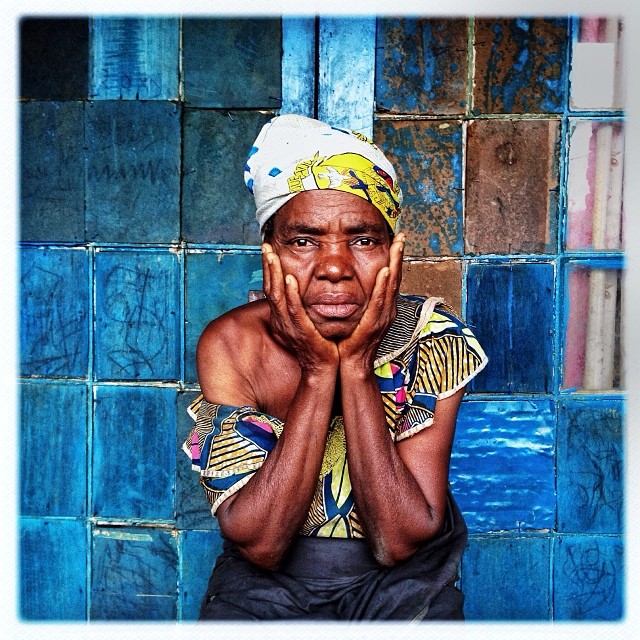 "This image is from an in-progress multimedia project in the province of South Kivu: The husband of Madelaine Kapinga was killed by the Interahamwe in the middle of the night. His throat was slit and then he was chopped to pieces. She then moved to another village with her 9 children. Her son-in-law was later killed during a fight with the Interahamwe. Later, Madelaine's daughter died from illness so Madelaine is now left with orphaned children as well." -MCB 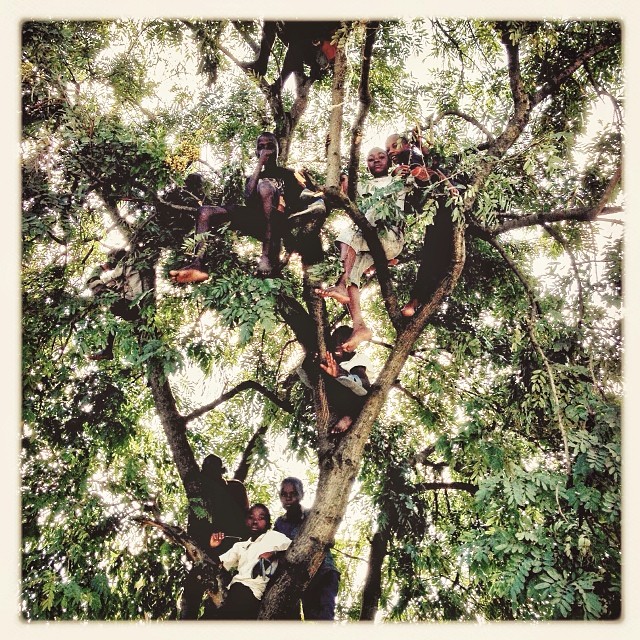 "The people of rutshuru watch as president kabila walks through town." -MCB 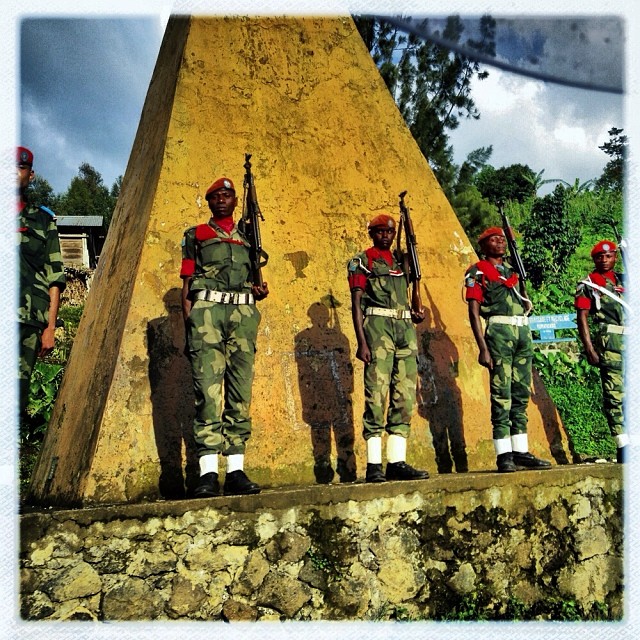 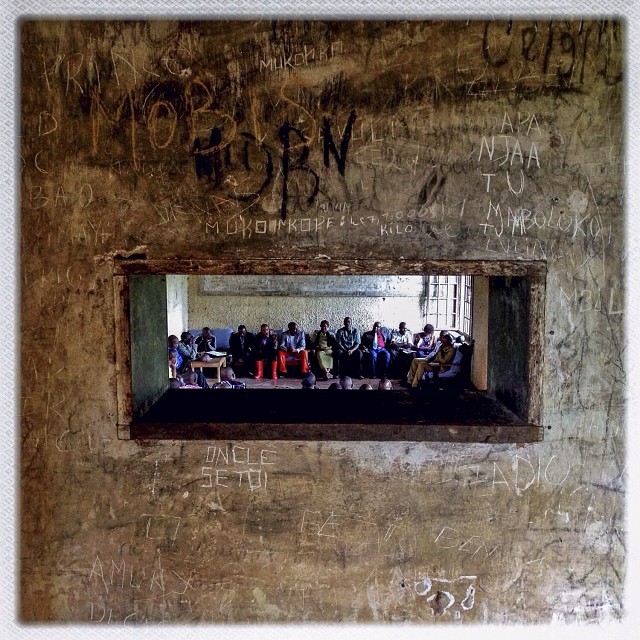 "town meeting in a village deep in the jungle of south kivu, congo" -MCB 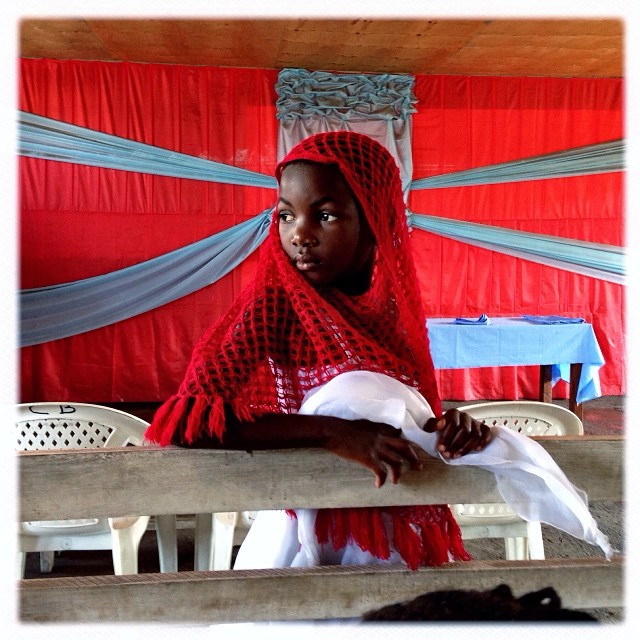 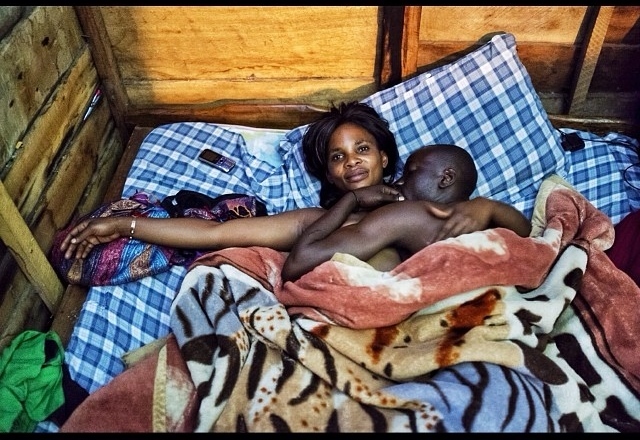 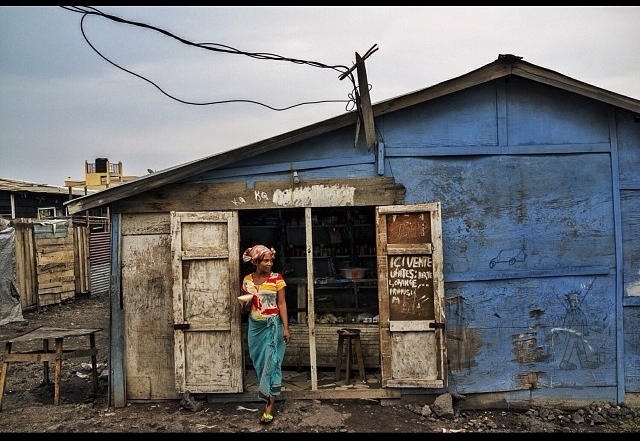 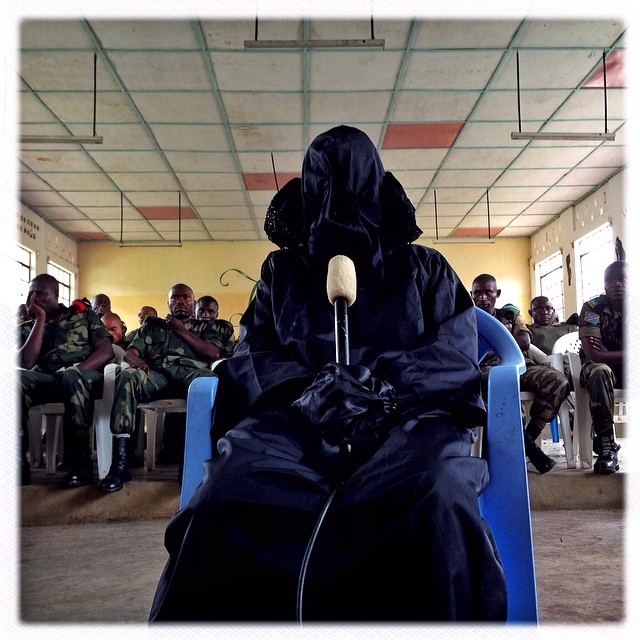 "at a trial for over a dozen fardc soldiers, accused of raping women from 6-75 years of age. here a victim explains to a judge what happened, while the accused sit in the background. been filming a lot recently and spent all today doing video. but somehow the one iphone pic i took means more to me than all the hours of moving pictures." -MCB

Although Brown is often featured for his iPhone photography, he is currently shooting with a variety of equipment. “I use medium format film, digital 35mm and iPhone and am shooting video as well.” He states that his best projects “tend to happen by accident, and most times I do not plan too much before embarking on a project. I like to follow instinct.”

I asked Brown about how he transitions back to living in the United States after working on projects like this, which often have such heavy subject matter. Brown says the process of returning home after this type of work has become an easier adjustment, as he has done it so many times. However, traveling to the DRC from the United States “becomes more comfortable but not necessarily easier... If anything it becomes more difficult, as the corruption and habits of how things are done here gets to me after a while.” The violence plaguing the country is well-documented and consistently reported on; Brown’s experience is that unrest is contained to specific areas. “This is the case with a lot of conflicts, the media and/or government(s) makes one believe that the entire country is in chaos but that is just not the case.” He says that staying safe in the country as a photographer is “about knowing the way of the Congolese, knowing something about how to speak with them and knowing at least a bit about their culture.”

Michael Christopher Brown has contributed work to publications such as Time Magazine and The National Geographic and is the subject of HBO’s 2012 documentary, Witness: Libya.

Brown is represented by Magnum Photos. You can find more of his work on his website.

Documentary / August 30, 2016
'Faceless, Forgotten,' A Photo Essay On The Refugee Crisis by Photographer and Storyteller Paul Choy
Log in or register to post comments
2 Comments

These photos remind me of the inherent power of the medium to convey and express the human condition in a way like no other.