For those of you that are afraid of heights, but enjoy high speeds, DJI has a new treat: a car with a camera on a gimbal. There is a catch, though. You won't sit in that car, but you will be able to drive it.

The patent under number CN209756678U states that this will be a remotely controlled vehicle with a stabilized camera. Don't be quick to judge: nothing new here. All four wheels of that vehicle will rotate in a 360-degree fashion to allow for a smooth movement in all directions. The patent was filed recently in 2019 and not published yet, but we are anticipating a new line-up of ground devices from DJI probably next year. 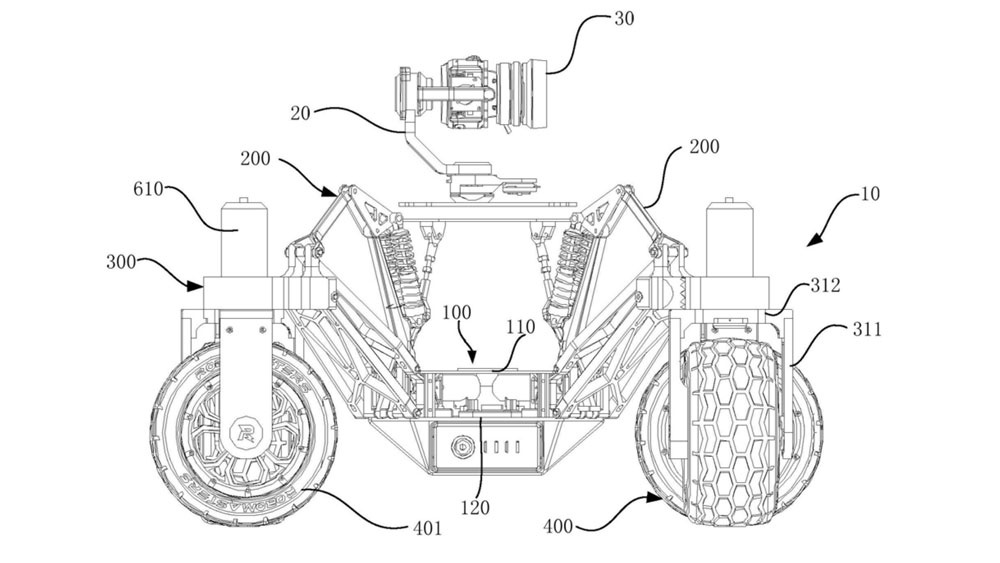 It is not clear yet what kind of gimbal it will use, but looks similar to the one on the DJI Ronin 2. The car itself seems to have a well-stabilized chassis which will furthermore improve the stability of the footage. The chassis will be dynamically moved up and down during movement depending on the speed and the terrain, which probably means that this won't be a passive suspension system, but electronically controlled. The patent suggests that the camera system and the gimbal will be probably removable which would allow using different types of cameras and stabilization devices.

We're looking forward to see the sequel of the unmanned vehicle race, but now also on a ground level.

I question how much even a good gimbal setup would be able to stabilize footage from something as small as an RC car travelling over anything but smoothly paved roads. I'll certainly be interested to see the results.

Smaller than a Mini Cooper.

When people run with steadicams and electronically controlled gimbals (also those for holding phones), they jump a lot more than would an RC car jump on pavement, and it's yet steady.

Here there is a three-level stabilization: gimbal, springs on the chassis, electronically controlled the height of the chassis.

We'll see how well it works when it comes out.