Drones have enabled incredible creative possibilities that simply would not have been possible just a decade ago, and this might be the most impressive example I have seen. Check out this incredible video that shows jaw-dropping flying skills and creative coordination.

Shot by Jay Christensen and directed by Anthony Jaska for Sky Candy Studios in Minneapolis, this amazing video was shot at Bryant Lake Bowl & Theater, a bowling alley, cabaret theater, restaurant, and bar in Minneapolis. Director Anthony Jaska chose to shoot the video to demonstrate storytelling through aerial footage and to give the business a helping hand during a tough year, and boy, did the team succeed, with the drone weaving deftly through tight spaces and all the volunteers in the shoot showing impressive timing and coordination to bring the scenes together. The entire thing took about five practice runs and 10 overall takes to make adjustments after about a day of scouting and planning the drone's route through the building. Despite the 15 total flights, the only time Christensen ever crashed was the intentional crash at the very end. The video has attracted lots of attention, including high-level directors who have reached out about hiring Christensen.

By the way, bonus points if you can name the movie referenced a few times in the video. 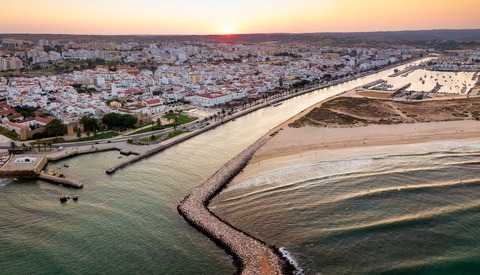 Thst was really impressive! Even the kamikaze at the end

amazing sequence! I've always wanted to see the machinery that puts the pins down

My views are that of a typical aerobatic RC helicopter pilot. It's pretty basic flight but it's exactly what we've been trying to achieve for ages now and didn't want to because of safety and video quality concerns. I enjoy flying 90 helicopters and every single quadcopter drone I've tried is boring. To me, it's like having an f1 car to drive around in your spare time, and hearing people say how great a prius is because they're used to a gokart.

Quadcopters have been such a HUGE step back in radio controlled flight. We've got way more regulations we used to have because people are more reckless now. Helicopters are/were way more dangerous but you'd rarely hear anything on the news because RC helicopter pilots were more sensible (in part because a poor take off could cost you $800 on a 90 heli).

The hobby itself became less fun because automation had to be implemented for mass appeal and with that came less rc helicopters being sold and model shops dying (a lot of the great rc shops, even online ones, died out). The average person does not want to spend six months learning to fly something, they'd rather have gyros and computers which stabilise most of the machine for you. But again, to anyone that's put the time and energy into learning, and enjoys the feeling of accomplishment you get from learning new tricks... These machines are HORRIBLE to fly. It's like having a computer compose and do everything for you with photography at half the speed you can do it all yourself. I know I'm sounding like a boomer here, but seriously, these things are so, so boring. People's desire to have instant gratification, and people themselves ruined one of my favourite hobbies, so I have very little good to say on this subject.

There's also the fact that anyone who built rc helicopters would learn to tune engines, use hand tools, etc. Drones killed all of that. And I genuinely don't meet many males who're that practical with their hands.

Radio controlled aircraft were used in movies, because it's cheaper than using a real helicopter or plane. So it's a shame the author didn't mention this as I think those that don't learn from history are condemned to repeat it. That was actually going to be my career when I was younger.

"Drones have enabled incredible creative possibilities that simply would not have been possible just a decade ago, and this might be the most impressive example I have seen."

I'm not sure I agree with this. An RC helicopter from 20 years ago could easily carry a large sports DSLR and do far more aerobatic tricks than any quadcopter drone on the market today. RC helicopters are significantly more controllable / aerobatic than a quadcopter drone is in part because of the swash plate and power to weight ratio. Quadcopter drones are a terrible design in general. Plus they are incredibly slow. Most 90 helicopters, even the ABS ones, could easily push 100mph and quadcopter drones aren't there yet. All that said, just because it's possible, doesn't make it practical. These things have created a safety net and some of the computer aids are a huge welcome addition when filming a movie.

The flight here is incredibly basic, and while not everyone's seen alan sjabo fly (youtube him), your average RC helicopter aerobatic video will be more impressive than this but the video quality won't be. The history of RC helicopters is quite interesting, because we used carbon fibre parts, lithium polymer batteries, and 2.4ghz well before most/all industries I've seen and other industries didn't learn from it.

The only thing quadcopter drones really allowed was small, high quality cameras. Even your average FPV pilot wouldn't struggle with this but home-assembled drones don't typically have good cameras. And here lies another problem... For decent flight, with a helicopter, quadcopter drone or even a plane (less so a plane), you NEED to crash. You NEED to push yourself to the limits. But with DJIs FPV drone, fixing it is going to be a problem.

What would actually be a huge step forwards is for them to sell their camera, to be implemented on a helicopter/drone of your choosing. The DJI FPV drone is the first premade drone I've seen that looks somewhat fun to fly and I'm glad to see the market go in this direction but repairing it is going to be annoying.

I accept that a $5,000 6 foot helicopter is impractical to crash, dangerous on set, and could kill half your crew. So I accept quadcopters serve a purpose, but I'd really, really like to see better cameras made for quadcopter drones you assemble yourself. All that aside, the DJI FPV drone is the first video orientated drone I've looked at and thought "that could be fun to fly". It does look fun to fly. No, it's not anywhere near as fun as a 400MPH plane or a decent 90 helicopter, but it is a step in the right direction. DJI, please, please, please sell your camera tech separately :). Even if it's as much as your drone itself, I'd buy one.

I dunno dude, I think you have to accept the fact that the era you were a part of is over, and "drones" will completely replace them in professional production environments. It will probably put a lot of people out of work. If remote flying with a camera-mounted radio-controlled device is a professional part of what you do for a living, I suggest getting a DJI drone and learn how to fly it - fast. Otherwise you're going to be left in the prop wash. Cars replaced horse and buggies, digital replaced tape and film, time marches on. It sucks, but that's what it is.

golf clap for use of "prop wash"

I appreciate you being civil, that's a rarity online.

"If remote flying with a camera-mounted radio-controlled device is a professional part of what you do for a living, I suggest getting a DJI drone and learn how to fly it - fast"

3D helicopter flying is significantly more difficult than anything shown in this video. To put it into context, it's like telling a 1 litre superbike champion to learn how to ride a 50cc moped in a straight line. Everything, and I mean EVERYTHING has been dumbed down to be extremely easy with drones. That's primarily what killed the fun for people like myself, who enjoyed the challenge.

In other words, no learning is required for me to fly any drones on the market. I just don't like them for obvious reason to anyone who's flown both.

3D helicopters are significantly more advanced than quadcopter drones in how they can be flown. The machining is also better on something like an avant aurora (a really old helicopter) compared to this. It has better quality components too. I suggest looking up alan sjabo on youtube as he has the most videos. Drones are a step backwards. All the examples you gave were evolutionary products, not devolutionary. Drones are devolutionary. Your analogy doesn't really fit.

I do accept that. I just cringe a little when I read things like "Drones have enabled incredible creative possibilities that simply would not have been possible just a decade ago"

It's simply not true. Better cameras have allowed the possibilities but drones themselves haven't. They've made it safer and higher quality at a lower budget, but it was always possible. And no, it's unlikely I'll buy a DJI drone.

"For decent flight, with a helicopter, quadcopter drone or even a plane (less so a plane), you NEED to crash. You NEED to push yourself to the limits. But with DJIs FPV drone, fixing it is going to be a problem."

I mentioned that point here. What I want and am prepared to wait for, is for decent cameras to be available on helicopters / quadcopter drones I build myself. This thing is slow, doesn't do many tricks and it's a massive step up from previous DJI drones but it's still an absolutely awful device for anyone above beginner level at piloting RC aircraft.

I sound a bit more negative than before, but I've had a chance to fly one now and yeah. It's abysmal. Repairing it will be abysmal.

Quadcopters make more sense than helicopters for production work. That I accept, but a prebuilt one shouldn't be a necessity. My prediction is the market will come full circle and people will appreciate the challenge of this compared to previous models, and they'll get harder to fly again. When that happens, people will need to be able to repair their own devices and not send them in for repair. A company at some point will provide super high resolution cameras for drones you build yourself.

My point is simply that this is where things are going. Like DSLRs being replaced my mirrorless, which a lot of people are also hemming and hawing about. There may be applications where the helicopters may be more advantageous, but generally the "drones" are simply taking over. As far as repairs, most of the time they'll simply be replaced. It's just economically more feasible, and it's a business write-off. They are constantly advancing as well, so no great loss.

If flying one of these devices is child's play for you, I would simply invest in them and add them to your arsenal. That would then make you more versatile and attractive professionally than a drone-only pilot.

My avi should qualify me for the bonus points! ;-)

I don't have any experience with drones, but I want one now!
Thanks for posting this Alex.

Hmm, what's with those shadows on the walls? The drone wouldn't make that.

I was at a location today were these guys were going to do a shoot for another company. I got to chat with them a little. "Crashing" the drone at the end is their signature ending.