Photographing The World Behind The Scenes Season 2 Begins Now

Last year we teamed up with Elia Locardi to film 2 separate tutorials on Landscape and Cityscape photography. We flew around the world twice with Elia, filming for 3 months in 7 different countries. We wrapped up the first season (episodes 1-8) a few months back and today we begin season 2 (episodes 9-18)

The first tutorial that we released with Elia was Photographing the World: Landscape Photography and Post Processing. In this 14 hour tutorial we visit both Iceland in the winter and New Zealand in the summer. Episodes 1-8 of our behind the scenes series follows the creation of that tutorial.

Yesterday we released the second tutorial in the series: Photographing the World: Cityscape, Astrophotography, and Advanced Post-Processing. This 15+hour tutorial takes place across Italy, Singapore, Hong Kong, Cambodia, and New Zealand and took over 2 months to film and 9 months to edit.

Episode 9, seen above, is the first episode in the creation of the cityscape photography tutorial. We began our trip in Cinque Terre, Italy because of the unique villages that are built into the sides of cliffs facing the Mediterranean Sea. Elia felt like it was the best place to begin if you had recently finished watching the landscape tutorial.

Surprisingly, I had already been to Cinque Terre years before with my girlfriend on vacation. It was one of the most beautiful places I had ever visited and I was excited to go back. I had visited before in the summer and tourists were everywhere but this time we happened to be there in winter which was their off season. The villages were strangely quite and many of the stores and restaurants were closed until Spring. The lack of tourism ended up being a blessing because it made filming our lessons far easier. One of my favorite shots from the entire Cityscape tutorial was of Vernazza at sunset. The location is amazing, the weather was perfect, and we didn't have to deal with any other photographers or tourists throughout the entire shoot. Since we were there around the holidays, we were able to film a fun little drone holiday video for everyone as well.

While we were filming our last lesson I noticed paragliders high above our heads. On our last day in Cinque Terre, Patrick, Naomi, and I were able to fly over the town for ourselves. Elia was (debatably) sick that day and decided not to join us. Feel free to give him crap in the comments below.

In next weeks episode we move to Rome to begin photographing ancient architecture. If you missed the first season of Photographing the World, you can watch the first episode below or bookmark all of the episodes here. 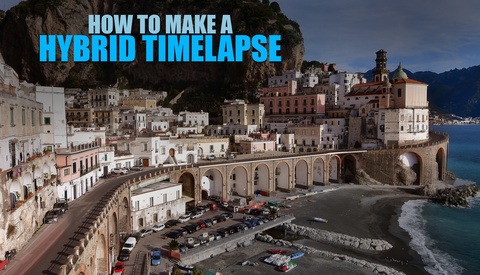 Composite / May 18, 2018
This Video Trick Will Make Your Time-lapses Look Better 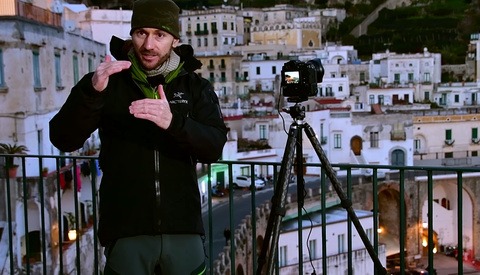 This is where you guys rock...but for crying out loud..crack the whip on your contributors (articles)..they are pure shiiiittt these days.

Hah. I always tell people, the posts that have the most complaints are always the most popular.

That's a phenomenon across the internet... but please, PLEASE don't fall for it!

IMHO I don't think it's a good trend to follow, nor do I think it will last.

Stay hungry... but also stay true to your principles and "current" loyal followers.

It's not that clickbait bs is the only thing people complain about. I feel like my iPhone bikini shoot was great content but people love telling me how pointless it is.

Only the platform haters were getting on your case as they always do... and I was just having fun of my own predicting, and teasing ya about it.

maybe you guys have lost something in Manarola, like a lens cap for nikon?
I found one on the rocks below the stairs where you shot the movie at night.

Haha there is a very good chance that we did 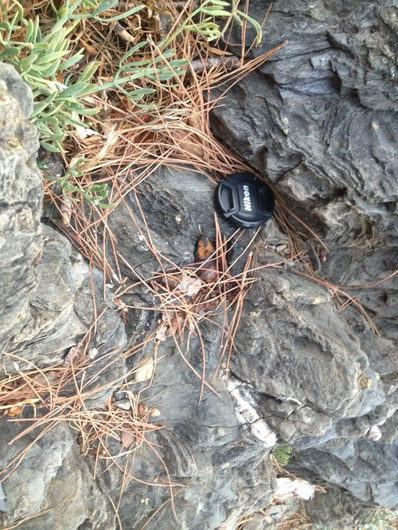 I don't recall having a camera with no lens cap the rest of the time. Is it a 77mm?

Hello Patrick
I do not remember the diameter (it probably was a 77mm), I preferred to leave it there in case anyone was looking for, but when I found it I thought of you because you guys had shoot the video in that area :)

My tendency is to believe that so many people shoot from that location that it wasn't ours. It would be a cool story if it was though so I choose to believe this new version :)

Very nice BTS, as usual... and this place is so amazing to shot !

I just can't believe it... you guys are in Italy and you eat.... burgers? Seriously?

Just wait for next week's episode....we found 80% of the Italian food we ate to be bland, dry, and not very good :(

I remember Lee coming back from a 3 week trip throughout Italy and telling me the food was horrible and I scoffed at him. It's sad to say that I completely agree with him now. I prefer the more flavorful Italian dishes found in NYC and I'll take sandwiches with softer bread and condiments any day over their sandwiches with hard as a rock bread, cheese and bone dried ham. I do wonder what Europeans would think of our Jersey Mike's, firehouse, Katz Deli style sandwiches. I find it hard to believe anyone could not eat one and prefer it over a 2 topping sandwich like you find in Spain and Italy.

Not a big fan of their pizza either. We did have some great seafood pasta dishes in Cinque Terre and one solid gourmet Italian dinner in Rome but overall I was pretty disappointed.

I love Italian food but I think the majority of restaurants in major Italian cities (even outside of touristy areas) are low quality and ultra expensive because people assume that all Italian food is incredible and will pay for it.

Our final meal in Rome was incredible but the average pub, sandwich shop, pizza place, or restaurant has the exact same menu and boring bland and sometimes stale food.

I know I sound crazy saying this but everyone I've traveled with to Italy agrees with me after a week of eating the exact meals over and over again.

Here's my theory: In Nyc you can find any genre of food in the world and there is a 90% chance that the food will be amazing. If the food is bad they will go out of business because the locals will stop going. It feels like in Italy restaurants are open because they have been there for a long time and tourists alone keep them in business. The food does not have to be good to make massive profits. I bet that way outside of any city center the food is fantastic because it has to keep the local Italians happy.

In La Spezzia, there is a f*cking good pizzeria :) :D
But i have to admit, that in Italy, food is not everytime good... in touristic places... unfortunately !

Well, I am afraid you are right regarding food in touristic places. What's worse is that I found that this is not limited to Italy, but to at least every European place that is frequented by lots of tourists. It's just the very same in France and Germany. The more touristy the restaurant, the worse the food and the more expensive it is.

BTW: Did you know that Pizza traditionally is just a dish for the utilization of remainders (hope my English is correct here) and therefore not a real Italian speciality?