See How Art Streiber Photographed the Cast of Duck Dynasty

Some of you might remember Art Streiber as the man who photographed an absolutely epic shot of a huge group of celebrities for Paramount's 100th anniversary. Well Art is back to give you a look on how he captured these images for the #1 hit nonfiction show that has an astonishing 11.8 million viewers. People simply love the Robertsons.

Below, Art reveals behind-the-scenes details and photos from his camo-filled season-three shoot with the Robertson clan. 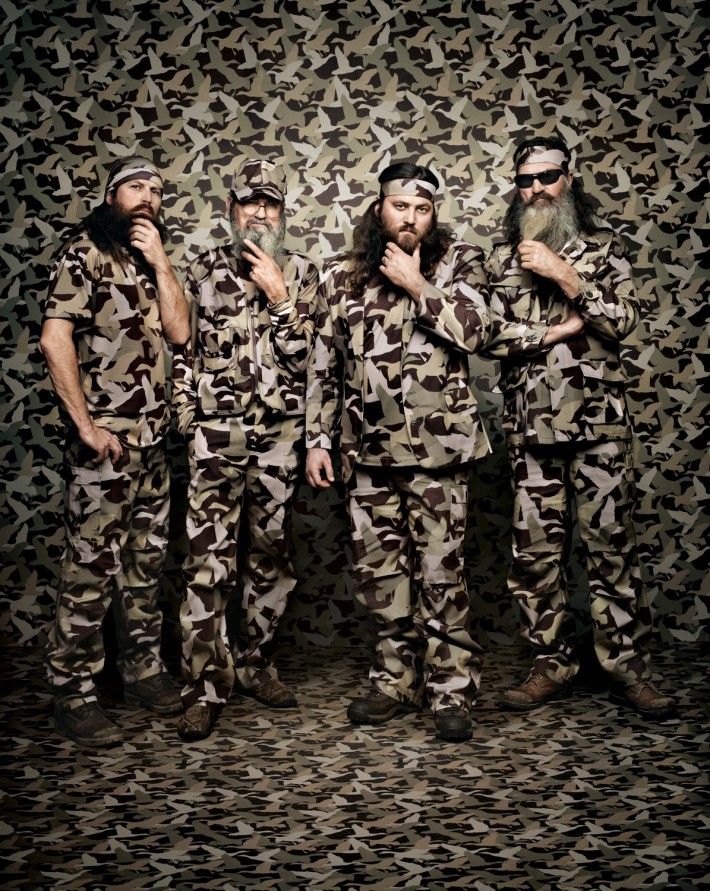 The Robertson men (from left): Jase, Si, Willie, and Phil. Photo by Art Streiber for A&E. 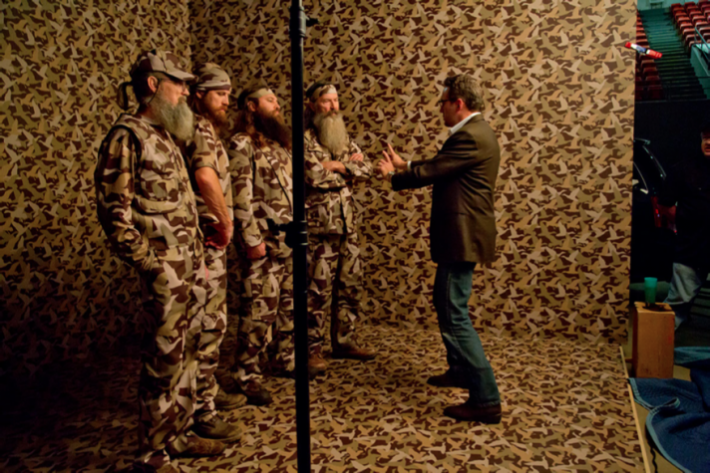 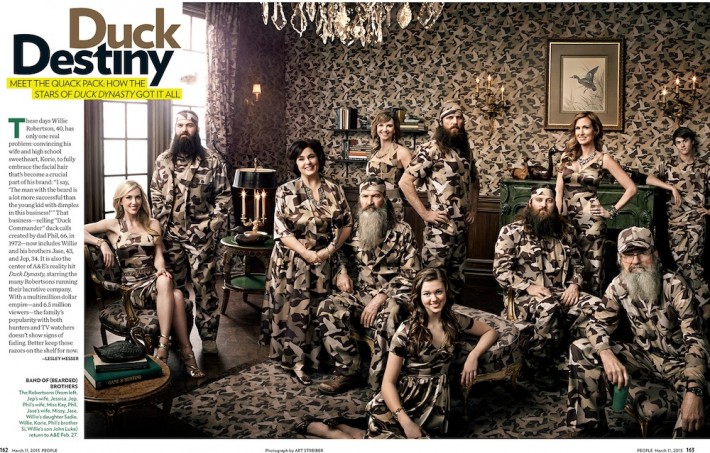 A publicity photo by Art Streiber as seen in People magazine.

“The key-art concept for season three of Duck Dynasty was to take the Robertsons even MORE over the top than they already are and bring their outdoor ‘world of camo’ INDOORS! I worked very closely with Marissa Grasso, Meghan Kirsch, and Sarah Freed at A&E, set designer Nick Tortorici, and wardrobe stylist Ivy Jarrin to create the look of the campaign.

Nick created three all-camo sets—including one in all pink for the DD ladies—and Ivy designed and hand-produced all of the camo wardrobe looks for the cast (and had pink versions made for the ladies, as well). For the living-room set, we motivated the light from the (fake) windows. On the green camo set, we went for a traditional soft-studio look, and on the pink camo set, we lit for beauty. The family’s ability to play it straight when surrounded by endless camouflage really worked to our benefit.

Our ‘studio’ was the floor of the arena at the Monroe Convention Center in Louisiana, which usually hosts concerts, circuses, trade shows, and rodeos, but last January it hosted the Robertson clan. At 46,025 square feet, it was easily the largest space my crew and I had EVER had to ourselves.

And while Monroe hosts the annual Miss Louisiana competition, set design and costuming are hard to come by in Louisiana’s eighth largest city. So…all of the sets were built in Los Angeles and shipped to Monroe, and and all of wardrobe was designed and handmade in New York and shipped to Monroe to be fitted.

We shot ALL KINDS of variations of three generations of the Robertson family on all three sets, and they could not have been more accommodating or professional. Phil Robertson even serenaded us with a variety of duck calls! 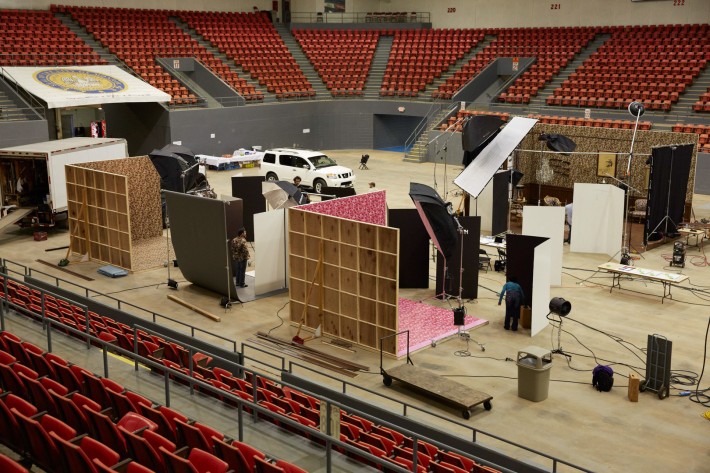 The shoot took place at the Monroe Convention Center in Louisiana. “At 46,025 square feet, it was easily the largest space my crew and I had EVER had to ourselves,” says Art. Photo courtesy Art Streiber. 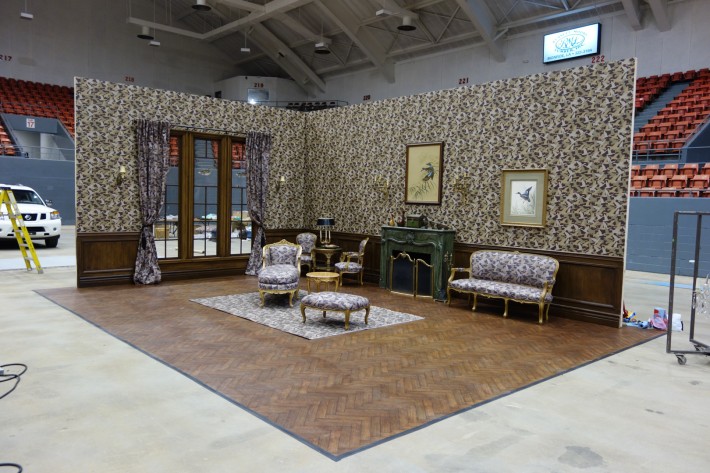 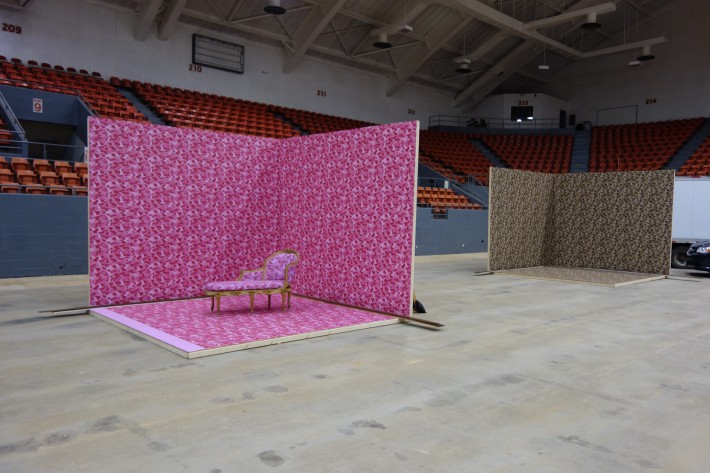 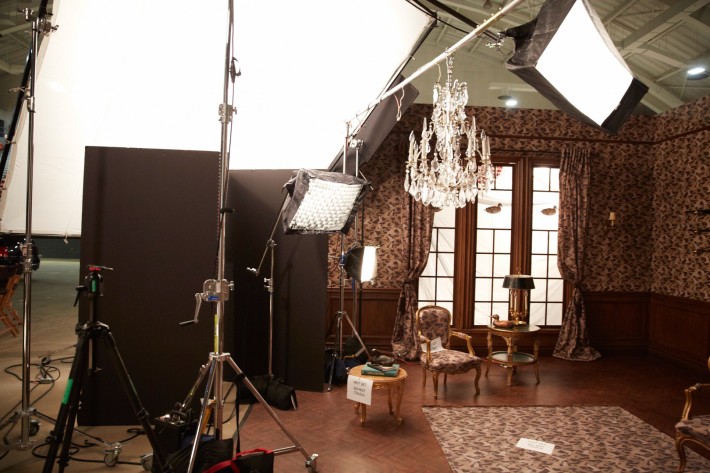 Images below courtesy of Art Streiber. 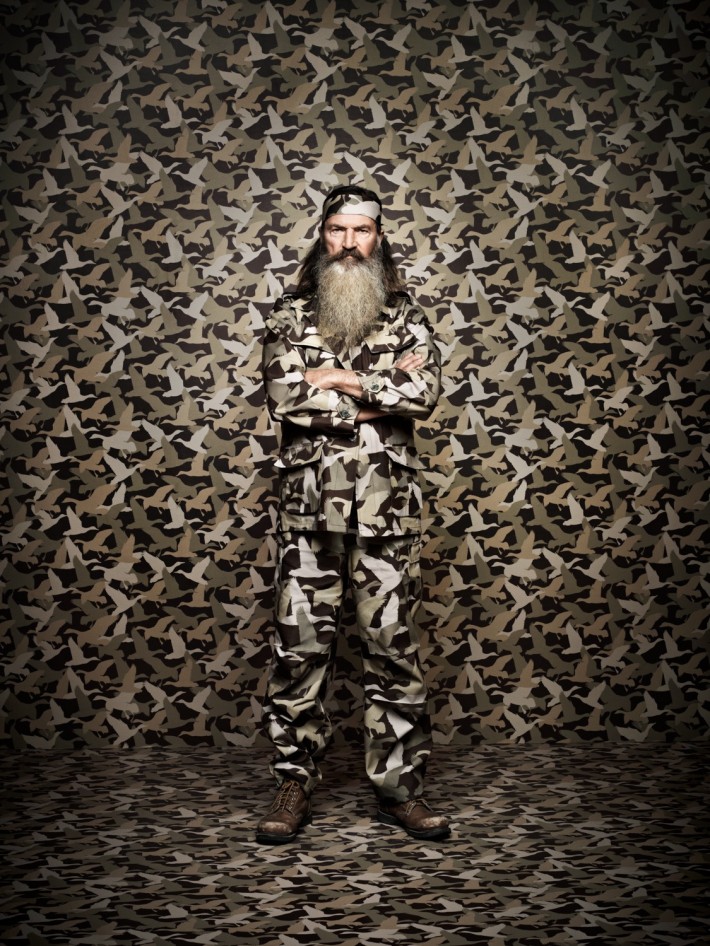 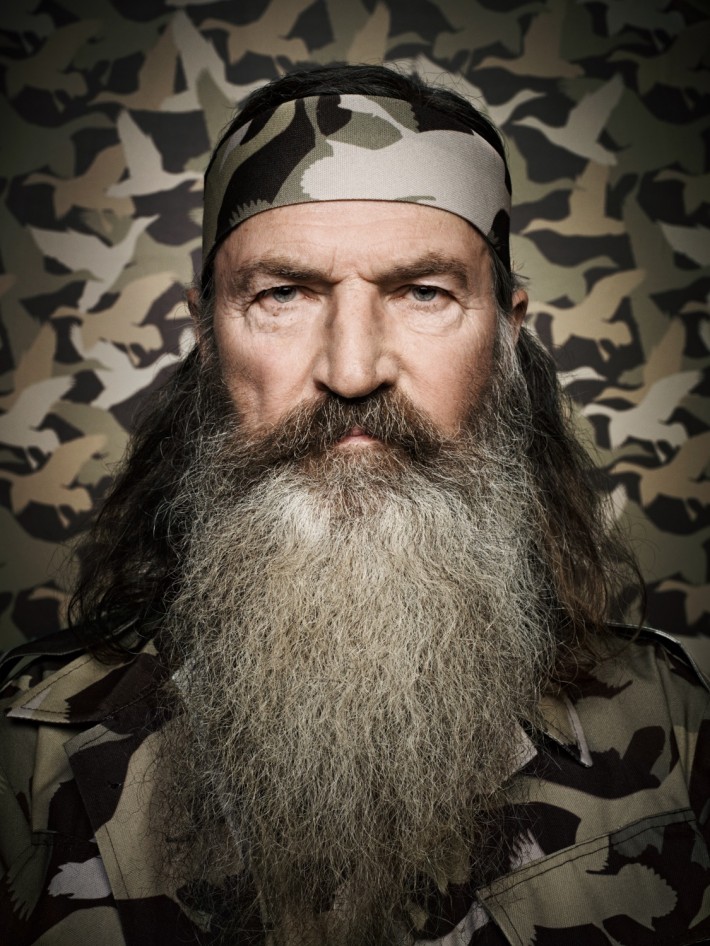 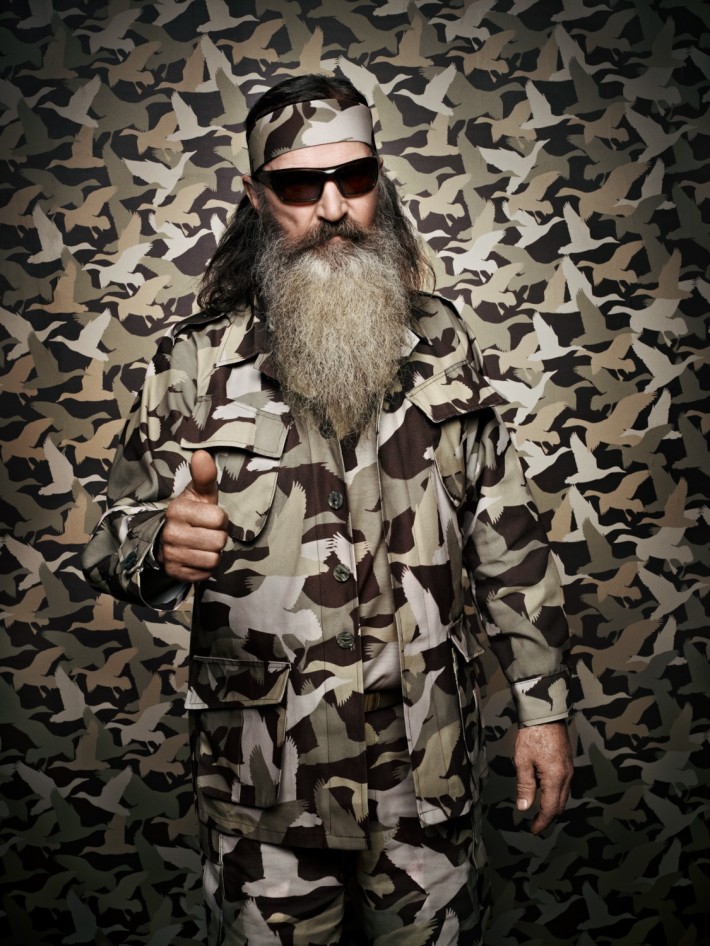 [Republished with permission from Stockland Martel]

This is great work. I'm from Monroe, and I'm friends with the Robertson family, but it's a shame that they had to fly-in so much of the set and wardrobe because Monroe hasn't capitalized on the film industry in Louisiana yet.

that's an awesome setup but shouldn't the cast be in the photos!

Shooting sets in an arena is genius for this kind of shoot. The sets are amazing as is the styling and concept. Nice job Art!