10 Crucial Values You Need to Know in Landscape Photography

Technical perfection, originality, environmentalism, story, aesthetics, and realism are all concepts or principles we as landscape photographers can value. What we value will define how we do our landscape photography and if those photos will ever be any good.

Values can be defined as broad preferences concerning appropriate courses of actions or outcomes. As such, values reflect a person's sense of right and wrong or what "ought" to be. This means, what the individual photographer values will affect his choices while photographing. Being aware of these values might either enlighten a direction for your photography, give it a purpose, or at the very least give you a tool to analyze your own or other people’s photos. After I have presented the values, I am interested in what you consider the most important value in landscape photography.

Many photographers put a lot of value into technical perfection or at the very least have, a lower threshold for what is acceptable concerning focus, sharpness, unwarranted blur, and the amount of noise. I think we can all agree a photo generally has to have the elements it wants to show in focus, the photo shouldn’t be blurry due to either a handheld camera or the wind shaking it, and the amount of noise shouldn’t distract the viewer. How sharp a photo is, just because you used f/22 instead of f/8 is usually of less importance.

Another value we see in landscape photography is originality. There are many ways you can achieve originality, but generally, it is about creating something, which no one has done before you. You do not necessarily have to find and photograph a new location that nobody has seen before, you can photograph it in a different way than other people have. Do different conditions influence the “originality” of the photo? Even if you go to a new location that nobody has seen or photographed before are you “just” following a compositional formula, which everyone else is using too?

Putting value into originality certainly has its flip side. What do we do when all the photos are taken? When a location has been photographed from all angles, perspectives, and in all kinds of weather? Will there be any value left in photographing places like Skogafoss or Mesa Arch? Originality does not equal good and uniqueness does not equal usefulness. But then again, if there is not some kind of originality to your photo, are you not just copying others then? 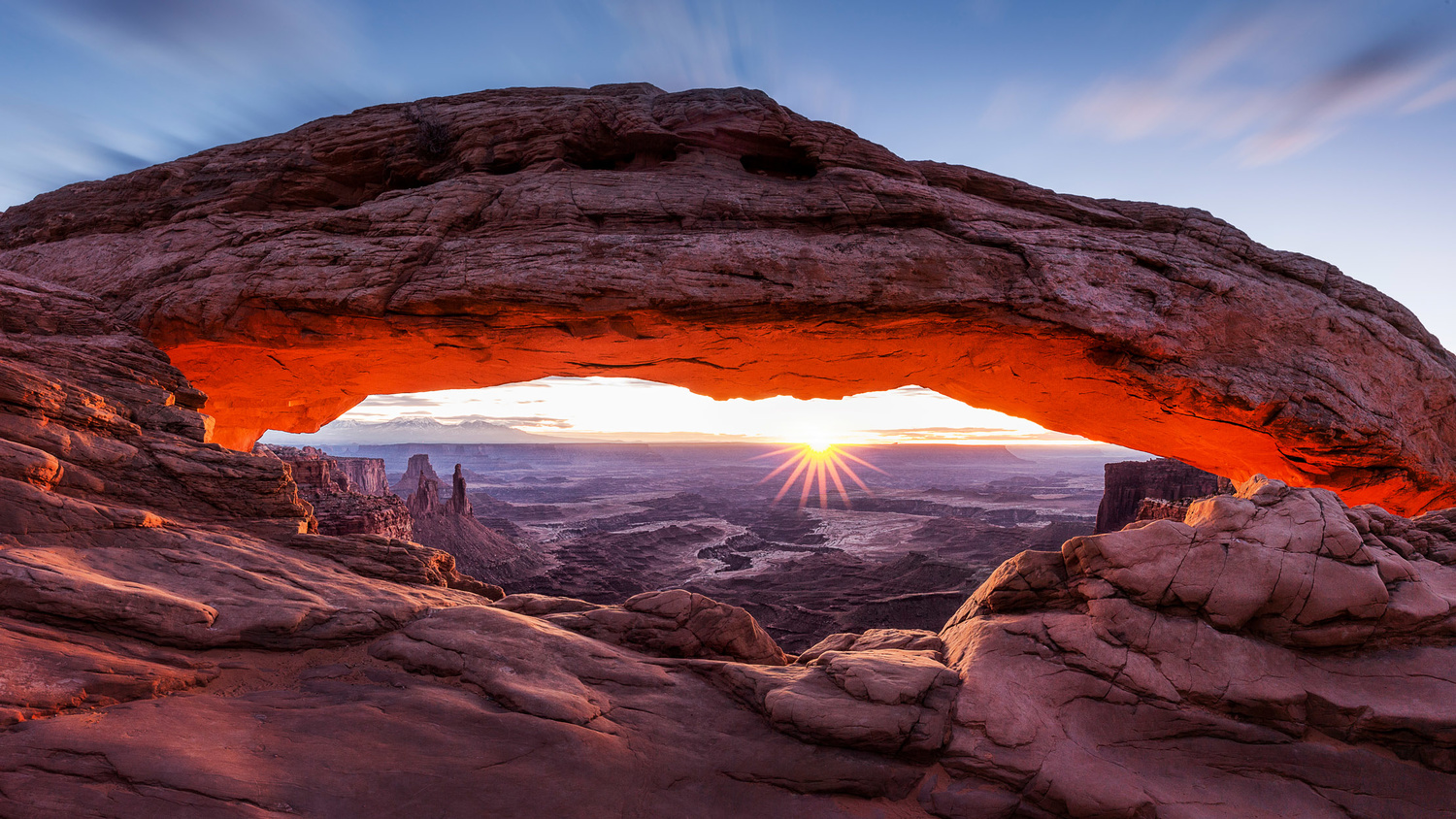 Another big value in landscape photography is capturing “that special moment”, which often includes some unique or rare weather conditions or special natural phenomena. It seems to require more to capture “that special moment” because many of those special moments are actually not that special. Anyone can photograph the northern lights, a sunset, or a lightning strike. You will most often need an extra factor in there for making it harder to achieve the special moment. It could be the northern lights dancing above or engulfing a mountain range, it could be an entire valley lit by the setting sun, clouds lining up with a tree, a double rainbow lining up with a road, or the golden light from a low sun perfectly hitting a waterfall in a valley. 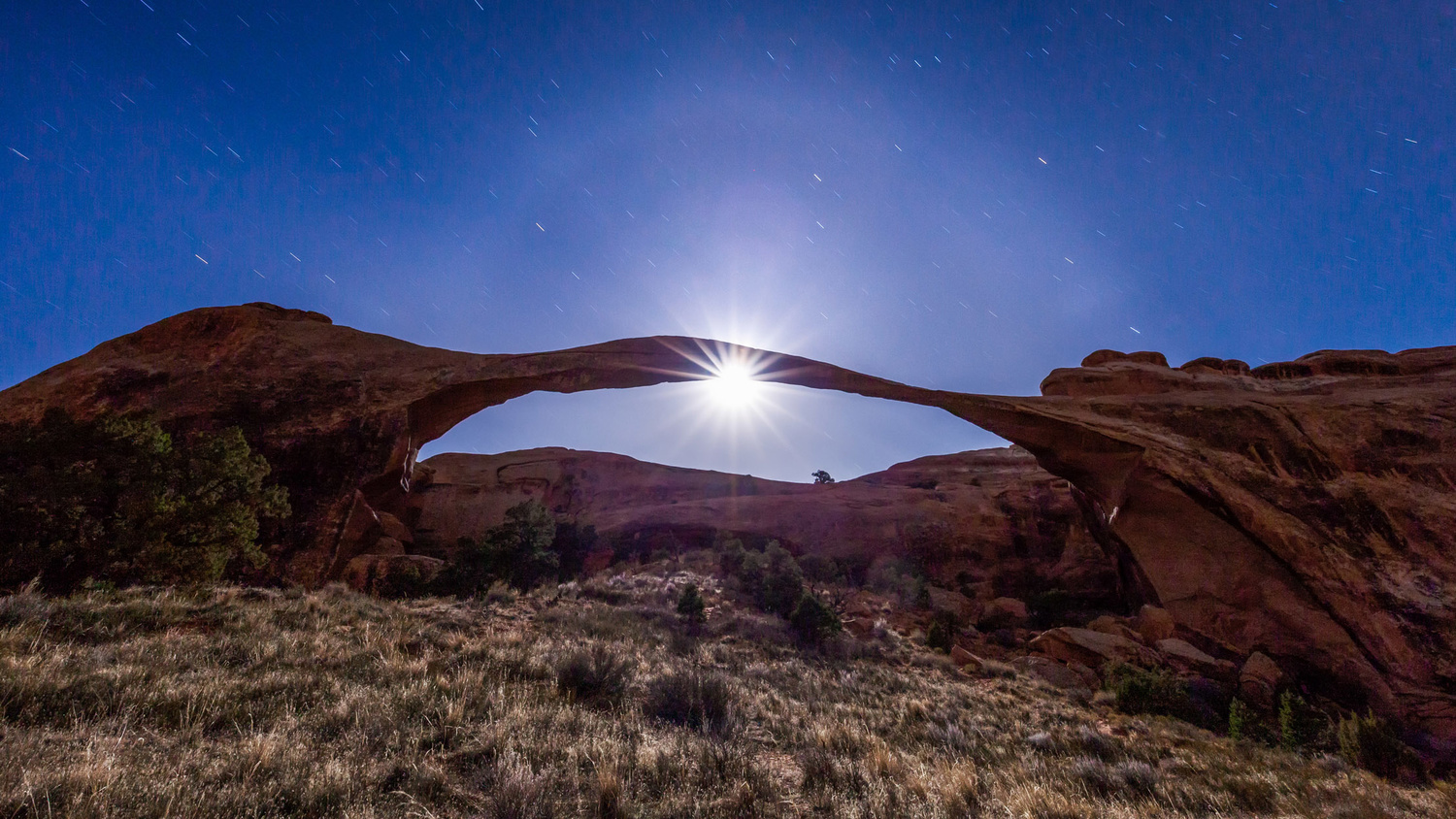 Some landscape photographers highly value what they show in their photos as “real”; that there is correlation between what they saw with their own eyes at the moment they got the photo and the final print. It, of course, comes with some problems. Defining what “real” is, is actually rather hard. Was it what the camera captured, or is it what you edited with the intention for showing what you saw? 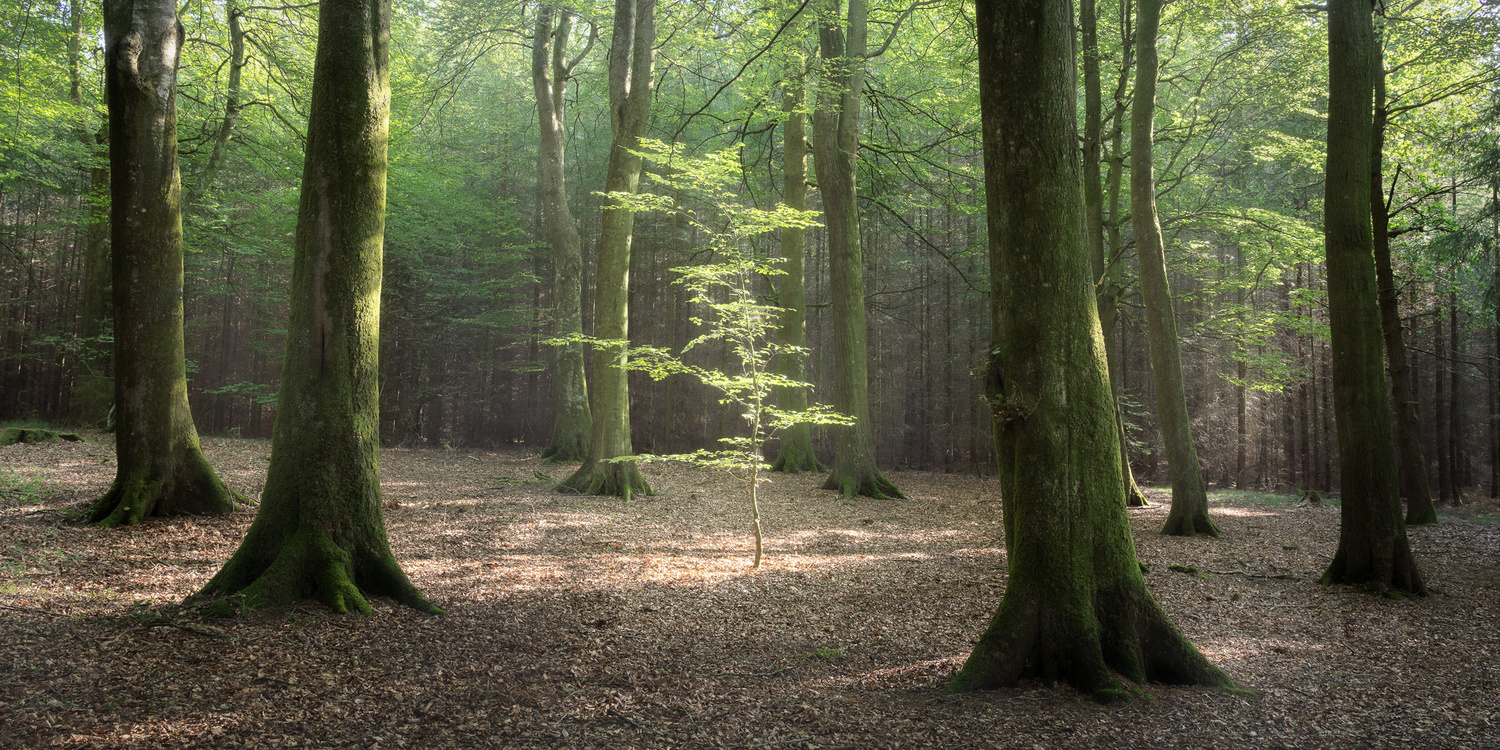 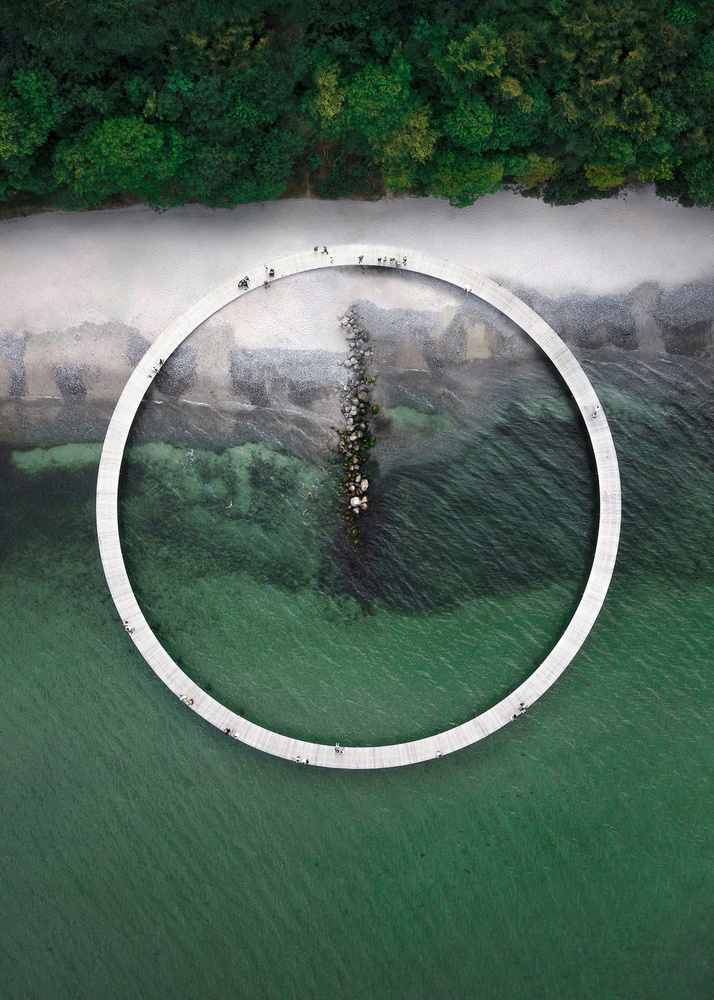 Beneficial light, composition, and color are three rather technical aspects of taking a photograph that is highly valued by most photographers. Strong composition and beneficial light and color improve the harmony and thereby the aesthetics of a photo making it more beautiful and pleasing to look at. Balance, symmetry, depth, and visual flow are all tools you can use to compose your photo. Strong composition and beneficial light and color also helps to convey a certain story, and emphasize what is important in the photo. However, some photographers definitely prefer the candid snapshot, with a strong feeling or story, where aesthetics are of less importance.

Expressing a feeling is also something many landscape photographers values. Making a landscape photo, which invokes a certain feeling in the viewer is an interesting kind of communication between the photographer and the viewer and can be more or less intentional. The photos can be anything from unidentifiable abstracts to highly detailed and complex landscapes. There is no limit on how the photographer chooses to convey a feeling, but the flip side to this is the photo might only speak to a small number of people. 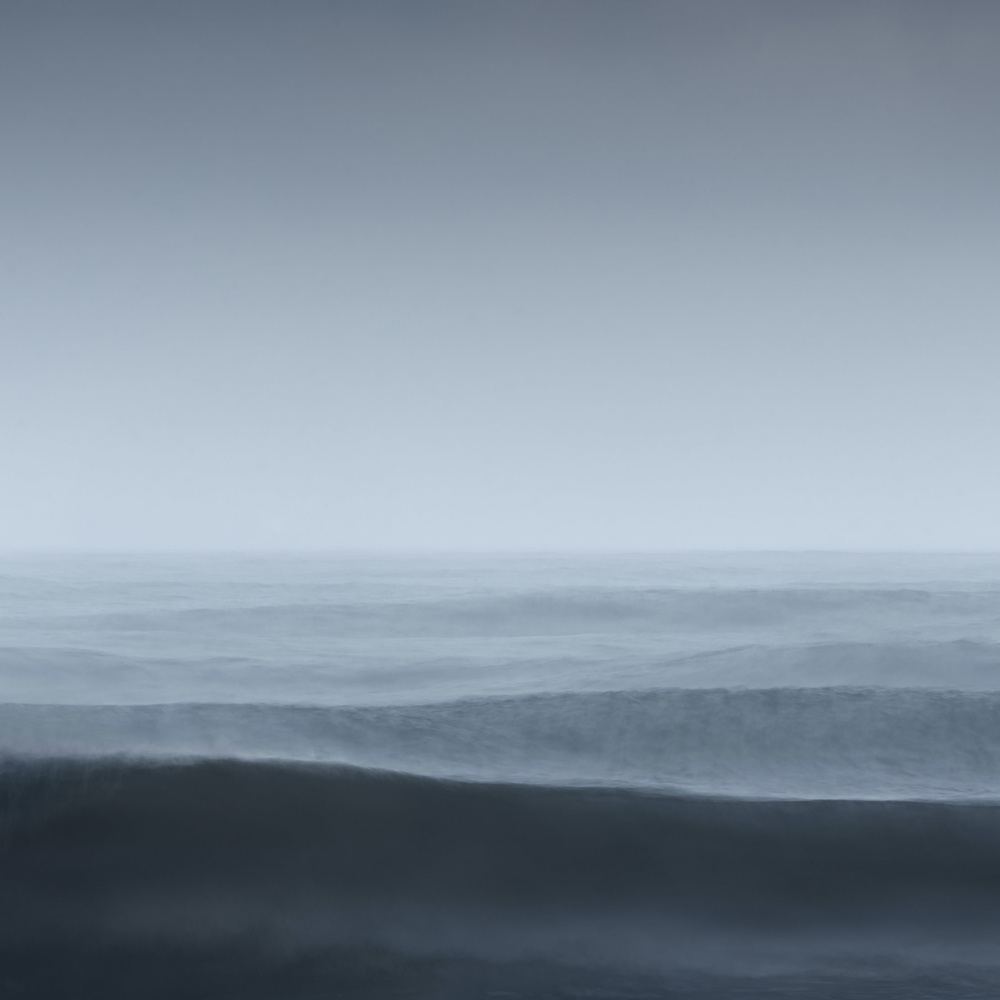 Many landscape photographers highly value that a photo is earned, meaning the photographer worked for it. If a photo is good because of the challenge it was to get it; any photo taken from space is by definition better than any photo taken from Earth. I think we can all agree that is not the case. However, what I think most people mean when saying a photo is earning is you put in an effort to get it. But how much effort?

If you were the first photographer to travel Iceland and get the iconic photo from Kirkjufell with the waterfalls in front, are your photos better than any who came after and got “optimal” conditions? If you worked “really hard” to get a certain composition and returned several times to fine-tune it, is your final photo better than the photographer who just put his tripod where your tripod was? Are my photos from Death Valley better than those who live closer to Death Valley just because I had to make a bigger effort to get there? I personally cannot see the difference based on the photos themselves how much effort was put into a photo. You felt you earned the photo rarely displays in the final print. 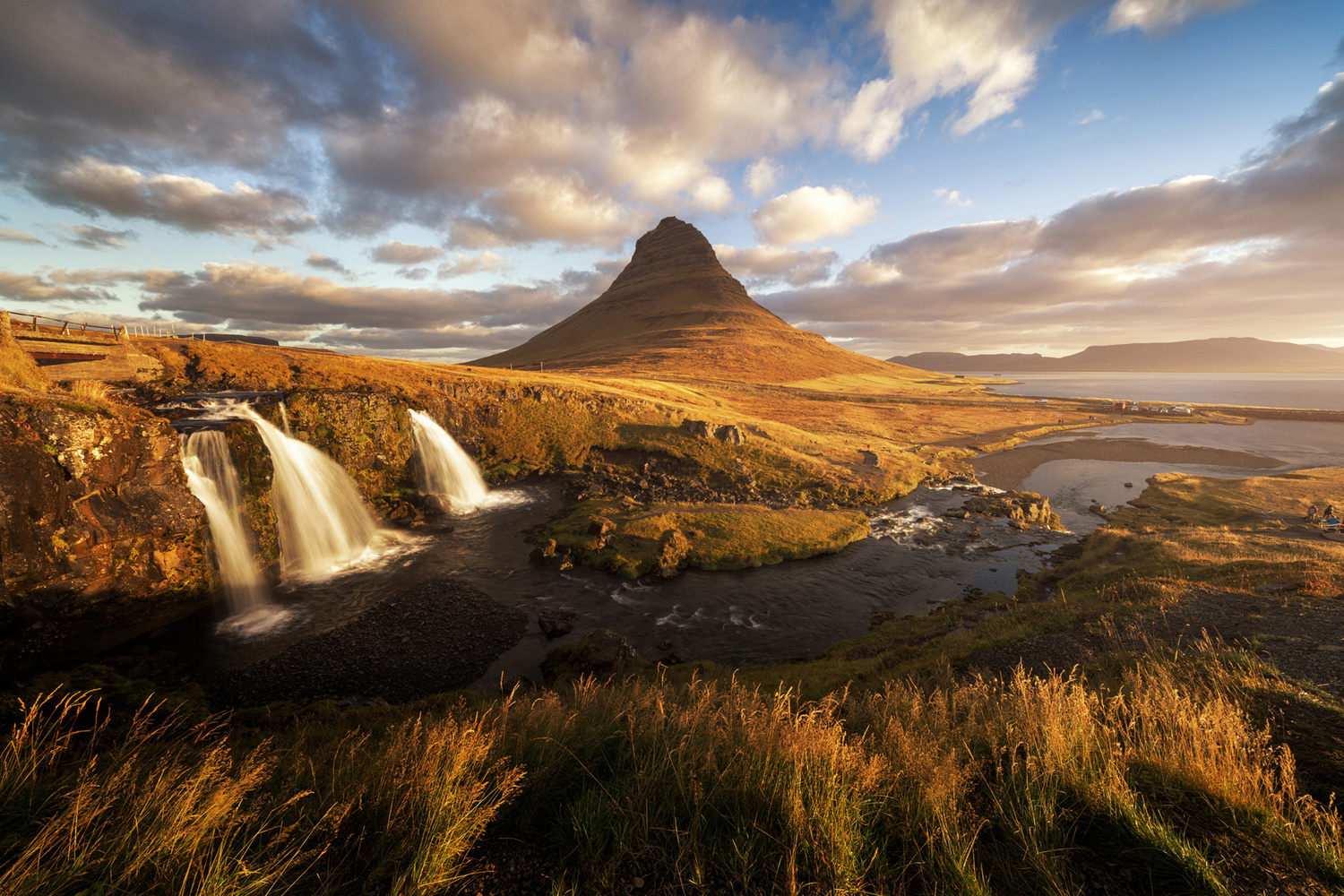 Environmentalism and conservationism seem to be a common value for landscape and nature photographers. Generally, I think we appreciate nature and do not want to see it ruined. The general idea is to show the beauty of nature and uniqueness of a special location on planet Earth with the message of taking care of it. However, with Instagram and tourism awareness about these special locations unavoidably makes people want to go there. Landscape photography with an emphasis on nature conservation can also show human impact on a given scene, whether for the good, bad or beneficial and can be used to document climate change as in the excellent documentary “Chasing Ice” from 2012. 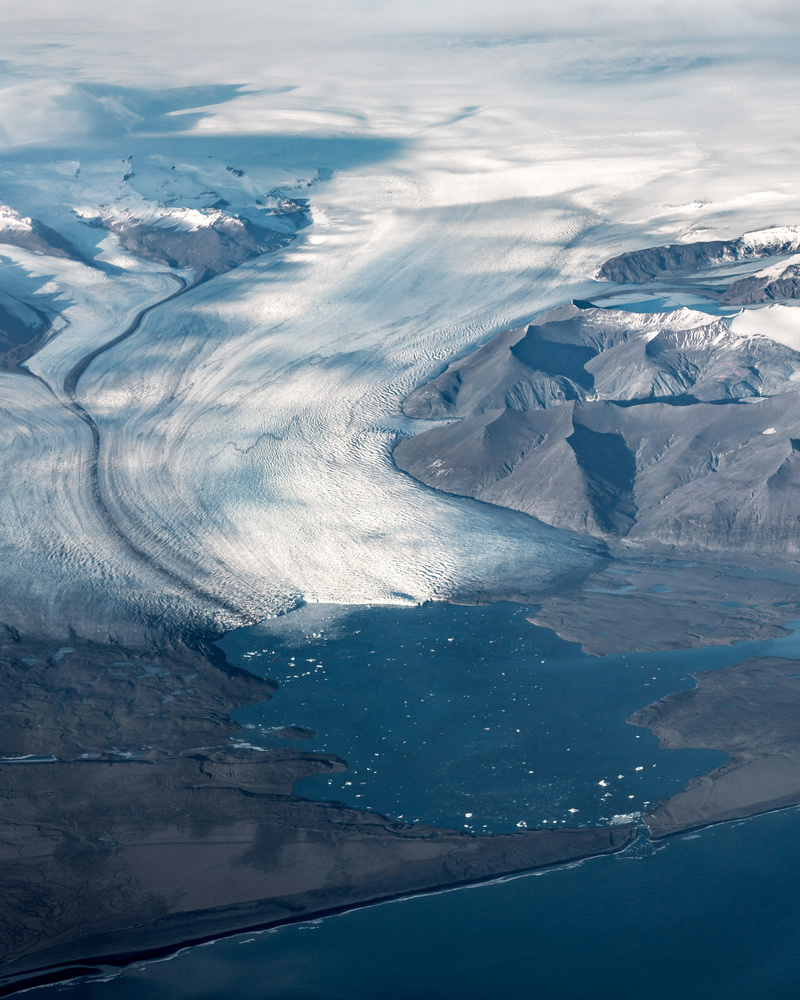 The last value in landscape photography I want to point out is “exploration”. Putting value into being the first at some specific location or doing, something as the first person has always been part of the human condition. Bigger, faster, and further is also a part of landscape photography. Going that mile longer, climbing those few meters higher, exploring places no one has seen before. This value often goes hand in hand with other values such as effort, originality, and environmentalism, but not necessarily. I would argue that putting value into this definitely has its downsides too.

We only have a finite amount of places to explore and at some point, there is nothing left. Will those photographic explorers become legends reminding us of a better time for landscape photography when there was still something left to explore? Will their photos be famous because it was the first photo of a certain waterfall or valley? I hardly think so. It is important to point out that exploration does not have to be in remote areas of our planet. It could be your local environment, which definitely has many benefits. 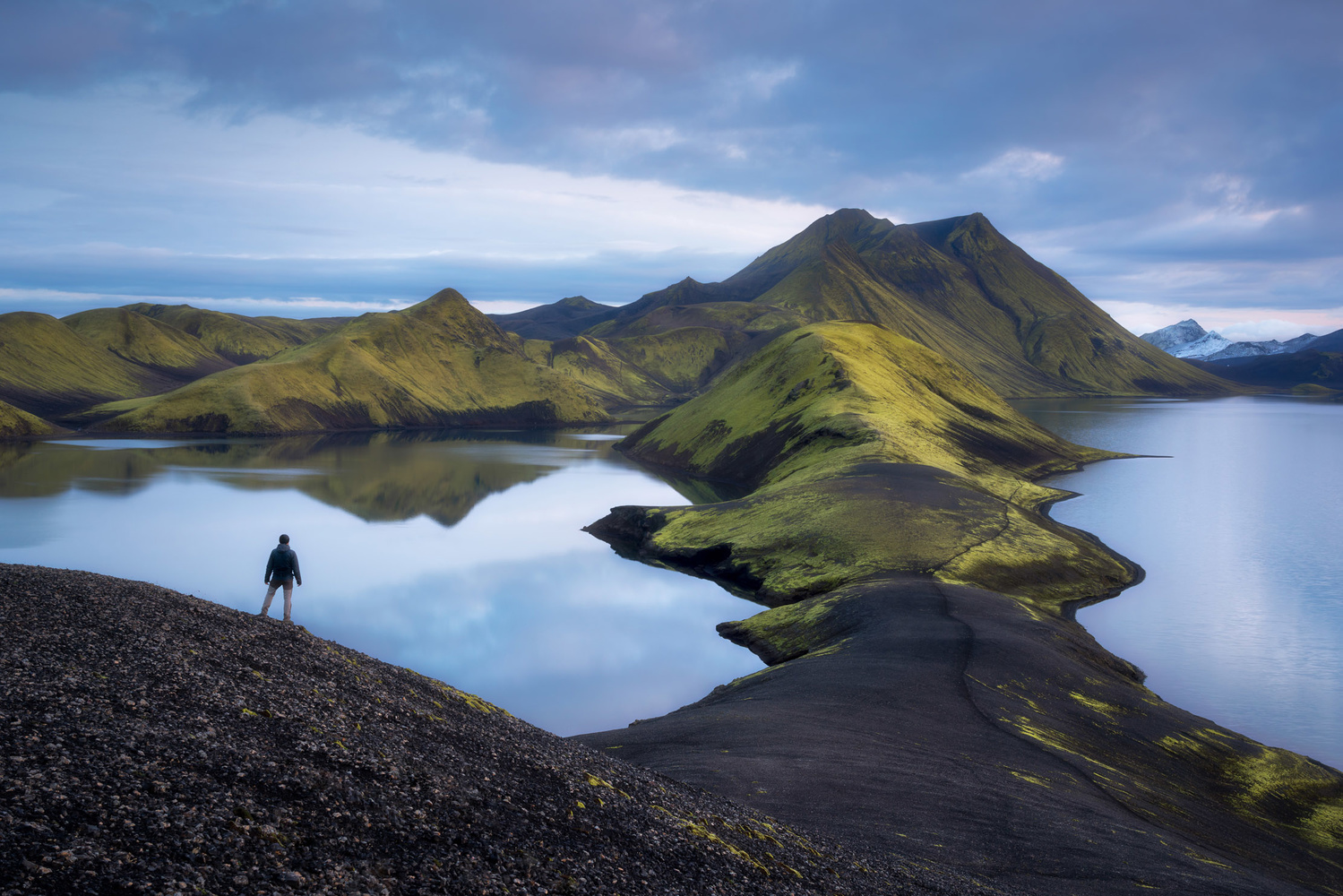 I would love to hear what you value in landscape photography down below and if you can point to other values than the ones, I have mentioned in this article. Be sure to check out the video above where I dig a little deeper into the different values.

Education / May 24, 2018
How to Actually Improve Your Photography

Nice to see an article that is not just a video with a small byline underneath but actually has written content. Excellent read!

If you specifically want original articles, you can sort them on the frontpage :)

Great points. All seem somewhat important, but to me, some combination of story, feeling and aesthetics would probably rank highest. thank you.

Excellent article; however, there is a little danger of hypocrisy and elitism in the interpretation of this list.

The hypocrisy is that landscape photography is steeped in good-intentioned environmentalism. Teddy Roosevelt killed a lot of animals before he decided to preserve the land, and many photographers make the excuse that they are there to educate the rest of us when in truth they just want to be there. “It should be saved except I am allowed to experience it.”

The elitism is that a picture is only good when earned. There is no doubt that the level of effort increases the chances of good results. It is also true that professional photographers can easily identify others that use craft in building their pictures. But this should not influence the emotional response. “It’s an Okay picture. Oh, he traveled the Amazon River for 25 miles to capture it, it’s fantastic.”

I know this is not entirely your point, but I offer these perspectives so that people don’t perverse the intent of your words. Photography is filled with people that think they must be on the edge of the cliff to get the “ more earned” shot or stitch 1000 shots to one up the guy that stitched 500. A more rewarding approach is the photographer that stitches 1000 shots to challenge or explore the possibilities of their art.

In hiking there are weekend peak baggers affixed to conquer the mountain faster than the last guy. I prefer to respect the mountain and explore the nature regardless if I reach the top or not.

I guess what I am saying is that honesty and love of the experience is what I would but on my list of values. Some of my best pictures where the ones not taken.

Thank you, Kent and great points - I delve a little deeper into the different values in the video, but I surely agree about the hypocricy and elitism. They are very present.

Such an interesting article Mads. I would choose "Aesthetics" the number one value. True to be said, the rest are inevitably connectad to each other and all combined they reach the sublime ;)

Yes, I think it is a lot of rings overlapping more or less.