12 Weeks of Christmas: 5 of the Most Immersive and Engaging Photography Podcasts

Podcasts are the latest hot broadcasting medium, so don't let those rapacious advertising executives (looking at you Google and Facebook) manhandle your listening habits with their grubby paws. No, here are 5 of the best photography podcasts to sink your metaphorical teeth in to!

Podcasts are hot property from an unlikely and slow start in 2005. Let's face it, sound has been well and truly trumped by the video star of a generation that grew up with MTV and YouTube. In the UK there are approximately 6M listeners each week, a figure that has doubled over the last five years, with the 15-24 age category seeing the sharpest rise.

The US continues to see (hear!) healthy rises, with Apple reporting 550,000 streams on iTunes (they started with 3000 in 2005!), a 10% year-on-year rise. Nearly half the population have listened to a podcast, with a third tuning in monthly. With advertising revenues topping $500M in 2018 it's no surprise to see a rush of productions appearing, however the indie origins and low technical barrier to entry means that there is a diverse range of streams available. Maybe this is just a reflection of a Netflix society that streams what it wants, when it wants it. Or rather, a Spotify absorbed populace that wants to be able to listen on the go.

However when it comes to the spoken word there is an even better reason to listen to audio rather than watch video. Educational commentator Donald Clark comments on this, however the short take away is the lower data bandwidth (compared to video), you can listen to audio whilst (for example) driving, you can speed up audio to save time, video can often distract whereas audio amplifies learning, and the rewind button allows an easy way to repeat a sentence to reinforce the message. In the first instance, audio is king when it comes to learning (but remember, nothing beats actual practice!).

Podcasts are thriving and — not surprisingly —  there are a whole host of high quality photography focused productions that are worth listening to. There is no easy way to pick from the latest and greatest podcasts so this week I threw the doors open to the podcasters themselves in a variation on the six degrees of separation. I began by selecting one of my favorite podcasters and them asked him to nominate three podcasters that he listens to. I picked one from his list and then contacted them and asked the same, until I got to five. 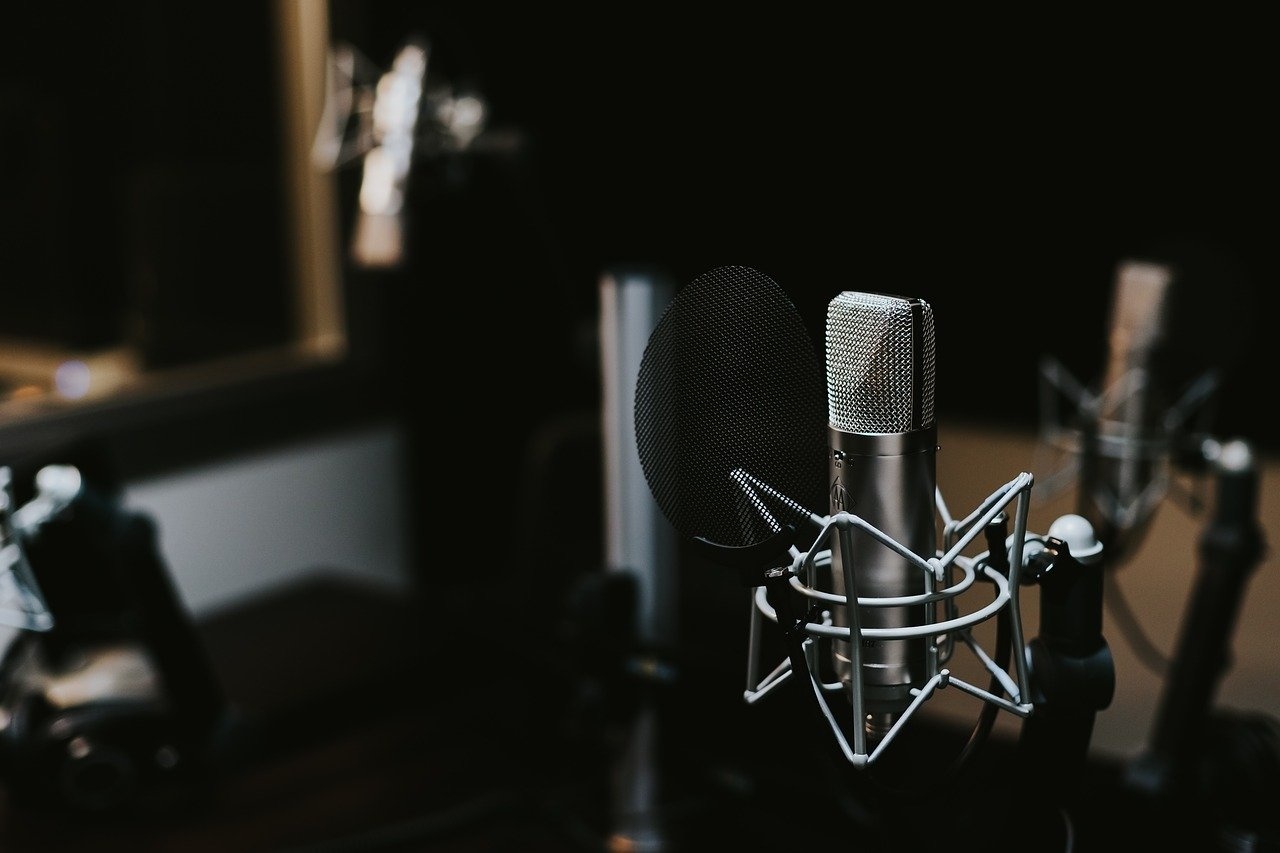 So, from the podcasters themselves, here are the five of the most immersive and engaging podcasts on the planet today!

Presented by Ibarionex Perello, The Candid Frame presents a weekly one hour show interviewing a photographer. Perello says that "though producing weekly audio is a lot of work, it’s much less time consuming than producing video." He began in 2005 when he realized he

[listeners] wanted to hear a podcast in which photographers were interviewed about process and career, rather than gear

Perello is closing in on 500 episodes so I asked him which was his favorite — that was a tough call so the answer had to be, "the next one!" Over the years he's interviewed many photographers, including Mary Ellen Mark, Dan Winters, Elliot Erwitt, Sam Abell, Douglas Kirkland, Ruddy Roye, Maggie Steber, Joel Meyerowitz, and William Albert Allard. He currently shoots Fuji and has a GFX 100. XT-3, and X100F.

Martin Bailey delivers his weekly hour-long podcast which he started also back in 2005. He notes that at the time there were only two other Podcasts in iTunes (Brooks Jensen’s LensWork and Chris Marquardt’s Tips from the Top Floor) and felt there was a a place in the market for his style of podcasting which covers "a mix of art, creativity and technical topics, interviews, gear reviews and travelogue style episodes." The show is hybrid offering Enhanced Podcasts allowing Bailey to embed images, along with the occasional video.

Bailey's podcasts are free to air and notes that there is an appreciation for the time and work that goes in to production which affords some support. There is some marketing spill over in to tours and workshops, so there is a sense of satisfaction in both podcasting and knowing that it helps enable life as a full time photographer. He is a lifelong Canon shooter and currently has an EOS R, although is enjoying a medium format Yashica D TLR at the moment!

I asked Bailey who the most famous person he has interviewed is, and in the spirit of the egalitarian nature of the internet and photography, he replied:

I don’t really know, and to be honest I don’t really care. I interview people occasionally purely because I find them interesting, and have never sought to interview anyone based on how famous they are.

Valerie Jardin began her podcasting on TWiP with Street Focus in 2014 before transitioning to her own brand in 2016 with Hit the Streets, a 2-weekly 45-minute stint on-air. Podcasting appealed because of its low (cost and gear) barrier to entry along with the ease of producing solo. Whilst free to air it remains "quite expensive to produce" and so Jardin is another example of someone who loves the the medium of podcasting, giving back to the worldwide community, and using it to broaden her brand. To date her favorite episode is Finding Robert Capa with Charlie Maguire.

In describing her show she says

my show is definitely more about inspiration from everyday photographers.

In terms of high profile, her guests have included Peter Turnley. She currently shoots with a Fujifilm X100F. Jardin nominated these three podcasts: 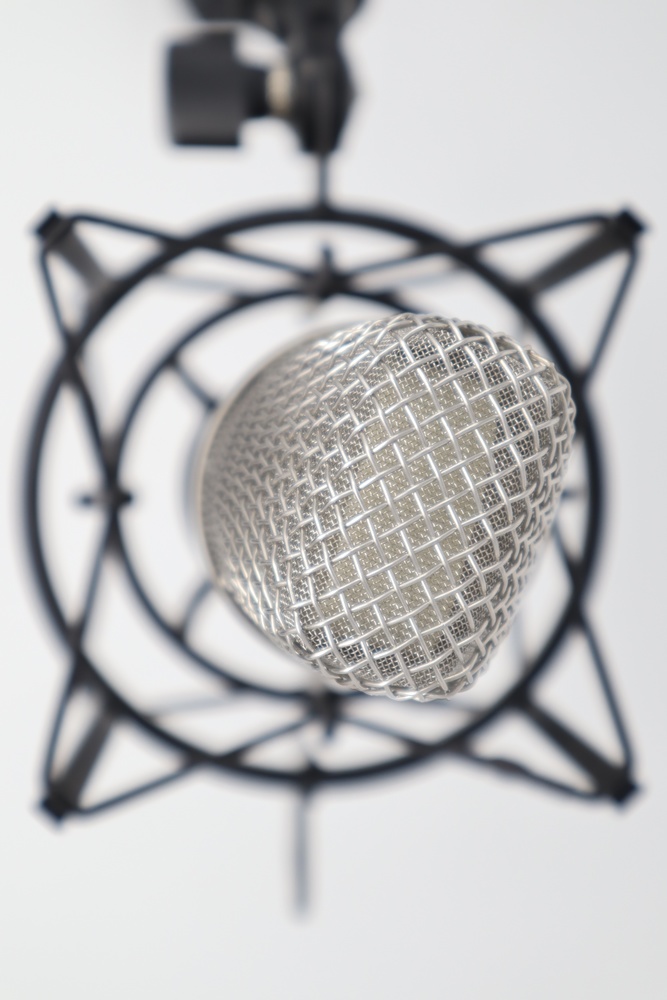 Photography Radio brands itself as the "number one podcast for inspiration, advice, news and eye-opening conversations." Founded by Tomash, and including Karen Hutton, Olaf Sztaba, and Take Kayo behind the microphone it features a diverse range of content delivered in more of a soundbite format (podcasts vary from 10 to 40 minutes, although generally at the shorter end) currently outputting 4 or 5 a week. They are the new kids on the block at only 4 weeks old — it really is fresh and exciting! When I asked Tomash why he chose podcasting, he replied

I find it extremely fascinating to discuss photography in a verbal way, without actually looking at photographs. I think it might be an enormous creative kick for your creativity and imagination

Like many in the photography press he is also egalitarian: "Podcast as a medium should always remain free. It’s our pleasure to share our passion, to inspire other photographers." In terms of the best content to date, then check out the interview with Michael Kenna, one of the most respected landscape photographers around at the moment. However Tomash is excited about the upcoming roster with some big names coming up, so make sure to add Photography Radio to your RSS feed and check back in with them. For the record, Tomash is a Fuji shooter (seems to be a theme here amongst podcasters!).

Last on our nomination trail of photography podcasts is LensWork, hosted by Brooks Jensen. He also started way back in 2004 and became a podcaster because he wanted to write a blog but wasn't a very good typist! Over the intervening years he has racked up over 1,200 podcasts (seriously!) with a enviable reputation for covering photography and the creative process. He deliberately doesn't focus on gear and so every one of these episodes remains current, relevant, and listenable. As a result, he doesn't have a favorite. The podcast itself doesn't do interviews, but he has interviewed over 500 photographers for LensWork (the magazine), including Jerry Uelsmann, Duane Michals, Michael Kenna, John Sexton, Huntington Witherill, David Hurn, David Plowden, Bill Jay, Clyde Butcher, Phil Borges, and Howard Schatz to new a few! Brooks is currently shooting with a Panasonic G9 and had this to say:

Best equipment I've ever used in 40+ years of photography. What a great time we live in to be a photographer!

Whilst we are at the end of our list of five podcasts, Brooks nominated these three:

It's been a mission — and an awful lot of listening — to get to the end of five podcasts, and what a fascinating journey it's been. If you do nothing else at the end of this, listening to one, just one, podcast. You might just be surprised at what you hear. If you have any recommendations drop them in the comments below. And one final honorable mention goes to Andrew Hellmich who hosts PhotoBiz Xposed — I irregularly drop in and listen to his show which is packed full of business tips for photographers!

Lead image a composite courtesy of Xavier Romero-Frias via Wikipedia, and mkweb2 and Clker-Free-Vector-Images via Pixabay, used under Creative Commons. Body image courtesy of Pexels via Pixabay and Frederick Tubiermont via Unsplash.

Thank you so much for featuring Photography Radio, Mike. It's an honour for us to be in such a great company.

Good day. This list is an awesome list of podcasts. I’m a photography podcaster as well, and while I’m not a big name I think I have a show worth listening to. Hopefully you’d all give it a listen. Thanks in advance.