What makes an image evolve from a great piece of art to a masterpiece? Is the value of an image defined by the ability to see every detail, or is it the intention and where those details are and aren't where the greatness truly begins and where light and mystery meet?

Coming from Jamie Windsor is an easy breakdown of a not-so-easy subject, the chiaroscuro technique with one of its masters highlighted: Michelangelo Merisi da Caravaggio (1571-1610) or simply, Caravaggio. The use of chiaroscuro goes back over 400 years to the end of the Renaissance and the emergence of the Baroque period with an emphasis on realization of the 2D palette into a more 3D realistic image.

Though Windsor gives a general understanding in the video of what chiaroscuro is, he shows several images that actually would be considered tenebrism, meaning murky and used for effects like dramatic lighting in a scene. Chiaroscuro is the effect of shading to render an image that is 2D into a more realistic 3D image, and therefore, the two techniques are different. Chiaroscuro will show shadow detail in a scene while images that show the style of tenebrism will have parts of the image rendered to black so the subjects stand out to the viewer in dramatic contrast. 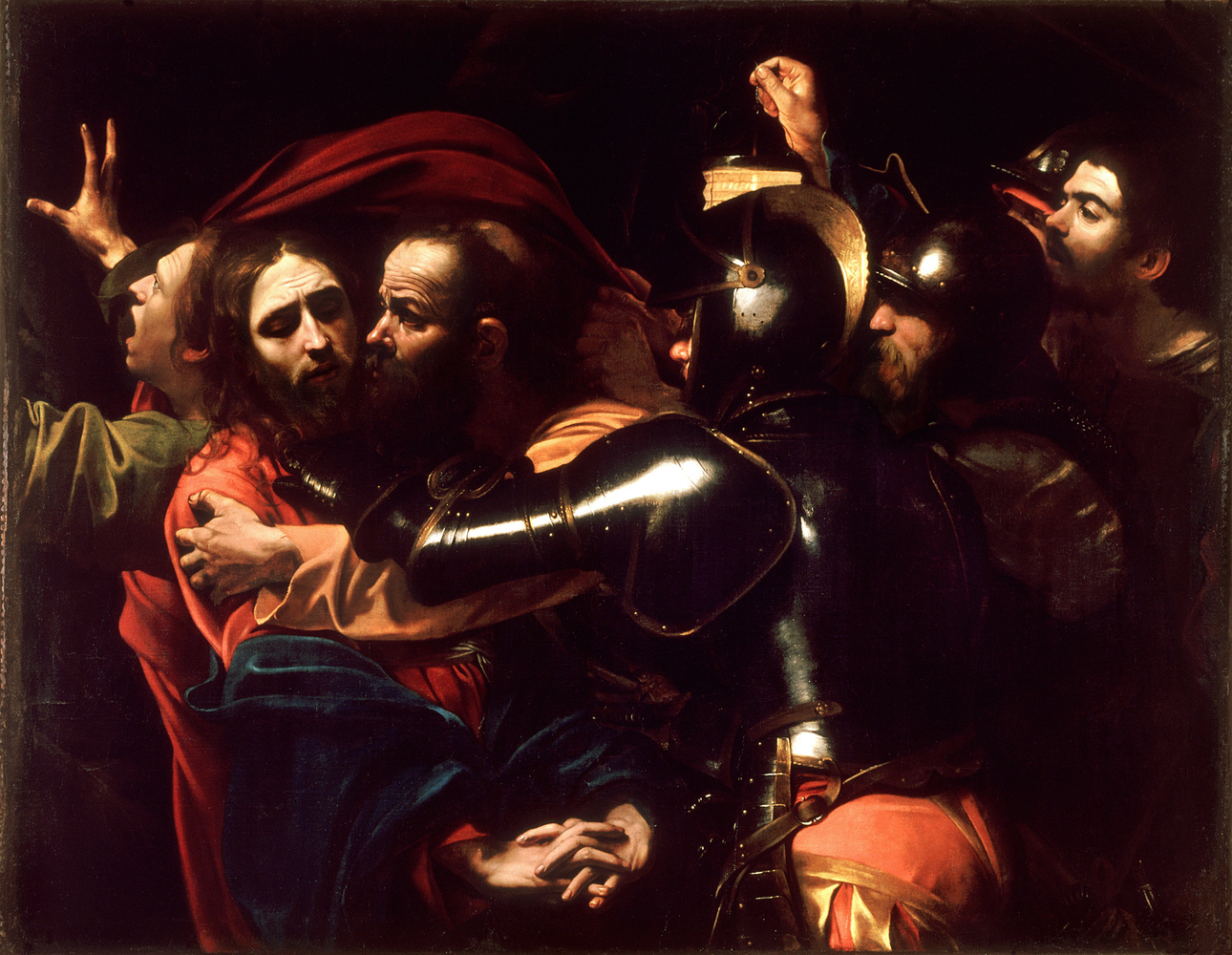 The Taking of Christ - Caravaggio (c.1602)
This work is in the public domain in its country of origin and other countries and areas where the copyright term is the author's life plus 100 years or less. PD-US-expired

So, how does this matter to dynamic range and our cameras today and why would it be a culprit in poor images? When post-processing with a heavy hand, you can inadvertently lose the emotional context or impact of an image. Many see that "saving the shadows" as part of a great camera, but if we didn’t see that image in that way in the first place, we may forget that the impact of the image is directly from the shadows around the subject matter.

One of the tropes that many new artists ignore is valuing what came before and learning the rules of portraiture, lighting, posing, and the use of the human form. The rules are made to be broken when they get in the way of the subject or story you’re wishing to portray. With light being our brush, it takes a level of restraint and understanding to value the shadows as much as the light.

If you enjoy Caravaggio, definitely check out David Edmonson’s work based on Caravaggio and the chiaroscuro technique.

Education / September 28, 2017
How Did You Become a Photographer?

Great cameras are giving us options. Being a bad photographer is a choice.

Exactly. No matter the DR of the camera, your eyes still saw more DR at that scene than the camera could capture. The details in those shadows was already there. The camera didn't add them. Accentuating or minimizing those details is a processing choice, just like any other slider.

It's worth noting though that your eyes only looked at one relatively small area of the scene at any given moment, unlike a camera.
'Everything in HDR' really is the new excuse to ignore light.

I may have mentioned this before, but a classic case I saw recently was the inside of a cathedral. The photographer brought up the dark interior to nearly the level of the sunlit stained glass. The quiet comtemplative nature of the location appeared to be lit up like a shopping mall. (and the photo was supposed to be 'good' HDR)

Life is full of deep shadows. Embrace them.

TLDR: sometimes you can leave completely black or white areas in your photo.

I recently got some subscription to a few world-renowned travel magazines. The first thing I noticed was the poor quality of paper and print. Then upon closer scrutiny, I realize all the feature photos were just a little too sharp and detailed, yet lacking in definitions! I lost interest in reading any of them as the photos were too distracting. It's really too bad that even major publishers are guilty of doing this. Thank you for pointing this phenomenon out, I thought I was being too critical and unforgiving.

there's no reason why a photo cant be flat and vibrant at the same time.

BTW, my preset is on sale for $19.95 until April 15th, then it goes back up to $24.95. here's your chance to invest your tax refund on something that will maximize the 14 stops of DR in your Sony a7 to make your Instagram posts stand out and damage some corneas.

I think there are a few things we need to unpack here.

1. Cameras with greater dynamic range give us more freedom to choose what we do. The camera itself is not at fault and just gives us options.

2. Since we are looking at this from an artistic point of view, there are many types of art and techniques. Chiaroscuro is one technique. It's not the only one. This is only briefly mentioned in the video. While I do agree there is a lot of merit to this, and I do find it appealing, I can also be open to other artistic impressions of the world around me.

3. Artistic tastes change. What is a favorite style of today, isn't the style tomorrow. Some of the photos that we may consider poor are really just not our taste.

I would love to know when Youtube influencers like this photographer decided that society wanted to listen to music while also trying to listen to them speaking. It kind of works for Casey Neistat but that does not mean it works for everyone and in every video, especially in a video where you're trying to teach something to someone. Professors do not play music while teaching their class and you shouldn't either. I had to turn the video off after only a minute.

Odd that I didn't notice it in this one. I have severe hearing loss and background music usually drives me nuts. It's extremely difficult to follow speach with background noise.

I learned something from this. My day is not wasted.

I agree. A camera is a tool to create your vision. Some people love heavily saturated and sharpened HDR grunge. I was once one of them, but, tastes change as styles do. I also think subject matter somewhat determines the look you wish to achieve in PP. Some people love creamy bokeh, others don't. Some photos call for dark and moody, some don't, again, dependent on the subject and the story you want to tell. Having the ability to control light through a camera's dynamic range gives us the ability to put our vision out there for others to see. Your vision may not be the same as someone else, but it is no less valid.

There's no such thing as controlling light in post.

I'd like to clarify that it's not that great cameras are helping us make bad photos, but the discourse around them is limiting the way we think about light. Detail throughout a whole image is not inherently bad, but it's not the only way to make an image.