Enhance Your Photography by Shooting With Intent

Vision has always been a worn-out term when talking about photography. But how far does vision actually go in your creative process?

Every photographer has his or her own vision. With every click of the shutter button, most of us at the very least have an end result that we are wishing to produce. In the split second between the closing of the shutter curtain and the image review (unless you're shooting film), there is that brief moment of both anticipation and worry that stems from the hope of taking or creating the perfect image that we have in our heads. As a photographer advances from basic camera use to more advanced and specialized shooting, this vision grows and allows the photographer to inject more creativity into the photographs. But what differentiates your artistic vision from intent?

Vision is the idea. It is the mental picture that we aim to magically transfer onto the camera's screen after we press the almighty shutter button. It may be a replication of a photograph that we previously saw, a unique rendition of the subject created by our imagination, or maybe a bit of both. The true challenge of the creative process is how to turn that idea into an image that not only we can see.

Intent, on the other hand, is what bridges our vision and our final image. For some people, this can be as simple as the pressing of the shutter button. But for photographers that use their cameras to create art, intent begins at home when they pack their bags. 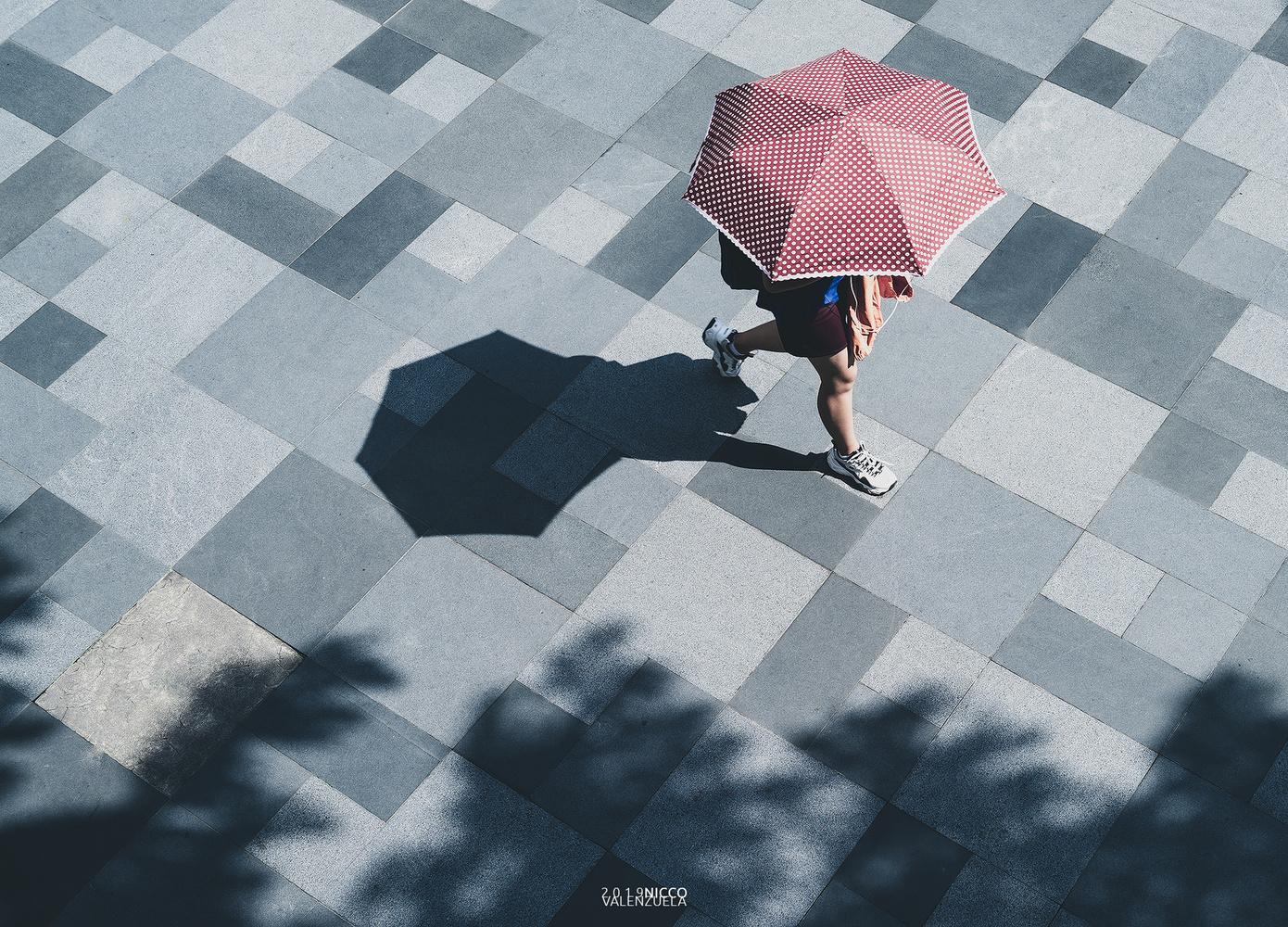 Intent and Depth of Field 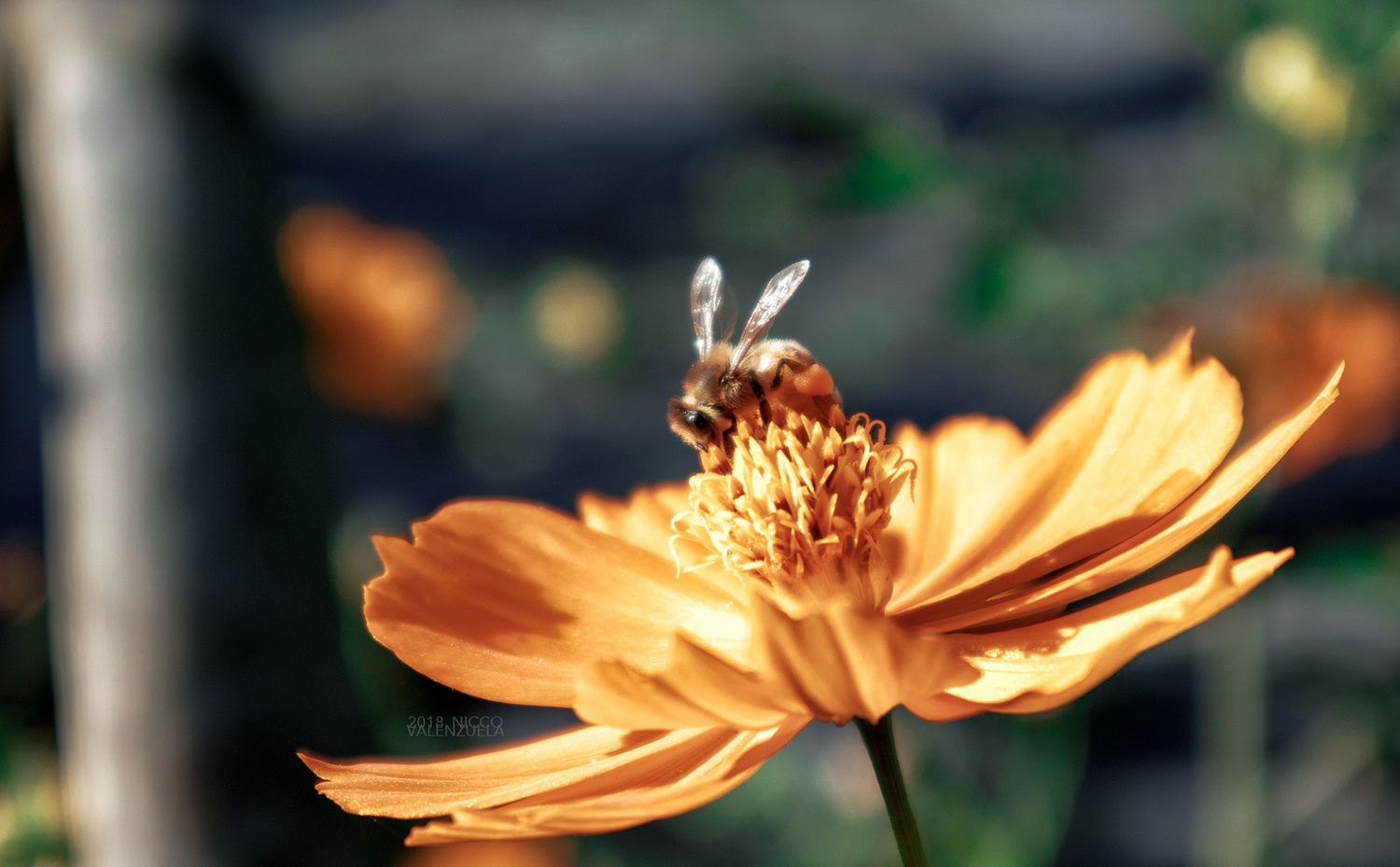 There's a reason why lenses that can make backgrounds blurry have always been popular. Of course, many photographers obsess over this to the point that they sometimes overdo it, but there's an underlying reason why bokeh is an effective tool for visual design and that is what we call "isolation". Blurring the background gives the photographer the ability to highlight the subject more and literally isolate it from all the other details that may not be part of what the photographer aims to show. On the other hand, using smaller apertures to have a  larger depth of field allows the photographer to use the entire environment to complement the main subject. In this sense, composition may be more tricky but absolutely more rewarding. 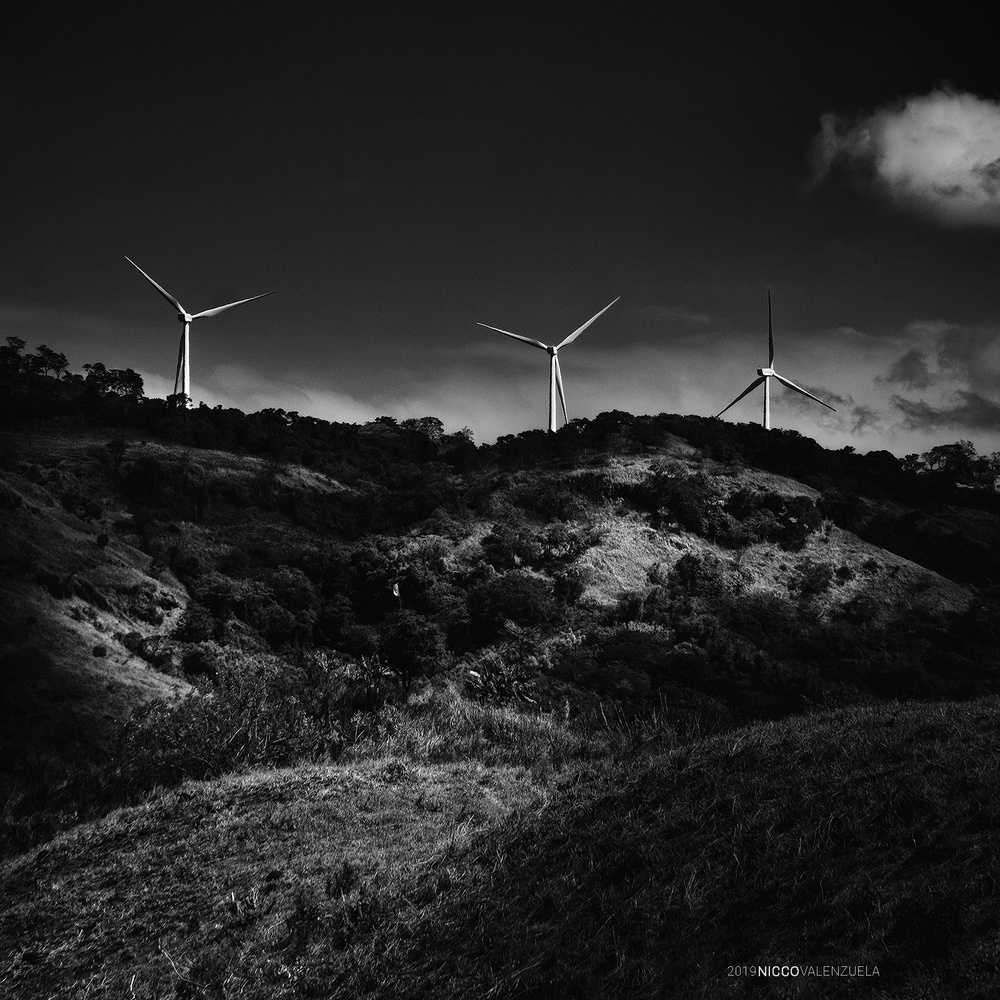 Exposed this scene for the highlights to emphasize texture and patch lighting in the location. Rendered in black and white to back it up.

There is no such thing as a single proper exposure for an image. Two photos with a difference of a few stops can both be acceptable in terms of how they show the scene. However, using exposure as a way make the photo more attractive is an effective way of bringing out what's best in a certain scene. Relatively brighter exposures generally attract the eyes. With the abundance of light often comes the abundance of color and that is why brighter (but not blown out) exposures can be beneficial in the initial impact that a photograph makes. Relatively darker exposures however, bring out and basically emphasize certain textures present in the frame. This aspect can also aid in conveying a certain mood in the photo. 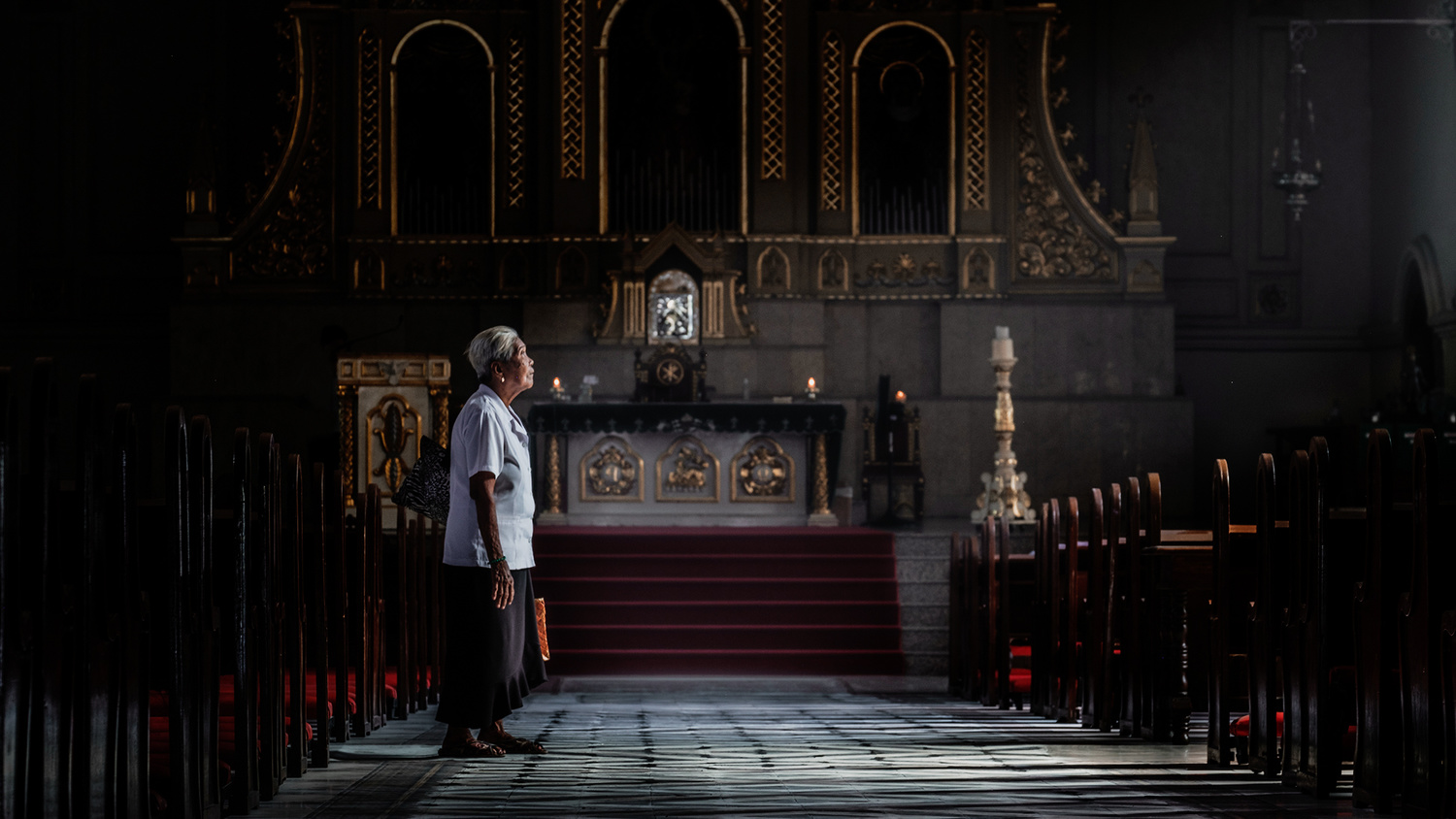 Capturing a moment is an epitome of shooting with intent. From knowing that a certain moment will occur, to anticipating when, how, and where it will happen is almost always never done without intention. The rare instances in which that happens are all due to luck. Proper timing and intending to capture a certain moment is basically the foundation of documentary photography. Ranging from simple day-to-day scenes captured in a unique way, to shooting sports, intent and anticipation allows for compelling visual story telling. Predicting certain interactions of people and capturing emotion through their gestures or facial expression gives more spice to the story that the photograph tells.

Choosing what camera, lenses, and accessories to bring is part and parcel of shooting with intent. Well, provided of course that you have certain pieces of gear to choose from, of course.  Cameras and lenses vary not just in specifications but basically in how they render the images we take. For example, choosing to photograph a certain scene with a telephoto lens results in compression of a more distant scene into the frame. While using wide angle lenses generally emphasize spaces and patterns. The use of filters for outdoor scenes allow photographers to extend exposures not to simply extend the exposure time but to actually use that as a way of rendering certain effects onto the image. In capturing moving objects using shutter speed or exposure time with intent allows you to either freeze the frame or allow it to render certain textures that can help strengthen the visual design. 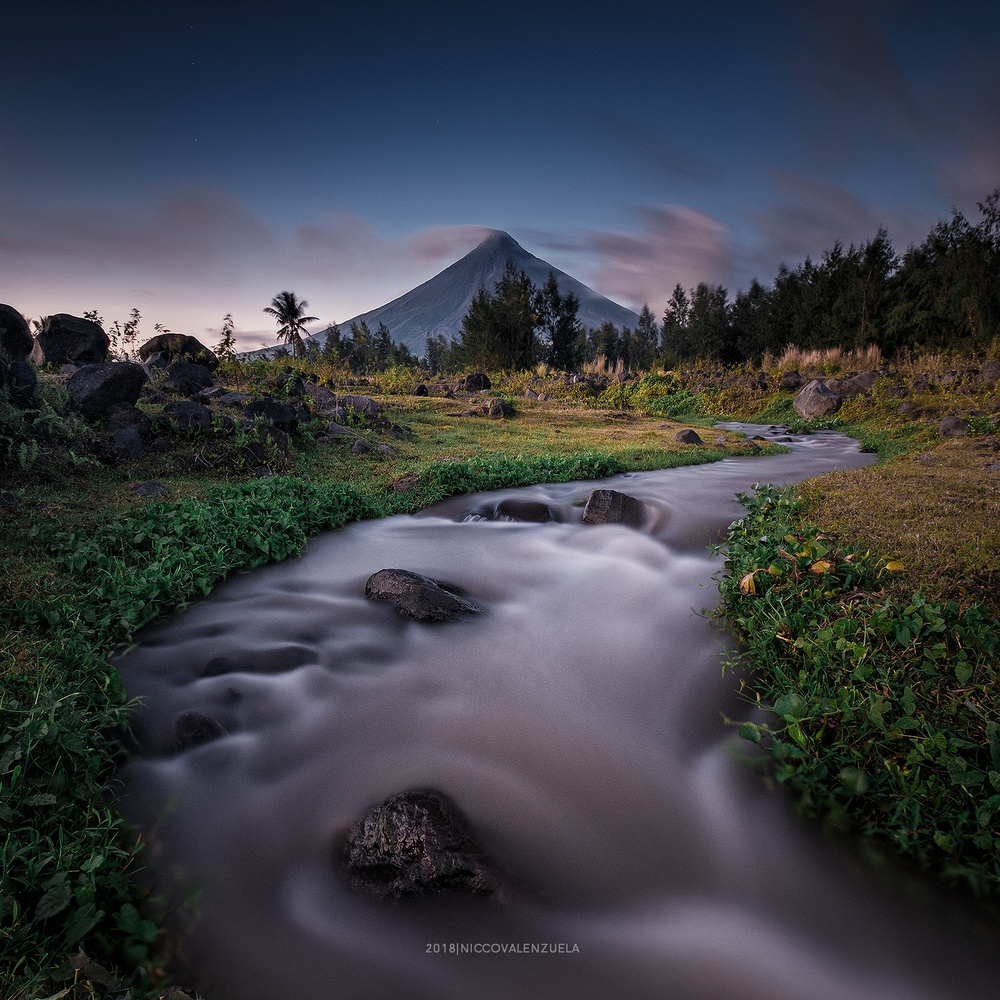 I used an ND filter even at twilight to extend my exposure to a minute and smoothen the texture of the water to give it distiction from the rough foliage.

Shooting with intent has many expected benefits. For one, taking more time to plan out shots before blindly taking them leads to less junk photos that take up storage space. That also means that your cameras shutter lives more days (if shutter life is actually still a thing). But ultimately, shooting with intent, especially when you've had a lot of practice, can give you more confidence to take on more complicated projects. If you're a hobbyist who wants to start shooting professionally, both intent and practice will fuel your progress.

As far as I'm concerned...there's only one way to shoot a photo......with INTENT.

Another article that basic common sense can muster. Photos are acceptable but not even worth the wow. Most of the basics of the article are rip off from Guy Tal and other photographers words. This writer is a phony.