Five Ways to Use Umbrellas for Lighting Photos

Many photographers quickly move on from umbrellas, because they can seem very hard to control and a bit unwieldy. However, umbrellas can be surprisingly versatile, and this great video will show you five ways to use them in your photos.

Coming to you from Miguel Quiles, this helpful video will show you five ways he uses umbrellas to light his photos. Umbrellas are by far some of the cheapest lighting modifiers, so cheap that you can likely pick up both a silver and white model to experiment. They're the modifier most photographers start out with, though many eventually leave them behind. Nonetheless, a lot of top-level photographers use them, particularly the very large versions (sometimes with a diffusion cloth), sometimes in tandem with other modifiers as well. As you'll see, you can use them for a variety of purposes that create quite the range of looks. Pay particular attention to Quiles talking about the different types of umbrellas and material at the beginning of the video, as these choices can have a large effect on the outcome of your images and how easy the umbrellas are to work with on set. Check out the video above for the full rundown. 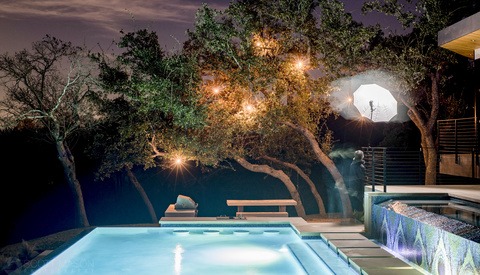 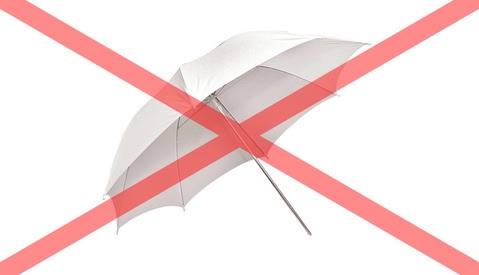 Lighting / April 22, 2016
Why I Don't Use Umbrellas as Photography Light Modifiers 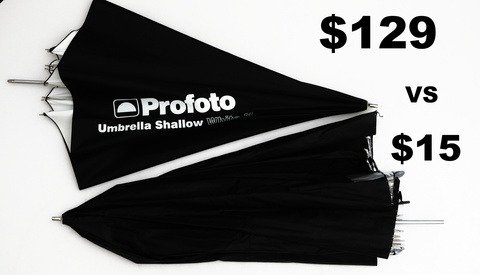 Gear / April 15, 2021
The Only Difference Between Cheap and Expensive Umbrellas 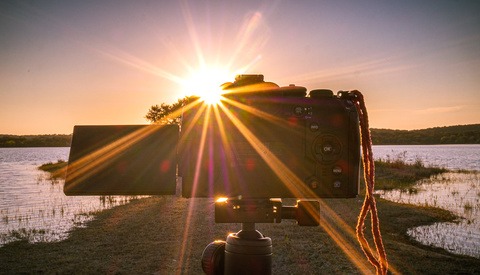 "...Umbrellas are some of the most affordable light shaping tools..." and we see two Profoto umbrellas each costs around $100 USD (or more). Lol

Profoto advertising :-). This article is tagged as education, it should be under advertising.

Just because he uses Profoto doesn’t mean you have to.

You see those 2 umbrellas because those are the ones I own and use. All of the information I shared in the video is universal across most umbrellas from all brands. Feel free to use whichever ones you like/own and follow along with the setups for the educational part. ;)

Fair enough. However, calling it affordable is tad funny. I usually like your vids, however, this looks like a Profoto ad :-). It's just my observation.

Maybe you missed it, but I was speaking about umbrellas in general. Had I said "Profoto umbrellas are some of the most affordable" then your original comment would be more accurate. Maybe re-watch it and you'll see a bit more of what I was trying to teach and less of an advert. 😁✌️

Affordable is an arguable term. What you can afford may be different than what someone else thinks is affordable. Plus does the word affordable even ever apply to photography equipment? Personally I use the Profoto umbrellas and think they're affordable and excellent quality. With photo equipment you get what you pay for. I think this video is very informative and a great source of education for all photographers alike. Great Job Miguel! Motti, If you ain't got something good to say, don't say it.

Good video, if all you got out of it was that you wouldn't pay $100 for an umbrella, I think you kinda missed the point. Anyway both a Ford focus and a Lamborghini will get you from point a to point b, just because someone chooses the Lamborghini, the destination remains the same.

Thank you and we'll said!

The Ford Focus and Lamborghini may both get you from point a to point b but you'll get there a lot faster in the Focus since you'll want to go slow enough in the Lamborghini for everyone to see you driving it! :-D

What is the name of or where can one buy these large white reflectors as seen at 5:43?

They are called V-flats. You can pick them up here> https://bhpho.to/2FebyNj

Thanks for an informative and well produced video. I appreciate your precise explanations of the various lighting effects you achieved. Also, I'd never considered using an umbrella as backlight source...only tried that with a softbox.
Nice photos too, thanks.

I love your work, but I cringed so hard with the gel placement lol

Cool. Useful when you have to shoot in pretty tight environment. In my experience umbrellas are only become "manageable" in bigger studios.

Also I find that the distance between umbrella and strobe is very important. Even if the umbrella is big, yet the strobe is too close to umbrella inside - you will still get harsh light the same as you use a small umbrella. The bigger the spread that bounces - the softer the light. Another words - push the stick further - and shadows would be much smoother on the first image (that looks like you shot it with beauty dish all the same right now, so not much use in big umbrella and diffuser).
Its the same with softboxes, if the light protrudes(is it right english word?) inside too much - even if you use softbox - it will be harsh all the same.

Maybe its just me, but in such tight space - it practically does not matter if you use softbox or umbrellas (the catchlight will differ in some situations though), or even tungsten light diffused by tracing paper :)