Four of the Biggest Photography Rip-Offs to Avoid

Unfortunately, photography is an expensive passion, but what do you really need to spend your money on? In this video, Marc Newton looks at four of the biggest photography rip-offs you should avoid at all costs, and he doesn't hold back.

There are some things in photography that you will need to spend money on, such as bodies and lenses. There's no getting around that, and the higher you go in quality, the more you'll have to pay. But by and large, you tend to get what you pay for. However, there are other parts of the photography industry that are much more open to debate regarding their use, efficacy, and value. In this outspoken video, The School of Photography's Marc Newton runs through four of them:

One thing I like about Newton's approach, regardless of whether I agree with him or not, is that he looks at the problem and explains why it exists, but also offers his own views on how to solve the issue or avoid it in the first place.

What do you think? Firstly, let me know about the four rip-offs listed here and also about any other rip-offs in the photography industry that people should avoid. I'd love to hear your thoughts in the comments below.

Posted In:
Education
Lightroom
Opinion
via:
The School of Photography
31 Comments 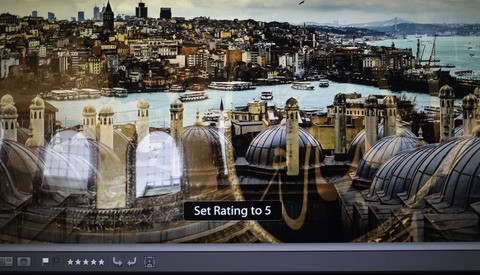 Education / December 23, 2019
Does This Bias Stop You From Being a Better Photographer? 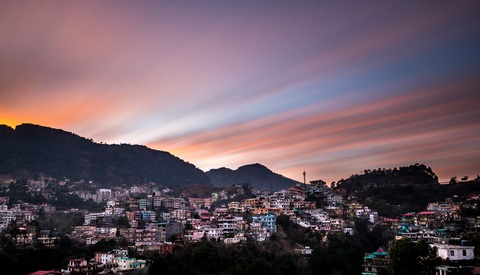 "...90 percent off: it was overpriced in the first place or it's a blatantly crap product that isn't selling."

fstoppers are guilty of that

I don't know about all of them, but I think the one that happened recently was a fundraiser for a charity.

I'm currently studying photography at City College of San Francisco. It's inexpensive and gives me access to a darkroom, a studio with strobes, large format view cameras, technical cameras, medium format digital cameras (Phase One XF), and a Canon Pro-4000 printer (only charged for the cost of paper and ink). This is in addition to excellent instruction. You think this is a waste of time?

Sorry, you did say potentially. I'm a bit sensitive about this because virtually no one talks about taking photography classes at a college in positive terms. People I know take weekend seminars on photography that cost roughly the same as I pay for two classes that last for four months. At least in California, two year public colleges are an incredible bargain. The only down side, if you want to call it that, is having to make a major time commitment.

I took Photography in college and nowhere else would I have had access to all kinds of gear, printers, print shops, professional studios, all with professionals right there by my side. Then, after I completed my program, I had that department, and all of my old instructors, there to support me afterwards. I can still to this day, or until the program doesn't exist anymore (and considering it's been running since 1968 I'm pretty sure it's going to be around for a while) pop in for a favour or mentor-ship. I was also able to learn all aspects of photography disciplines and lighting techniques to make me a more rounded photographer. What I learned, and experienced, over the two year program would have taken me 10 doing it myself. The debt is worth it if you have the conviction to follow through.

yes I agree that if you're absolutely certain that you want to pursue a career in photography or the arts then formal education (from a reputable institution whether 2 year or 4 year etc) is absolutely worth it. Same goes for any career really.

Yes. You definitely have to think it through and be pretty certain it's what you want to do. I've seen so many first year students drop out because they thought it was going to be easy, and all fun and games. I had a wedding photographer, selling me a speedlight, laugh and mock me for wasting my time and money taking photography. The thing is...all he can do is weddings. Not that that's a bad thing. ;)

Nice job. I totally agree with the FB ads. I tried it a couple of times and saw similar results. All of my work was from word of mouth, or just posting on my page. I disagree on the last one. There are no letters you can put after your name that mean anything to me. Schools hand out PHD's to celebs, rich people or just about anyone they think will give them money. Titles of any kind mean very little now days.

FB ads works wonders for me.

I'm glad. They make a lot of money, so I hope it helps a lot of people. I lived in an isolated community, and got more work than I could handle with word of mouth. Spent maybe $200 on ads and didn't get a hit, so I saw no reason to pursue it. Add to that, that I hate ads in general and it was a no brainer. I block every ad FB throws at me and now only see 1 or 2 a day.

What genre of photography are you in?

I agree about not going to college to study photography is right but that goes for many qualifications nowdays as well. One of the biggest rackets is putting your kid through 4 or 5 years of school and burdened with debt only to find that the degree they took is outdated.

Love Facebook ads for marketing to potential clients and gaining leads. If you have a great system setup you can easily turn a few hundred in ad spend into tens of thousands in revenue.

What genre of photography arr you in?

Disagree with 1 and 3. Mastin Labs presets really opened my eyes to what was possible for my images, and give a very consistent starting point. Big time saver. Also, as a photographer who went from hobby to business in the last year, Facebook ads were a huge driver for getting new clients.

you can archieve the same results as mastin labs with vsco presets for cheap .
social media ads dont get you good potential clients. you must create your own website portfolio, have a good estructure and base . rely only on ig you only get clients who pay you with exposure

Social media ads have indeed gotten me a lot of good clients. It’s a fact.

I would qualify the FB ads one by saying that FB ads can be extremely successful if the person placing the ad knows what they’re doing. Creating custom audiences, targeting, retargeting with Facebook pixel, using compelling copy are all skills that are needed for any kind of marketing.

Unfortunately, most small local biz people have sero idea about any of those things and then just throw $100 on a campaign and use “photography” as their keyword and hope for the best....

He's so spot on vis a vis Facebook. The same applies to Instagram. The way that those two platforms work the best--generally--is to augment the old tried and true word of mouth approach which is almost always locally based.

The Lightroom presets is an oddity to me, too. I've never understood the value of them. I don't bemoan photographers who sell them, though, because they don't force people to buy them. But it really is a colossal waste of money.

The one thing he didn't bring up which really needed to be brought up is the absolute absurdity of spending huge amounts of money on lighting with all the other less expensive options available. Remember, this is for newbies. If you're an established photographer and you've spent years and thousands of dollars wedding yourself to the Profoto ecosystem, yeah, I can sort of get it. But if you're starting out as a photography business, spending money on Profoto lights is basically an indication of more money than business sense. In my opinion.

Yes I completely agree. Some of the prices for lighting gear out there is jaw-dropping. I mean I get that you can’t always use natural light but $1,000s upon $1,000s for alternative lighting has always left me shaking my head

His point about FB ads makes no sense at all. He really doesn't know how marketing works. Businesses and companies pay for ads all the time in all different formats. YES the competition will see them. So what? Just because other photographers will see your ads doesn't mean that you shouldn't run ads.

Re: Going to school. Not every photographer is a freelancer who learned from the internet. There are many photography jobs that actually require a degree - usually a Master's. I would agree, even though I didn't watch, if it's not an accredited school with an actual degree, I would steer clear. So many poor habits and workflows picked up from Youtube and so on. I've always found that those who think an MFA is worthless don't have one.

I’ve never understood why people would buy presets if they want to improve their skills. It’s basically paying to admit you just want to copy someone’s look without any effort.

I understand that they can be used as a basis to understand adjustments were made, but there are so many better ways and free tutorials out there. To me buying presets and checking what adjustments were made to improve as a photographer would be like buying a microwave dinner and reading the ingredients to become a better chef, it’s not impossible, but there are so many better ways.

I don’t hold it against the photographer, because they need to put food on the table, and I can respect that. However, it also comes down to how they promote them and try to sell them. I remember Peter McKinnon made a video titled something along the lines of ‘make your photos incredible with just one click’ and it was 10 minute ad for his presets. That was the day that my desire to support a fellow Canadian was overpowered by complete and utter contempt for his content... I’m sure he’s a nice guy though.

I think people/photographers/hobbyists go through developmental stages with their work. Those who buy presets are often at the early stage of their craft and looking for ways to get a “look” that they like without necessarily knowing how to get it themselves (at that time).

But I think if you’re still relying on/always using presets once you understand photography and post-production much more then perhaps you’re lacking a little creativity or inspiration.

one could say that if you're borrowing other people's looks to hopefully find your own look is in itself representative of a lack of creativity, no matter how long it's been.

No pretty spot on. But people want instant gratification. It’s easier to buy a batch of presets and get that cool sepia noir film Ansel vintage Fall colour look in one click than studiously go through the sliders and palettes yourself.

Invest in good gear and as much education (school, seminars, mentors, etc.) as possible. But...SHOOT A LOT! I think we all forget that last part and sometimes get lost in the process. Certainly has happened to me.