No matter how technically proficient you are with your camera, an inability to direct becomes painfully obvious when you don't have experienced subjects handling the posing side of the shoot.

Portraiture will always be one of the key draws to photography for me. If I meet somebody interesting or unique, my gut reaction is to take their portrait to try to capture it. When traveling to Japan earlier this month I was reminded just how strongly I feel about this. As I walked around Tokyo with a Fujifilm GFX 50R and 110mm f/2, I entered a state I hadn't for years. It's difficult to articulate, but it's in essence a feverish desire to take portraits constantly. I was stopping people left and right to ask — in broken and mispronounced Japanese — if I could take their picture. The rate at which I was taking "keepers" was lower than it would otherwise be, and I knew exactly why from the get-go: I couldn't direct the subjects. This stark reminder of direction's influence on the final images was then compounded after an article last week on posing, where I wrote the following:

I remember my first subject that didn't want to be my subject. I'm not going to narrow down who this is in case they read it, but they just did not want to have their photo taken. Unfortunately for them, we had two hours together and had to get shots. At first, it wasn't just awkward, it was frosty. The subject made it pretty clear from body language and silence that they did not want this couple's shoot and had been dragged along. His partner was lovely and apologetic, but try as I might, I couldn't even really get a conversation going. So, I discussed with his partner how much I hated having my photo taken and how I chose my career well, as I'm the right side of the lens. We decided to do some shots of his fiancee solo while he watched, and we just chatted and had some fun. Fortunately for all three of us, I hit my stride after a few shots, and once he saw some good shots of his beautiful partner, he warmed a little to the idea.

There was, however, a few other elements in play than simply the patient grinding down of a subject's self-conscious resolve. Below are a list of three ways you can overcome camera-shy subjects.

I came under a bit of fire for voicing the importance of mood boards recently. Perhaps I overstated their value a touch, but to me, they are fundamental to the success of shoots large and small. I claimed that the most underused tool by photographers is Pinterest, for a few reasons, but primarily for me, it's the use of mood boards.

When you're faced with subjects who don't live their lives in front of cameras, they will instinctively clam up. Even if they're patently confident — albeit inexperienced as a model —they will become hyper-self-aware and unsure what to do with their limbs. This is where you pull out a relevant mood board and see what you both like the idea of. Then you get them or the couple to try it and shoot every single one of their attempts, laughing along with them. They'll feel more stupid than they did without instruction, so just help them feel at ease and capture what unfolds. Often, you get shots you hadn't expected as the subject(s) try to reconcile with what you've shown them.

Get into the habit of saving any image you see that appeals to you, posing-wise. Have different mood boards for different types of shoots, and don't be afraid to have very specific types. You may not use them every shoot, but the likelihood is you will, and it's one of those scenarios where by the time you need them, you needed to have already collated a few!

I touched on this in the above section, but it can easily be overlooked. Don't put all yours eggs in one basket by waiting for the perfect moment or pose and then taking the shot. You want to be firing in bursts and often, particularly when the subjects aren't expecting it or are messing around. It'll be unsettling at first, but they will get used to it. Spread-betting, as opposed to putting all your chips on one number, has a number of benefits for just one or two drawbacks. The drawbacks are card space and battery power. The benefits far outweigh these easily overcome problems.

Firstly, you're significantly more likely to capture micro-expressions and innocuous moments of genuine posture and appearance between more rigid poses. Secondly, when the subject(s) do something unexpected or break the character they are trying to portray in your portraits, you might get a hidden gem. Thirdly, if the subject(s) can't work out when the key shot is, they don't look as forced and bemused. It'll lead to more natural results, just with several hundred throwaways either side! 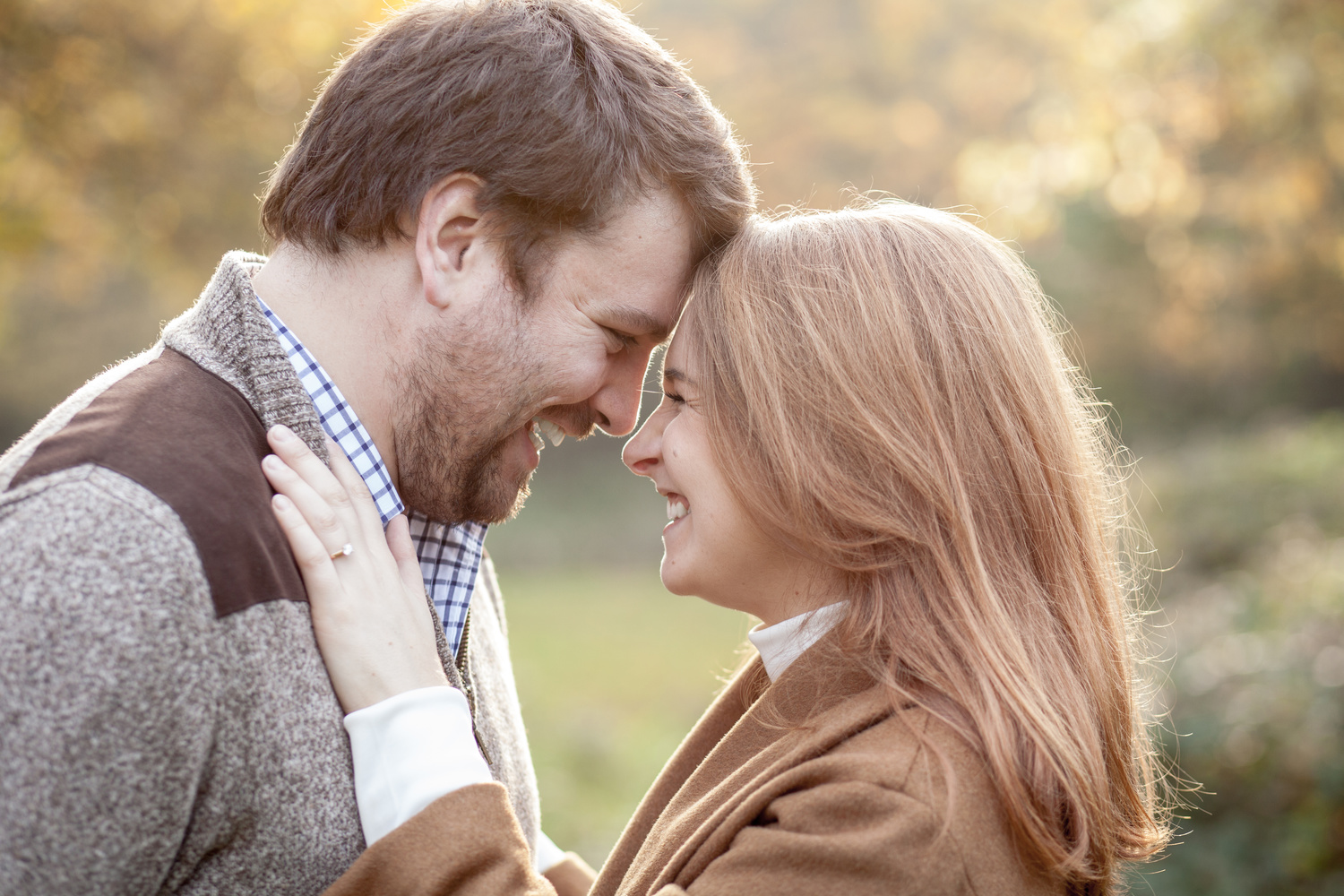 When I shoot any kind of portraits, be they corporate, editorial, environmental, or whatever else, I over-allocate time. This has a number of motivations behind it. Firstly, I don't like to feel rushed. I'm more likely to make a mistake or miss a shot, and it generally unsettles me. I'm happy to shoot under all sorts of pressure and have done so, but shooting where I know I don't have enough time to complete the shoot how I would like does not sit well.

Secondly, there is the comfort it provides for your subjects. With all the emotions they are feeling by being out of their comfort zone and in front of your camera, adding "rushed" into the mix is not only unwanted in and of itself, but it exacerbates all the other worries and concerns over posing. Reassuring subjects with "we have plenty of time" is powerful, particularly when the initial shots aren't out-and-out winners.

Finally, you have for reasons as I mentioned in my example at the start of this article. Except, it applies to different degrees, that is, the ability to coax people out of their shell. The longer you shoot, get to know one another, and experiment, the higher the chance of creating brilliant, memorable images. If you don't have time on your side, you may never reach the tipping point. 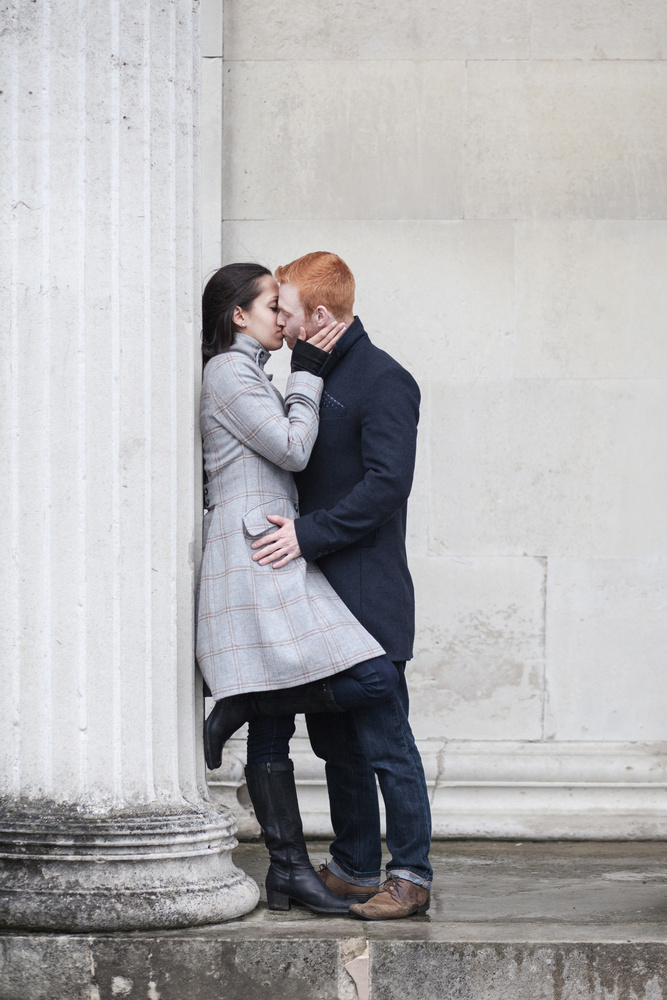 Photographing inexperienced subjects is part and parcel of portraiture, and it can be daunting. The dynamic inevitably presents you as the "expert" of the situation, and thus the pressure on you goes up. If you're not prepared, this can yield a wholly unpleasant experience for all involved and less than desirable images. However, with the right moodboards, the right attitude to how you shoot, and a well thought-out time frame to complete the shoot, all the problems can be easily and completely overcome.

What are your go-to tips for posing inexperienced, camera shy, or awkward subjects?

Pinterest mood boards are a great tool; experienced model or not. I don't understand why anyone would eschew them. In my experience, models love them. When prepping for a shoot, after talking about it with the model, I'll make a private mood board that both they and I can add to.

When I shot film, my first “roll” of film was an empty camera. I would talk to them about expectations, and what I will be shooting, while taking a few shots. They may say, something, like, “I was not ready yet,” or the like. I would assure them that I will not print any that were not good.

Once they relaxed, I would tell them that we are now ready to begin the next roll, and load film for the first time. In this digital age, I just start shooting with a card. I can always delete what is not wanted, but 128GB cards in a 24Mpx camera, I do not worry about space, just battery.