One of the best educators in the realm of Photoshop and post-production for beginners is Unmesh Dinda of PiXimperfect, who is widely regarded for his easy-to-understand video tutorials on YouTube. He's back at it again, taking viewers through about an hour of simplified and well-explained approaches to high-end beauty retouching.

The entire tutorial is very useful for newer retouchers, but still very relevant for anyone wanting to learn more about different approaches to skin work and editing in general in Photoshop and Lightroom. Dinda breaks it down in plain language and explains why the approaches work and not just how to do them. If you are new or relatively new to beauty retouching of this scope, this is the video worth an hour of your time. 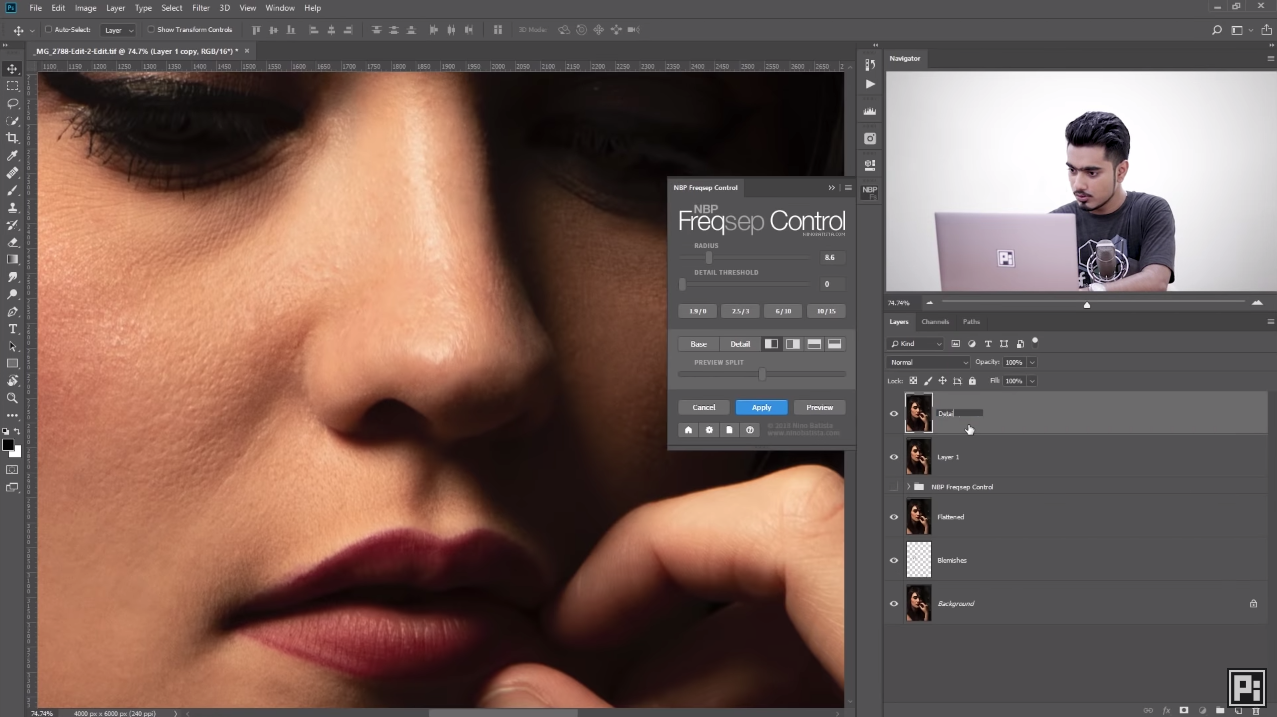 I met Dinda in St. Louis while we were both speaking at ShutterFest as it was his first time speaking there and I wanted to reach out in case I could help in any way. We chatted extensively about retouching for the little time we could hang out. As he is a respected and knowledgeable retoucher, I subsequently asked him check out my proprietary Photoshop plug-ins to get his thoughts on them, especially as we were about to roll out a new version. I was pleasantly surprised when he asked to feature my Freqsep Control plug-in in a video tutorial he wanted to create, and I happily obliged. 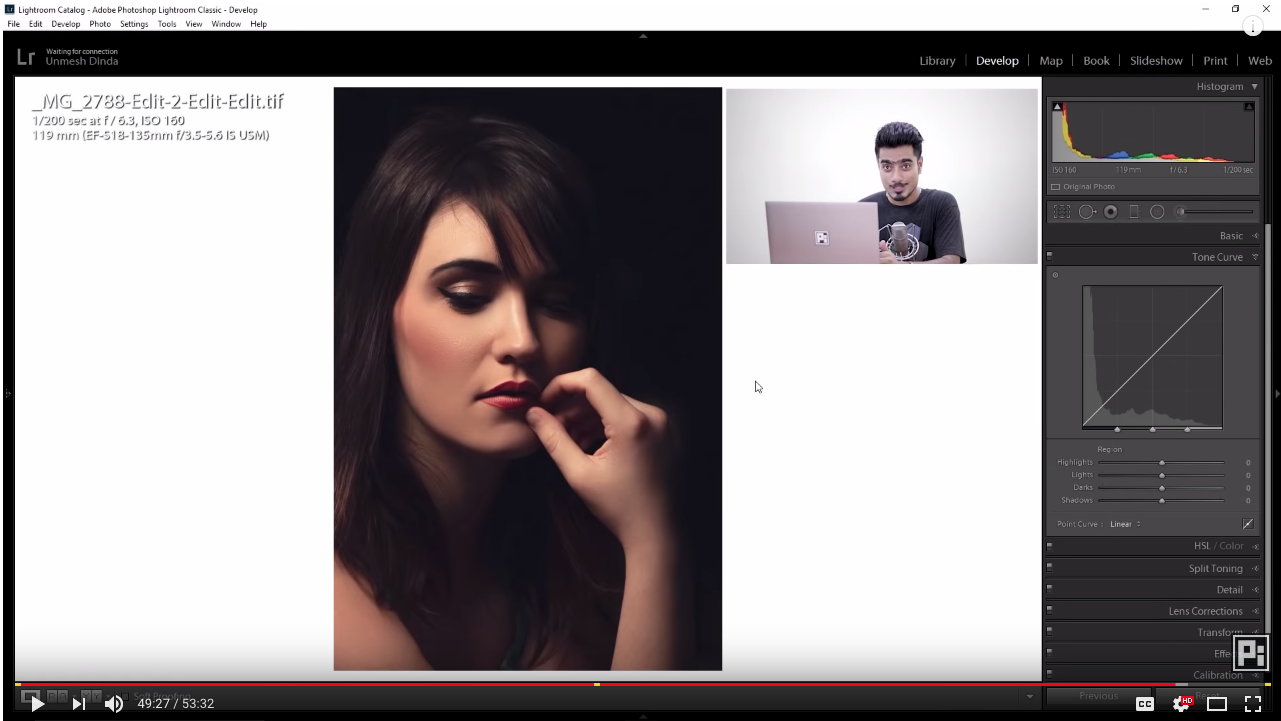 Do check out the tutorial, especially if you're new to retouching.

"One of the best educators in the realm of Photoshop and post-production".... Come on, guys!
That dude is like every other youtuber. And this is not high-end skin retouching. He made everything muddy (especially under the eyes) and kept very ugly big blemishes all over her face. In the end, over-sharpening everything in lightroom. It's a shame to call that high-end retouching. High-end retouching for skin means that you even can't tell that the skin has been retouched. It has to look absolutely natural, keep the skin texture intact and not just brush over everything with colour.

I really don't understand, why this guy's tutorials are posted here on and on. It's not professional!
You should know that, regarding all the tutorials of high-end photographers you have produced.
Sorry, for the sh** storm, but those youtube retouching tutorials are really bad! The might work for pictures posted on Instagram, but not for professional clients.

so agree with ya I just shake my head anymore :)

I do not want to say anything bad here but everyone using the terms high-end makes it obviously more interesting for people to watch. I often question the expectations to be the same with what is delivered

this is not high-end retouching..

hahahahahaha get a high end photographer for $5 on craigslist should be in the article to :)

ditto others this is so so so far from high end

I don't see his videos. The English he makes hurt my ear!

Unfortunately, I have to agree with others here and say that this is not high end retouching in terms of high-quality images and high-quality results.
These days the term is so easily used for everything thrown around to market all sorts of tools, paid and free tutorials.
Also, I think it is very confusing and unfair for people thinking they will learn what it takes to achieve high-quality results while they themselves cannot yet differentiate between what is good and what is bad.
Also, I have to point to a video I have made quite a while ago about using black and white conversions as help layers. they are not all equal and should not necessarily be used if the outcome of using them is potentially flawed.
https://www.youtube.com/watch?v=n7oJGp9uVfA

I hope, one day we will not find high-end along with terms like beginner retouching or quick and easy results anymore. =)