A few years ago I started this blog for my photography students to help re-enforce the most fundamental aspects of photography. Understanding how your camera works and all the variables that make up a proper exposure is as essential to photography and breathing is to life. I've now decided re-transcribe these for Fstoppers. I will be posting all of my basics and fundamentals posts, about two a week, over this next month.

In this particular post, we will look at the basic formula for a proper exposure and the key element that is Aperture. We will also look at the actual mechanics of aperture and visually see what a larger and smaller aperture looks like.  Understanding your aperture settings and f-stops backwards and forwards is essential.

When creating an image we have three main variables that we can control with our camera, Aperture, Shutter, and ISO. When my students are first learning this I try to compartmentalize things as much as possible and tell them, for the sake of our lesson just say that:

So when you press the shutter release on your camera there is a shutter and aperture variable, even if you are taking a photo on a iPhone, there is a shutter speed and an aperture. The exact choices that you or your camera makes for these variables will result in how much light gets to your censor or film. When too much light hits your sensor, your image is over exposed and conversely not enough light results in an image that is too dark.

So What Exactly is Aperture? 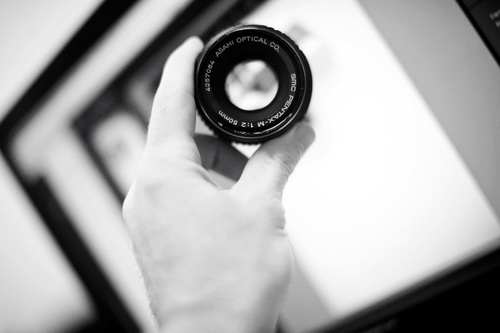 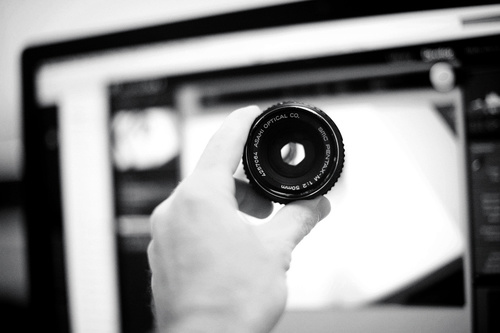 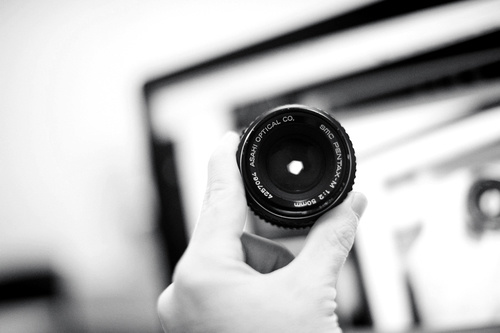 When looking at these variables – Aperture, Shutter, and ISO – its essential to understand that there is always a give and take. As you change the setting on your Aperture ring you are gaining one thing at the compromise of losing another.

In Theory, what you are losing as you open to larger Aperture opening is Depth of Field. I will tackle Depth of Field in more detail in another post, but in short, the amount of your image that is in focus in your Depth of Field. When you have a smaller opening your image will show more in focus information and when you open to a larger aperture you will wind up with a shallow depth of field that has less information (from front to back not left to right) that is in focus.

If you are just learning about exposure and how your camera works, I recommend putting your camera into Aperture Priority mode and spending a couple of weeks of only shooting that way. You will be controlling the Aperture setting of your camera and the camera will be selecting the shutter speed to get a proper exposure. In darker situations you may wind up with some out of focus or blurry looking image, this is due to the shutter being too slow for you to hand hold the camera. But in normal lighting conditions you will be able to select the aperture you want and let the camera do the rest of the work. Really pay attention to the variances in results at different aperture settings so you can learn how the aperture will affect your image outside of just the exposure.

I have a few extra tips and info on the basics of Aperture on the original post on my personal blog which you can read here.

Great post! Thanks for sharing this with all of us. Quick question. In aperture priority mode what is the camera looking for to set the correct aperture and shutter speed? If its the light, what if you have a flash connected to you DSLR?

a modern dslr always strives to use the lowest possible iso to maximize image quality (low noise and high dynamic range) by never using a higher shutter speed than absolutely necessary. So in aperture priority on a bright sunny day it might set something like 1/1500s and iso 100 but when it gets darker it might use 1/50 at iso 800 when using a 50mm lens. Had you used a 100mm lens it wouldve set it at 1/100s and iso1600.

Hi! In aperture priority *you* choose the aperture you'd like and the camera will choose the appropriate shutter speed (and ISO if that's on auto). Adding a flash to the mix makes things a little more complicated because you have to worry about your camera's sync speed (the speed it talks with the flash) as well as the power of the flash. Some flashes can be set to auto (TTL) which controls the output so as to not over expose.