One of the most common things I get asked at my photography classes is, "What is depth of field?" or often a variation of: "I think I get depth of field, but can you explain it?" Explaining it without a visual wasn't always easy, but I made it work during the class and for the most part, I managed to convey the concept and people understood. After a while I sought out other DOF visualizations online to try to show my classes, finding examples that, to me, made perfect sense. However, one day on the back porch at home, it occured to me that perhaps simplifying a visual could help those still puzzled by DOF.

So, this is what I came up with on that porch that afternoon while my sons played behind me. To remove the distraction or intimidation of a formal presentation, I slammed out a quick and dirty series of nearly identical images, ranging from ƒ1.2 to ƒ16 in 1/3 stop increments. My subjects for this improv project, of all things, were an ashtray (which is odd as I don't smoke - don't ask) and the just-recently-emptied-by-me novelty mug that looks like a lens (hey, you know you own one, too).

In the background were my kids' bikes and pool toys and other domestic junk, while my tripod was, in fact, the floor.

"But what could be simpler", I thought, "than a real world example of how aperture settings affect depth of field in any setting or environment, including and especially my junked out old back porch? That should be easy to visualize as most of have been on back porches with, you know, mugs and stuff." My reasoning seemed sound, and my end result, I thought, was pretty cool. But now I needed to test it out.

My idea was to simply slap a link to it on my Facebook page and see if anyone cared. Upon doing this, it quickly became clear: People got it. I even had some previous class attendees message me stating they saw the animation and now they saw how DOF affected their images, and thanked me for posting it. As such, I've gone back through my Facebook page archives, found and purged the original post linking to the GIF, and decided to now officially share with you all here on Fstoppers since it is a way more useful here - I hope!

There are scores of articles here on Fstoppers that discuss depth of field far more in depth, and I strongly suggest you check those out as well. But if my silly little animation provides some clarity for you, then my work here is done.

Depth of field visualization animated GIF. If the animation isn't playing for you, click it to open it larger.

I admit, it was lazy to let Aperture Priority mode make all the decisions on each shot, rather than calculate the shutter speed needed to compensate for the aperture changes. Nor did I do any post work on the shots beyond the titles. Hence, the exposure shifts now and then, as you may notice on several frames. Buy hey, I did make it quickly. And dirty.

**Astute readers will know that because the Canon 7D is a 1.6x crop sensor, depth of field is less dramatic than the same framing of the subject would be if shot on the same focal length on a full-frame sensor. This is due to the subject distance being further, again to achieve the same framing of the subject, on a crop sensor. The relative differences in the aperture settings are still valid, of course, as is this visualization.  I intend to make a couple more of these DOF visualization animations using different camera bodies and lenses soon. 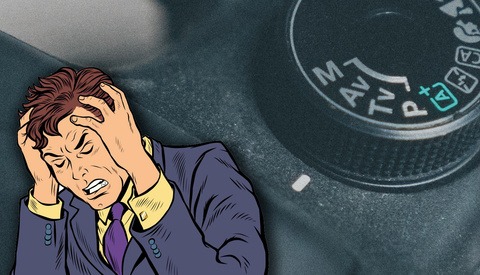 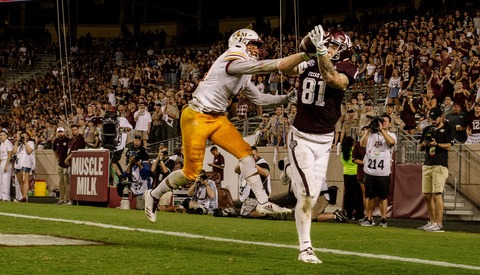