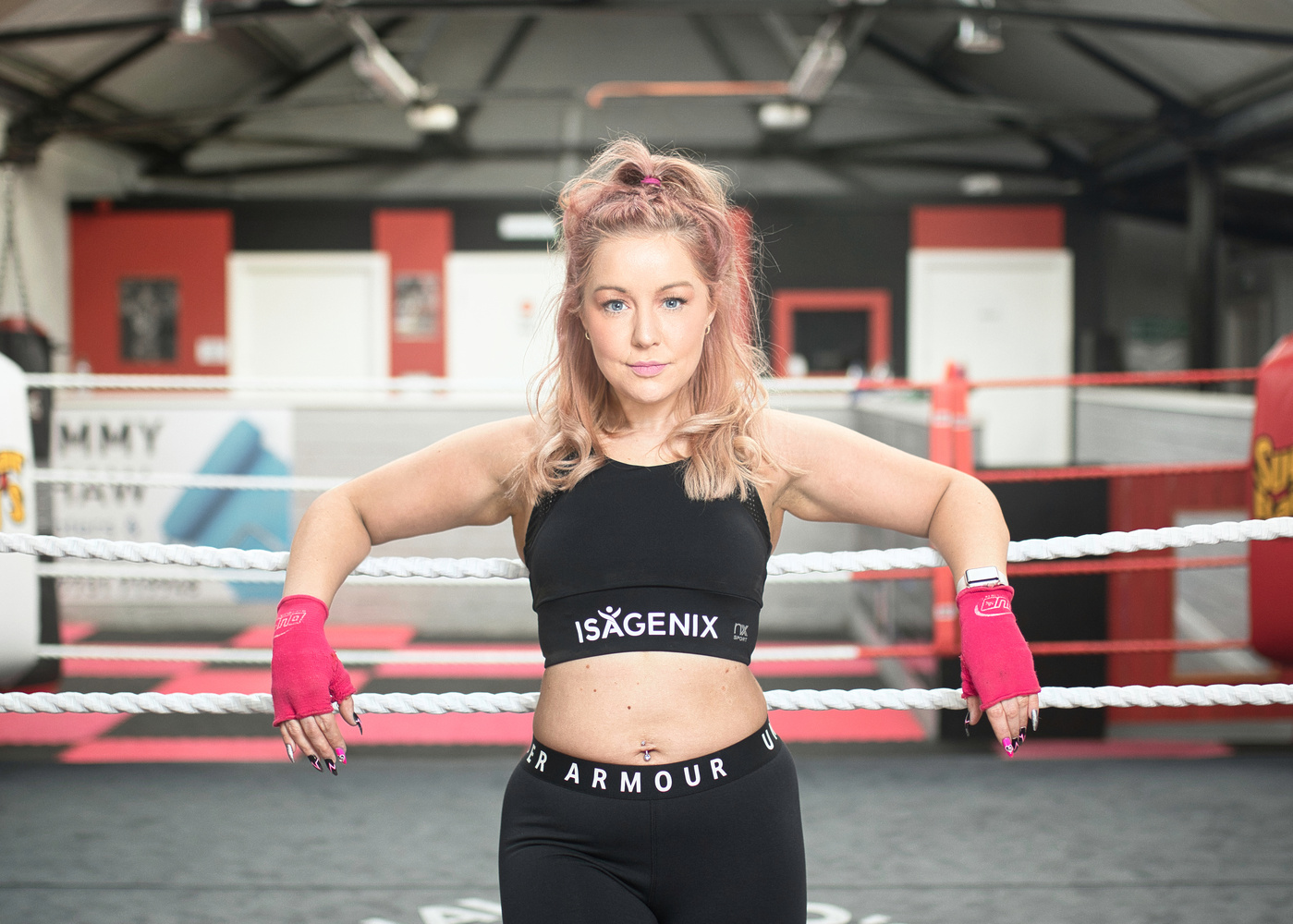 Promotional shots done for a friend. Shot in a gym in Scotland, freezing cold!! Used a Speedlight with a translucent Umbrella and a reflector under the model.

First impressions, really disappointed.. 7 low votes and not a single comment to guide or share how this image or taking of similar images could be improved. Please do share, I am looking to improve :)

I'm not a portrait photographer, so take what I say with a grain of salt. My main issue is that the whole thing looks kind of flat. Flat lighting, not much separation between the model and the background.

The other thing, the model's a bit awkward. Her expression is kind of blank, and there are a bunch of details (the makeup, hair, the jewelry, the gloves, the nails) that make it look like she's not really there to work out.

Hey Alex, thanks for the comments.
On reflection, I should have shared more of the brief with the photo. The images are for her Instagram/social media so she can post unique content about her life/lifestyle/fitness etc.

The brief was to keep the images light so not disagreeing with your observations, but also not sure how to minimum 'flat' while keeping the image light/low shadows etc.

Interesting comments about the model - I feel I am there to capture her style, flare as a person and this is the style she felt comfortable with.
I did hesitate at the gloves then I thought, they may reduce the attention to the nails.

As you requested feedback:
- the lighting is a bit flat, deeper shadows will accentuate muscles and features (but also wrinkles). No need to use a reflector in most of these situations. Also edge lighting always makes bodies look more defined.
- The pose is not very flattering. Leaning back on something will almost always make someone look weaker because they don't tighten the muscles as much. Also especially if your model does not have the typical 5h-in-the-gym-everyday-body - which I really don't mind - try to have her stand a bit more sideways, which will accent curves and straighten the skin making someone appear more muscular.
- The crop is a bit too high, I would rather cut at the mid of her thighs
- Styling is not coherent. Her hair is a bit messi, which is to be expected in a gym. But the makeup looks a tad too flashy around the eyes and the nails don't scream workout at all.

To leave on a good note: I really like your post-processing. Skin retouch (if any) looks very natural, colors pop and there is good detail in the picture. I'm pretty sure your friend was satisfied with the picture. It's just not good enough for your portfolio.

The brief was to keep the images light. As respectful as possible to the model, she does not have muscles to extenuate. She wanted to look as good as possible without being "photoshop'd and looking fake" as she put it.

Posing was very difficult as pre-shoot there was alot of confidence they knew what to do...but once in front of the camera they both were fairly stiff and limited. I do think this is a area I really need to work on.

Styling - yea, what can I say...its the Instagram 'lifestyle' and that's her style.

Retouch - a couple of very small touches to her as wanting to keep her skin natural. Removed vibrance from all of the background to draw more isolation while maintain the 'light' feel of the image.
Removed a bright LED from fire exit and a fire sensor from the orange cable however probably should have removed the whole cable.

Crop - yup, the boxing ring is a foot off the ground and I am tall, should have grabbed a box or something, still kicking myself for that.

Cheers for the comments

I don't generally give too much feedback as most of the time people just take it as "hate" and then justify why they won't take on board my feedback.

But since you asked.

First off, the makeup is fine. Yes, it's not a practical look, but this is exactly what you would expect for anyone wanting something for their website bio, business card, social displays.
If the photo was her actually working out, I might go for a more natural lip tone and eye shadow tone. But as a cover photo, or DP for socials this is fine. Every girl still wants to look glammed up.
I like the hair, messy but styled. Gives a bit of a cute look to the image.

Nails need to go, definitely not suited for this look. However, I understand they might suit some of your other shots from this session so you kind of have to pick one or the other. Generally I would leave them off as its a little safer overall.
Id lose the gloves too or swap them over for some proper boxing wraps.

Lighting wise. It is a little flat, but It's not too bad if you're going for the bright happy vibe. I probably wouldn't have gone with the reflector. But again, really depends on the look you're going for.

Having the background a little darker would definitely give the image a little more pop.

Her posing is off. She needs to push her hip back into the ropes more. That will thin her out a little in the midsection giving her a better curve and also stretch out the stomach so the abs will be slightly more visible. Also when dipping the hips back to pop to the side of the supporting leg (her left by the looks). Right leg looks like it's on the toe which is good.
I think her arms could relax a little more too.

For retouching. Id remove that orange beam above her head and the orange dot just slightly camera left of her eyes, they're a little distracting.
Looks like you did some frequency sep. The low end around her stomach freckles needs a fix-up, its made a halo around the freckle itself.
The rest seems fine. Clean enough to look professional and still natural.

Lastly the id lower the crop a little.

Cheers for the comments, really useful and appreciated.

Agree about the model and nails - but when the client/model turns up and has glued on nails there was little I could do but go with it.

I am going to try and change the colour of the gloves to black and see if that helps keep the eye in the center of the image.

I did a shot without the reflector and the neck and notable darker. I fired it out and it made a big difference however appreciate you are only seeing one side of that.

Posing - yup, this is a area I find really hard and doing my best to improve. The biggest blocker is practice.. I am mid 30's with wife, 2 kids and 3rd on the way. Kids are under 4 so no use for coaching, wife is pregnant and does not any photos at this moment.

Its hard to develop when all you see on Instagram and alike is fit young women which frankly, distract a lot from the technical aspect of the image (lolz) not saying thats intentional but.....

I did a bit of retouching and again, without you seeing whats removed it hard to tell when to stop. I am going to revisit it and remove the orange cable, as I have removed the white block that was on the end of it.

Crop - yup...kicking myself as this was a practice shot/model/client settling in. Should have had a foot stool and got up... annoyed with myself for that.

Cheers for the comments, genuinely appreciate the input.

Others have mentioned most of everything I would say, read through most but dont know if anyone mentioned this, but the way her arms are leaning on the ropes just doesnt look natural to me. It seems like resting on the ropes should be a rest but her arms look like they would get tired or sore resting like that. I know resting on a counter or hockey boards my arms would be closer into my body. Also the background is way bright and distracting. Look through the other pictures there are some pretty good examples of gym/workout pictures, in my opinion anything over a 2.5 rating here is a great image... heck even most between the 2 to 2.5 are great images!

Yea, I definitely have taken on board some of the points. I should have edited it for my preference, rather than went with what the client wanted.

Live and learn, thanks for the comment & any rating :)

Exactly what Brandon said. The rating system is a little hard here. There are some awesome images that are only averaging 2 stars.

At the end of the day, you have to give the client what they want so don't get too caught up in the details that were her choice.

Just learn for when you do your passion projects and have the ability to do things as you like. 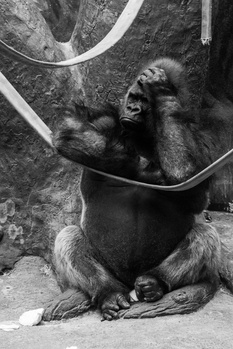 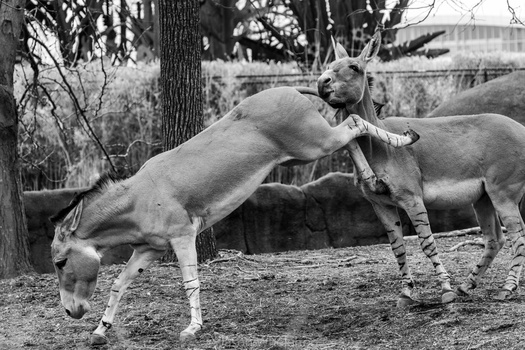 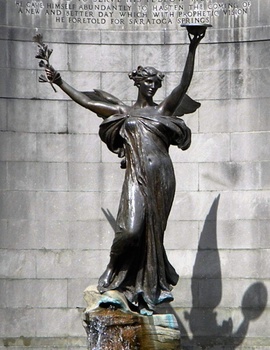 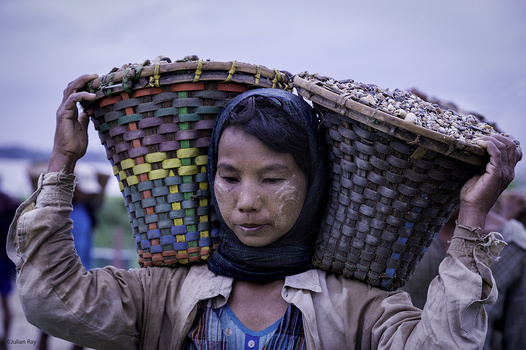 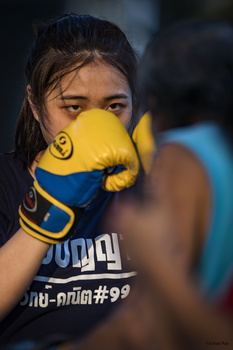 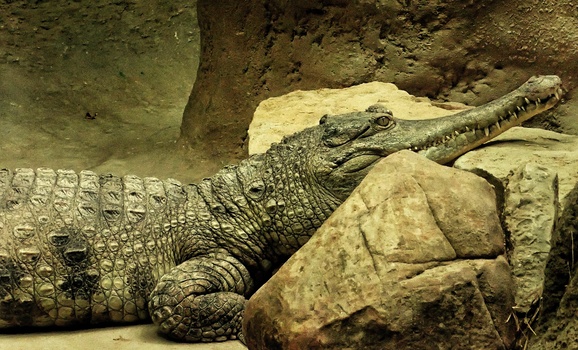 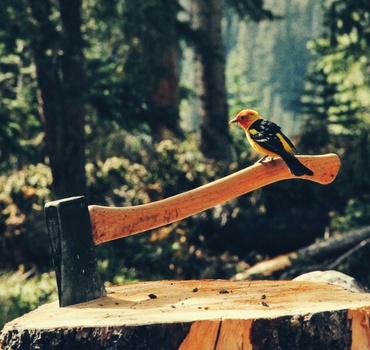 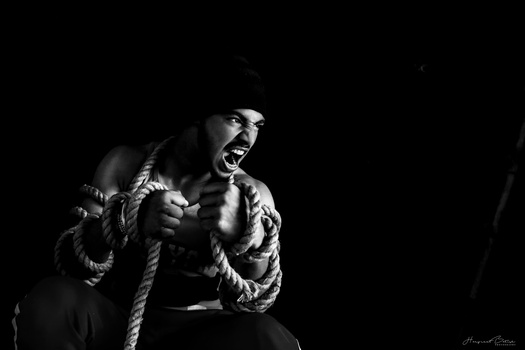 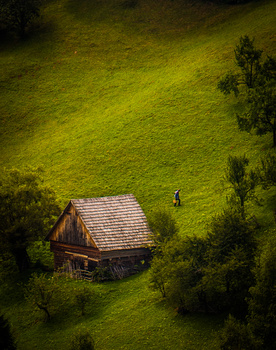 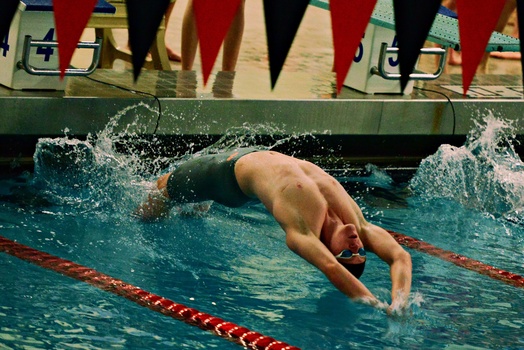 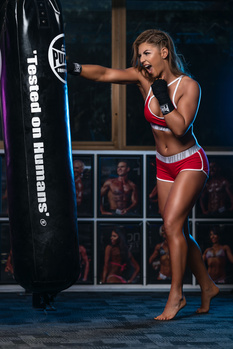 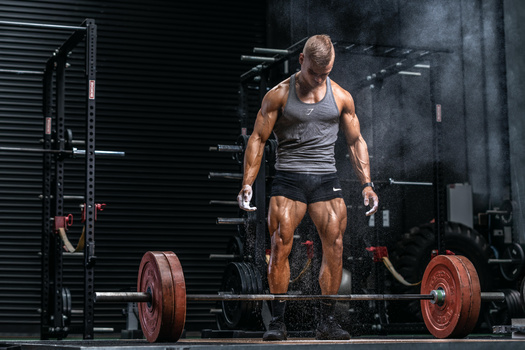 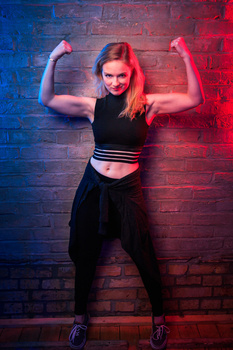 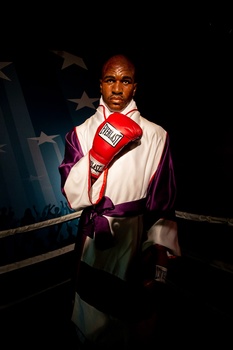 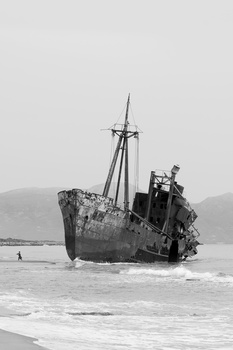 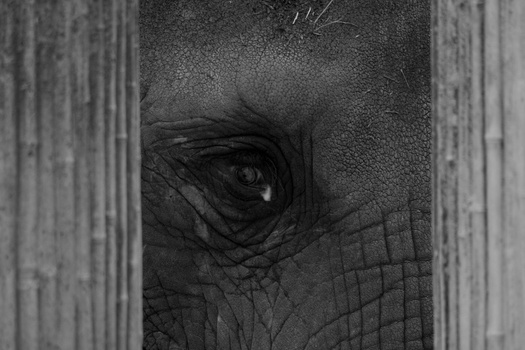 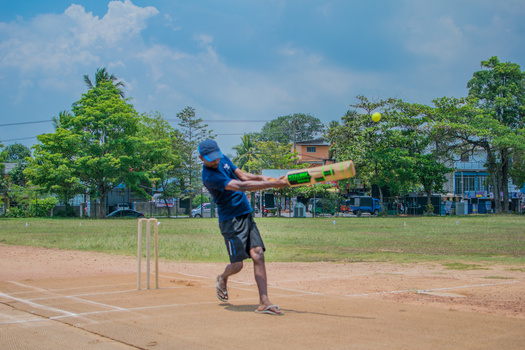 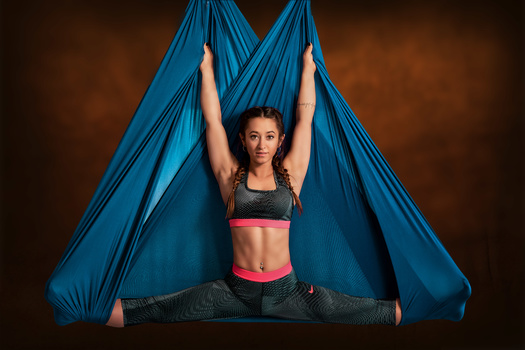 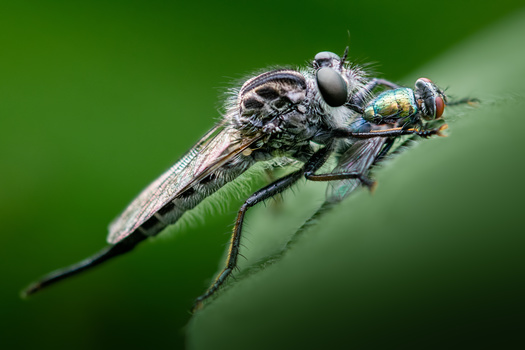 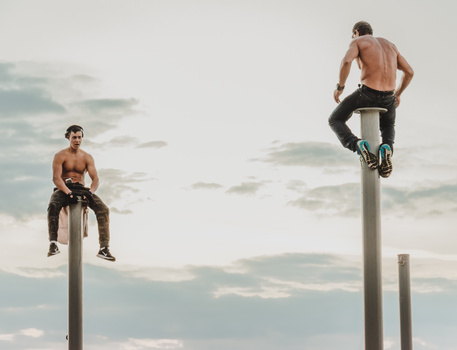 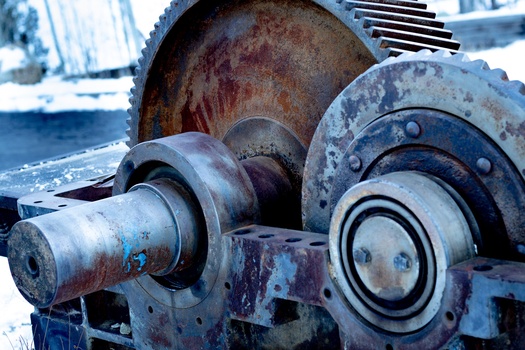 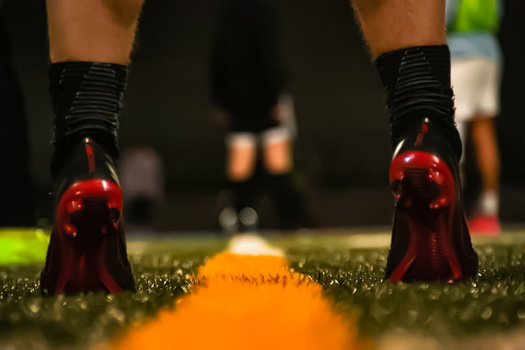 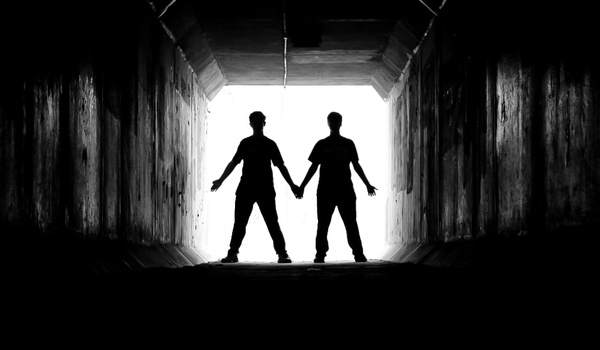 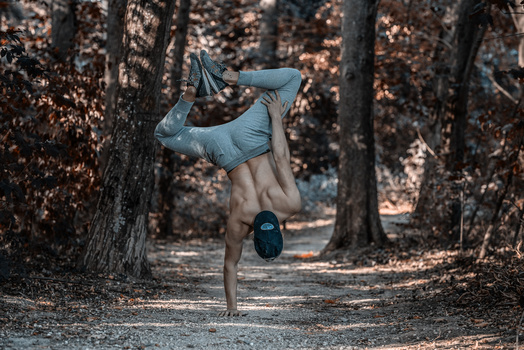 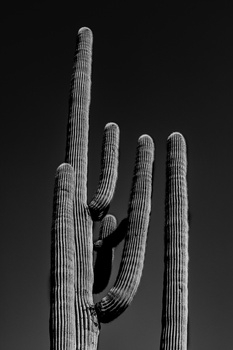