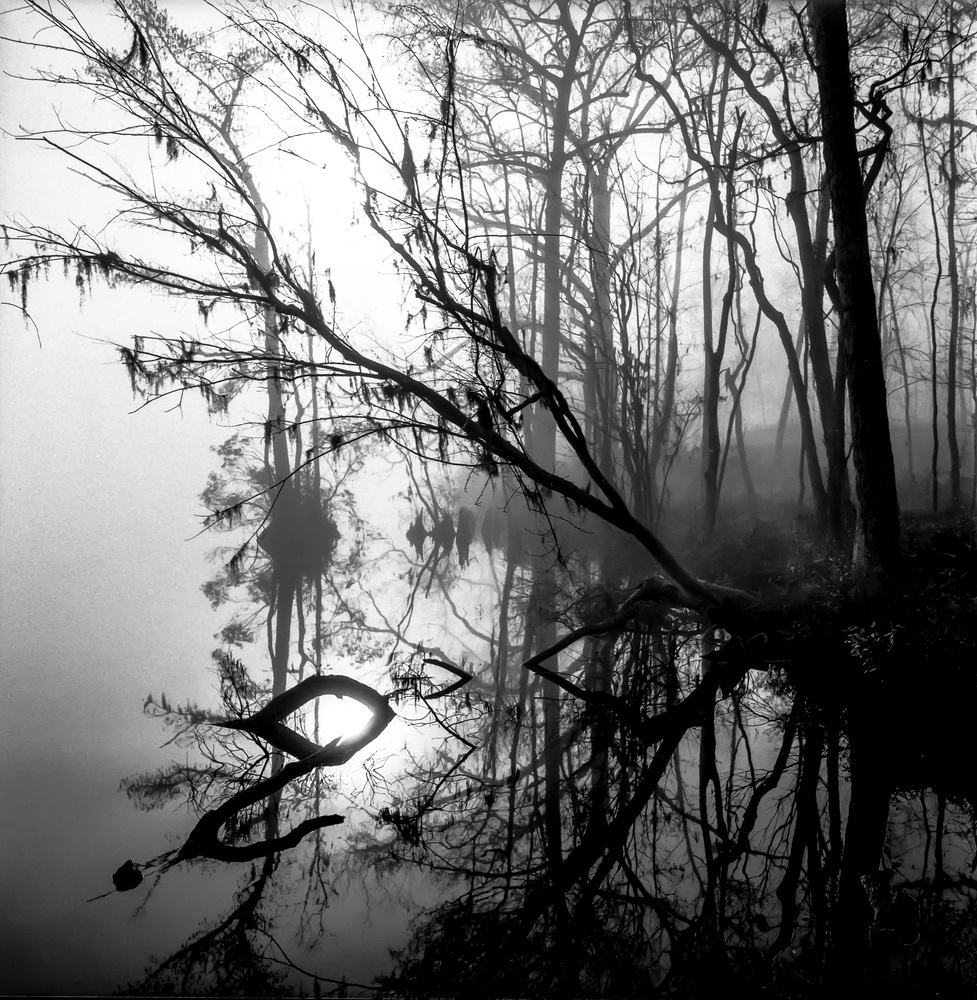 This image was shot on a warm January 2005 morning on the Yeopim Creek right behind my home in eastern North Carolina. Because the water was cold and the air was warm, fog arose from the water. The scene was rather flat until the sun started to rise creating the reflection and contrast. This was shot on Tri-X Film with a Hasselblad 500CM and an 80mm Zeis planar lens. Because of the low light, the shutter was around 1/2 of a second to get to F22. I placed the highlight on Zone Viii and gave it normal development in HC-110 dilution B Developer. Years later I scanned the 6X6 negative using an Epson V700 scanner to a TFF file. I've printed this in the wet darkroom as a gelatin silver print on Zone VI Grade 2 paper. I've also printed it digitally on the Epson 3880 on Canson Platine Fiber Rag. Both the silver print and the ink jet print are nearly identical with silver printer having just a little more depth and ambience.