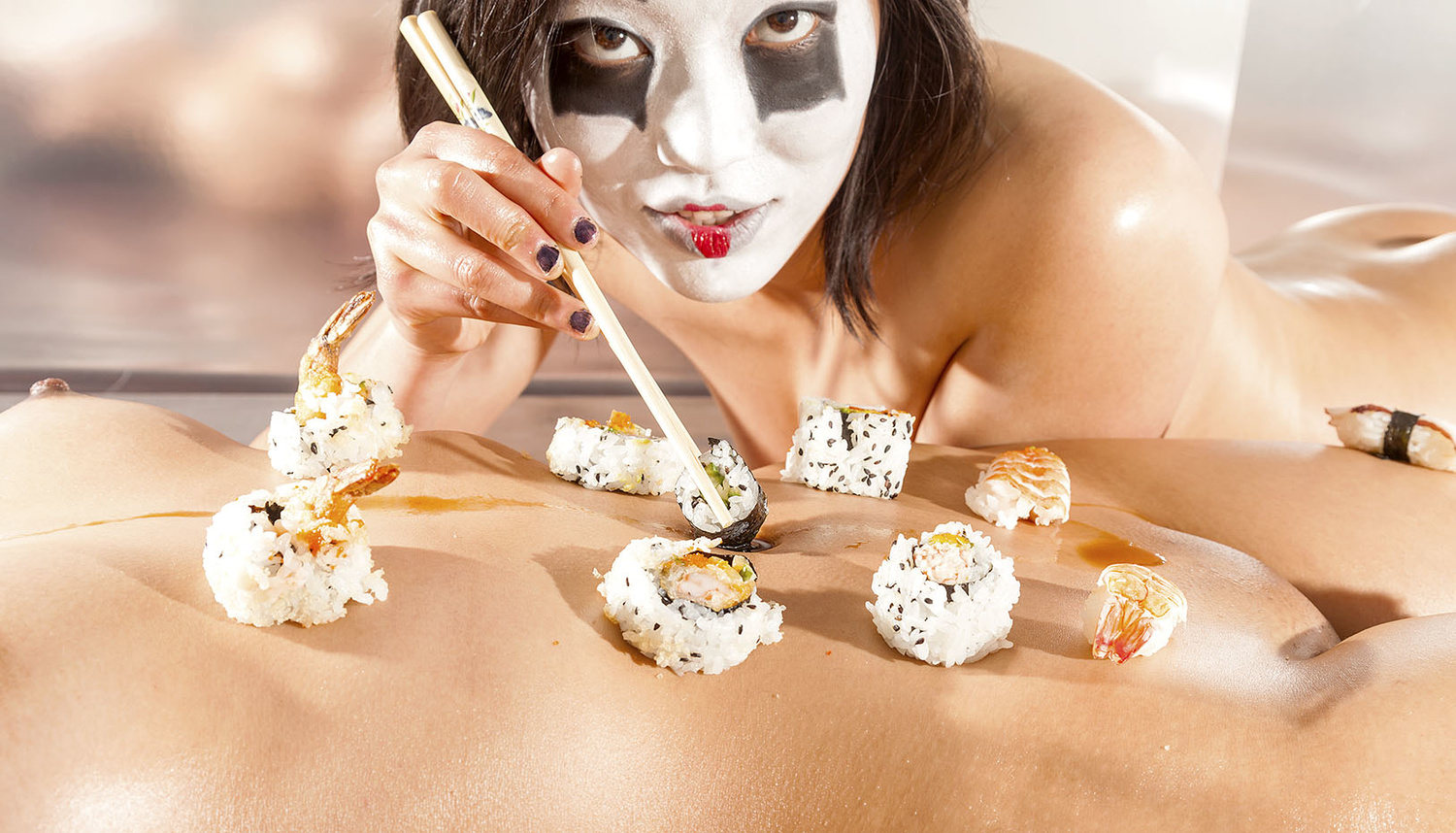 I organized this shoot because I wanted to do a photoshoot where the models' bodies act as tables and the food on them will be sushi.
I booked the models and the make-up artist and organized the photoshoot at my house. I had a rather large dining table that could fit both models laying on it horizontally.
The make-up was also decided by me and the make-up artist did a great job with both models. This is one of my favorite shots when one model is acting as if she will dip the sushi in the other model's navel which actually does have real soy sauce.
Of course, the model didn't dip or eat that sushi, although it is real sushi it was used only as props.
The model's skin looks shiny because she put baby oil on before shooting, and the background is some aluminum paper that would reflect the two flashes which were used to light the scene.
I know this is kind of an adult shot but you can't really see much besides the one nipple so maybe it'll be ok.