Can Average Models Result In Above Average Sales?

UK retailer Debenhams is on a mission to prove that we don't need to be sold a Photoshop fantasy every time we shop for clothing. Save the perfect smiles and slim figures for their competitors; Debenhams is opting to use average every day people to appeal to the masses. Is this a breath of fresh air, or a clever marketing ploy?

In their latest summer campaign, referred to as the "diversity campaign", Debenhams recognizes their customer base is not the shape and size generally portrayed in advertising. They want to celebrate diversity and real beauty by using average models in their advertising.

Selling clothing has generally been as much about selling the fabric as the lifestyle that it represents. Fashion designers are always eager to portray their clothing in the absolute best light, even if that is quite a stretch from reality. Debenhams, as a mass retailer, could do well to appeal to the average masses. Brands focused on exclusivity and high fashion will no doubt stick to their fantasy advertising. After all, we all need an escape from reality once in a while, but Debenhams hits home with their reality check and that could do wonders for their reputation and sales.

Speaking with some plus sized friends they all had the common opinion that one of their frustrations with fantasy advertising is that they just don't know what would actually look good on their body types. In a world flooded with slim bodies on massive billboards, it can be rather hard to find examples of a plus sized well styled body. My friends indicated quite a relief at the fact that a major retailer is finally showing what they themselves might potentially look like in an article of clothing.

So what do you think? Does the average shopper prefer to be shown a fantasy or would they prefer reality when it comes to buying clothing? 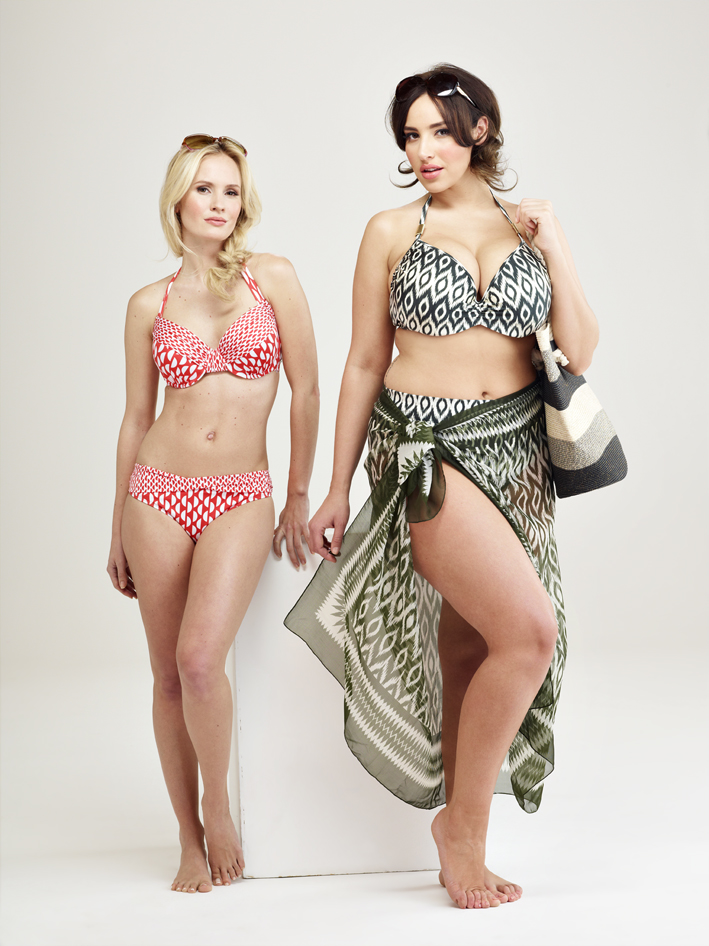 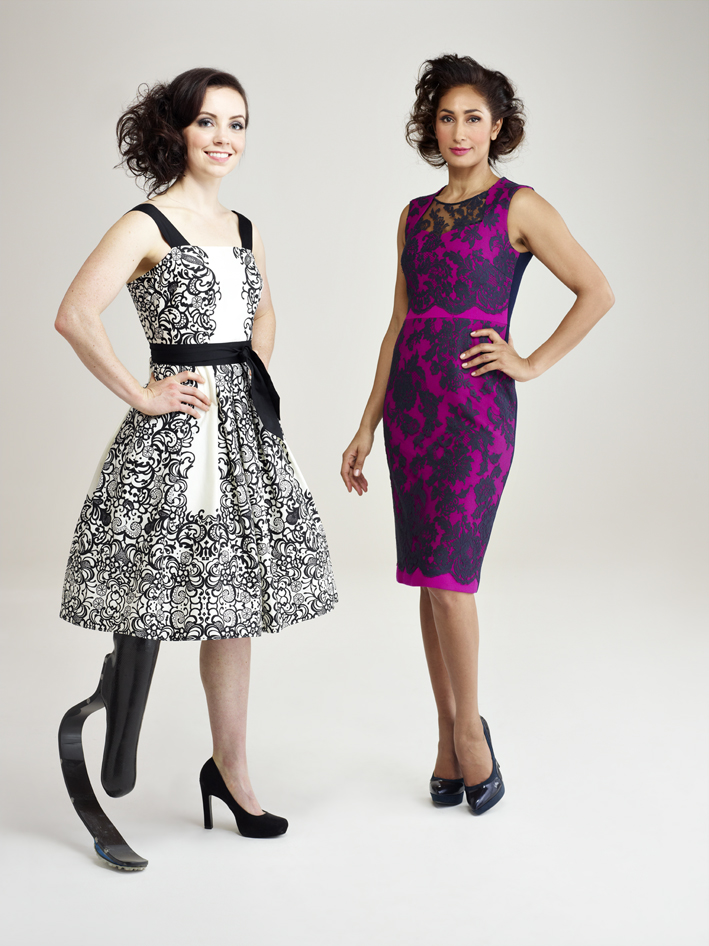 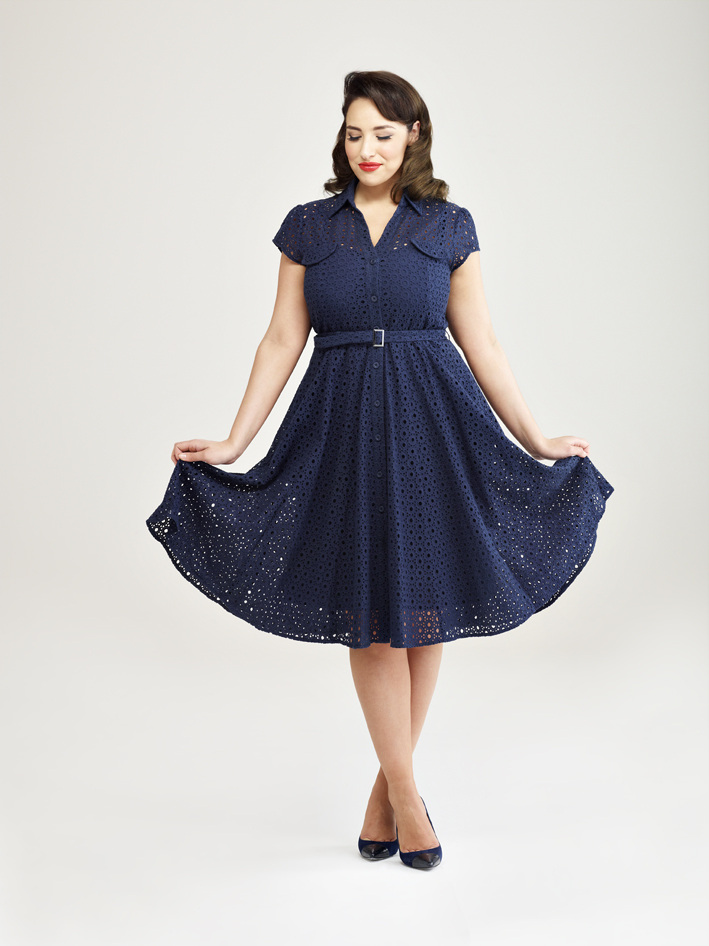 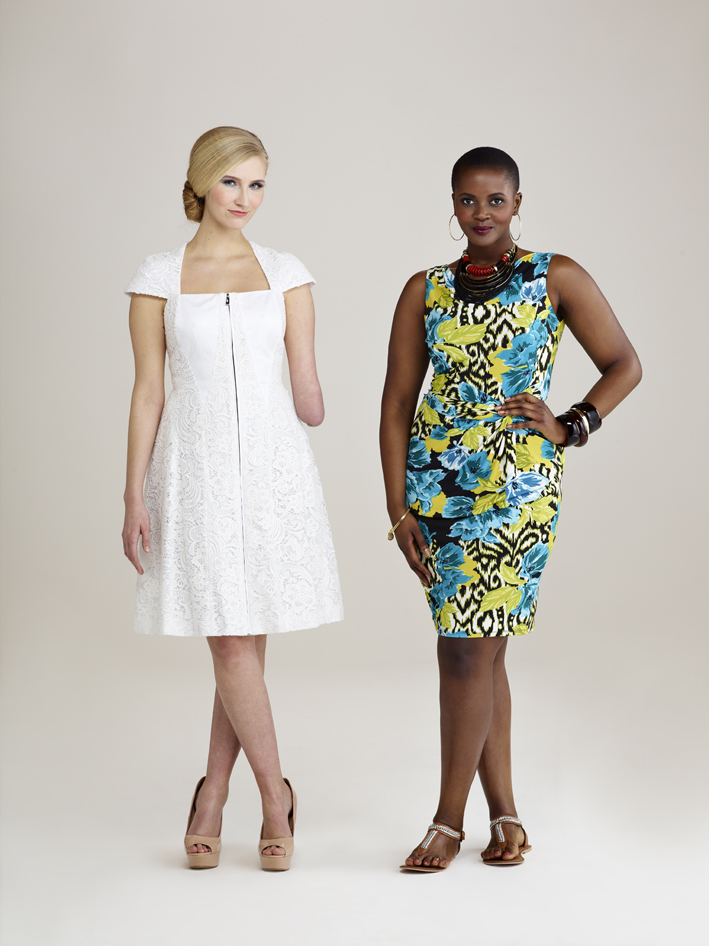 You call those average models?

I understand the message here, but missing a limb is "average"?!

Yea I think they reached a bit there...pun intended

I think the use of the word average isn't quite right. This campaign came out in the UK earlier this year and was labelled as a 'diversity' campaign.

The two amputee models are celebrities in the UK. One being a paralympian and the other a winner of a TV modelling show.

I don't think Debenhams ever wanted to portray these models as average as they are diverse extremes with some much larger and some much smaller than the fashion industry 'standard'.

I've seen so many times before, put a disabled or poor homeless child in front of the camera, and bam! You have a master piece.

People feel emotional and sorry for them then they feel a psychological attachment or guilt to love the 'art work'. So photographers know this, then they feed on the less-fortunate people's disadvantages to draw 'easy' attention. I too could go to some poor 4 year old with half a face, take a photograph in some slump, dodge and burn a bit, wham, I'm a hero photographer.

Not judging this campaigns true intentions, but I've seen this before.

that's an incredibly cynical view to take on the inclusion of disabled people in mainstream society. they are so often pushed to the side. this ad campaign is not about making anyone 'feel sorry' for anyone, it's about representing groups of people who have in the past been left out. the woman in the bottom left picture - do you feel 'sorry' when you look at her? I don't. she looks like a badass.

Did you read my last line?

Let's be honest here. The industry standard has changed dramatically over the past few decades. Back in the forties and fifties, models were relatively average in stature. In the sixties and seventies designers began using more waifish models to act as walking hangers. They did not want the attention to be on the model but on the clothes. In the eighties the idea of the supermodel was indoctrinated by society (not designers or photographers.) The walking hanger became the industry norm for that purpose. Society is responsible for elevating the celebrity status of these models. As pure intentioned as this campaign may be, it is still advertising. None of these models are unattractive by any means but, to call them average is just absurd. To say "look even someone that is missing an arm or a leg can still be attractive!" is ludicrous. Of course they can be, it comes down to genes and being "photogenic." Let's face it, working out and being healthy is not enough when it to being attractive. I know people that have never lifted a weight, been to a gym or shied away from a single fatty food in their life and they are drop dead gorgeous. I also know people that spend every evening at the gym eat nothing but healthy food and none of that changes the fact that they look like they've been hit by a bus. This whole thing just reeks of being an attention grabber and when that is the case, it becomes exploitation. "See we're different, we use atypical models as opposed the the industry standard."

I modeled for 8 years &amp; I think from a sales standpoint it will hurt the company. When it comes down to it, people are attracted to the "ideal" &amp; that helps trigger the buying impulse.

i disagree. i prefer the unusual and un-perfect

But will you buy it?

actually, yes. ever since i was a young boy i have always been drawn to the non status quo.

That's good for you, but unfortunately, that does not make you part of their demographic. As long as they follow the demands of their core base, things will continue as is.

Homeless women will feel left out. They'll be the ones to start a petition next.

Zoolander would model "Derelicte" for Mugatu!!! I can't wait to see this walk off!!! :-D

So amputees are average women? I'm not trying to discredit them or cause any disrespect but come on. This is ridiculous. Last I checked, North America wasn't the land mine capitol of the world. You guys are really getting desperate.

The USA is notorious for being "Diverse and Inclusive"; we don't want to forget anyone!

If you read the first sentence of the article you'd know that these are ads from a UK retailer.

We do have a lot of land mines here. It's a real problem.

I think they shouldn't have used the nationwide average. Something to strive for is good, in my opinion. Smaller than average is ok. But impossibly small is what the norm is for advertising. Can't we just meet in the middle? Smaller than average, yet possible for the average consumer?

I question the reality of average!

On that first image (the bikini one), my eyes gravitate to the model on the right most. There is just something about her that peaks my interest. Not sure what it could be.

As others have mentioned, people are always attracted to an ideal. As a society, if we had to always settle for 'average' than we would not progress as much. Secondly, it's easy for us to say that we would like models to be more normal but how many people would actually put the money where their mouth is? I often compare this to sports, people will pay money to see Lebron James play, but not for regular people in city leagues. Likewise, people will pay to see Giselle in magazines or at a fashion show, but they won't for average looking 'models'.

You make blanket statements that do not apply to all :-)

It isn't a blanket statement, it's a truth that nobody wants to accept. I personally work in the fashion industry and the reason why things continue as they do is because the public still demands and expects it as a norm. As long as it's core base supports it, things will stay the same.

They are just trying to differentiate themselves from the competition… I don't believe this trick will change the industry. The search for beauty is inherent to human behavior.