Harrods, the popular department store in London, had an idea for the holiday season. They took some popular Disney princesses and brought them to life by adorning them in beautiful dresses designed by some of best designers in the world. The result is a beautiful campaign shot by photographer Jason Ell.

They each designed a dress for one of the princesses. It's safe to say any woman would feel like a princess in these outfits. However, I believe that would be the whole unspoken point in the campaign itself.

They have been on display since November, so if you're in the area, go check them out if they are still up. 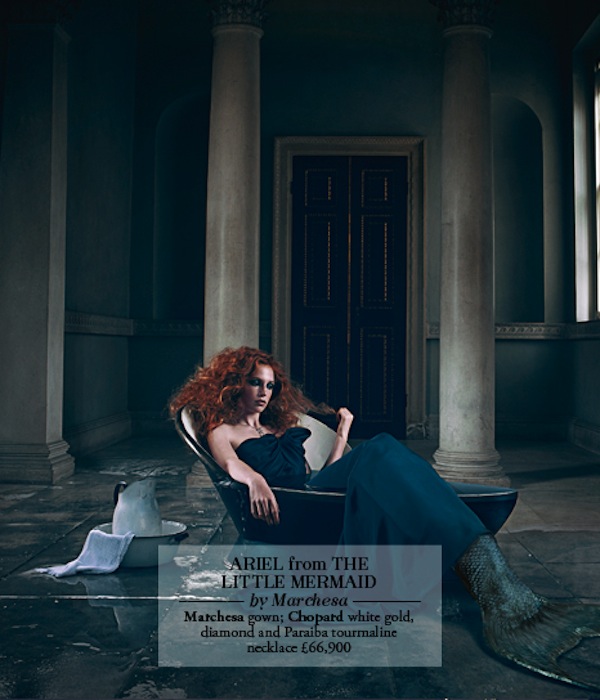 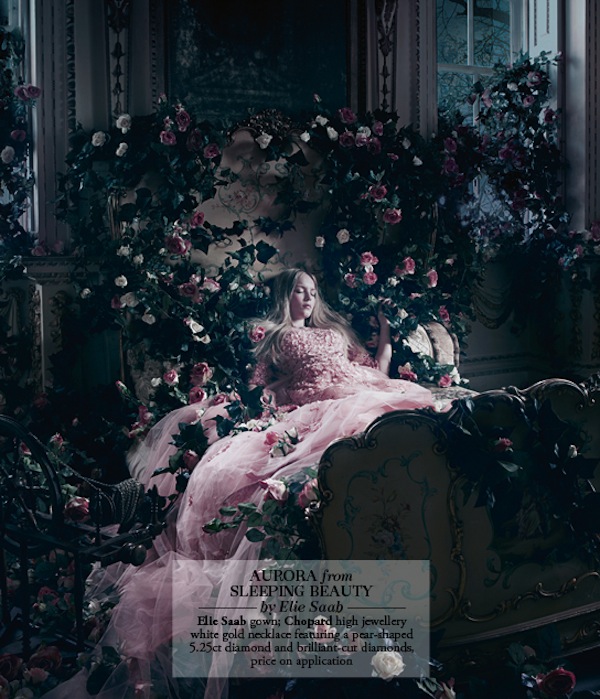 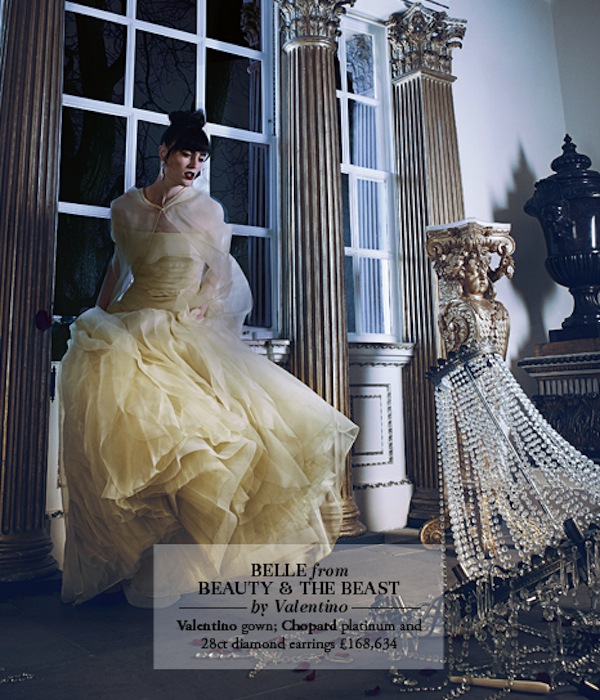 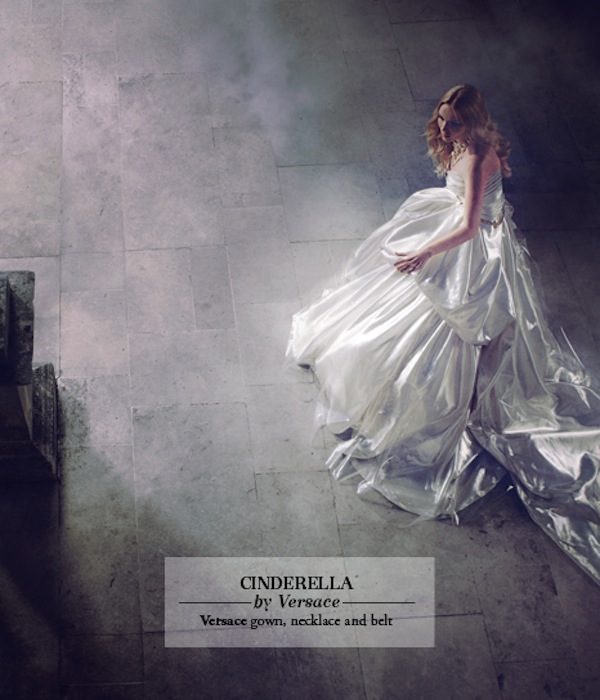 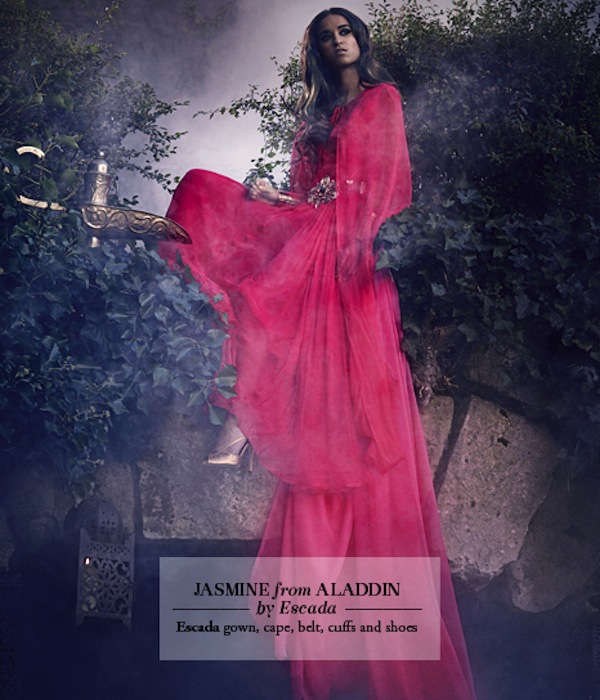 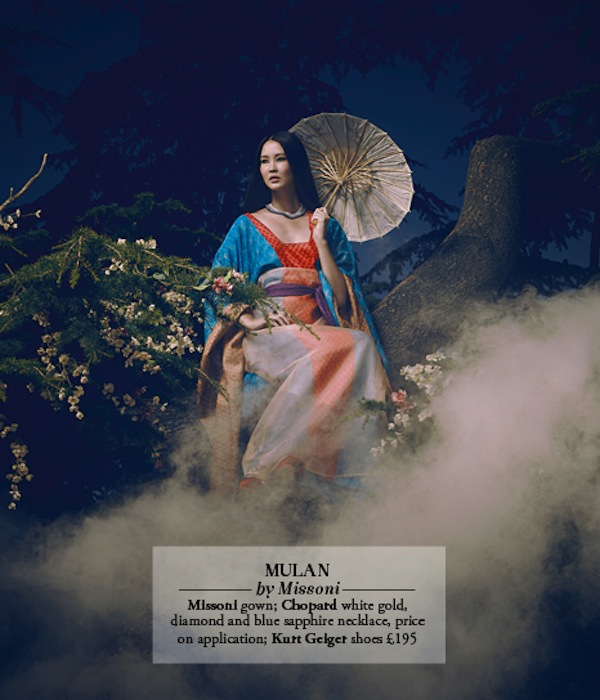 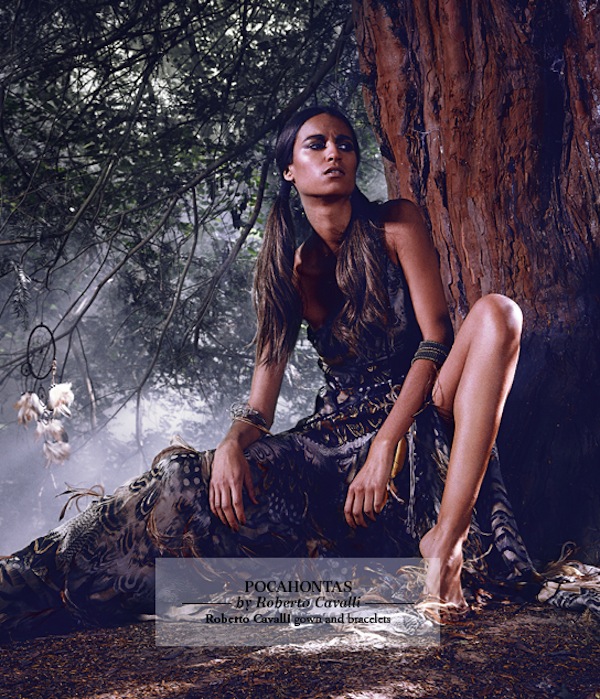 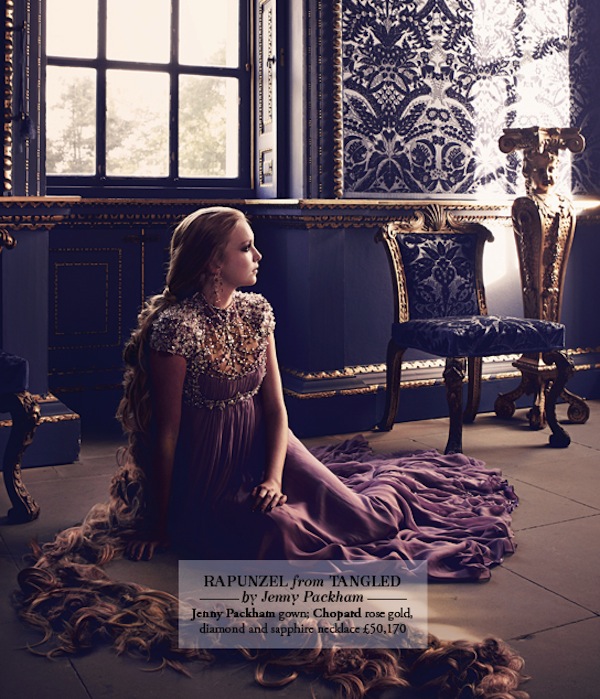 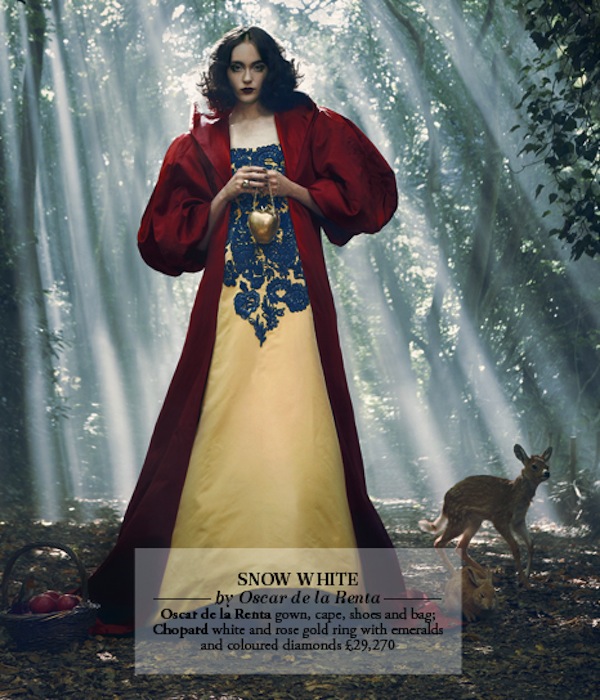 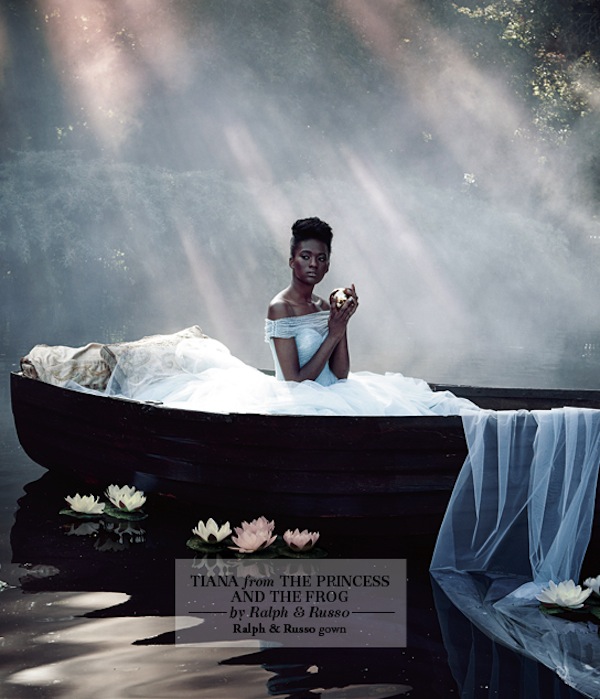 Here's a video of the advertisement as well:

This is totally personal opinion here but...

While the technical level of the photos is very high I really feel as though these miss the mark, or at least, miss the mark I would aim for given this type of project.

Perhaps much of it can be contributed to the look on the models' faces. The listless high fashion look contradicts what a Disney princess should be; animated. Also, the de-saturated treatments take away, again, what's so enchanting about a princess. Instead the viewer is left with an image that feels out of place and overall bland...

I really like the Rapunzel photo but I can relate to what you're saying on a few of these shots. Your criticism is very well written.

It says, "Disney Princesses Meet High Fashion..." Not the other way around. This hits the mark. This would be a big miss if this looked like Annie Leibovitz' disney dreamer series instead of a series for Harrods.

couldnt have said it any better

I appreciate your point of view. I had a different reaction. I love the photography and the concept. I think they missed the mark in the title by crediting the princess references to Disney. These fables existed LONG before Disney, and don't need to relate to the marketing machine and princess portrayal that Disney churns out. Also, the dresses are beautiful. Much to the point Harrods would be making.

I think this was well done.

Now you gather just how creative Annie Leibovitz and her team is. These images are technically good but they fail in communicating any story. None of these resembled the characters they were set to describe. Yes they look great, but no they do not communicate anything Disney and nothing about the stories. The Beauty and the Beast as well as the Alladin images were way off the mark. At least somebody got paid well.

No offense, but "Belle" kinda looks like a drag queen.

I don't believe they were supposed to look "Disney-esque" so, in terms of high fashion and the contras between the two, there was no miss in this series.