Fashion photographer Christopher Cavanaugh was brought on for this photo project that took place in Los Angeles by creative director Terrel Mullen as a collaboration project to expand both their portfolios. It expanded their portfolios and expanded our appreciation of what can be accomplished from behind the camera.

Cavanaugh had reached out to him in hopes that they could work together on a project to add his portfolio in fashion and beauty. Let me tell you that we should all be thrilled that Cavanaugh took the initiative to reach out as the work they produced together is mind blowing and really shows what creative people can do when they collaborate as opposed to “compete.” He was extremely excited about the project because it gave him the opportunity to build credentials and network on a bigger platform with someone who worked in the fashion and entertainment business which is a really underappreciated aspect of collaboration. Of course we want to create beautiful art but we should always appreciate the opportunity to work with people who will inspire us and propel us forward.

As they began to plan for the project, Cavanaugh created a storyboard with an idea he saw a few years back and wanted to recreate it using a beautiful African model with editorial couture makeup and extremely exaggerated avant-garde poses. Art at its best; Take something that inspired you as a base and work to make it your own! As weeks went by, they were able to decide on the final look of the shoot and the model they wanted for it. Cavanaugh was then flown out to Los Angeles to shoot the project. 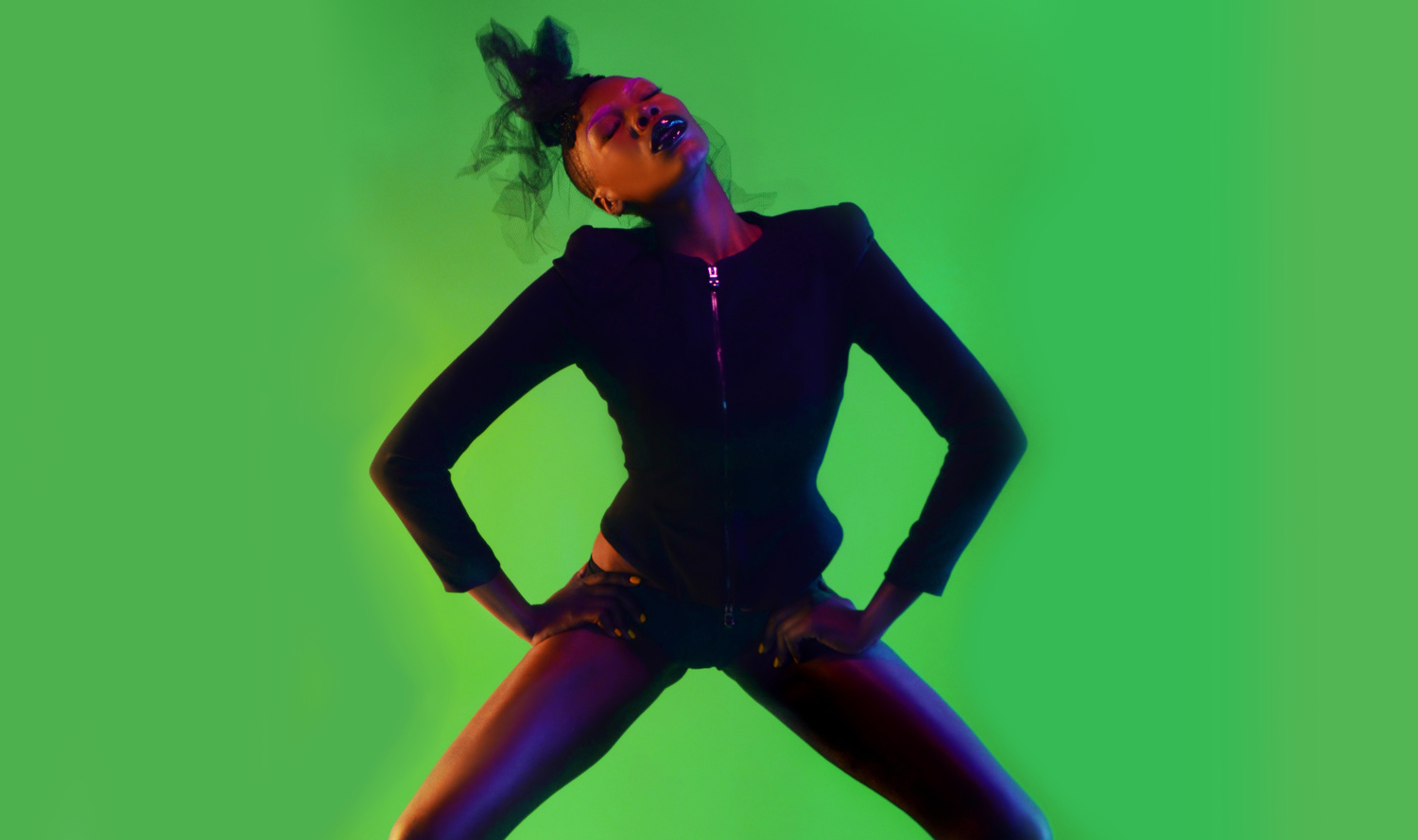 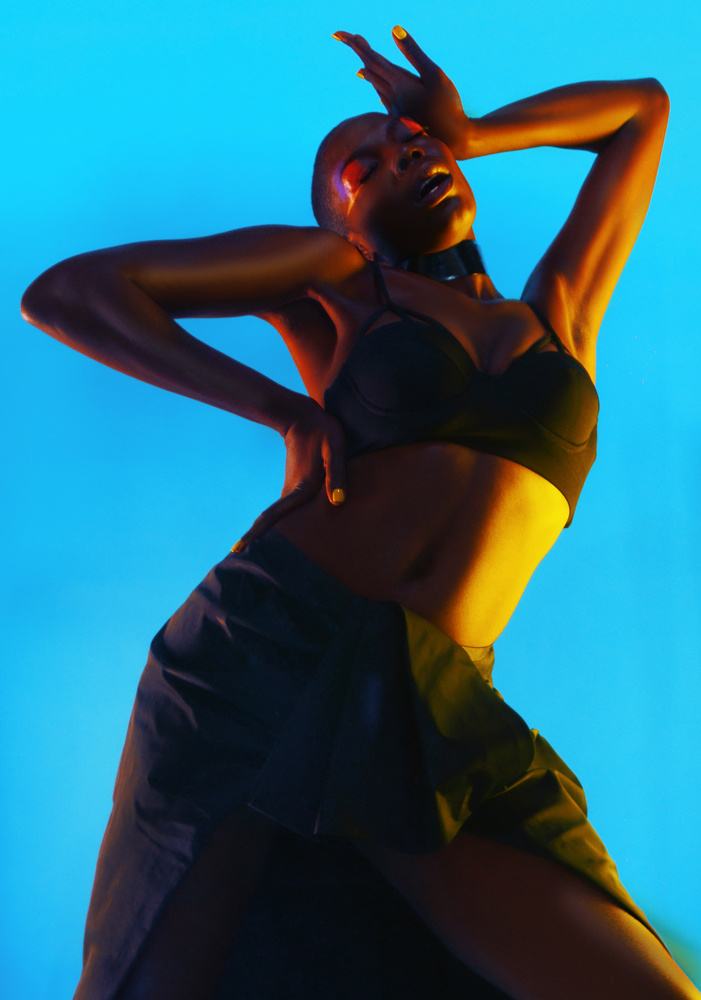 Cavanuagh had used six Alien Bees B800s placed on Kupo Grip C-stands on camera right and left and in front of the model at different heights and angles. The two B800s that are used at camera right were placed four feet above the model, pointed at a 45-degree angle with one yellow color gel placed over it. The second bee B800 was placed on a small Kupo grip floor stand pointed at a 45-degree angle with an orange gel pointed up at the model. Another light with a 30-degree grid was placed on a Kupo grip floor stand with a blue gel, slightly behind the model and giving her the rim light. Placed on camera left and right behind the model was two B800s pointed directly at the backdrop to illuminate it. And the last light was placed on a Kupo grip high roller stand and a boom lifted above six feet pointed down at a 45-degree angle directly onto the model.

When asked about using the color gels, Cavanaugh replied, “When photographing with color gels, always remember that a smaller power in your light would give out more color in the image while the more power you use in your light decreases the color strength from the gels. When creating with color, knowing how to shape light is also very important so that one color does not bleed on into another.” He advises using light modifiers such as grids to help stop color bleeding. 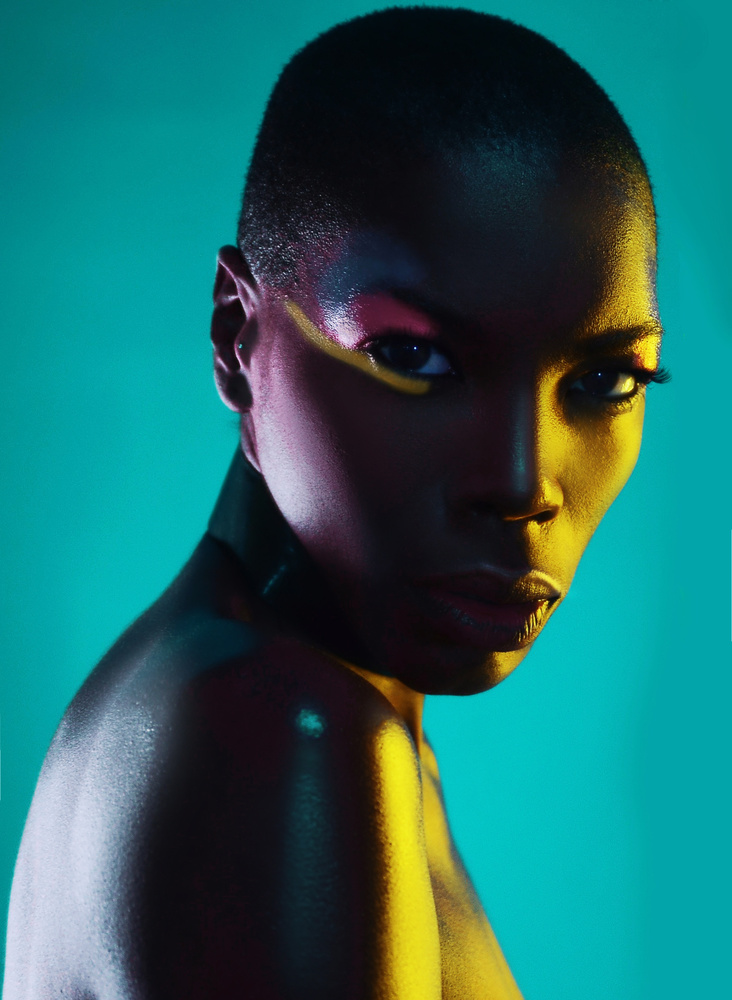 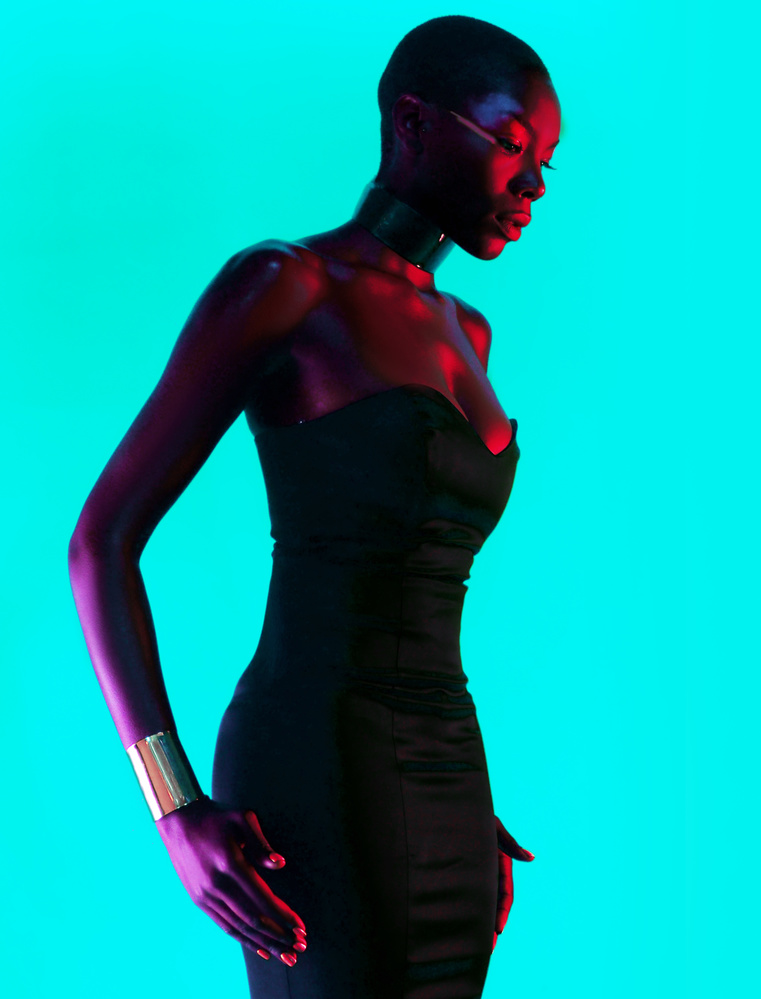 "Never be afraid to try new things we learn through our mistakes to create our best achievements," said Cavanaugh. "And also have fun in the process!"

Cavanaugh hopes that this set of images and information helps a photographer understand a little more how using color gels work and how to use it to sell an emotion and tell a story. He also encourages photographers to go out and experiment with new techniques in their photography. Learn, experiment, get inspired, collaborate, rinse and repeat. Definitely something we can all agree on.

thank you so much

Great post, but I’m a left wondering why were the different specific modifiers that were used left out.
Did they all have 30 degree grids on them?

thanks chad!! the only thing I used were grids and open light with the gels covering them

FYI the EXIF data on photos says the camera used was the Nikon D7000, not the D800E.

I started shooting with gels with umbrellas but the spill was super bad... I also started using smaller, harder and more directional modifiers once I learned how the light behaves, e.g. strip lights, gridded softboxes, beauty dishes.

Apart from the light you still need a kick-ass model of course, as evidenced by the title photo. Love the raw emotion she delivers. What I also noticed is that color saturation is way higher with dark-skinned models. Makes sense, as you can only color shadows, not highlights.

thank you so much