I believe that upon our journey in whatever craft you choose, we encounter people who not only inspire, but assist in pushing us to grow more, and photographer Lucas Passmore has been exactly that for me. Initially, from the Midwest, Lucas is a fashion photographer living in Los Angeles. His regards for the history of photography, ability to capture a moment, and willingness to give back to those new to the photography community made him the perfect person to highlight in my first interview.

When speaking to a photographer I think the first question that comes to mind, is figuring out what their source of inspiration was. What truly brought them to a place where photography would become a lifelong passion. For Lucas, in particular, he had always been a fan of photography as an art form. However his formative inspiration before he had even purchased a camera- was Bruce Weber, particularly his Abercrombie&Fitch catalogs circa 1998-2008. Bruce for him was someone who not only came along and broke the mold in regards to lifestyle photography, he also sexualized it to a means where it brought down barriers within the commercial side of fashion. Granting it the similar liberties of high-fashion. A simple Google of “Abercrombie&Fitch Quarterly,” would give you an opportunity to see exactly what pulled him in inspiration wise. Peter Lindbergh, Herb Ritts, Richard Avedon, and Patrick Demarchelier are other greats whose work has continued to inspire him through his journey.

It wasn’t, however until a couple years later that Lucas would cross paths with a catalyst that would cement the career choice of Fashion Photographer. Kesler Tran is an LA-based photographer, whose body of work -especially between 2010-2013- was refreshing compared to anything he had seen before. His Tumblr [of original work] was a timestamp of sorts that showed a photographer who was thoroughly engaged with his base. Making the aspiration of taking on fashion photography feel that much more obtainable. In 2008 he saw that Kesler was offering a workshop to learn his techniques, so Lucas went ahead and purchased a camera and a couple of lenses taking the leap of faith we all remember so well. They happen to be great friends now and Lucas regards him as the one who started it all.

Photography…especially fashion photography has nothing to do with your gear but rather your vision.

He stated the most pivotal thing he learned from Kesler was that cameras/lights/gear, took a distant second to the only thing you can’t purchase; vision. Your point of view, that is to say, your eye being the true-lens, is really the only currency you have to offer as a photographer, and what clients will go onto hire you for. Once you have a clear understanding of your vision, it truly drives you and motivates you to create and move forward… and from this newfound motivation. The dust will eventually settle and looking back, whether it was your aim or not, you will realize you are an actual photographer. These words are some of the most valuable I hold onto from speaking with Lucas. I initially started contacting him with questions all referring to gear and software but over time the questions and discussions became more driven towards helping me build tools that would assist me long before equipment ever could.

We spoke on the “Masters” (by that I mean Mario Testino, Richard Avedon, Helmut Newton, Annie Lebovitz, Herb Ritts, Bruce Weber, Peter Lindbergh, etc’s), which is a natural topic of discussion for us because it ended up being some of the first “homework,” I received from Lucas; when I approached him almost a year ago. Building a solid foundation as a photographer no matter what background you call your own; begins and ends with the foundation of those before us. This was something he was sure to drive home. Understanding what made their work timeless.

An audience could always recognize authenticity and a real moment versus something that is essentially adorned with a bunch of unnecessary things or overly-retouched. Which is not necessarily a bad thing, however I do believe a lot of today’s fashion photography  will gather difficulty enduring the test of time, because showing someone as they truly are creates a connection—and that is what makes great art, great— and those aforementioned masters excelled at connecting their images with audiences, even now in present day. So I’d say stripping it down gives the ability to capture an essence of a time or moment that will not only serve as a flattering picture but a timestamp on era’s now passed.

No matter where you are on your path regarding a craft you’ve picked up, we all will run into obstacles but it's about constant self-reflecting and moving forward. Lucas Passmore stated that on a micro level his struggles come in the form of post-production. Color-grading and skin retouching in particular. They are of course both aspects of photography that require a delicate touch; in his words “…go too far and you’ll look back at your work six months later trying to figure out why it looks like you placed a bad wedding preset-action on your image and just what the hell you were thinking at the time.” He stresses as many others do that the easiest thing to do is really pay attention to the preparation of a photo shoot, opposed to "fixing it in post" later. For skin retouching, that could mean casting models appropriately for the job at hand; models whose skin is already well taken care of. Also, lighting your shoots properly which can drastically effect color-grading later. With digital photography, it is very easy to get by with mediocre lighting, or even improper lighting- but he’s driven it home that.

…if you just take a moment and really try to ensure that you’ve lit your settings correctly, it can solve a lot of your post production headaches. By this I don’t mean a lot of lights, reflectors, and assistants, but rather little adjustments to your exposure and placement of both subject and camera that make all the difference in the end.”

Advice Worth Taking Away

Our conversations never feel long enough, there are so many questions to ask and Lucas Passmore happens to be a wealth of knowledge as well as a valuable teacher. When asked what parting wisdom he’d like to leave, these were his words:

I would say that…and this may sound very after-school special-ly: You cannot be afraid. You cannot be afraid of yourself. I do not mean the fear of your lack in technical skill or doubting if we even stand a chance of becoming successful in an already oversaturated industry— this is not the fear I’m speaking of. What I mean is: hesitating, suppressing, or failing to endeavor to capture the things that truly move and compel you. Like, ‘Why am I putting this model in this ridiculous outfit, in this ridiculous setting, all for the purpose of a shot? This is going to look bad. I’m just wasting everyone’s time. Everyone is going to think this is stupid. The model’s agent will never want to work with me again. I am not going to do this shot…' 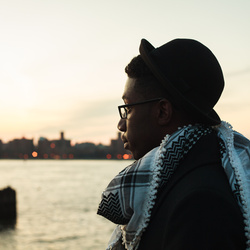 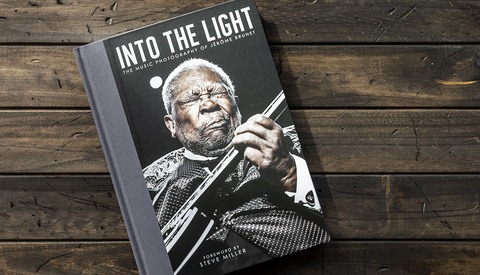