A photographer who discovered a 120-year-old time capsule box in his old family home has developed the images. Deciding on one of the oldest ways to make photography prints, he used Cyanotype to develop the prints and recorded the entire process for this newly released video.

Ever the experimentalist, Mathieu Stern seems to never be short on finding interesting new investigations. For his latest offering, he recovered the box, which he estimates is from around 1900, after a family member saw his last video and notified him of it and its contents.

Buried underneath a series of other possessions were two glass plate negatives. In the video, Stern is seen brushing the prints with Cyanotype, before placing them under a UV light for precisely 27 minutes. Upon unlocking the box, a faint picture of a cat can be seen. It’s upon sliding the print into a dish of water and adding in some Hydrogen peroxide that the image really comes to life. The end result is a sharp and clear photo, with a bluey hue. 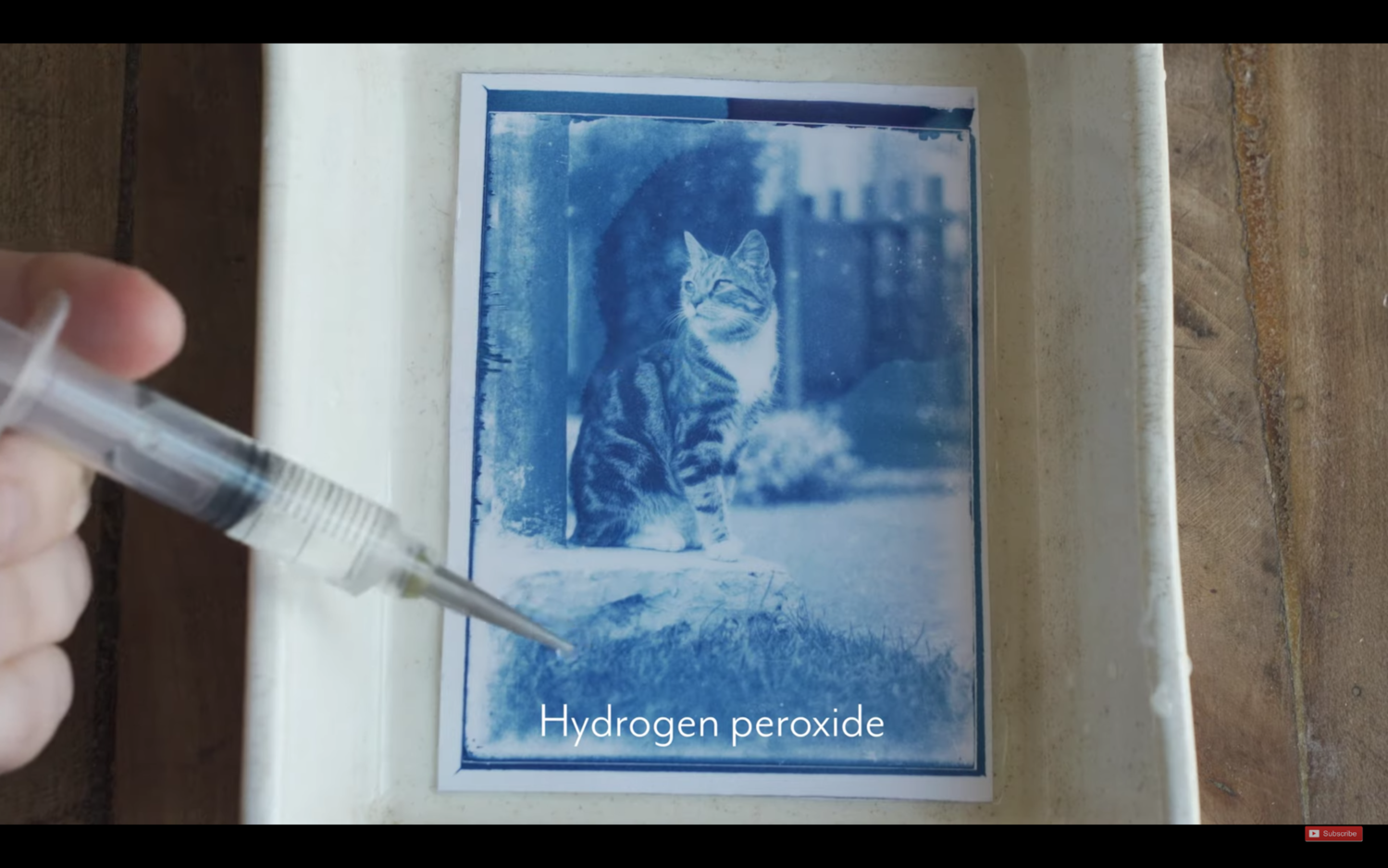 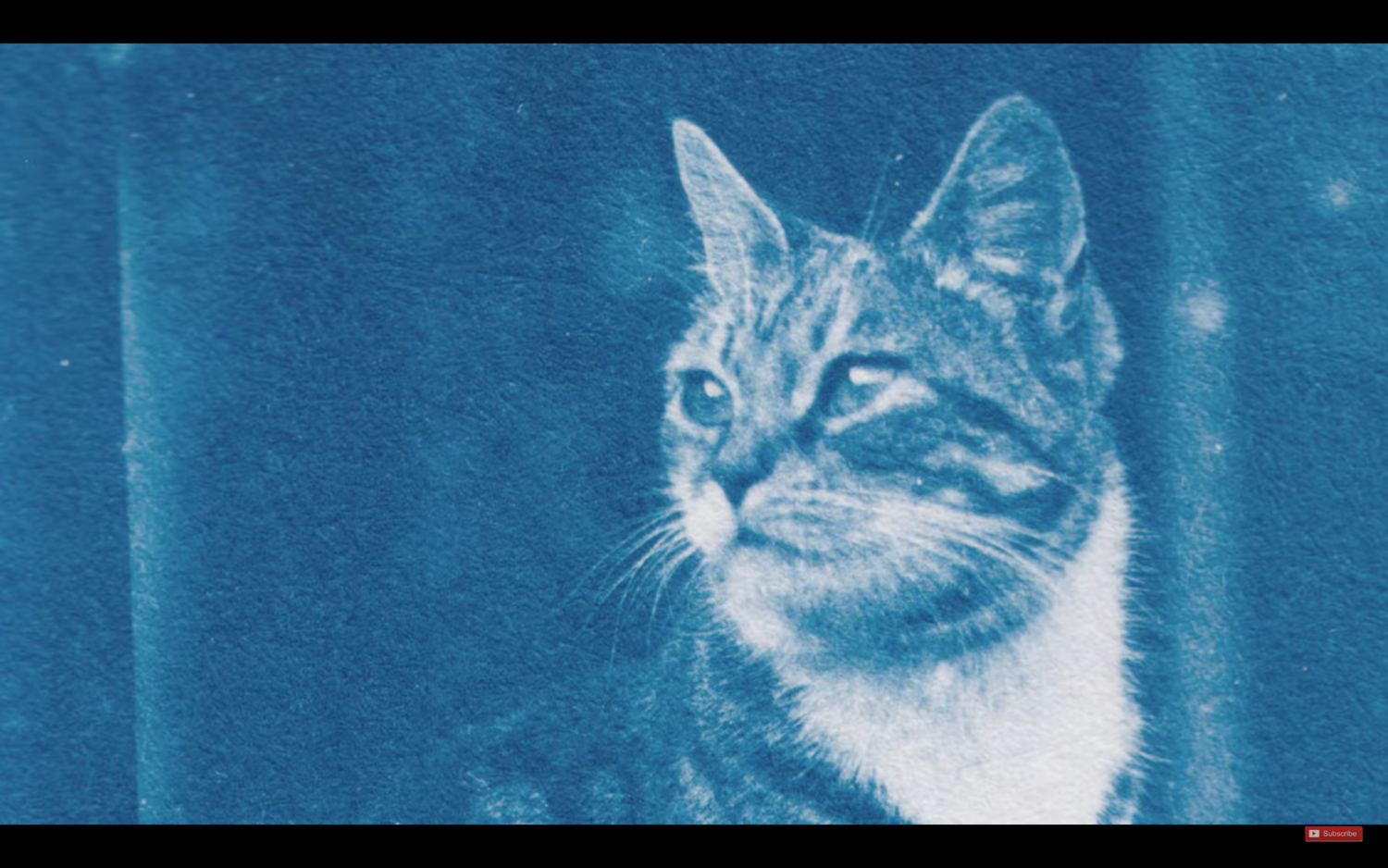 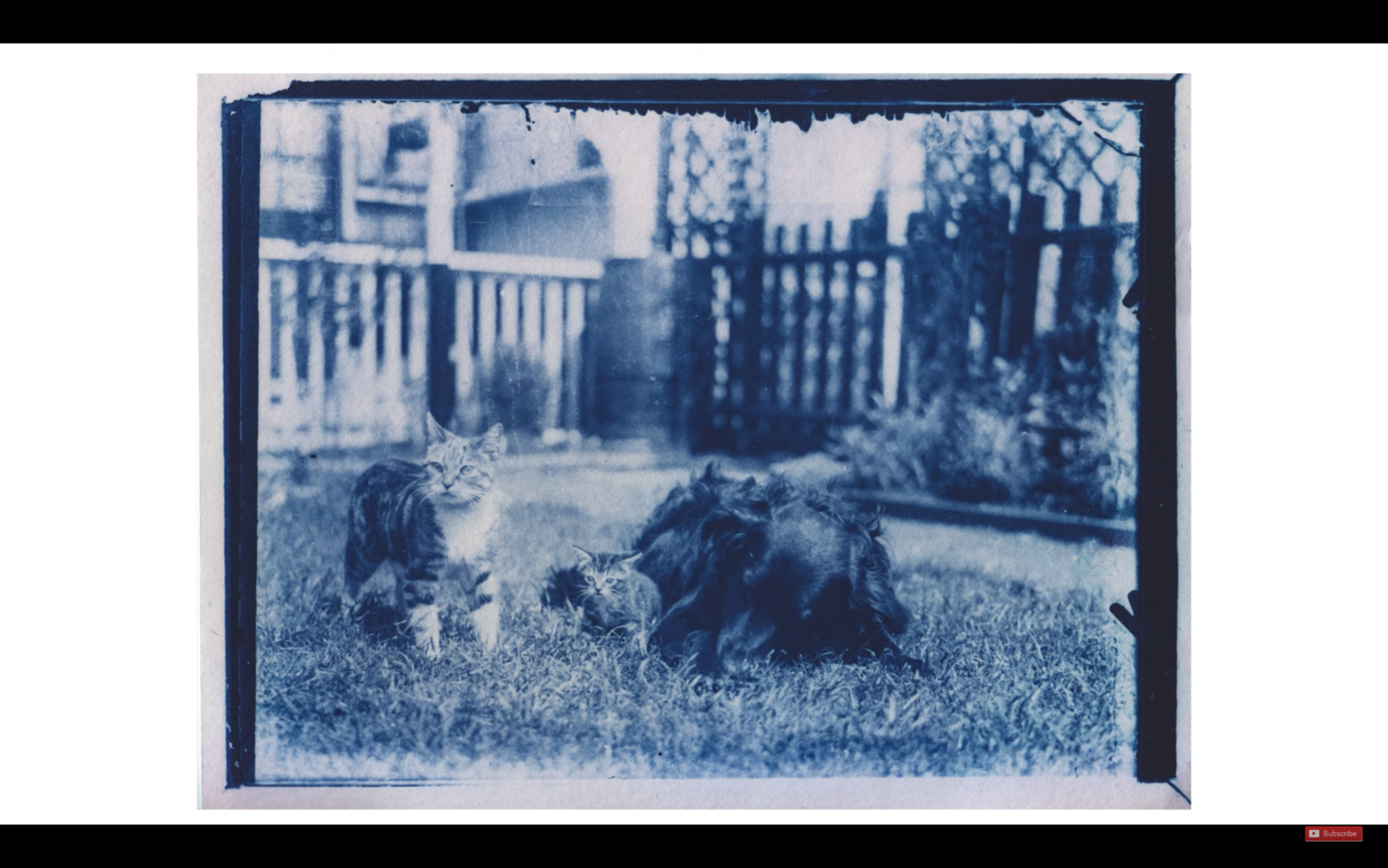 Repeating the process, the second print reveals pictures of more of the photo-taker’s pets. Truly a moment in time!

See more of Stern’s intriguing work at his YouTube channel.

How amazing, I haven’t thought about cyanotypes in years.

So after 120 or more years, we've still not moved on from "cat videos"?

Only kidding. Very cool! I love little windows into history. : )

So funny to find dogs and cats...

So, in 120 years, someone will find my phone with 6000 pictures of my dog sleeping in cute positions lmao!

Very cool video, i love the blue on those shots.

Have a little respect, Mathieu Stern is not 'A' photographer.

I'm not so sure about this for several reasons.
As a collector of old glass plates, I have many hundreds from France, I don't think I ever found one of that age in that type of envelope, all mine were generally boxed and labelled.
The writing on the envelope appears very modern and the term Photocrom definitely doesn't refer to this type of photography.
When the plate is removed from the envelope, whilst partly obscured by the hand, the subject appears to be written as Cat, odd given this is a French speaking part of the world.
The images themselves are just too sharp, even in full daylight those animals would have had to remain perfectly still for some time to achieve this result with the camera equipment available at the time.
It all just seems to convenient given the posters background.

And just to be nitpicky, surely the title of this should be "Prints Glass Plate Negatives" given no developing takes place, the plate is already developed?

So how long is that in cat years? 🙀

The title is just plain wrong. He didnt develop the plates, they were already developed. He made a print, a cyanotype form the negative.