I always find myself drawn to images that juxtapose nature and industry. This series from Brooklyn photographer Thomas Jackson is the perfect example of this. At first glance, I assumed that these hovering swarms of objects were added in post. That's apparently not the case, which makes the series that much more appealing to me.

I think the glow stick image is the most striking. It's also the most recent addition, so I'll be interested to see what else he creates! 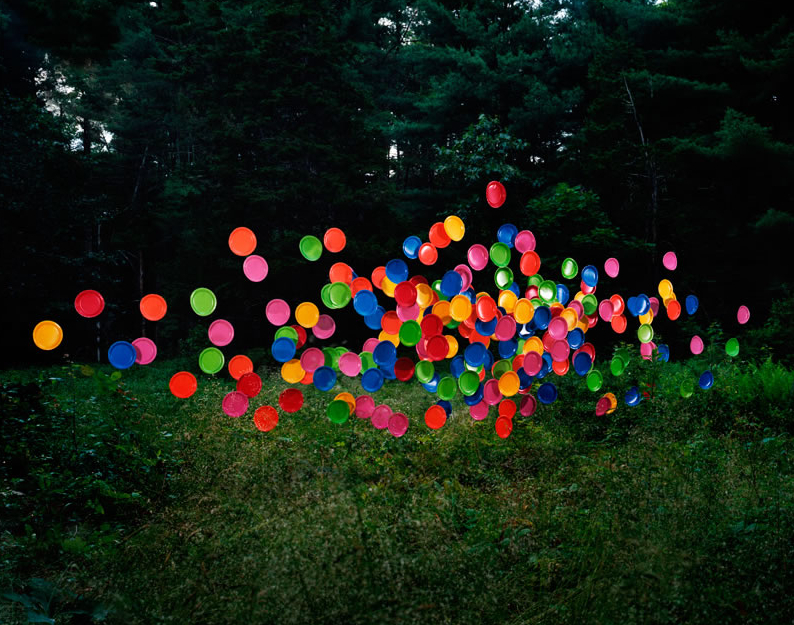 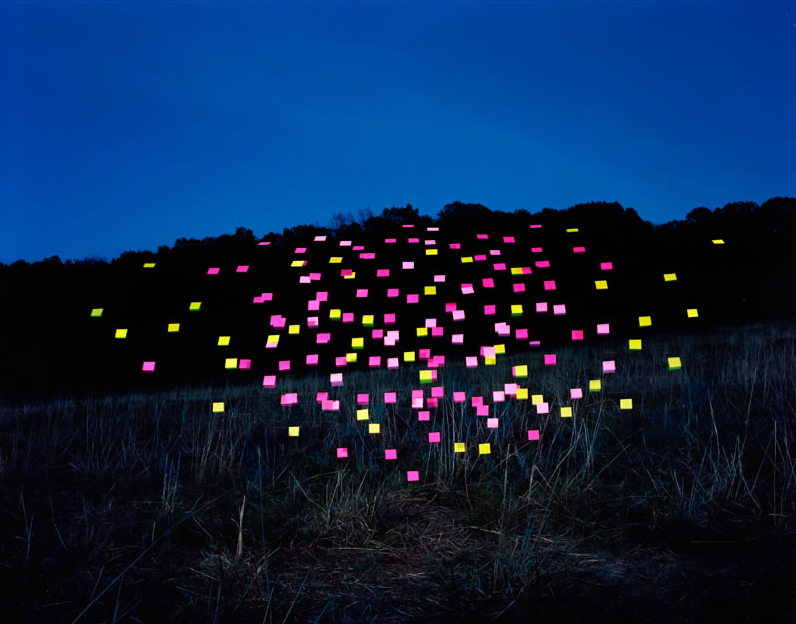 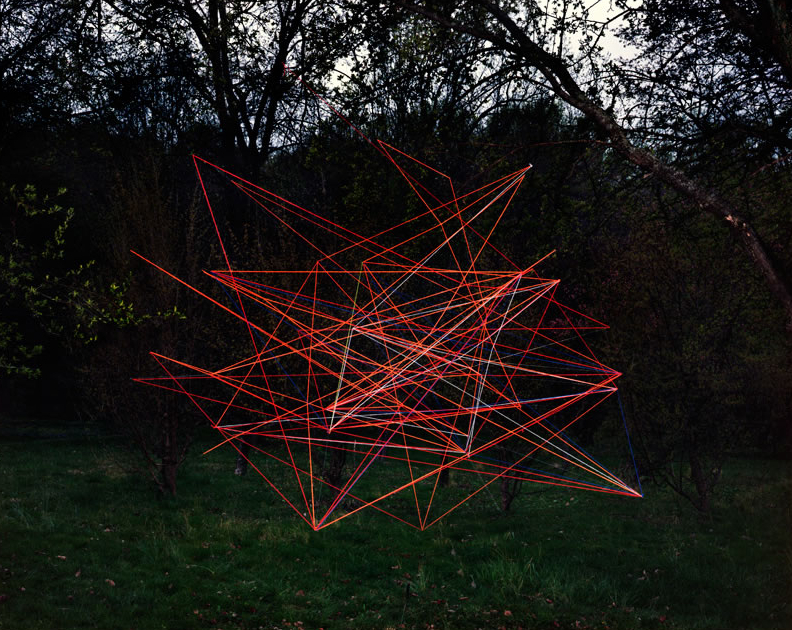 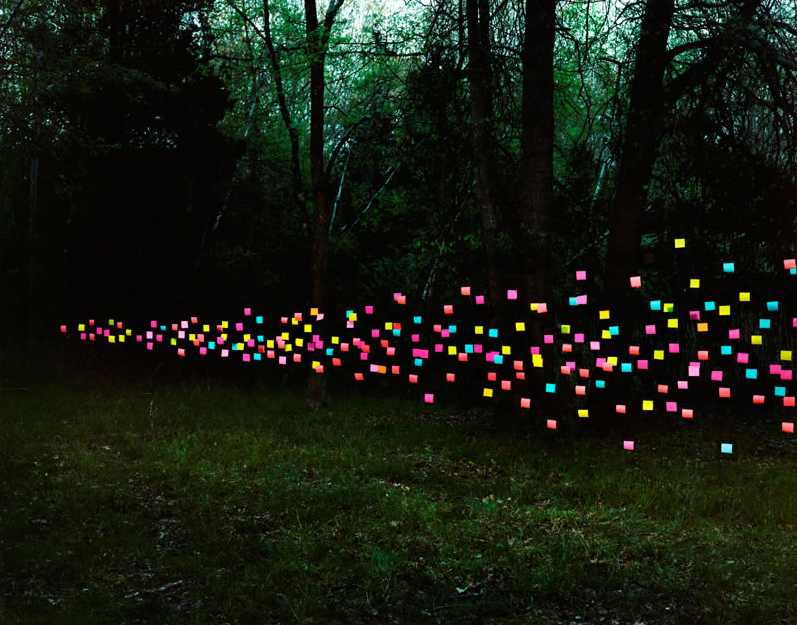 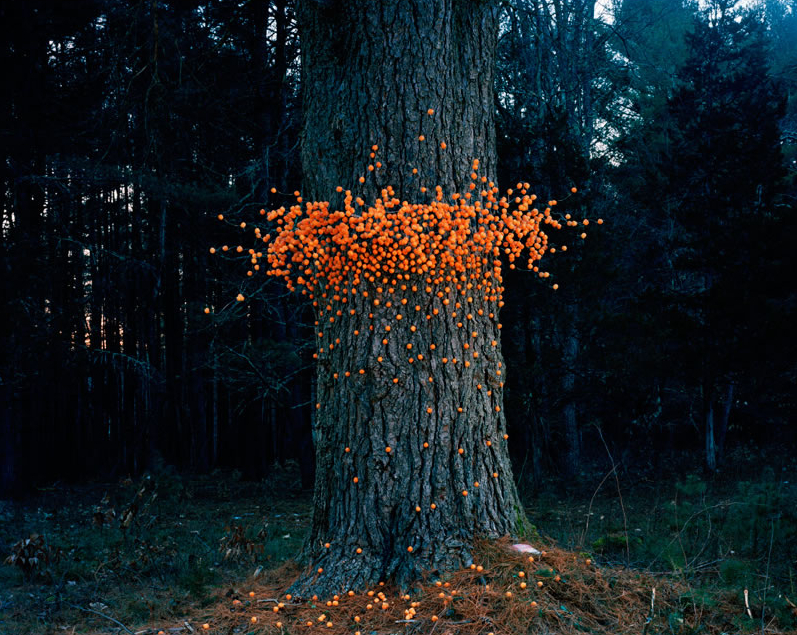 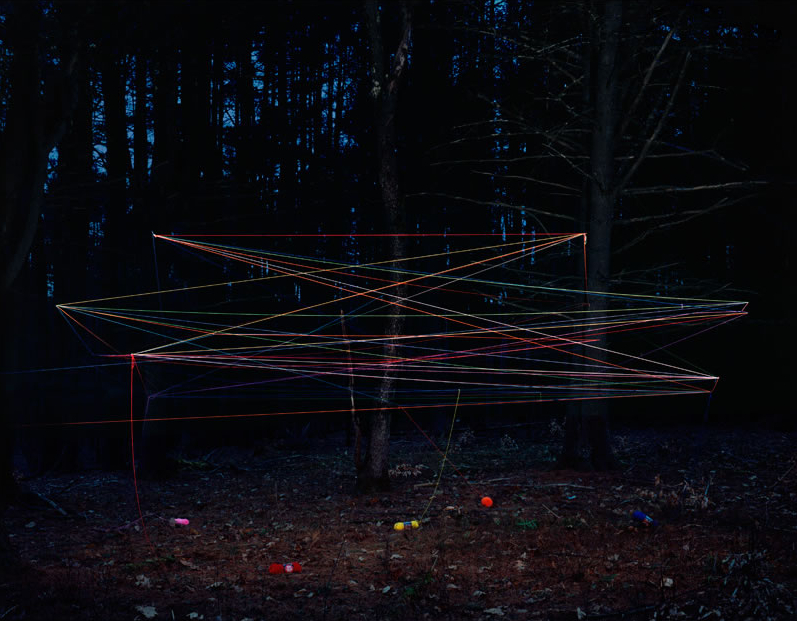 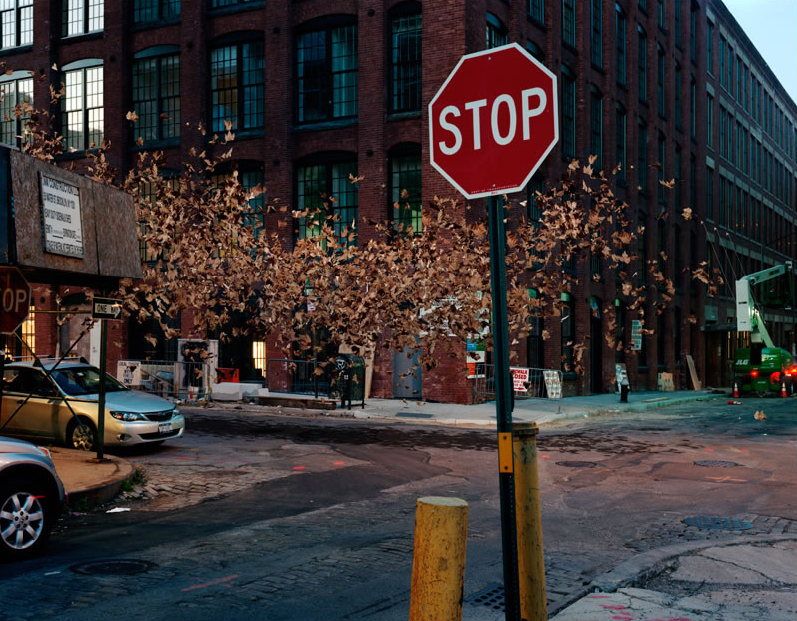 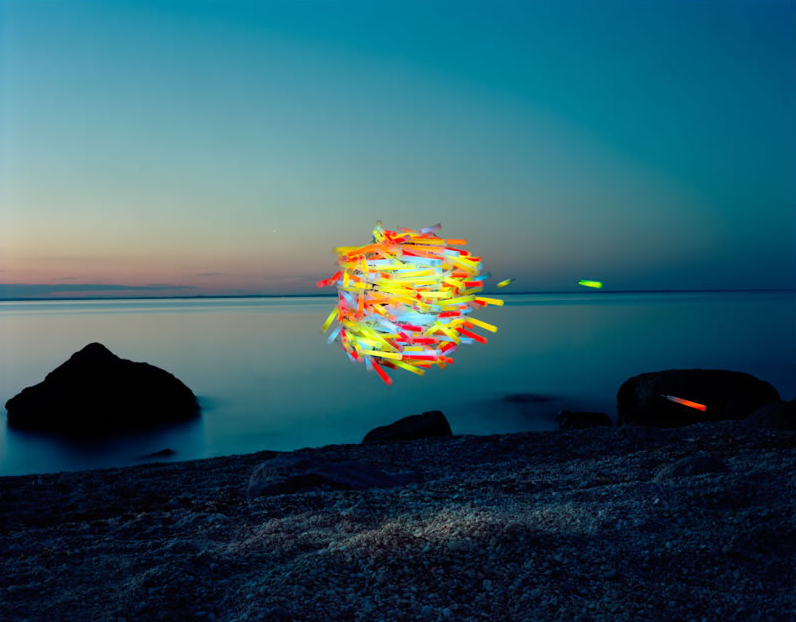 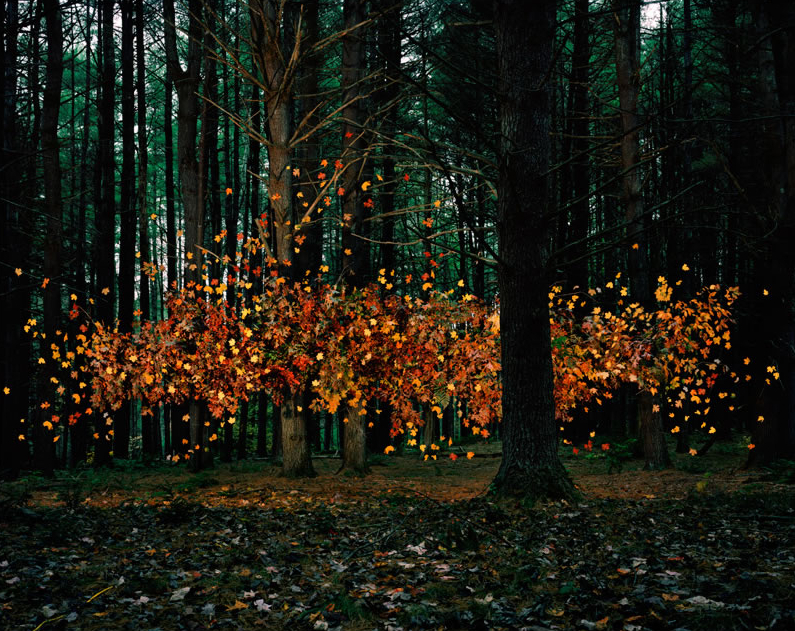 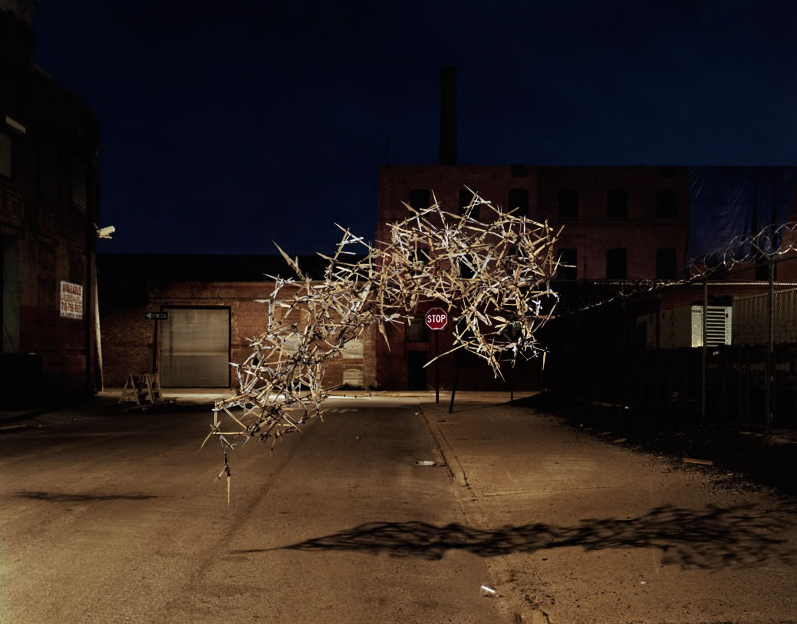 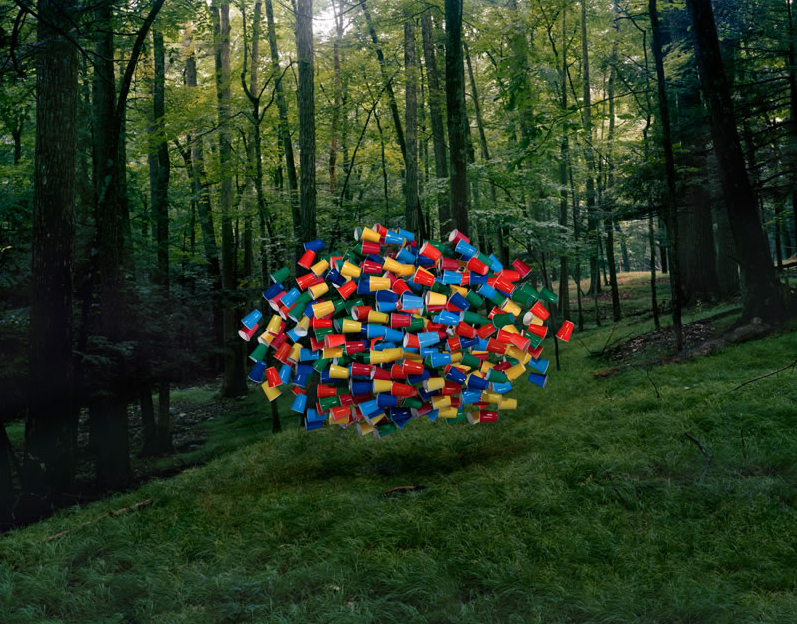 Thomas Jackson grew up in Providence, Rhode Island. After earning a B.A. in History at The College of Wooster, he spent much of his career in New York as an editor and book reviewer for magazines. It was his particular interest in photography books that led him to pick up a camera eight years ago, first shooting Garry Winogrand-style street scenes, then landscapes, and finally the staged work he does today. His work has been shown at Central Booking in DUMBO, Brooklyn, the Minnesota Center for Book Arts, Vamp and Tramp Booksellers, The Center for Books Arts and the Governors Island Art Fair. He lives in Brooklyn.

Wow great idea! Any chance of a BTS video? ;)

So....how does he get these shots if they are not post op?

Amazing stuff...I wonder if they're all done with wires. I think you could achieve something similar with multiple exposures, good timing and throwing items in the air.