The Canon EOS R5 is confirmed to shoot 8K raw video footage, with dual card slots, one CFexpress and one SD UHS-II, and five stops of in-body image stabilization (IBIS) that works in combination with the IS in RF lenses.

There are some pretty huge numbers in the specs announced today:

Drew MacCallum, Technical Advisor at Canon USA, had this to say:

Autofocus has also greatly been enhanced, with face and eye-focus, which also includes the ability to track dogs, cats, and birds using the newly designed Dual Pixel AF CMOS sensor. With those specs, it’s going to pack a serious punch when it comes to storage, so that’s why the R5 comes with dual card memory slots, one CFexpress and one SD UHS-II compared to the EOS R's single SD card slot. No details have yet been revealed to confirm the sensor's stills resolution, but looking at the rumors spreading around the internet, we think it'll likely sit around the mid-to-high 40s. 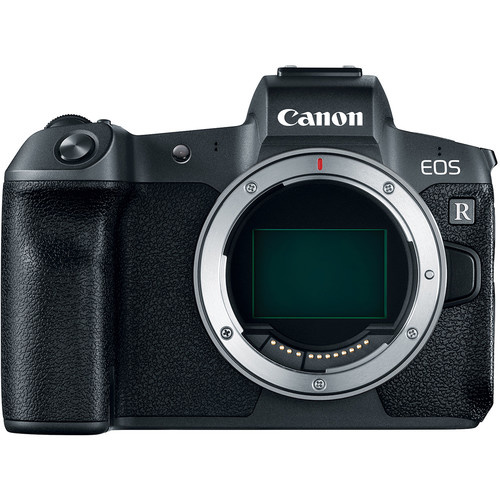 The Canon EOS R shoots 30.3MP stills and 4K video footage, but the R5 is confirmed to do 4K and 8K RAW with the stills resolution presumed to be quite a bit higher.

It looks like Canon still has a rough launch date of early June 2020 and they're still teasing us with the R5's capabilities, but looking at the cinema-style video capabilities confirmed today, it's shaping up to be one heck of a camera, perfect for hybrid shooters that want Canon log video footage and extremely detailed stills.

Well now that I spent my camera fund on staying alive, what in the heck? What a beast!

a nikon user looking for a good video stills camera, this really looks great.
d780, is too much money and no grip/pack. the z cameras are lacking critical features for me. lets see what nikon can do down the line.

Out of interest, what are these missing 'critical features'?

read reviews for features that are lacking. for me whats critical isnt whats your critical.

Thats not what i asked you

Why say it then? Im asking a genuine question to you what you class as missing critical features on that camera? i dont understand why you cant just name them, you obviously feel strongly enough about it to mention them.

Fuji, but I do think the Z series is the strongest mirrorless system at the minute, stunning lenses and 2 solid bodies to start with that are ergonomically perfect and packed with great features.

I think they did decent with the first z cameras. their first effort is a mk 2.3 of sony's mk3 effort.

gen2 will fix all the gen 1 shortcomings.

im good with dslr for now. well see what they deliver. should be a z8 on the way
d780 is too expensive for what it is. needs prores, and a battery pack and id get 2.

The lack of battery grip is one thing I think they failed on definitely with the Z, and the D780 is a great camera but yeah too expensive. like you say a Z8 with correct features will finish off the first gen bodies nicely.

I have a feeling Nikon will be taken over by one of the bigger boys, I don’t think anyone in photography world will let them and their legacy go under but they can’t carry on like this.

I want another DSLR as I still have a couple of great lenses not getting used.

"like you say a Z8 with correct features will finish off the first gen bodies nicely."

On paper it looks like it's going to be a great camera. But at what price?

Wow. now those are some seriously impressive specs. It may actually be difficult for the competition to match them. here a great video talking bout the specs and comparing it to current mirrorless cameras. - https://youtu.be/eqb4O-Uju5Y

On paper a superbly impressive camera. Let us hope we find the actual features usable.

The other issue is how most people use their video cameras. My experience is they are played back on monitors or the web and only rarely on large screen TVs where even 2K looks pretty good.

I can see that the claimed 16 stop DR will give the tingles to a lot of potential buyers.

I'm interested to see how this thing is able to dissipate heat, of which there must be a lot of.

Well video specs wise it's promising. I hope for photos as well.
But my main concern is its low light capability. With that alleged high megapixel count, I can only assume it's not going to be better for higher ISO sensitivity.

Maybe Canon will surprise us.

Is it me, or is it eating the 1DX Mark III alive? Except for the stills bursts speed....

How? It targets a very different market. Most of the people who will seek a 1Dx series are more on the still sides of things. Plus, most of them will not appreciate the shift to mirrorless due to the fact that they always seek the familiar feeling of their previous cameras.

I was hoping that Canon would finally let us know about the sensor. It's highly unlikely that I would buy the R5 due to budget considerations, but being gizmo oriented, I'd like to know about the sensor. At least for we stills shooters, we know that it has good memory cards and the 5 axis stabilization is terrific.

The heat side of the equation is interesting. Canon (and Nikon) chose to make their mirrorless bodies larger. Perhaps they were thinking ahead after seeing Sony cameras being crippled from heat buildup.

I have no evidence to back this up, but I can picture Canon's top execs sitting in the board room saying, "it's time we show Sony what a real camera company can do." :-)

Sadly, I think a lot more people are budget constrained now than where we were in February.

Yep! In my case, our income is fairly steady being retired. Pension payments, Social Security, and our investments give us a comfortable life, but no real extra to buy neat, new toys. But, I'm not complaining. Many are struggling now. I just hope we get the economy back on its feet before too long.