How To Tether Your Camera To An Ipad Without Jailbreaking

Last year I released a video explaining how to wirelessly tether your camera to an iPad by jailbreaking the iPad. Since then Eye-Fi has released a firmware update that makes wireless tethering possible without the need for jailbreaking. Now, not only is the whole process much easier to set up, it is also much cheaper because you no longer have to pay for the more expensive Pro Eye-Fi card, you can make this work with the cheaper Connect X2 card.

Today Eye-Fi released an update to their iPad app which includes some pretty helpful updates.
New features:
- Landscape mode support in the gallery view
- "Add network" button to automatically add the Wi-Fi network to the iOS device even when the Direct Mode network is not broadcasting
- Directly transfer from iOS device to computer when they are on the same Wi-Fi network (requires the user to set the computer destination for the iOS device in Eye-Fi Center again to enable this feature)
- Email up to 5 photos through the native mail app

User Interface:
- Show icons for items pending transfer and actively transferring
- Icon in the tray to indicate when connected to a Direct Mode network
- Added Spanish and Italian languages
- Double tap to zoom into a photo (only on iPhone4 and iPads)
- Smoother transitions when swiping through photos
- Single tap to dismiss the navigation elements in single photo view
- Provide feedback when card is not paired to device on a Direct Mode network

Other:
- Stability improvements
- Turn off video transfers from the Eye-Fi Card to the iOS device if the video type is not supported by iOS
- Screenshots are now automatically uploaded

If you had a little extra money I would suggest buying the ShutterSnitch iPad app as it has many more professional features and the new version is extremely stable. I've also found that I still prefer the older jailbreaking method of tethering (which requires the more expensive card) for a number of reasons. If you have your device jailbroken anyway, the "old" way may still be the best way. 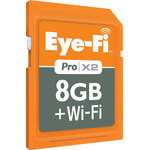 Eye-Fi X2 Wireless SD Card The Eye-Fi X2 card is the perfect companion for any SD capable camera (and some CF cameras can use this adapter). Almost every photoshoot we do now has the iPad tethered for close monitoring of our images. [Amazon | B&H Video] 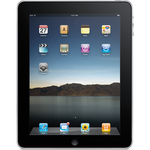 Apple iPad 32 GB Almost every photographer these days is on the go, and the ipad is the perfect travel companion. The battery life is simply awesome for all your multimedia needs when traveling, and the ipad has become our favorite digital portfolio. Also the iPad allows a photographer to easily tether to a camera for on site review which is really cool. This is not a replacement for a true computer but it's definitely a good accessory for any photographer. [Amazon | B&H Video ]

With the new firmware update you can actually add the Eye-Fi's Wifi settings onto the card and use shutter snitch without jailbreaking. If you take a screen shot of the Direct Mode Settings, you can add them onto the card whilst the card is in the computer.

This works great, I use it on my Nikon D7000 and Canon 60D and transfer jpegs to the ipad way faster than a camera connection kit.

Jailbreak is no longer necessary to use Shutter Snitch. By the way @RLMorrisPhoto:disqus I bought my ipad soon after you released the first video, I've got all my photographer mates onboard too.

so what if im shooting with a 5d markII am i outta luck?

It didn't work with my Canon 7D and SD-&gt;CF adapter!!! Camera shows card error! Any suggestions??? Anyone have same experience?

Tima, the Quenox SD/CF card adapter works in my 7D so far. Limitations are described in my posting above! :-)

Great review, i'm already using the eye-fi card for a couple of months now.
I use the eye-fi Pro X2 card in my 5d2 using the Delock 61796 adapter(only this model no. will work!), this is one of the CF adapters that works flawless in my 5d2. This adapter needs an UDMA compatible body, so only works in newer CF cams!) You'll only need to modify the adapter since the aluminum covers will cause a signal loss. You can find alot of users on the eye-fi forum that have success with this adapter with other cheap cf-adapters you might run into some issues.(quick test, if you can't format the card you've got the wrong adapter) You'll only need to keep in mind that this solution isn't officially supported. If you use an older CF body you'll might get away with using the non-x2 eye-fi card(caused by the udma thingy), but then you can't use all the new awesome features ;)
With this cf-adapter there are even users that use 2 eye-fi cards in their pro body and let one card send the image to the ipad and 1 card send the image to the computer :)

I would like to add a few things to your review:
The file transfer will be slower when you use the direct-mode compared to a connection trough a router/accesspoint.
This software is also available for  Android tablets, i've tested it and also worked perfect.
The card will switch to direct mode if there is no pre-configured wifi network available, so use can use the network in your studio for more speed and working distance and when you go outside the card will switch over to direct-mode.
In the eye-fi software in the direct mode tab there is a "start direct mode" button at the bottom, if you hit that bottom your direct-mode network will fire-up so you have all the time to connect your devices.

just for those that might want more info on the using the CF/SD adapters, i wrote a blog post about this http://danylophotography.com/blog/?p=439

Can anyone tell me if its possible to send video using this card?

This is a bummer for 5D users..No CF card from Eye-fi WTF?.. Card adapters are going to kill the signal WTF?..

What a pain in the ass.. Whats the point in saying that SD cards are the future when no company has outlined this is certain..
Why don't these businesses just wake up and sell what people ask for...Doesn't enough forum screaming make them think that money can be easily made from ventures like this..Apple are always gonna be my favourite computers but Jesus they are retarded for not allowing tethered shooting for the photography world on their iPad.. Give people what they want..They will love you more for it..

Eye Fi are a slow and cowardly company. They have missed the boat and they know it...

Or, if you have an iPhone or other mobile that can create a wireless network, you can connect both the Eye-Fi and iPad to that network. I have used this a lot. Turn my phone which is in the bag or my jacket, and it works realiable. And without jailbreaking.

I'd just prefer to have my iPad visibly show what's tethered to my computer.  I know Capture One has an app just for that purpose.  Is there any other way for an iPad to mirror wirelessly what i see on my computer?  Lightroom for example...

I use iDisplay as a second monitor when I shoot tethered. In lightroom, the secondary display option is enabled and when i shoot, it is displayed on the ipad as a "2nd" monitor.

As far as I can tell searching on the web, ther is no CF I adapter for an SD card. Who ever makes a CF I wifi card that is direct to our tablets will selling a bunch of them. This is maddening myopia  on the manufacturers part.

As far as I can search on the net, there is no CF I adapter for a Eyefi wireless card. This is a bungled lost opportunity from the card manufacturers Most likely it stems from getting permission from the camera manufacturers. As Thom has said they are behind the curve on givings us really useful new features- instead it is a repackaging of th same old ideas. Nikon's wireless solution is a dinosaur.

Eye Fi knows their business is over once Wi Fi is built into all cameras. That why they won't develop a CF card. You are correct, a bungled, missed opportunity. Pro's have been asking for a long time. Eye Fi's Busness Development Manager is obviously the one-eyed work experience boy. Idiots.

Does it work with RAW files as well? Or only in JPG mode?

I think it works with RAWs but I don't know why you would want to do that. It would be crazy slow.

... and I guess an iPhone or iPod Touch can be used in the same way right?

Lee:
Can you connect to a laptop with wifi instead of the iPad, iPhone, or iPod Touch?

yup. I find it slow for some reason though, for all applications. Definitely not as quick as Lee's in the video

Ok I posted a video on this months ago including compatibility and work around see weblink below this will answer you questions for you.

Thanks for the post, Lee. We actually sell a CF adapter that works with Eye Fi Cards. We've blogged about it here: http://tethertalk.com/2011/09/28/solutions-for-tethering-to-your-ipad.

I used mine first with a friend's Rebel XS since it wouldn't work with my 40D. This was after testing it with a Sony NEX camera. Now I have a T2i, and it works wonderfully.