A photographer in New York has filed a class-action complaint against Sony for alleged defects that cause unreasonable failures in the shutter of the wildly popular a7 III.

The lawsuit reads: “Unfortunately for many purchasers of the a7iii, mechanical problems with the shutter have rendered the cameras unusable provided they do not pay over $500 for repair to an authorized service center.” It explains that while the life expectancy on the a7 III is estimated by Sony at 200,000 actuations, “numerous users report shutter failures” that are far below this figure, sometimes as low as 50,000 or even 10,000 actuations.

The lawsuit emerges more than 18 months after a spate of rumors claimed that the a7 III’s shutter was potentially defective, with multiple owners reporting shutter failures in various Facebook groups. It remains unclear as to whether the a7 III genuinely has an issue or if the popularity of the camera combined with social media algorithms exaggerated a problem that is not unique to the a7 III.

As reported by Fstoppers in August 2019, there are often warning signs that the shutter on a mirrorless camera is about to fail. If you notice the phenomenon, you can at least continue shooting by switching to a completely electronic shutter until you can have your camera repaired. This avoids rendering your camera inoperable when the shutter fails completely.

Does this lawsuit have merit? Let us know in the comments below. 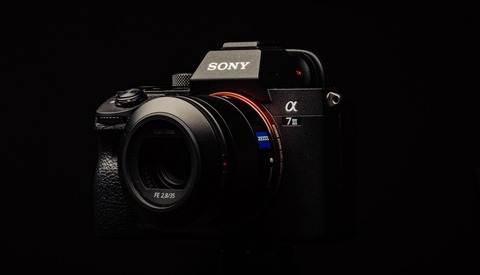 Gear / August 14, 2018
Eight Things Stopping the Sony a7 III From Being the Perfect Camera

I'd be curious to see data on how many shutters have failed and at how many actuations. This all falls on a normal distribution, and there will be unfortunate cases at the left end of the bell. The question is if their numbers deviate significantly from the expected occurrences.

Uh wasn't this the point of mirrorless? Sony lead the way on this and now their stuff is broke? BRB, just going to hug my 5D Mark 4.

What is it you think was the point of mirrorless?

Sorry, but Canon probably uses the same shutter manufacturer as Sony. And no, the point of mirrorless is to get rid of the mirror. The one that Canon has been known to have dislodge itself.

As with many other cases: problems can occur. What makes a difference is how problems are handled. While it may be legally correct based on T&C and other fine prints, in terms of customer relationship management and managing customer sentiments there are better choices.

The severity of some of those damages looks like owners tried to fix it themselves. I know because a couple of years ago, I tried to fix my a7II when the shutter got stuck. After repeated failed attempts of fixing by turning the camera off and on..and removing the battery, I used a flat-head screwdriver to try to lift the shutter with the finesse of a caveman. :D They are easy to bend, but, takes some force to tear off. I don't think the spring-load mechanism has enough force to tear the shutter like those photos, which could be why Sony won't cover the damages, IMO. 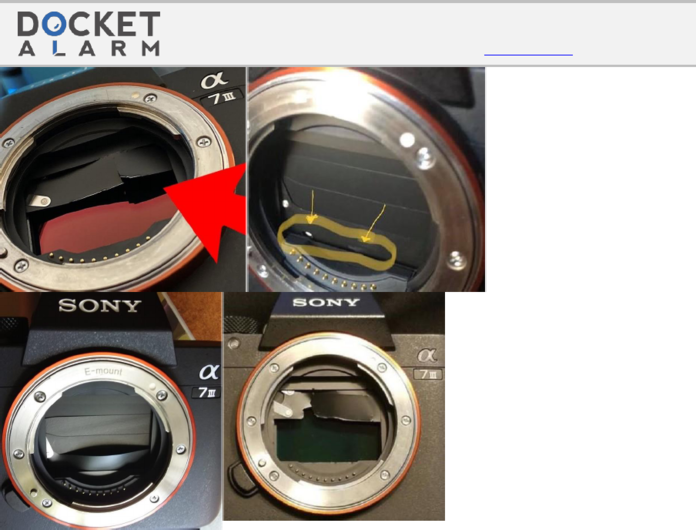 its so common with sony products, A7Rlll have problem as well with image stabilisation.

i wish it was just sony! Same happens with Fujifilm!
I've had shutter malfunction on Xe3 with less than 40.000 images.
Also had an XH1 that had around 15.000 clicks and was absolutely mint! Suddenly the IBIS needs replacement... over 600 euros.
INSANE.

Both happened in the same month and both after the warranty had just expired. coincidence or not, it was terribly frustrating.

Malfunction is indeed very annoying, but this seems to me another futile court case that clogs up the legal system in the US. The only beneficiaries are lawyers...

Reminds me of the silly lawsuit which involved a gibbon which took a selfie of itself.

My A7III experienced shutter failure just 8 months after purchase. I may have been just shy of 10k actuations. Luckily I was still under my one year warranty and they covered the cost, but you better believe I have P TSD every time I shoot a session and I'm terrified of it happening again

Having a A7III we're reading this discussion with some mixed feelings. Mine is still fine though. And i am not going to stop using the mechanical shutter.

We don't have the numbers and we do hope the class action suite may give us those.

What i know is that the same shutter will be used in other camera's withing Sony or in other non-Sony Full Frame body's. It's too early to determine whether the Shutter itself is to blame or the construction of the driving mechanism, or the software behind it. And abuse may be another factor.

Due to the IBIS, sensor, smaller body things are more crammed together than with the traditional DSLR - heat may be an extra factor too. Materials expand with heat-differences and may cause stress.

It's not the first time Sony has had worse shutter numbers than other brands - when looking at submitted statistics. The main issue is, things may only be reported when it goes wrong. Never had a Minolta or Sony shutter fail in my camera's though. I'm not a pro - just a plain amateur photographer, and i'm picky on my material - it gets treated like a baby. And i rarely have more than 100000 actuations - the only camera that got that high was a 2nd hand A900.

Let the information flow - even when it's bad news, it's better to have proof. And in the EU we have protections for consumers against hidden flaws. So Sony time to do your research and respect your customers!

It will be interesting to see how the court case goes.
Are there any earlier precedents involving camera shutter failures going to court as googling 'camera+shutter+count+legal+court+case' only comes up with this one.
It could set the precedent for the whole industry.
Let's hope as consumers that it isn't settled out of court, and that it goes favourably for all concerned.

It will probably come with new issues caused by battery drain and overheating ;-). Nevertheless, over the past 45 years I've used countless cameras of different brands, but never experienced what I saw on those pictures or even a jammed shutter. Now I consider myself lucky for a great number of reasons but I can't help thinking that usage has something to do with this as well. Judging from the great number of older Canons, Nikons, Leicas and whatever other brands steadily plowing along, a reliable shutter mechanism isn't rocket science either.

That's why every professional that I've met, except a select few, have a backup camera. Equal or better than their main camera 🙄🤦

I'm not a top professional (imo) and yes it costs a lot of extra money but that's why redundancy is important especially if it's a mission critical item.

I don't keep backups of lenses because I test them thoroughly after I purchase them and I feel like the likelihood of them failing is extremely low.

Cameras, batteries, strobes.. I do have at least one extra of those. Just in case something goes wrong. Even though nothing ever has for myself I've seen it happen to many other people.

There are certainly defects out there and I know everyone doesn't fit into this category. however many of the people I've seen have issues are either very hard on their equipment. Or they rent. I'm sure some will disagree with me and although I feel like they should be tough and durable some people are just excessively rough.

This reminds me of a wedding I was involved with a couple years ago. I was only there to take ariel photos. The main photographer which came with glowing recommendations (surprisingly.. I'm still not convinced he didn't actually pay off some past clients, all the work I've seen is pretty terrible and most people could do a better job with a phone 🤷). Back to the point at hand, lol. He was using the a73. Right before the ceremony the shutter stuck. he ended up renting one of my cameras for the rest of the day because that was the only camera he had. I left right after the ceremony and he asked if I would take a look at the camera. I took it home with me and I don't remember the exact amount but it was well over 100,000 actuations on the shutter and I couldn't believe how dirty and nasty it was inside where the sensor was. it was at that time I actually found a sticker on the battery for best buy. I sent him a text and gave him the bad news and he wasn't upset. Since he was able to rent mine (which in hindsight I regret) he didn't mind because he said he'd get his money back from best buy when he returned it!

When I got my camera back I couldn't believe how filthy it was and they were fingerprints all over the sensor. People told me later that he was pretty wasted by the end of the night. One person thought that he had even spilled champagne on the camera but I actually couldn't find any signs of that.

I stand by my recommendation that people should have a backup, regardless of what the manufacturer is.

I was at a show in Chicago several years ago and saw a brand new Leica camera fail. I don't know what the numbers are for that but I was pretty surprised and so was the guy that owned the camera.

Overall I agree that this is just a waste of time and taxpayer money.

I can't imagine a wedding photographer with only one camera body... that would be adding to what is already a stressful job.

As Mr. Scott once said; "The more they overthink the plumbing; the easier it is to stop-up the drain." Sony may out-produce Nikon but they will never match the long-term quality of Nikon. Lets see if Sony will ever have a 12 year old product like a D700 still hitting it out of the park. I think not.

Nice quote. Sony acquired Minolta's camera division incl. a whole factory and its staff in 2006. Minolta was a very reputable brand and Sony should be capable of producing great, reliable cameras. It's not that they're new to this: Sony produces professional video gear for decades. Many TV studios rely on them. I've used Canon and Fuji and now Nikon and Leica for many years. Only let down by Fuji a couple of times but even them I consider an A-brand just like Sony. I guess it's also a matter of usage...